REVIEW: Sonic the Hedgehog might just be the start of something…

A movie based around Sonic the Hedgehog is an interesting gamble in 2020. Typically with properties based on niche markets or highly-specific genres, studios can rely on the built-in fanbase and then work outward, hoping to expand the scope of those who might want to give the movie a chance. When the property is part of pop culture, like a video game mascot, you might think there’s a good foundation of popularity to build on.

The trouble with Sonic is his hardcore fans are more often than not frustrated with the direction of the character and games over the past twenty years. When video games moved to 3D with the 32/64-bit era, many big franchises of the ’80s and early ’90s failed to make the transition. For every Mario, Final Fantasy, and Metal Gear, there was Castlevania, Mega Man, and, well, Sonic.

A gem here and there can be found but for the most part, the blue blur has never recovered from the shift away from 2D sprites. The only way a Sonic movie could be a hit would be if, in the lead-up to release, the studio did a tremendous job appealing to the SEGA fans of the 90s. With a little luck, word of mouth can spread and a big release weekend can, maybe, propel the film to “hit” status.

…and this was the first impression Paramount gave us of Sonic…

As you can imagine, there was quite the response.

Only, it wasn’t vitriol or rage. Instead, everyone reacted with mockery; that’s what you do when you’ve long-given up on a property. When it screws up yet again you’re usually well-beyond being mad at it. Instead, you just laugh and say “same old SEGA.”

That was then…this is now.

Sonic the Hedgehog is finally out in movie-form and the results are astoundingly opposite of what the film’s first impression would have you believe. It’s a remarkable turnaround and there are three important takeaways from it…

LISTENING TO FAN FEEDBACK CAN BE GOOD 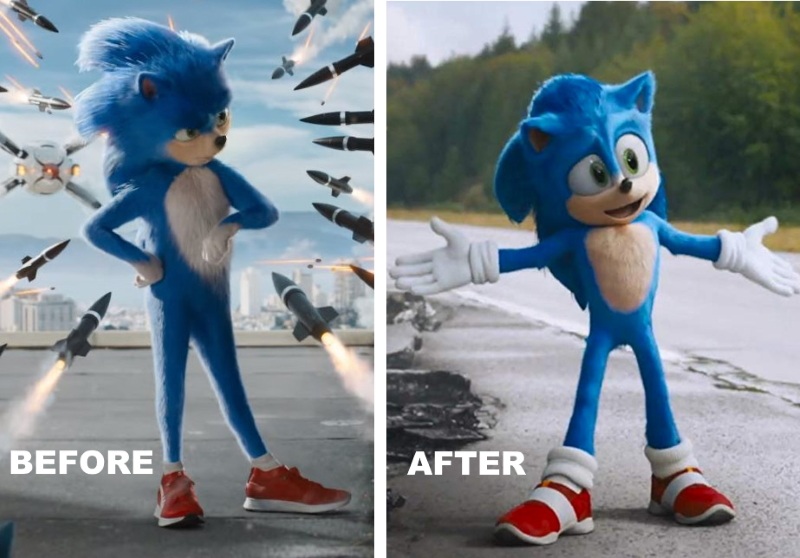 I remember when Fant4stic Four was nearing release and FOX was showing off pictures of the new character designs. Ben Grimm’s The Thing was notable for two missing features: clothes of any kind and the big unibrow. After much complaining online, fans were assured that this… 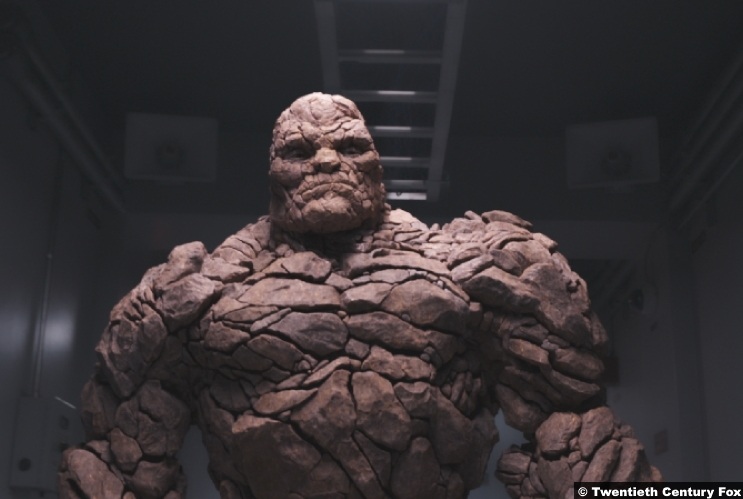 That’s typical of Hollywood, which makes what happened with Sonic all the more interesting.

Fans were downright brutal in mocking Sonic’s look and the director responded with a promise that the character was being updated. For a hot minute no one believed him. We’ve been burned before.

But low and behold, Paramount soon announced the movie was being delayed to accommodate the redesign of the title character. This hopefully marks a great leap forward, where movie creators stop trying to change what doesn’t need to be changed and expecting fans will show up just because we like the title. It’s okay to listen to the people who are likely to be first in line to watch your movie. In fact, going out of your way to anger that segment of ticket-buyers is how you get a movie with a depressed opening weekend, bad word of mouth, and a quick exit from cinemas.

Sonic’s look was terrible. Fans pointed and laughed and said “do better.” Credit Paramount for listening. And while the final version isn’t quite a translation of the video game model, it is a very faithful adaptation; much better than it could have been. 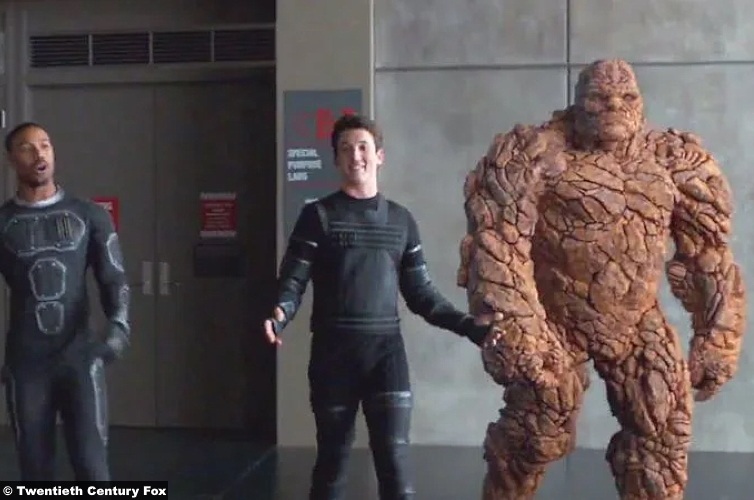 THE LAST HOLY GRAIL OF GENRES

Once upon a time, comic book movies were basically Batman movies. That was the only franchise that could find a footing on the silver screen. Though there were dozens of properties to adapt, no one in Hollywood wanted to touch them because nothing that wasn’t named Batman was a guaranteed hit.

Meanwhile, video game movies have been tried with various cautious hands by different studios and usually with the kind of mediocre-at-best results that old-timers like me remember from the days of bad comic book adaptations of the 90s. We’re getting closer and closer to an Iron Man-level inciting event, kicking off a gold rush of studios looking to scoop up the rights to whatever video games they can get their hands on.

Can Sonic be that launching point film? Maybe. If it is, you can credit one simple thing as the reason…

THE MOVIE IS GOOD (ENOUGH) 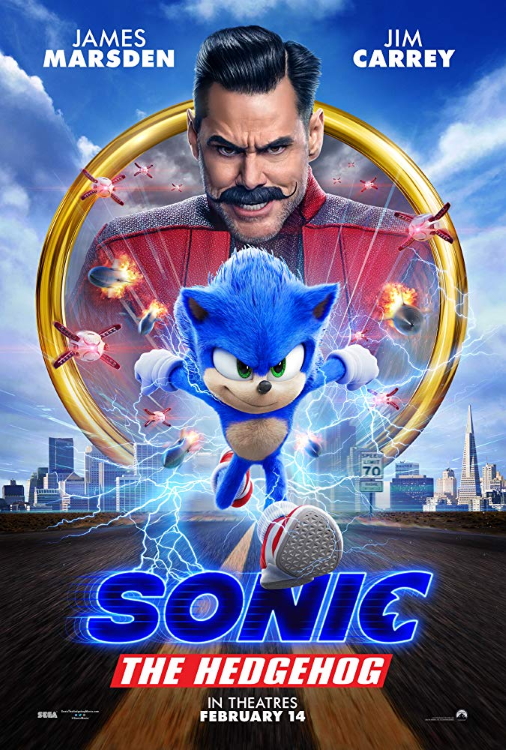 None of the previous two points matter if the movie itself fails. Sonic could be the spitting image of his video game persona, fully realized with state of the art computer tech (he’s not, but close enough) but it’s all for naught if the movie around him is a bore.

Fortunately, the movie is very good. It’s not great and there are clear and obvious problems with the film, especially in the second act, but the total package is maybe the best video game adaptation…ever. 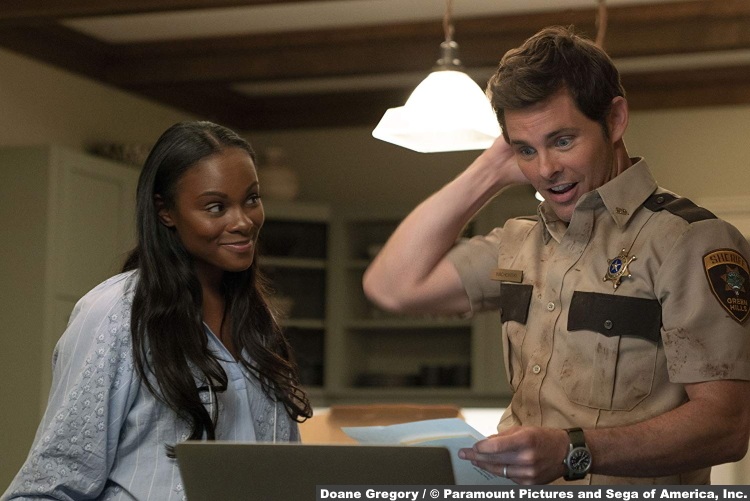 To state the negatives: Anyone (A) human and (B) not named Jim Carrey is stilted, awkward, badly written, and either overacting (the good guys) or acting like they’d rather be anywhere else (everyone else). The “road trip” portion of the movie, which puts Sonic in a biker bar for some reason, is nothing more than time-wasting filler. The movie is only 100 minutes long but only 70 of it is needed. A better act two would have elevated this movie to heights unimaginable for a video game movie. 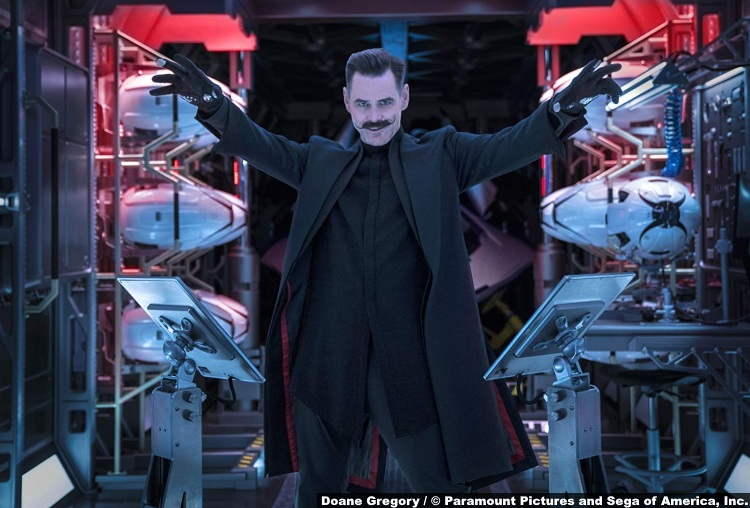 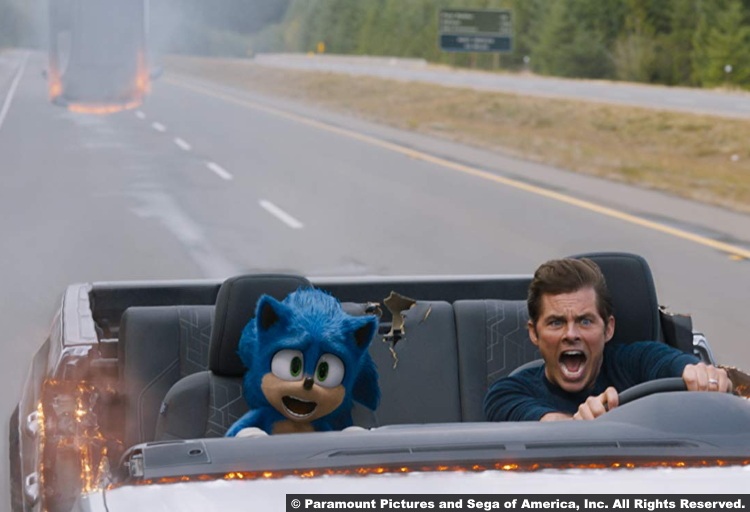 That being said, the film is quick, occasionally witty, loaded with easter eggs, and ends with a literal “boss fight” between Sonic and Robotnik. Even during the saggy middle I never checked my watch or wished it would end. Considering that I once had to sit through Assassin’s Creed you can’t understand how glad I was that at no time did I wish I had a spoon with which to gouge out my eyes.

The film also confidently sets up a sequel. This is an era of franchises like never before and too many put the cart before the horse in planning out Movie Six before they even know how to make Movie One (eh hem). Sonic did its job at the outset and promised more to come.

8/10 – Sonic the Hedgehog is the best video game-to-film adaptation yet, a confident first outing for one of the medium’s historically-biggest names, and (potentially) the start of a new it-genre in Hollywood.