It’s been a few months now. The newness has worn off. The hype has settled down. The first wave of DLC has released. Enough time has passed that we can now talk about Breath of the Wild objectively. The game is a 10/10 masterpiece, but that’s not to say there aren’t things that can’t be improved on.  It’s just that those things did not dampen the experience enough to justify a lower score.

Still, it’s impossible to play through the game and not occasionally say “wouldn’t it be great if…” That’s probably something that can be said in every game, it’s just that with BOTW, you don’t also say “ugh I hate…” There’s not much to hate in Breath of the Wild (although the rain comes close), so we’re left with the “what ifs” that we hope can be incorporated into future games.

Let’s talk about those things.

First of all, let’s leave out minor quibbles like framerate stuttering and pop-up. Things like that will naturally be improved upon, whether another game comes out for Switch (unlikely) or the next Nintendo console. If the Switch gets its own Zelda game built from the ground up, it won’t be until much later in the system’s life-cycle, when Nintendo will already have a great handle on how to get the most out of the system. And obviously if we don’t get another Zelda until “Switch 2” then the extra power will certainly be put to good use.

So what are some things the next game can improve upon… 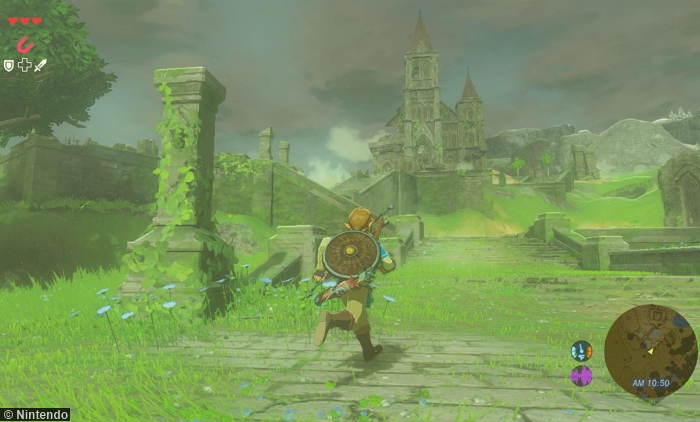 The inventory page needs better organization. Especially for a system with a touch screen, it would be nice if you could easily move items around and organize them into sub-folders. You can arrange the items you collect by type, but there’s a lot of different kinds of monster parts and they all kind of run together when you’re looking for one particular kind. Sub-folders would make the menus cleaner and easier to navigate.

Bokoblins, Lizalfos and Moblins are the primary baddies and though there are some bigger and badder guys peppered around, for the most part those are the three you’re going to encounter a thousand and one times on your adventure. The monsters get tougher with new colors as you progress through the game, but aesthetically it’s just a palate swap. Skulltullas, Poes, ReDeads, Wallmasters, Baba Plants, Like-Likes, Iron Knuckles, and more are all missing and are all missed.

The actual dungeons (the four) are, in this writer’s opinion, too easy and too short. I get that it was an intentional choice by the designers, but I still miss the longer dungeons like Ocarina of Time’s Forest Temple (the gold standard of 3D dungeons) or Twilight Princess’ Snowpeak Ruins. Actual dungeon crawling is sorely missed. Sure you have over 100 shrines, but those are hardly “dungeons” in a visual sense or in how they are laid out. If you’re going to have four thematically similar dungeons, then at least play around a little with their design. Maybe have one that is shorter with a puzzle emphasis, one that’s longer with a puzzle emphasis, one that’s shorter with an action emphasis and one that’s longer with an action emphasis. Instead they’re all a little too similar on a fundamental level.

Again, it’s easy to see Nintendo’s thought process here; they wanted a non-liner adventure experience and they wanted to make it so that you could dive into any dungeon at any point in the game and be able to beat it. That doesn’t mean you have to sacrifice all originality and variety however. Having said that, I do appreciate how the BOTW design team basically turned traditional Zelda world map inside-out and put the dungeon crawling on the world map and the light puzzle fare in the Shrines.

The stamina wheel was a nice addition in Skyward Sword and it’s improved upon greatly in BOTW, but it still runs out too quickly and even when you upgrade it still runs out too quickly. As beautiful as the game’s world is, sometimes you catch yourself just staring at that green dot more than anything else. But then again, I grew up on games like Castlevania, Mega Man and the original Zelda. Those were games that intentionally handicapped you for no reason other than “challenge” so I can at least appreciate it from an old-school standpoint.

And then there’s the rain. There’s gotta be a way to mitigate how rain stops you dead in your tracks, especially when you’re halfway up a mountainside. You end up having to just set the game down, go eat a banana and wait. The idea is good and it’s an easy recurring obstacle for the hero to face, but it should only be a big obstacle in the beginning of the game. As you progress, there should be something you can acquire, like a pup-tent (if you’re on the ground) that lets you pass time till the storm passes, or a special outfit that lets you climb slowly in the rain. Or, as a last resort, maybe some kind of a quick-time event as you climb; press the button and climb another few feet, miss the button and slip. Anything would be preferable to nothing.

Probably the biggest, non-rain, pet-peeve I had after 250 hours of playtime, is how the fights with monsters went from “holy crap I just died in one hit” in the beginning, to “wow that was an intense fight” halfway through, to “ugh, I don’t have time to kill another Lynel” by the end. Nintendo’s method of toughening the game as you progress only made enemies take more hits to kill. And since the player has also upgraded (hearts, armor, meals), the fights become battles of attrition that take a frustratingly long time. Instead of making fights take longer, why not make the enemies more deadly? They can one-shot you early on and the game was much more exhilarating, deciding whether to sneak around, try your luck or examine the environment for an ingenious method of attack. Somewhere along the way you get too strong for that part of the game to continue. Increase the number of hearts that enemies take from you as you progress through the game; that would turn the final stretch into a real white-knuckle experience.

This game needs tiny tiny people. Aonuma has said that the dev team almost included a race of itty-bitty people (and presumably, a way for Link to shrink to talk with them), but the idea was scrapped because they couldn’t find a place for them. I’ve got a place for them: The Minshi Woods, northeast of Hyrule Castle, near the Lost Woods. You don’t need a lot of space for them; they’re tiny. Imagine Tiny Link having to fight a single, normal-sized bokoblin in order to unlock a shrine!

The game needs more voice acting and/or cutscenes with voice acting as opposed to text bubbles and Nintendo’s patented gibberish talk. It’s 2017, the Switch can handle it, Nintendo is rolling in cash right now. Just do it.

Fairies are great but I kept wishing my fairy friend would follow me around, like in the N64 games, whenever I have caught one.

I love the huge sidequest that includes, among other things, the ability to buy and develop your own house, but it seems like more could have been done with the idea, with additions like an indoor fireplace, a warp point, more storage for weapons and a pantry food, recipes and potions.

I want to be able to put my weapon away and pick up one that’s on the ground, even if my inventory is full. If I pick it up I can’t put it away, but I should be able to either use it, carry it, or drop it. That seems like one of those “if I can do it in real life I should be able to do it in the game” concepts that Nintendo would have put in had they thought of it.

What about seasonal weather changes? Like, what if, every three hours (or even longer, like ten hours) the game moved from cold to cool, to warm, to hot, to warm, to cool, to cold, etc. So that the places that require a little cold protection would, for a stretch of time, require extra protection, or even no protection at all. It would work similar to how rain did, in that it would create a natural obstacle, forcing you to leave an area and do something else for a time (except several hours means you have to do something else; unlike rain, which you can just wait out). It encourages exploration and adventure, and discourages linear playing. 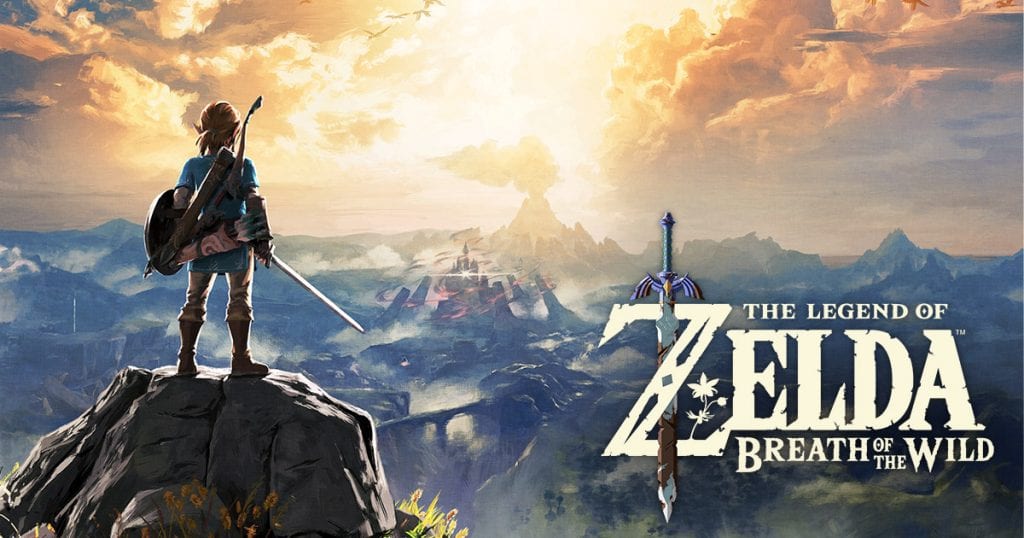 Really though, those are minor minor things and for the most part are things I wish they would ADD to the game, to make it even better. Even now, months after its release, it’s still easy to sit back and be completely blown away by how immersive and engrossing the game is. At times it doesn’t feel like playing a game, it feels like slipping through the wardrobe into Narnia and just living an adventure.

The newness has worn off, but every time I go back to Hyrule, I am instantly amazed at what a remarkable achievement the game is. What’s most exciting is that this is the first in a new era of Zelda titles. Consider how much was added and played around with the formula established by Ocarina of Time; now Breath of the Wild is the new foundation.

I can’t wait to see what Aonuma and company build on to it in the future.