Believe it or not that was twenty-five years ago.

Up first is a movie that had no business being anywhere near as fun as it was. It’s a movie that defines the idea of an experience “so bad it’s good.” 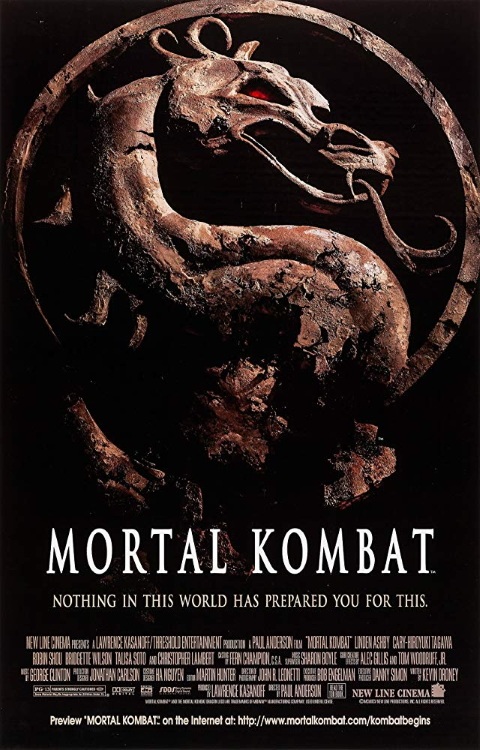 From literally moment one in the film, Mortal Kombat screams its over-the-top attitude. In this case, it’s totally appropriate. In fact, perhaps the most remarkable thing about the movie is how faithful it is to the loud, corny, simplistic, and martial-arts+mysticism-heavy video game.

Twenty-five years later and there’s probably not another “video game-to-movie” adaptation that was made with the same simple desire to translate the visuals, sounds, and feel of the source material, no more, no less.

As a result, the movie is cheesy, garish, nonsensical, loud, and simple/dumb fun. That’s not a bug, that’s a feature. 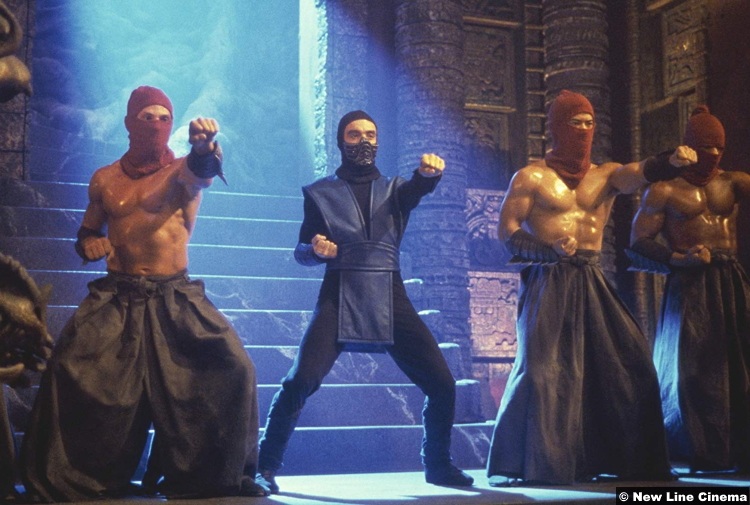 Of course the movie is not without flaws and just because it comes from a “fun but slight” video game doesn’t mean the movie should be excused for every sin.

The film can be broken into three very distinct acts. The first act is all set-up; the characters are, in succession given a little teaser to introduce them to the audience. These segments feature the movie at its lowest, simply because it relies on dialogue to establish things…and the dialogue is hoooorible. It’s not just the delivery, which is okay at best, it’s the words on the page. Everything is so on the nose it’s laughable. It reminds me of either the original Resident Evil cut-scenes or, more recently, the opening act of Suicide Squad.

Things improve substantially in act two, where our main characters enter the Tournament. The flaws of act one disappear for the most part since, for the most part, the dialogue disappears too. The middle of the movie is a sequence of martial arts fight scenes, none of which are meant to be the best of the best on display. These are cartoons brought to life, with people throwing ice waves out of their belts, throwing spears out of their palms, and fighting four-armed monsters with a weakness for getting sucker-punched in the balls. 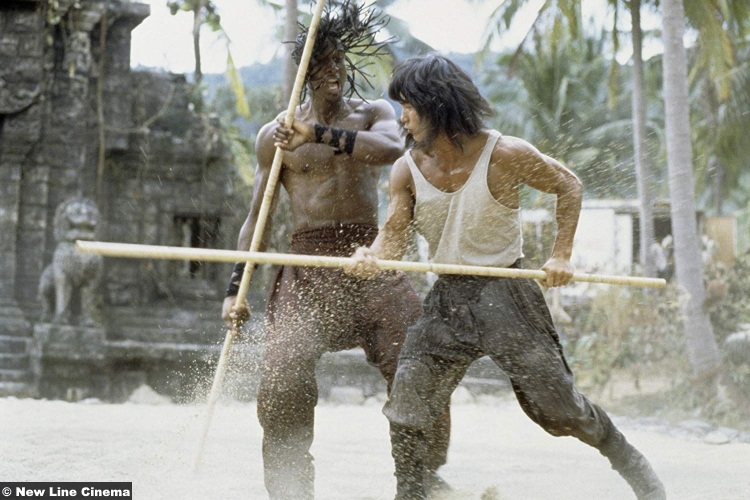 Act three manages to be effective as the only section of the movie where the plot is put front and center. Despite paper-thin characters, the motivations of everyone involved are plainly stated so that the audience can, at the very least, follow what is happening and understand what’s at stake.

I can’t emphasize enough how crucial it is for writers to do that with their movies but how many fail that simple task. There are films with budgets ten-times what it cost to make Mortal Kombat, having stories that make no sense, plots that don’t seem to exist, stakes that aren’t clear, and climaxes that fail to make an impact.

Mortal Kombat isn’t perfect but it’s as if the writer and director (Kevin Droney and Paul W.S. Anderson, respectively) knew they didn’t have a lot of story to work with, decided it’d be stupid to try and create one to shoe-horn into the production, and just focused on the only things anyone going to see this movie wanted in the first place: All the characters from the game, who look like they do in the game, doing moves from the game.

Are you taking notes, people who made Assassin’s Creed?

The biggest complaint I have for the film is how sanitized it is to secure a PG-13 rating. Other than one scene where Johnny Cage defeats Scorpion, there’s nary a hint of gore. If there was ever a movie that needed the “1980’s R-rated violent action movie” treatment it is this one. Mortal Kombat was one of the pioneers of gory games, and its exclusion here is the one thing (other than Sub-Zero and Scorpion wearing sleeves) that feels untranslated from the source. 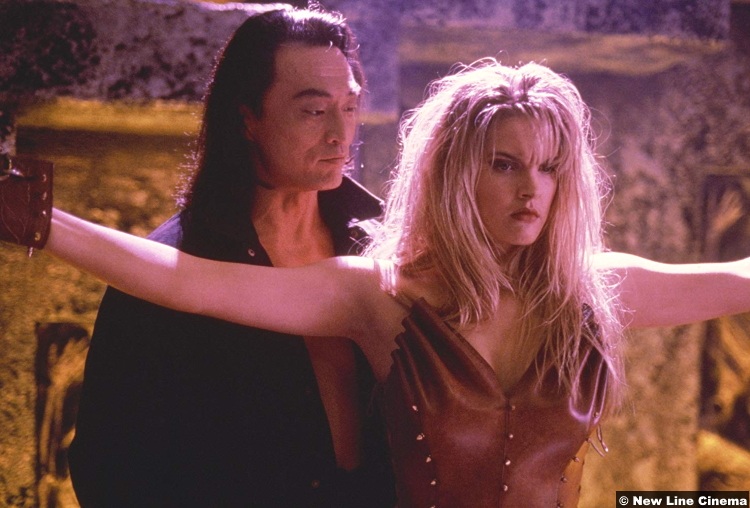 Other than that, how can you belong to the target audience and not love this movie? It has a catchy soundtrack, cheesy one-liners, fun (dumb) action scenes, and more “he/she/they did the thing!” fan-service than you can shake a stick at. Is it silly? Sure, but for anyone who grew up a kid in the ’90s, it was awesome…