What STRANGE NEW WORLDS can learn from Classic Trek

I’ve not held back on my dislike for modern Star Trek. While I liked the 2009 movie, I loathed the sequel. On the other hand, I really enjoyed Star Trek Beyond and hoped a fourth movie would build on what it did right. Alas, that doesn’t seem to be in the cards. Star Trek has pivoted back to being a TV franchise which, in theory, is what it always should have been. The first iteration of NuTrek on TV was Discovery, which I tried to keep up with and write reviews for, but ultimately had to abandon because it just wasn’t the Trek I wanted on TV. If you enjoy it, more power to you; the same goes for Star Trek Picard.

That being said, there was a ray of sunshine to be found with Discovery. In its second season, the show introduced Captain Pike, the predecessor-Captain to James Kirk as skipper of the USS Enterprise. Played by Anson Mount, the character was the classic depiction of a Star Trek commanding officer. He was decisive, charming, warm, stern, and everything else he needed to be when the moment arrived. I wasn’t the only one to praise the character as he quickly became a favorite even among those who, like me, found the rest of the series out of step with their vision for the future.

Fortunately for us, Paramount has heard our voices and, coming in the Spring… 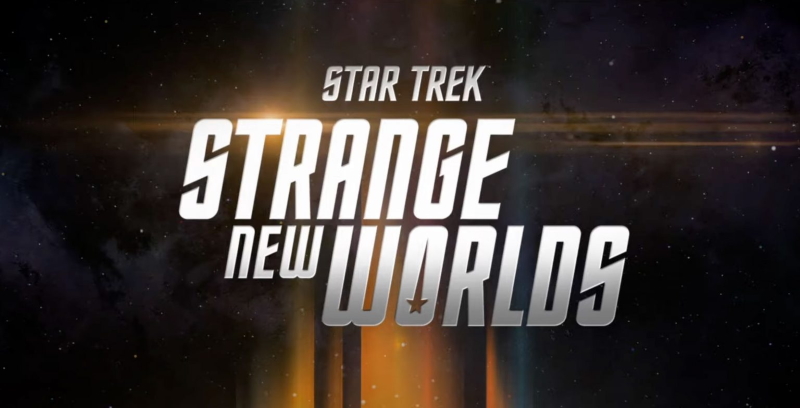 Strange New Worlds has been teased by its creators to be a return to the more episodic, space-exploratory stylings found in the Original Series, The Next Generation, and Voyager, while still offering some of the overarching serialized storytelling that’s expected of a modern TV show. I’m hoping, in that case, that the series carefully studies Deep Space Nine, as it expertly blended a “character-focused plot of the week” formula with the “big picture serial” elements that are standard today. 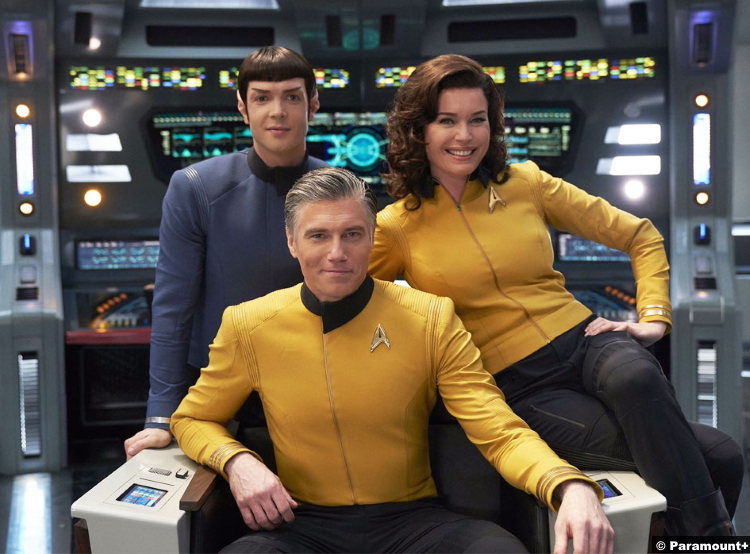 With that said, while we’re on the subject of drawing inspiration from Treks of the past, here are a few things that, in my opinion, can be taken from the annals of Classic Trek, to help influence the style and direction of a show meant to draw in fans who loved the franchise of yesteryear but who maybe are a bit cold toward the new shows today… 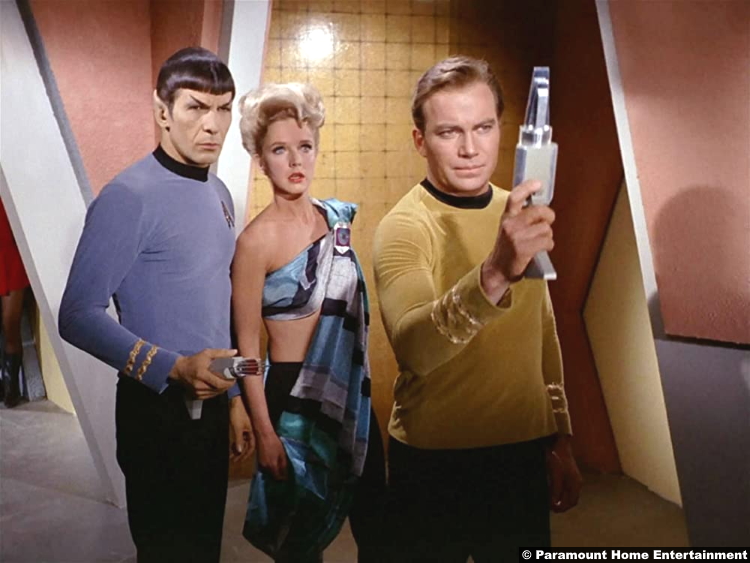 If there’s one thing you can almost guarantee about The Original Series, it’s the commitment the show had to offering challenging ethical questions and showing what an advanced, evolved, idealized futuristic society might do to resolve them. Episodes like The City on the Edge of Forever, The Return of the Archons, and my personal favorite TOS episode, A Taste of Armageddon, all deal with issues that forced the audience to question their own beliefs and how they would handle things. It’s a big galaxy out there; I hope the Pike-led Enterprise visits some planets that make them apply the lessons that humanity in the future is supposed to have learned. Star Trek is meant to be an inspirational and aspirational franchise; watching the crew of the Enterprise handle ethical dilemmas helped create that positive reputation and gave us some amazing episodes. 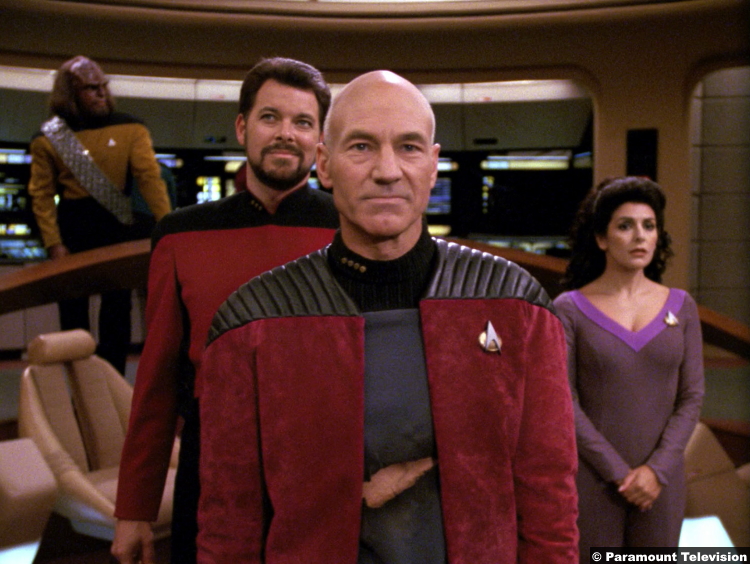 The first two years of The Next Generation were rough. It wasn’t until new showrunner Michael Pillar took over did the entire structure of the series change. Instead of it being a show focused on guest stars and one-week plots, it became a show about the characters on the ship and how they, in particular, overcame the problem of the week. In the words of Michael Pillar, “we made the show about our crew, and not about the guest who was only there for one episode.” This set the pattern that Trek shows followed for fifteen years: You could count on a Picard episode one week, a Riker or a Data episode the next, followed by maybe a Worf episode, etc, and each one had its own personality and little callbacks to past episodes between them. It was a great way to have an episodic series that never ran out of material. 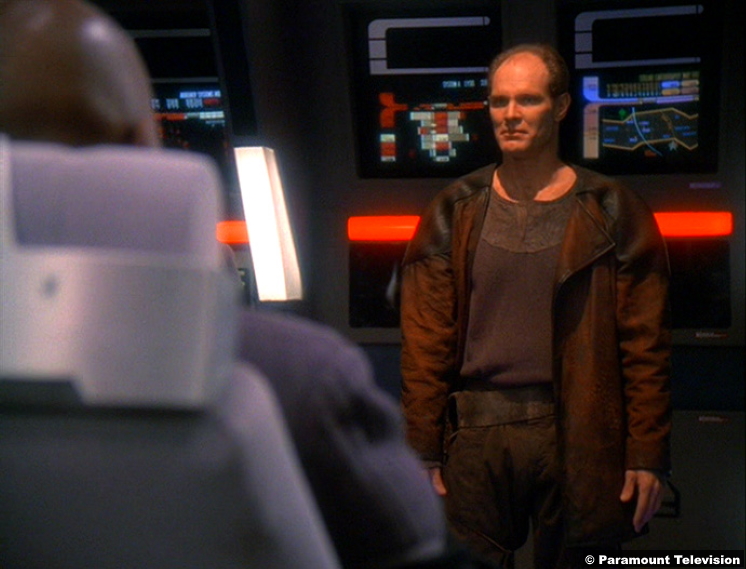 DS9 is probably the most polarizing of the Classic Trek shows, in that it purposefully went away from the tried-and-true ideas that worked so well with TNG. Being a sequel series, and one that began while the previous show was still on the air, Deep Space Nine had to set itself apart. It did that by showing the sleazier, darker, more “wild west/frontier” side of the Trek universe. While some fans challenged this, claiming it did away with Gene Roddenberry’s vision for a utopian future, supporters of the show were quick to counter that DS9 does not deny the utopian future, it merely acknowledges that there have always been places that didn’t live up to it. Could the ideals of the Federation withstand the fires of scrutiny? Answering that question was DS9’s mission statement and, in the end, it proved the Federation could handle being tested. DS9 was not afraid to question if the future Gene envisioned was really the right one, and that created some rich dramatic episodes for open-minded fans to enjoy. 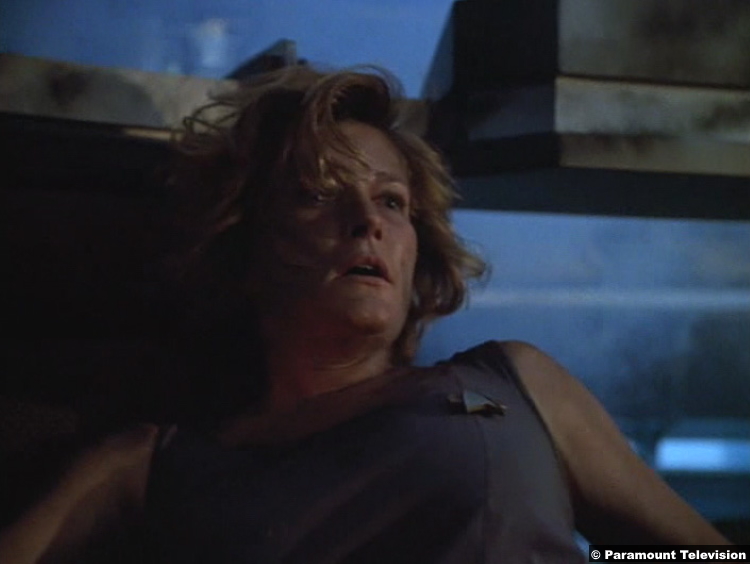 If there’s one thing that sets Voyager apart from the show it is most often compared to (The Next Generation), it’s in the sheer amount of crazy ideas that it was willing to try. Sure, TNG could get bonkers too, but Voyager turned it up to 11. It didn’t always produce the kind of instant-classic TV that TNG had, but when everything did click, it made for some amazing television. Episodes like Year of Hell (good) and Threshold (bad) are the two extremes of just how bananas the show was willing to go. The result was not always great TV, but it was always memorable TV. I would rather watch a show that was unafraid to throw everything against the wall than a show that always played it safe and ended up stale, tired, and boring.

ENT – DON’T BE AFRAID TO SHAKE THINGS UP 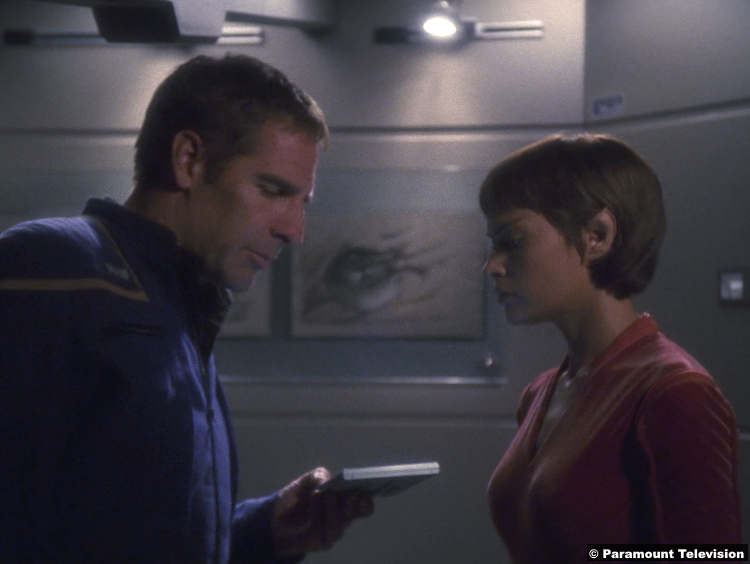 Enterprise started as stale, tired, and boring. The first two seasons felt like episodes with plots taken from the reject pile of the TNG and Voyager writer’s rooms. Needing to do something to put the show back on course, the creators put together a season-long invasion/war arc for season three. After that, even more boldly, the fourth season featured a handful of mini-arc multi-part episodes that laid the foundation for where the Federation came from. It was, in my opinion, the best season of any Star Trek show in years.  Enterprise needed more than just a change of scenery after its first two seasons; it needed a complete reimagining of how it presented itself and, surprisingly, it went for it and the results speak for themselves.

I remain cautiously optimistic about Strange New Worlds, and I can’t wait to watch the first episode in a few months. In the meantime, I will, as always, go back and enjoy the shows of yesteryear, and appreciate how different each Star Trek show was, even as they all retained that magical promise of a better tomorrow. That’s a promise I hope to see reiterated with Christopher Pike in command of the old NCC-1701.