D.C. Fontana blazed a trail and laid the foundation for Star Trek

When considering the names that helped make Star Trek the global science-fiction phenomenon it is today, there is a unifying relation between all but one…

There is Gene Roddenberry, the man who first conceived the show as a “western in space, teaching us morals under the guise of popcorn adventure.” There are William Shatner, Leonard Nimoy, and DeForest Kelly, the three men who carried the acting of the show, one offering a stoic, emotionless counsel, one offering temperamental, passionate counsel, and a captain caught in the middle. There is Matt Jefferies, the man who designed the look of the original Starship Enterprise, taking the classic “flying saucer” design and building on it to create something new and unique. There’s Alexander Courage and Jerry Goldsmith, the men who made the music of Star Trek so ubiquitous. Courage is credited with the theme of the original series, especially the ten note motif that simply is Star Trek. Goldsmith built off of Courage’s themes with a soundtrack for the first Motion Picture that makes the movie arguably a film worth more to listen to than actually watch.

Those seven men are, if I had only seven men to name, the men who made Star Trek what it is today. Others came along in years that followed and grew the franchise, but it was the work of those seven men who took a struggling, ratings-challenged sci-fi show on NBC and penetrated the consciousness of dreamers everywhere. There’s one more name that’s worth mentioning, however. There’s an eighth person who is equally as responsible as the previous seven, and it’s the odd duck of the lot. 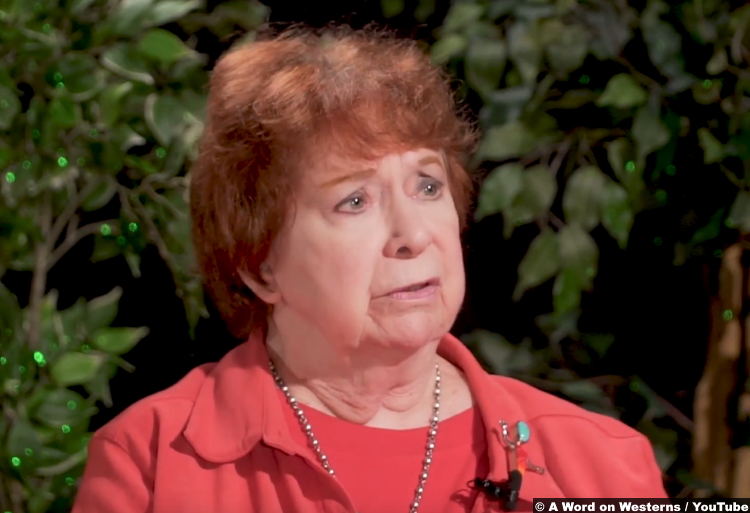 That’s a name all Star Trek fans should know. Fontana is credited with some of the most important teleplays of the Original Series, as well as other critical scripts in the Star Trek shows that followed. A name that Star Trek fans may not know, however, is Dorothy Catherine. That’s the birth-name of D.C. Fontana, a name she was forced to hide in order to have her exceptional voice be heard in a 1960’s writer’s room.

Creativity and vision came naturally to her but NBC had scant few female writers and those ladies who submitted scripts unsolicited often had their works discarded before a word was read. Adopting a gender-neutral nom de plume was critical for her to grow beyond the doldrums of secretary work. D.C. was not the only pseudonym she adopted either. Over the course of her career, she also penned teleplays under the name Michael Richards and J. Michael Bingham, retaining a male persona to ensure maximum readership.

Fontana’s ability to spin a yarn caught the attention of Gene Roddenberry while working on the NBC Saturday evening drama, The Lieutenant. During the show’s lone season, Fontana spent some time as Gene’s secretary and the show-runner encouraged his assistant’s desire and ability to write. Once Star Trek was successfully pitched, Fontana was one of the first people Gene contacted to develop scripts for the show. As a result, she had a hand in the very beginning in shaping the tone of the series, the characters, and the formula that would define, not only the Original Series, but all Star Trek shows and movies that followed for decades to come.

Her work as a writer on the Original Series can be tied to ten episodes, but it was her work as a teleplay consultant that cemented her legacy. Fontana had her fingerprints on nearly every teleplay that came across Gene Roddenberry’s desk. Barely an episode made the air that didn’t have some touch-up, some additional scene, some small moment that she inserted.

If you’re looking for a heart and soul writer of the show, D.C. was it. 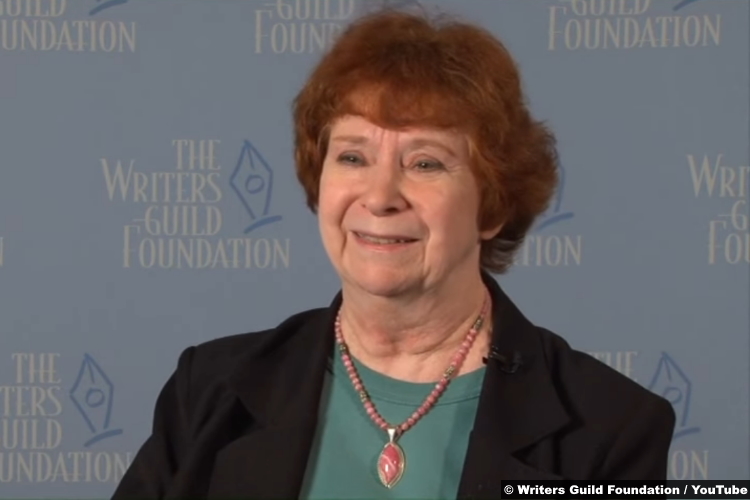 As a credited-writer she scripted several important or memorable episodes, including Charlie X (a seventeen-year-old horndog is gifted godlike powers), Tomorrow is Yesterday (the Enterprise goes back in time to 1967), This Side of Paradise (Spock smiles!), Journey to Babel (a murder mystery featuring Spock’s parents), The Ultimate Computer (“computers are taking our jobs!”), and, sadly, The Way to Eden (the one with the space hippies).

To be fair, The Way to Eden was heavily re-written without Fontana’s consultation, which is why it’s credited under her pseudo-pseudonym, Michael Richards. Despite that one forced-blemish on her resume, it’s clear just how big of an impact Fontana had on the Star Trek universe as a writer. Tomorrow is Yesterday and Journey to Babel in particular are milestone episodes. The former introduces time travel (which has become a staple of the show for fifty years and counting), and the latter expands on the character of Spock better than any other, not to mention puts a spotlight on the four principle founding members of the Federation (Terrans, Vulcans, Andorians, and Tellarites). Without meaning to, Fontana was laying the foundation on which Star Trek’s legacy would be built.

After the Original Series went off the air, Fontana worked as a freelance writer for several series but returned to Star Trek to replace Gene Roddenberry as franchise show-runner during the two-season animated series. She contributed a single episode to the show (as a writer), the only episode that is still fondly regarded, Yesteryear (in which Spock goes back in time to prevent his death as a child). Her work on the animated series helped nab the show the franchise’s first Emmy award.

When the time came to bring the next generation of Star Trek to television, Gene Roddenberry once again made Fontana one of his first phone calls. Though her work on TNG was not as show-defining as in the Original Series, the writer did contribute the script for the pilot episode and a few of the show’s first outings, helping, as she did with the first show, to define the characters and their relationships with each other as the series found its footing.

Fontana’s last credited work in the Star Trek franchise is the episode “Dax” for Deep Space Nine. Fontana co-wrote the teleplay with Peter Allen Fields, and put a strong emphasis on exploring the complex nature of Jadzia, someone who had lived several lifetimes before her present day, and now exists in the body of a relatively inexperienced young woman. The episode is one of the highlights of the bumpy first season of DS9 and remains one of the best scripts that focus on the woman Jadzia. What a fitting capper to the writing career of the woman who developed several lifetimes of stories of the twenty-third and twenty-fourth centuries, using a disguised name to hide the fact that she was, herself, a relatively inexperienced young woman. 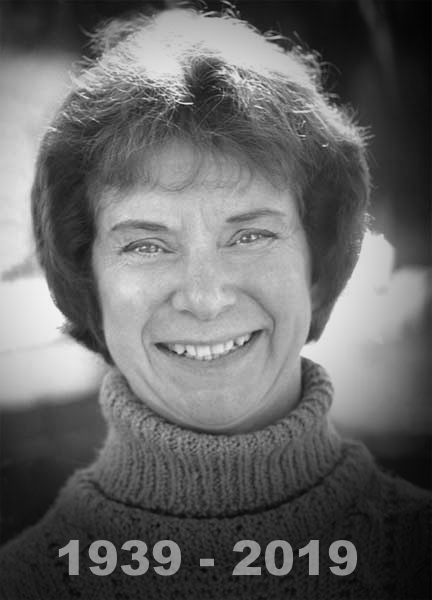 D.C. Fontana died at the age of 80 on December 3, 2019, leaving behind a legacy that no Star Trek fan will ever forget. In the years since her retirement, she occasionally would pop in to a convention and reminisce with fans about days gone by. Her every encounter with the franchise’s most devout followers always showed her to be gracious and kind, generous with her time, and mutually in love as the fans were with the optimism and hope that Star Trek is best known for.

We thank her for the stories she told, for the countless others she helped develop, for the sure-footing she brought to not one, but two different series’ in the Star Trek universe, and for being a tremendous ambassador to the franchise.

Not only for Star Trek, but for her pioneering as one of the first self-made female-writers in Hollywood, we salute her as she boldly went where no woman had gone before.