Final Fantasy: The Spirits Within is not a particularly great movie. It’s not even particularly good. I don’t even know if it’s “fine.” There are a lot of things to like here, but mostly the praise is reserved for the aspirations, the good intentions, and the willingness to “try.” The problems are multifaceted, ranging from the technical, to the creative, to the inspiration of the film itself. 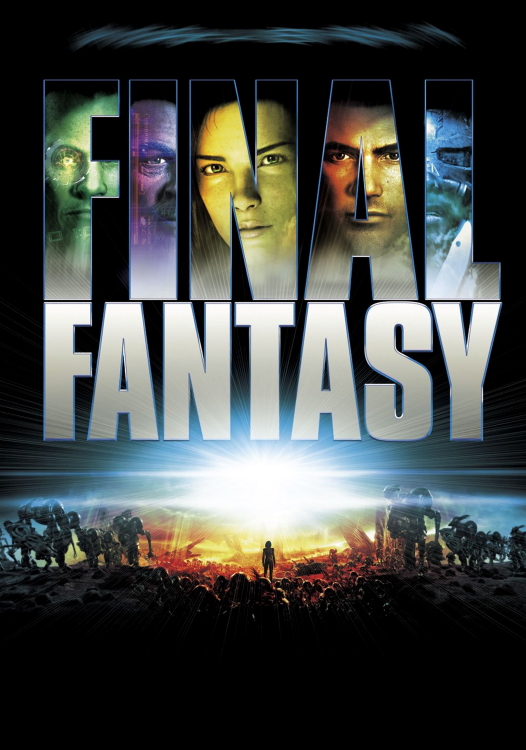 On a technical level, the film (henceforth called FF: TSW) was heavily promoted as the first fully-CG animated feature film to use “photo-realistic” characters. In other words, no cartoonish-looking caricatures or human-like CG people that are kept in the background (ala Toy Story). First of all, I don’t know how accurate that marketing claim actually was. Toy Story might’ve kept its human characters to glorified supporting roles, but Toy Story 2 (which came out a full two years before FF: TSW) has Al, from Al’s Toy Barn playing a big role in the second act. Is that too cartoony to count? Maybe. Let’s say it is. It doesn’t change the fact that Shrek came out two months before FF: TSW and features Fiona and several other human characters who are proportioned exactly like normal people (except for Farquaad). Is it just because those are characters in a silly, “cartoonish” movie that they don’t count? Is “grit” the criteria for a CG character to be considered “photo-realistic?” Maybe so, let’s give the benefit of the doubt and say it is.

That doesn’t change the quality of the characters in comparison to actual actors who are literally “photo-realistic.”

FF: TSW was derided at the time for looking like the longest, prettiest cutscene to a Final Fantasy game we’d ever seen. Was that fair? Here’s a still image from a cutscene in Final Fantasy X, which was released in mid-July, 2001, only a couple of weeks after the movie… 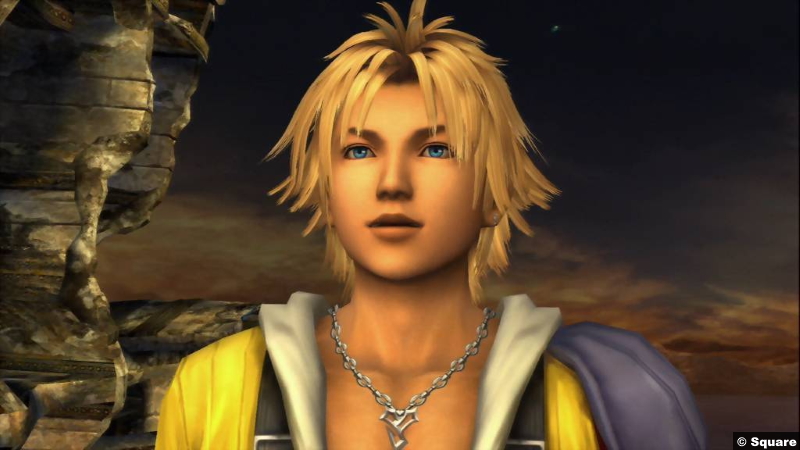 And here’s a still from FF: TSW… 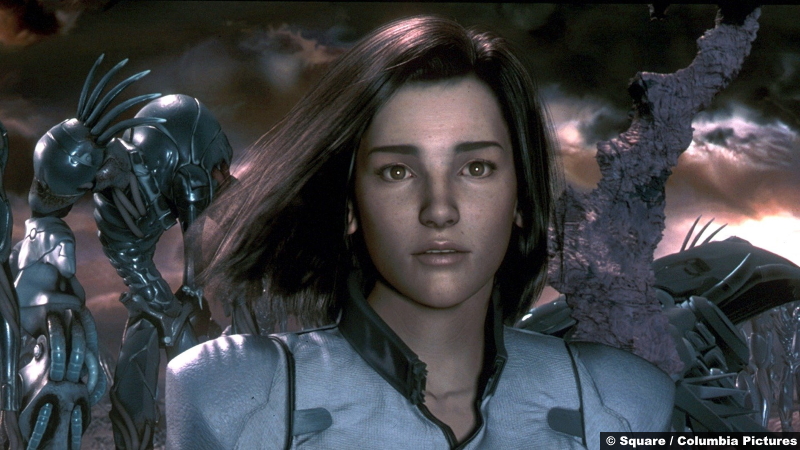 Clearly, the film is much more detailed, especially in terms of textures like skin and clothing, but does that really prove anything to say the movie is as good as a PS3 cutscene instead of a PS2 cutscene? Doesn’t that lower the bar to an insulting degree? General audiences thought so. As popular as the game franchise was, the vast majority of box office ticket buyers hadn’t played the games and came to see what was touted as the most photo-realistic CG-animated film ever. What they got was a movie that looked like a souped-up Shrek that took itself very seriously. In still images, the characters look good (though the uncanny valley is still very much present). In motion, however, everyone moves like a marionette doll. It may have been unfair for the audience to have high expectations, but the marketing fueled it; Sony overpromised and underdelivered: The movie looked good for what it was, but it looked far less than what it claimed to be.

Creatively, the story of the movie is an absolute mess. You’d be hard-pressed to find someone who can break down any Final Fantasy game, with all the twists and turns found therein, in just a few paragraphs, and that’s exactly what a movie requires. You have to be able to explain the movie in a sentence: What is the overall thrust of the movie? If you can do that, then you have to be able to explain the movie on a page (four paragraphs). For most FF games you can usually explain the opening act easily enough: A band of rebels stumbles upon each other as they fight to overthrow a tyrannical empire (FF VI). A band of rebels struggles with the morality of committing acts of terrorism as they work to bring down a planet-killing mega-corporation (FF VII). An emo college kid helps a good witch kill a bad witch (FF VIII). It’s only when you have to break the story down and work it through a basic three-act structure that you realize how convoluted and twisty those games get. And that’s okay; they’re games. Playing a Final Fantasy game is a forty-hour commitment. A movie requires anywhere from ninety minutes to three hours, max.

The trouble with the Final Fantasy movie is, like the games themselves, the story is too convoluted and too determined to unveil itself as it goes along for the audience to be able to follow it all. I say that from the perspective of movies, not games. If this was the plot of a game it would be laughed at for being too shallow and straightforward. Square definitely compromised to make the story here work on film, but not enough. There are too many characters, too many deviations from the main plot only to circle back around to the main plot without anything changing (making you say “what was the point of that scene” more than a few times), and too many cliches and tropes stitching it all together.

The movie isn’t hard to follow; it’s just needlessly convoluted as it moves from point A to point B. It feels like what it is: A story conceived by a brilliant video game storyteller trying to craft a feature-length story. Unfortunately, crafting a story for a movie is a different beast entirely compared to a video game. If even JK Rowling, a brilliant novelist, struggles with creating a film story (and she does), you can bet a video game storyteller will as well. It’s evident here. 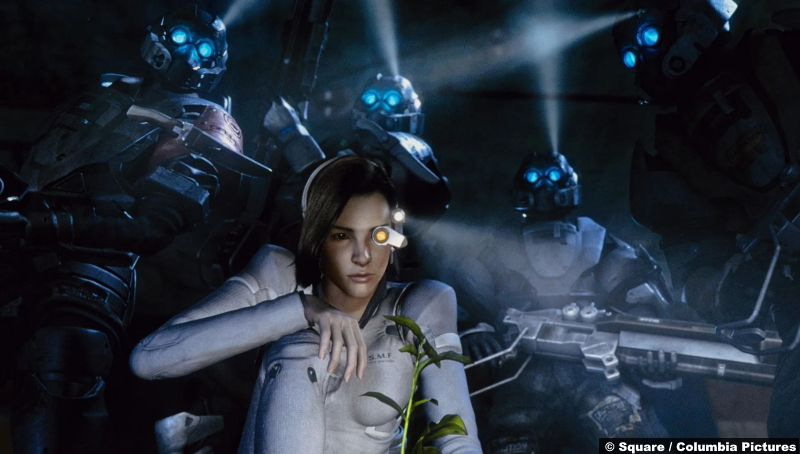 And then there’s the Final Fantasy brand that serves as the inspiration for the whole endeavor. Obviously, Sony/Columbia was not going to release a movie conceived by Final Fantasy creator Hironobu Sakaguchi and call it “Gaia” (the working title of the movie). It was always going to have the Final Fantasy name attached to it. With that comes its own set of expectations. There’s a character named Sid (not spelled as “Cid” though which is just infuriating). There’s a storyline that blurs the line between the physical and the spiritual. There’s an eclectic group of heroes that have to learn to work together for the common good. The tropes are there but take away those thin connections and it doesn’t feel like Final Fantasy.

All Final Fantasy games have a mix of classic “sword and sorcery” high fantasy and a steampunk, sci-fi inspired, neo-fantasy. Even the first game (easily the most by-the-book tabletop RPG sort of world in the series) had a space station for crying out loud. Some games lean more to the sci-fi elements (FF6-8) and some more to the fantasy (FF1-5) but there are always elements of both. The most recent game (which I loved) was the most bizarre blend of fantasy and grounded reality with a sprinkling of sci-fi (you can ride a Chocobo to a CUP NOODLES stand!). But no matter how extreme the games were from each other, they all had certain things in common beyond a character named Cid that popped up here and there, and those commonalities couldn’t be translated to the screen in the earth-based story we got.

There’s no magic. There’s no familiar music. There’s no summoning. There’s no Chocobo! Would those things work in the story being told here? No, and that’s the problem with the story. It’s a PG-13 CG-animated movie: Right off the bat, it’s going to have a limited audience. Either create something that appeals to a wide audience and lower the rating, or create something that appeals to a niche audience and go all-in on using the FF brand. As cinematic as the modern games can get, they are still just games and those don’t translate to movies without a lot of retooling and even more careful balancing between what fans demand and what ticket-buyers need.

FF: TSW failed to compromise; it just annoyed both sides. 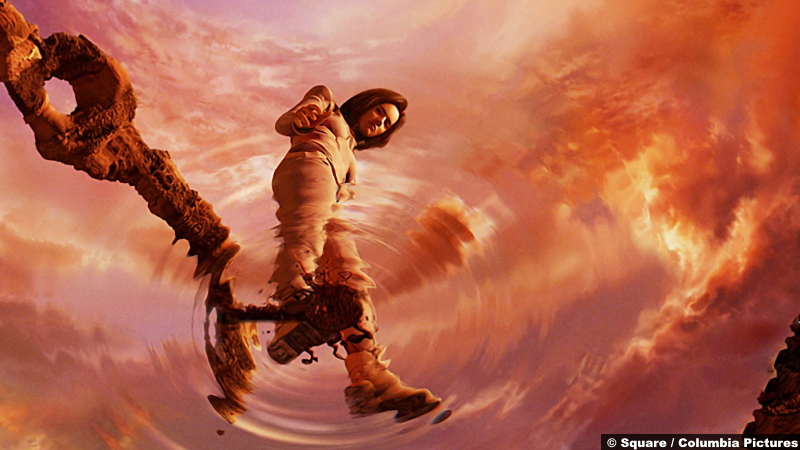 To say Square had big ambitions with this movie would be an understatement. This was the flagship title for Square Pictures, an intended motion picture development arm of the video game giant. The central character, Aki, was intended to be the first “CG Actress” that would appear in other movies. How that would work and to what extent will forever be a mystery: Square Pictures, Aki, and the whole enterprise sank with this movie’s failure.

General audiences shrugged at it. Final Fantasy fans were annoyed by it. No one found a reason to love it. And now, twenty years later, Final Fantasy: The Spirits Within remains nothing more than a curiosity, and an example of how difficult it is to translate a video game property into a feature-length world.