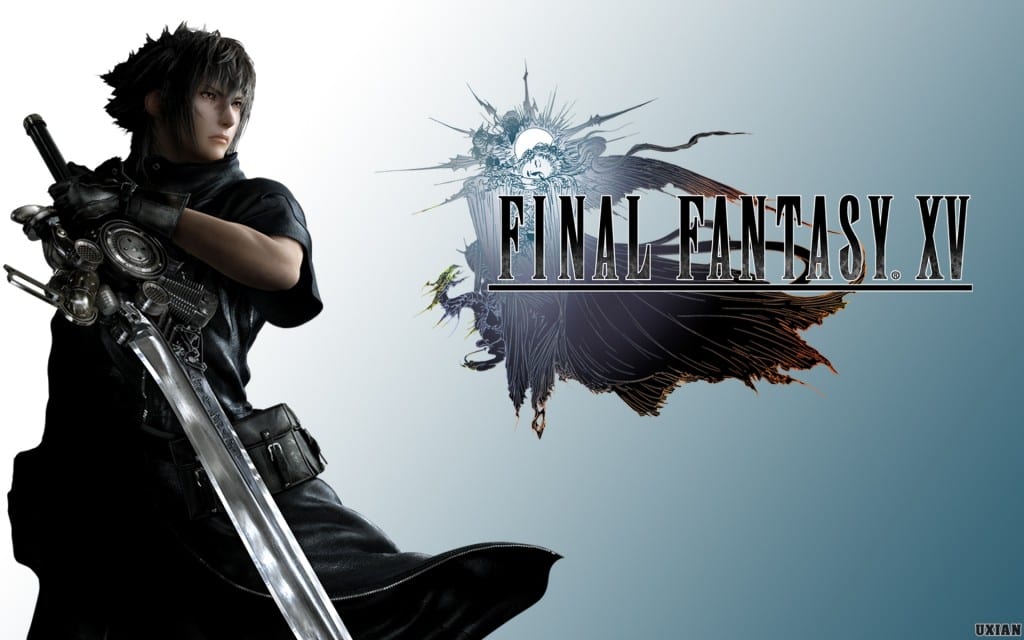 Square-Enix, the developers behind the Final Fantasy series, have held onto any information about FFXV pretty tightly, but what they have released has been enough to whet fans’ appetites for more. No release date for the game has been set yet, but fans finally got an early look at the game when a demo of the game called Episode Duscae was released in March. The demo was packaged as a bonus for players who bought Final Fantasy Type-0 HD, which released in March for PS4 and Xbox One, and it was a smart move on behalf of Square-Enix to generate sales for Type-0 HD, especially with many players buying the game simply for the early look at FFXV.

Final Fantasy XV is significantly different from previous games in the series. The setting of this game seems to be a mixture of modern-day Earth combined with fantasy elements. Episode Duscae begins with the main character Noctis, the Crown Prince of Lucis, and his four friends waking up after their car broke down. They begin to explore the game’s large open world in search of a way to earn enough gil to pay for the car to be repaired. They discover a sign that boasts a  25,000 gil reward for anyone who hunts down and kills the Behemoth that has been terrorizing the area.

The Behemoth named Deadeye is huge and nearly unbeatable, but Final Fantasy wouldn’t be Final Fantasy without the need to level up your team. Final Fantasy games have typically used a turn-based battle system, but FFXV uses an action battle system. This makes the game feel more immersive and require more control by the player. The demo is largely tutorials in the beginning, and learning how to fight as Noctis, with his variety of weapons that just appear in his hand, is a fun preview of what Noctis can do later on in the game in battle.

The Duscaen landscape in the demo, while displaying characteristics of our normal world, is filled with fantastic beasts and your team will quickly begin to battle some of them in order to level up for their battle with Deadeye. And, of course, you’ll likely find yourself losing HP pretty quickly in the beginning until you get the hang of the gameplay. A welcome feature to the battle system in FFXV, however, is the level of HP that appears above your enemy as you’re fighting, indicating how close you are to defeating the enemy.

Storytelling has always set the Final Fantasy games apart from other games, even as many more games are taking video game storytelling more seriously. The story in FFXV concerns Noctis’s homeland Lucis, which has been invaded by another nation of Niflheim. Niflheim has taken the last remaining crystal in the world from Lucis and begins to attack all the other nations in an attempt to achieve world domination. Noctis, the son of Lucis’s king, is determined to go to Niflheim and retrieve the last remaining crystal and defeat Niflheim. The stakes are high, as with any great story, and Noctis and his band of friends make a great team of protagonist and supporting characters who are after the story goal of rescuing the world from Niflheim’s domination. Because this story is about Noctis and his friends, we get to see some significant characterization through the interactions of the friends, which makes for great storytelling.

Episode Duscae was positively received by fans, but there were some issues, and in an unprecedented move for a video game demo, Square-Enix released a patch for Episode Duscae to address the issues. Clearly, Square-Enix wants to maintain the high hopes that fans have for Final Fantasy XV. Episode Duscae 2.0 includes some improvements with camera movements and a decrease in what drains MP during battle sequences. Other improvements include Noctis’s ability to make dodge rolls in order to escape an enemy and the ability to make joint attacks with Noctis’s allies. One element many fans will be excited about is the ability to fight the Catoblepas monster you encounter in the lake water.

Square-Enix has yet to announce a release date for Final Fantasy XV and the game’s director has said that there will be no new information concerning the game at this year’s E3 conference. Fans will have to wait until Gamescon in August for more information, but hopefully a release date will be announced soon. Until then, Episode Duscae 2.0 is a welcome preview of one of the most anticipated games of the last decade. In fact, FFXV may be the most anticipated game of the year that lilely isn’t even releasing this year.