REVIEW: The Crimes of Grindelwald is a good book adaptation without the book

You can’t write about Harry Potter or it’s adjunct franchises without discussing spoilers. JK Rowling’s plots are too layered and full of surprises to spoil, so don’t read until you’ve seen the movie. And though it should go without saying: Don’t watch this movie until you’ve at least seen all eight Harry Potter movies and the first Fantastic Beasts movie. I’d prefer you read the seven Harry Potter novels as well, but if you’re pressed for time, the movies will do. 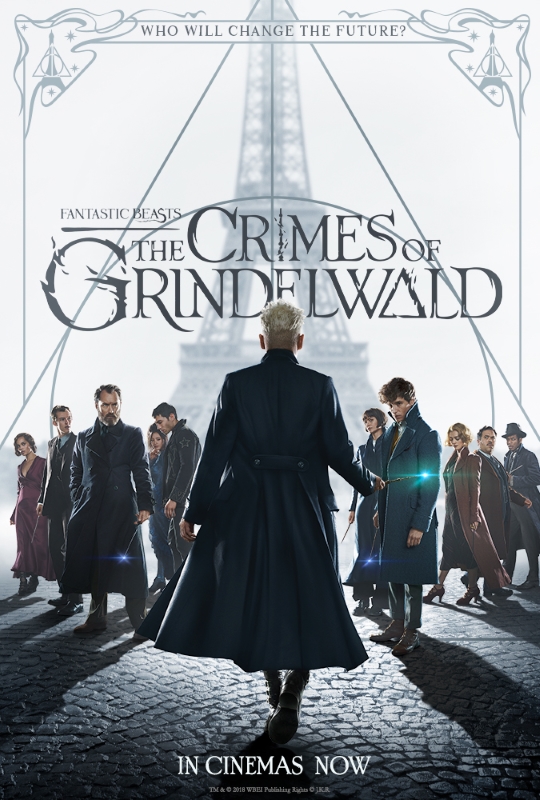 The Crimes of Grindelwald felt like watching a Harry Potter movie without having read that particular book.

I could follow it well enough but there was a lot that I know went right over my head that I would have understood better if I’d read it and digested it and absorbed it at my own pace.

I liked the movie but not as much as the first, which I thought had charm and whimsy and a light enough plot that I never felt lost or overwhelmed. This one was heavier and with more happening and as I said, at times I just couldn’t keep up with who this guy was, if he was the same person as that, etc.

I liked the basic plot and I especially loved Rowling’s writing of Grindelwald (henceforth “GG”). Anyone who worried that Johnny Depp was a poor choice to play the villain of this series can rest easy: He is arguably the best character in the movie and Depp plays him with restraint and slippery charm that’s perfect for the darkest wizard of his day. 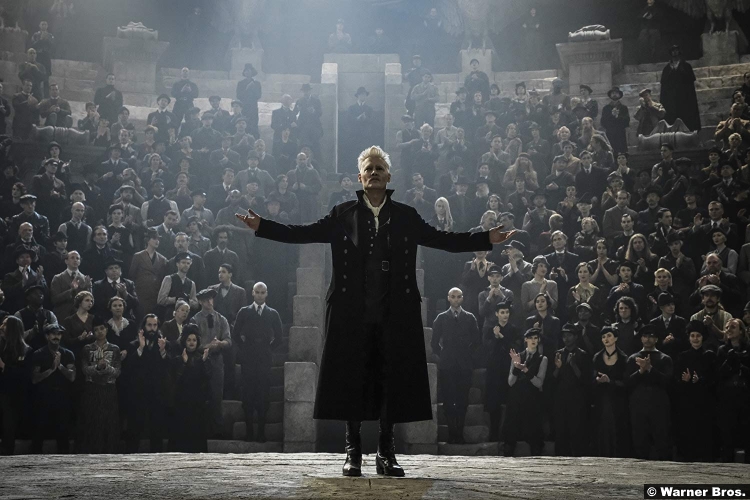 I love that he used a vision of WWII as his motivation to attract followers, arguing that suppressing non-magical people is basically meant to keep them from destroying themselves. It gave the whole “greater good”  mantra a real significance. It also makes him a much different and, in my opinion, more well-rounded villain than Voldemort, whose motivation was purely evil in a black and white sort of way. You had to be evil like him to follow him and if not, you simply were too afraid of him to fight him. With GG, you have plenty of otherwise decent folks willing to say “I see what he’s getting at,” which makes him more dangerous.

People will probably find Queenie’s turn to be a wrong move but I think it was smart to give the notion of GG’s broad appeal a human avatar.

But odds are all anyone will want to debate coming out of the movie will be the twist-ending. And as all Harry Potter fans know, JKR does love her twists…

Some of those twists landed perfectly for me, especially Quirrell and both the Snape twists, but I always thought Peter Pettigrew being Scabbers (the rat who happened to be owned by the best friend of Voldermort’s number one enemy) was such a huge coincidence and convenience that it strained believability. I feel the same about Barty Crouch Jr. posing the whole year as the best DADA teacher Hogwarts had in a generation.

This movie’s twist—that Credence is really Albus Dumbledore’s apparently long-lost brother—feels like another Snape double-reverse non-twist. You think he’s one thing but he’s not. I wonder if it’s as simple as “GG is lying.” That seems too simple for Rowling, but I also DON’T think Credence is actually Albus’ brother.

Part of me was drawn back to the three years in between The Empire Strikes Back and Return of the Jedi, when many of the Star Wars fans believed Vader was simply lying to Luke about being his father. Rowling may be banking on us believing it’s a lie, expecting us to assume she’s banking on that, thus tricking us into trying to work out how it could actually be true, only for her to pull twisty-twist and say “nope he IS lying, HA! Gotcha!”

It’s going to be the most discussed item but we’re just going to have to wait and see. 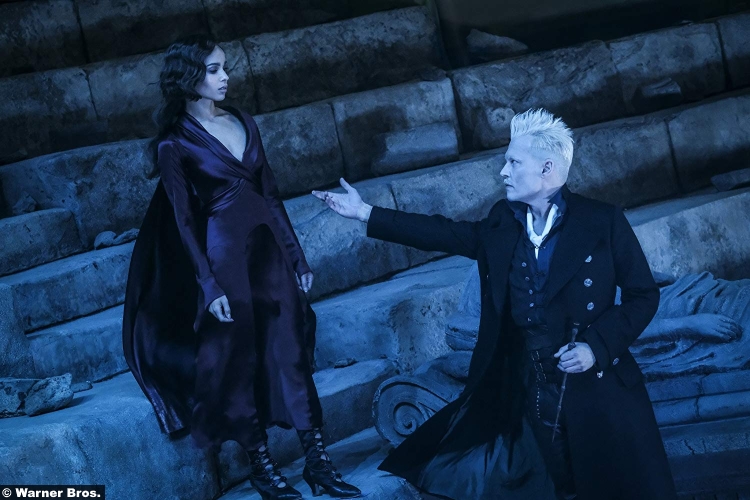 The scene in which Leta and the others stop to talk about Credence and his near-death experience as a baby was the most I wish this had been a book before it was a movie. It played like a big JKR “plot reveal” chapter and it needed the patience and breadth of wording that she can put in a novel that you just can’t put in a screenplay. It had her patented “it turns out the answer is not THIS but actually THIS!” when Leta says “he’s not Corvis because I killed Corvis!” It’s a second layer to the reveal that works better in a book than in a movie because in a book you can slow down to explain it; in a movie you have to keep things moving at a brisk pace.

To a lesser extent, I noticed that same book vs movie issue as I slowly figured out GG’s magic blue fire: It kills those who aren’t loyal to him and allows his true followers to pass through safely. That’s the kind of thing Rowling is a master at, number one: thinking up, and number two: describing in prose. The trouble with a screenplay is you’re not allowed prose: You have to show not tell; if you tell then people complain about “exposition.” So you either show it and leave people saying “wait, how…” and “wait, why…” or you stop to explain things and leave people bored with all the talky-talk scenes. Also, Queenie’s change over to seeing GG’s side is the kind of thing a book would have patiently explored but a book adaptation would have to rush through.

The Crimes of Grindelwald is the adaptation without the book. 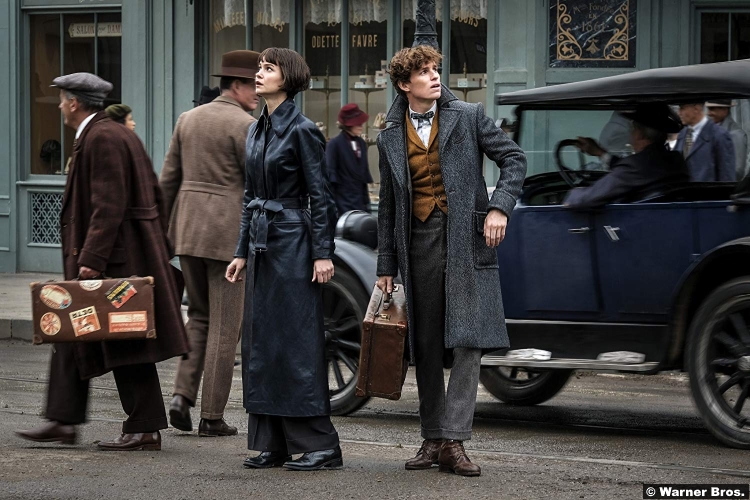 The first FB movie resolved that potential problem with the character of Kowalski. As a muggle (Nomag) the magical characters had to explain things to him and so the exposition felt natural and unforced. Here he knows a bit more so the audience is left to figure these things out. This being the tenth movie a lot of the shorthand is already learned, but the new stuff and all the new characters just flew by so quickly sometimes my head couldn’t keep up with my ears. 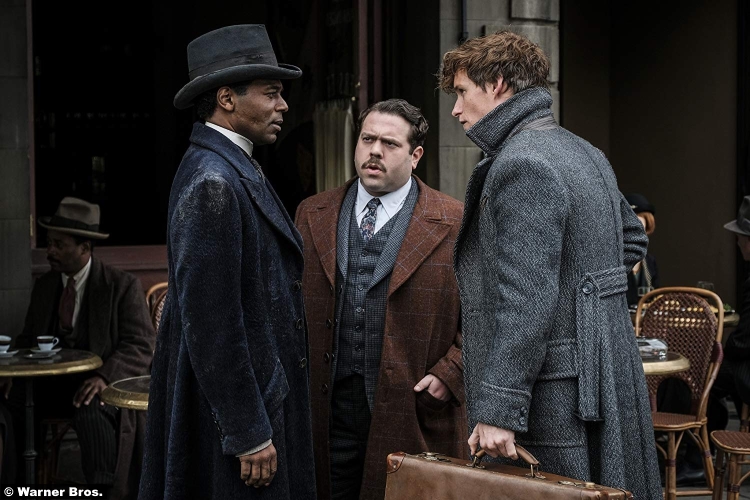 The movie is, unfortunately, being raked over the coals by critics but as a hardcore Potter fan, I really liked it. I didn’t see any continuity errors or retcons the way early critics were saying. The exception is, of course, Dumbledore’s brother but that’s TBD until the final three movies are done. The little things like Nagini being a person who is slowly transforming into a snake and Dumbledore teaching DADA were either perfectly explained (DADA) or just things that we didn’t expect to happen but which don’t necessarily contradict the prior stories (Nagini).

Honestly, I was sort of half-dreading that they’d reveal Credence was Tom Riddle Sr. or something. THAT would be an unforgivable retcon.

This was just an above-average Wizarding World movie.

8/10 – The Crimes of Grindelwald is maybe too stuffed and too rushed; the way a 700-page book adaptation into a two-hour movie would be. Trouble was we didn’t get to read it, so it suffers a bit in the story execution.

It’s far from the franchise-killing disaster than some are making it out to be.