REVIEW: Mortal Kombat (2021) is a faithful cinematic version of the modern game…

If you were disappointed in this movie your expectations were way too high.

Mortal Kombat (2021) is the second major attempt at creating a cinematic adaptation of the popular fighting game. Yes, I know there have been other adaptations over the years, but they have all been small-scale operations lacking the kind of high-profile release that this movie has enjoyed. There’s not been a Mortal Kombat movie this hyped since the original, Paul W.S. Anderson movie released back in 1995. We did a retrospective of that movie last year, by the way, if you’re interested.

There are two important points I made in that 2020 article that have great relevance to my review of this film. The first is this…

…the movie is cheesy, garish, nonsensical, loud, and simple/dumb fun. That’s not a bug, that’s a feature.

The second is this…

Despite paper-thin characters, the motivations of everyone involved are plainly stated so that the audience can, at the very least, follow what is happening and understand what’s at stake. I can’t emphasize enough how crucial it is for writers to do that with their movies but how many fail that simple task. There are films with budgets ten-times what it cost to make Mortal Kombat, having stories that make no sense, plots that don’t seem to exist, stakes that aren’t clear, and climaxes that fail to make an impact. 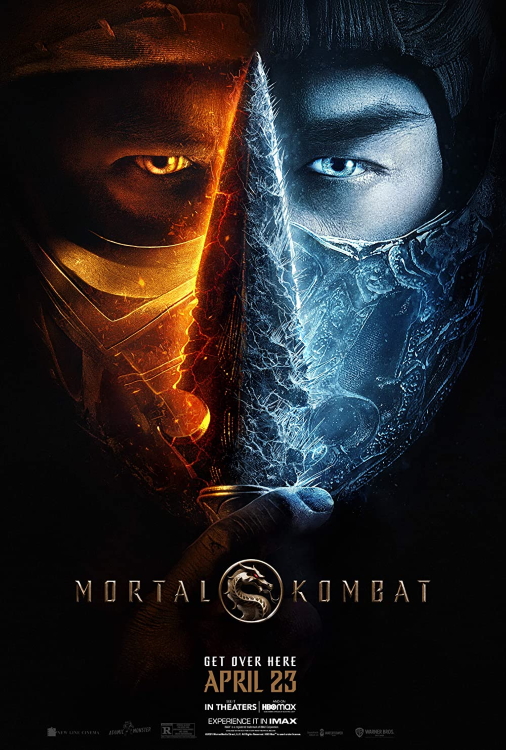 As to the first point, I think the 2021 movie’s biggest detriment was the deliberate decision made in the film’s development not to be as hokey and cheesy as the 1995 film. Instead, the movie opts for a more serious tone, with just enough jokes to keep things from getting too morose, while never completely stepping away from the “drama.” Let’s not forget what the “source material” in question is, though: Put simply, Mortal Kombat is a joke; the first movie was in on the joke, while this movie tries to pretend there is no joke. Sometimes that commitment to the plot works, especially when the subject matter is human and relatable: Sub-Zero murders Scorpion’s family, sending the latter into a centuries-long quest for vengeance. This is all played straight and soberly and it’s the most effective parts of the movie. On the other hand, the whole notion of dragon tattoos, discovering one’s inner power, and the whole “fate of the world” schtick just doesn’t land. Granted, it didn’t land in the 1995 movie either, but at least that one had Johnny Cage cracking wise about the whole thing. 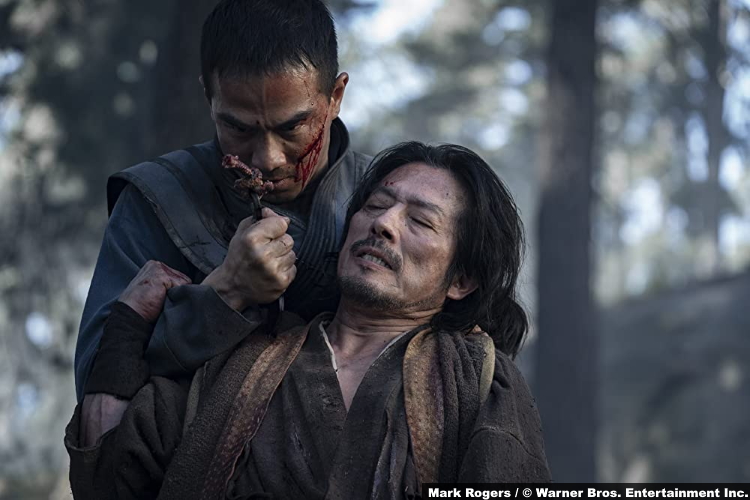 As to the second point, the 2021 movie lacks much of a story. It has a lot of lore, don’t get me wrong. There is a lot of backstory to it, which is one of the strengths of Mortal Kombat (the game) as a whole. But in terms of this movie’s sub-two-hour runtime, there’s a loose thread of Shang Tsung trying to kill the champions that conceivably would fight in the next Mortal Kombat tournament which…I guess would force Earth to forfeit? It’s not really clear what the actual goal is that the baddie’s trying to accomplish. After all, one of the major parts of the story revolves around Sonya Blade not being a champion and, after defeating Kano, she earns her dragon tattoo and the right to compete in the next tournament (whenever that is; the movie doesn’t say). Now you might think “that’s the point: a champion can pass on their tattoo when they’re killed, so if the bad guys from Outworld kill all the champs then the tattoo can’t pass on to people in Earthrealm, etc.” And that would be a neat and tidy plot point…if it wasn’t undercut in the finale of the movie: Raiden sends the heroes out to search the globe for more champions to fight for Earth.

And if Raiden can do that, then what really is Shang Tsung’s goal? I don’t think he has one that extends beyond servicing the film’s plot, and that’s a sign of a script that needs another draft. Unlike the 1995 movie, this is a film with a story that doesn’t make sense and whose plot is unclear, leading to a climax that…

Well, I can’t say it fails to make an impact because that’s not true: The actual climactic fight between Sub-Zero and Scorpion is wonderful, entirely because it’s built on the foundation of genuine drama established in the film’s opening (and best) sequence. The problem is, the fight is between the film’s primary villain and a character that disappears after the five-minute mark and doesn’t reappear until there are ten minutes left in the movie. Meanwhile, the character the film works hard to establish as the actual protagonist spends the majority of the film’s climactic fight…punching a wall of ice.

A simple fix would have been for Cole Young to somehow become Scorpion, inheriting the power from his ancestor whom Sub-Zero murdered. Considering how much of the plot revolved around the champions discovering their inner powers, this seems like an easy line to connect between two plot dots. It didn’t happen though, leading to a plot that gets written into a corner, and a climax where the story’s primary protagonist is a mere spectator to the final fight with the film’s most dramatic bad guy. 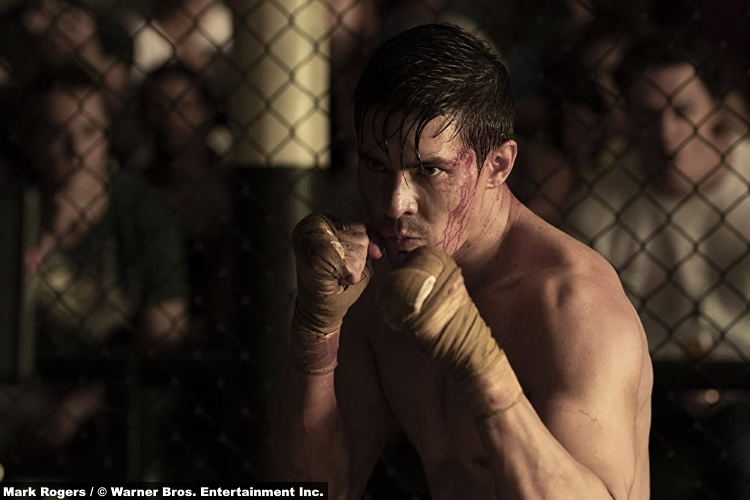 But what the heck does any of that matter? It’s Mortal Kombat, for crying out loud. It’s a silly blend of martial arts movie, sports movie, and fantasy movie, and even if the film is too in love with its own mythology to wink at how silly it is, I’m not so insecure; I can laugh at it and still enjoy the over the top gore and cringey one-liners. Is the 2021 movie as clever or impactful as the 1995 film? Hardly, but it’s a fun enough ride that a sequel is inevitable, and with the tease of Johnny Cage coming in the next one, hopefully, it’ll bring with it a bit more of the “wink and nod” fun that this one was lacking.

7/10 – Almost “really good,” but held back by a story that did it no favors and a severe shortchanging of the only “really great” part of the plot (the revenge-based story between Scorpion and Sub-Zero).

Fans will enjoy it.