To say the first Frozen was a big hit for Disney would be a tremendous understatement. The movie is basically The Lion King of the company’s computer-animated library. Much the way Little Mermaid kicked off the Disney renaissance, Beauty and the Beast proved it was not a fluke, and The Lion King took over the world as the most successful animated film ever, Disney’s second renaissance had Tangled to kick things off, Wreck-it-Ralph to prove it was not a fluke, and Frozen to take the cake.

While personally I think Tangled is the superior movie, I can’t deny the cultural impact of Frozen. It struck a nerve as a kid’s movie in a way not seen since the heyday of Disney’s renaissance. Its fresh take on an old fable, memorable characters, clever twists, and satisfying climax would have earned the movie a perfect 10/10 had I reviewed it back in 2013.

And now comes the sequel, inevitable as it is. 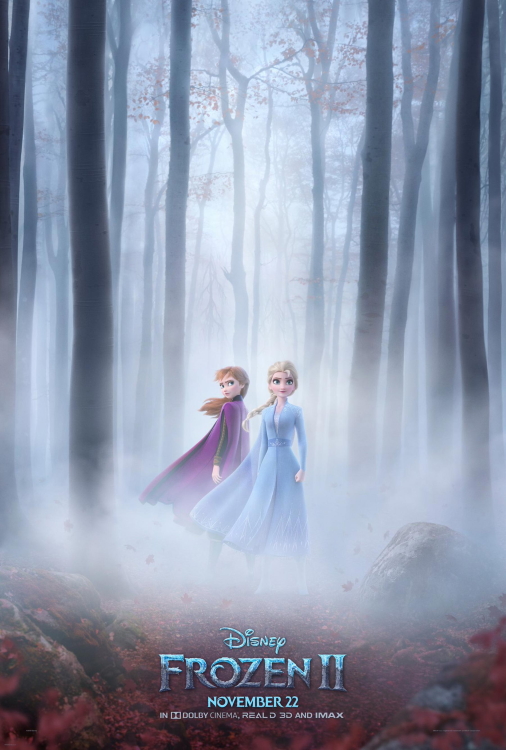 Disney’s track record as a hit-maker is undeniable. That magic does not always extend to their sequels, however. For years the company seemed to fall into the pattern of committing all their creative muscle to an original film, and then toss off a direct-to-home video sequel years later, with a bare-bones budget, a hackneyed story, rushed and cheap animation, and nothing worthwhile about any of it.

Kids might have fond memories of Aladdin 2 or Return to Neverland, but watch them again with a critical eye and you’ll see how terribly the compare to the studio’s first takes. Frozen could have easily suffered the same fate but Disney wisely gave this one to their A-team, promoted it heavily, and released it during a lackluster fall-movie season. If it fails to match the heights of the original at the box office, it won’t be for lack of trying.

Frozen II might have aimed higher than Aladdin 2 but it fell short of its goal all the same. The movie, while stunningly animated, well-(voice)acted and occasionally showing flashes of its predecessor’s greatness, never quite conjures the same magic. Something was missing and I think I know what it was. 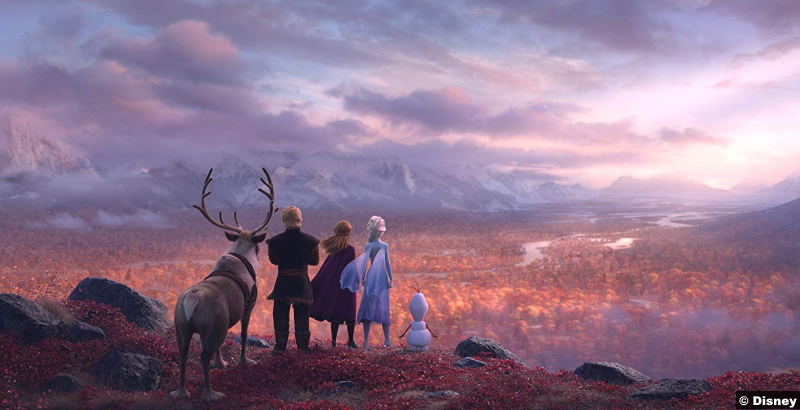 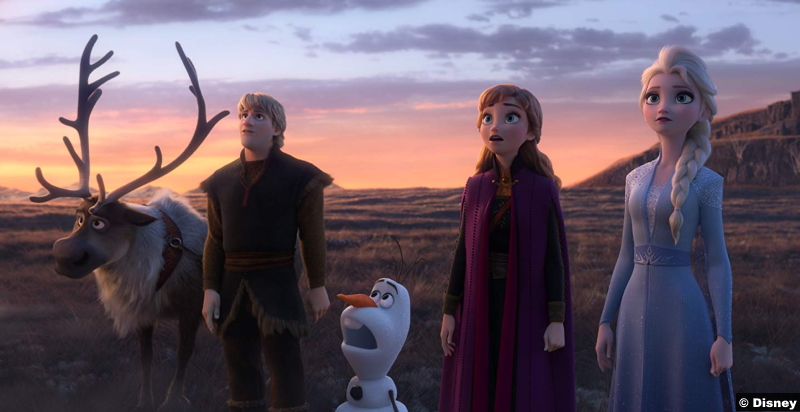 Once more, the original Frozen succeeded on the strength of three bold decisions by the filmmakers:

First, the movie eschewed traditional fairy tale tropes to the point of mocking the clichéd “knight in shining armor” and hapless “damsel(s) in distress” ideas.

Second, the movie doubles-down on its female characters, centering the story on the relationship between sisters, a rarity for a children’s movie.

Third, the soundtrack featured a ton of instantly-catchy songs, not the least of which is the ubiquitous “Let it Go.”

Frozen II does not replicate that formula. In fact, it only seems to try and check one of those boxes.

Unlike the original, which confidently hung the lampshade on countless little fairy tale tropes, Frozen II embraces those well-tried (and mostly tired) story elements. While the trailer hinted at a more epic, fantasy-focused film with sweeping vistas, big action scenes, despair, and adventure, all set to the backdrop of an autumn-theme…

the movie itself never really attempted it. It keeps things relatively small in scale, keeps its big and epic moments few and far between, and keeps its plot moving through predictable story beats and plot-twists you’ll see coming a mile away.

The soundtrack is another disappointment, with plenty of songs to enjoy (more than the first offered) but none that will stick in your head the way “Do you Want to Build a Snowman” or “Love is an Open Door” or “Let it Go” did six years back. The best song is performed by Hans, but it’s great more for the way it was animated (like a cheesy VH1 music video) than for the lyrics or melody. Idina Menzel gets a few opportunities to belt out, especially on “Into the Unknown” but you’ll be hard-pressed to remember it after you leave the theater (which means six more years of “Let it Go” being sung by children everywhere). Kristen Bell performs a great solo called “The Next Right Thing,” which is maybe the most ear-wormy of the bunch, but again, unlike with the big three from the original, it fails to resonate. 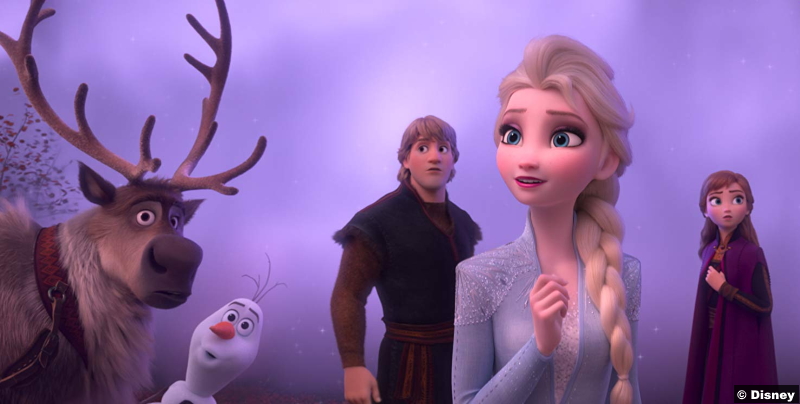 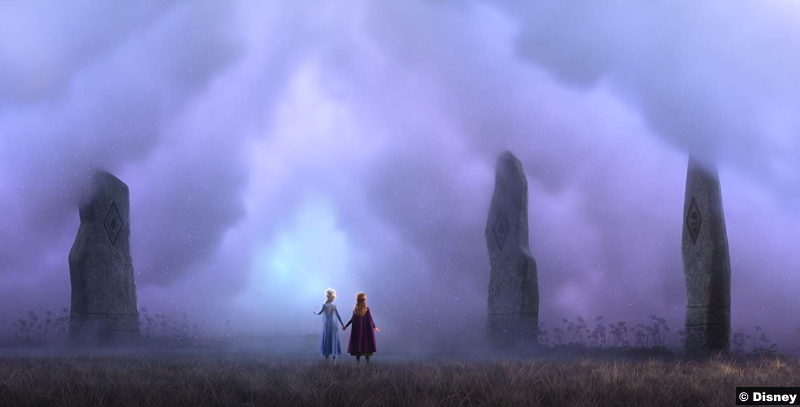 The one area where the movie reached the standards of the first is in the relationship between Elsa and Anna. While the first movie built on their sisterhood around the idea that “you don’t need a knight in shining armor when you have family,” the sequel builds its sisterhood-plot around the idea that “you don’t need to do magic to make a difference.”  Probably the most powerful moment in the movie saw the powerless Anna leaping over chasms with great effort (something her sister could do with ease) as she struggled to solve the movie’s central problem. In the end, she succeeds and her sister is only there to offer additional help on the back-end. Putting the climax in the hands of Anna was a smart creative choice; it was a bold move close to the same level as building a movie around the two sisters was originally.

I just wish the rest of the production had been so bold.

8/10 – Frozen II is not a bad movie by any means, but it does disappoint. A few flashes of greatness here and there kept me engaged, and the songs were good in the moment, but the whole experience lacked the instant-magic feel of the first.

Die-hard fans will love it, though, let’s be real.