Are you afraid yet? You should be…welcome to the dark side of Disney

What do we think of when we think of the Disney Corporation? Yes, it is a corporation, and that is the one thing we mustn’t forget. Don’t be deceived by the elegant animation, fairytale endings, precision-driven score lines, and life-escaping theme parks. This is business at its most brutal and visceral cutting edge. A man in a costume waiting to devour your entire bank account, garnished with a smile and a gentle pat on the head to send you on your way. Aggressive parental marketing this is not, but you will enjoy it, God damn it, or forever regret your failings in the eyes of your offspring. Welcome to Disneyland. We hope you don’t choke. Enjoy! Getting back to the question at hand; we think of parables of virtue, princesses awaiting their life-giving first kiss, knights in the shiniest of shining armour, castles that shatter the blue sky above, and it’s all wrapped up in the most beautiful of bows. The gift of childhood memories that can never be broken, can they? You can be excused for losing yourself in the lights. Those that burn brightest often burn shortest; so enjoy it while you can. The cynical burden of adulthood kicks in soon enough. Is it time to let go of the force? It’s not as strong as it once was and it may soon be lost forever. Welcome to a galaxy far, far away. Disney style!

We’re not going to go into too much detail about the upcoming trilogy of Star Wars movies. Enough has been said already, and you’ve no doubt seen the cast line-up, the trailers, the docking of JJ Abrams in the Captain’s chair, and the exhumation of Luke, Leia, Han, and Chewie from their padded rooms in the Hollywood hills. It looks good, it smells good, and it no doubt tastes good, but will there be a sharpness to that first bite of this genetically modified forbidden fruit? Disney certainly doesn’t think so as it hoovers up yet another franchise on its path to total global media domination. The Chinese plastic modelling factories are prepped and ready to go, child-friendly light sabre development is coming along nicely, and six million life-size Chewbacca soft toys are ready to ship. Let’s get yet another promotional show on the road, which will no doubt kill us all a little bit more inside with every ring of the cash register. Mickey the Hutt wants your credits and he won’t be taking no for an answer. Disney paid $4bn for the rights to everything George Lucas owns and they won’t rest until they get every last bit of that back, and plenty more besides. They have previous in the field and it makes for scary reading if you aspire to creative freedom and a modicum of pride in your conception – like Lucas gives a s**t any more… 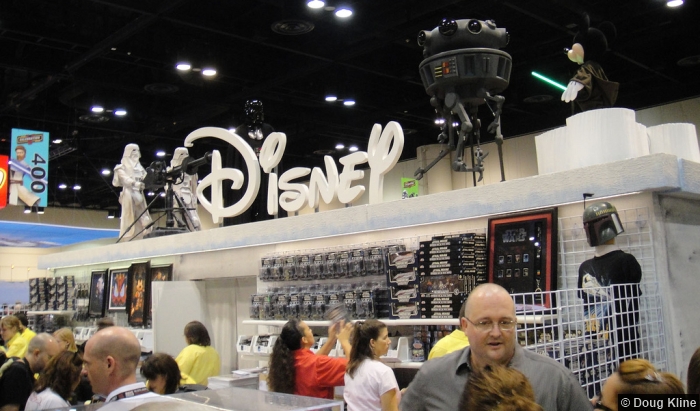 “I’ve never been that much of a money guy,” Lucas claims. “I’m more of a film guy, and most of the money I’ve made is in defence of trying to keep creative control of my movies.” $4bn should be more than enough to get Lucas interested in money, and it was certainly enough to loosen his grip on the ‘creative control.’ It is perhaps hard not to feel sorry for the poor guy having to count that much money every day to ensure the cleaners aren’t creaming off the top at Skywalker Ranch. They get one DVD per month, as was set out in the rules when they started, just like everyone else. As for Disney, well they are of course delighted with the deal – paying $4bn for Star Wars is the second best tax dodge in the history of mankind, just behind their first. It was simply a case of ‘well the ISS are going to get it anyway so what’s for sale right now?’ The giant corporation did exactly the same in 2009 when they bought Marvel for guess how much? Yes. That’s right. $4bn! This is starting to become a regular event and it’s only a matter of time before DC, JK Rowling, the Tolkien estate, and the sovereign nation of Dubai crumble to what will soon be Disney’s perennial tax avoidance project. Robert Iger, chief executive officer of Walt Disney, describes the world as a very dark place indeed, far more unforgiving than it used to be when they could just tip parents upside down on the way through the turnstiles to Disneyland and empty their pockets on the way in. “It’s a less forgiving world than it’s ever been,” he says. “Things have to be really great to do well.” Is that perhaps a hint towards these new movies being ‘great’, or did he perhaps mean ‘universally profitable no matter what the artistic cost’? Maybe he was misquoted. These things happen, we suppose… 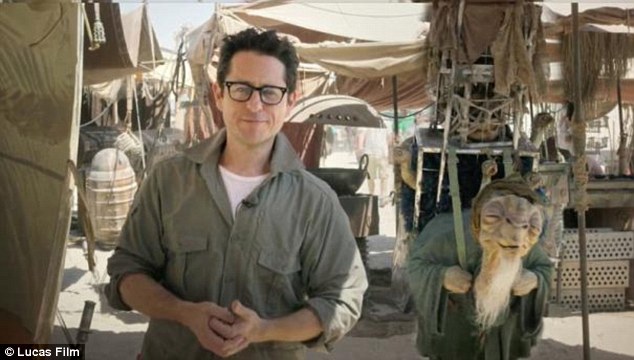 Okay. So let’s be fair. Disney has done a decent job with the Marvel franchise so far, and the appointments made for the Star Wars movies look viable. But what we all really want to know is, are the new movies going to make Disney a lot of money? You’d better believe it. Are the fans going to get the movies they’ve always dreamed of? We’ll have to wait and see; but one thing is for certain, the actors who have signed up may want to wave goodbye to any future roles if they really have a good think about it. Anyone seen Ewan McGregor lately? What the hell has happened to Liam Neeson? Is Hayden Christensen even alive? We can only imagine they are getting fat off their paycheques for the trilogy that we’d all sooner forget. Perhaps that’s why Abrams and co. have cast a group of unknowns, because Daniel Day Lewis and Tom Hanks became awfully tired of having to move home to avoid the Disney ‘doorsteppers’ from posting ever increasingly sized cheques through their letterboxes. Nobody in their right mind would seriously go anywhere near this with a fifty-foot light sabre, from an acting perspective anyway. The trailer shows a new Jedi with a definite tendency towards the dark side and some fancy special effects, which at first glance look extremely exciting. But what are the chances we’ll see anything other than faceless stormtroopers being killed off in any of the action scenes? Bambi’s mum bit the dust fairly early on, so there is a little bit of hope we suppose. Our tip? Snaffle up some Disney shares while you still can. They are currently trading at $108.10. Alternatively, Bank of America Corp. is trading at $15.73. That puts it into perspective, don’t you think? Christmas is about to become expensive, but don’t worry, you only need the one kidney to keep the kids happy, this year at least.