REVIEW: RALPH BREAKS THE INTERNET is a solid sequel with heart

The original Wreck-it-Ralph was a pleasant surprise, in that it took a concept that had, to that point, failed to translate to film—video games—and made it work. It worked because (A) it kept the references light and humorous, thus avoiding any eye-rolls from trying to be too serious, (B) it put the focus on a fictitious 1980’s-era arcade game, allowing it to simultaneously cash-in on the 80’s nostalgia fad that was still peaking in 2012 while letting the Gears of War-esque portion be the odd duck, and not the other way around, and (C) it was never really about video games; it was about loneliness, finding a place in the world, being a misfit, and all the stuff the Rudolph the Red-Nosed Reindeer TV special is supposed to teach (without the overt racism).

The original Wreck-it-Ralph came a couple years after Tangled proved Disney could still work magic as an in-house animation studio and a year before Frozen took the world by storm. In that sense it was sort of like Beauty and the Beast, coming after The Little Mermaid said “Disney is back” and before The Lion King said “Disney is everything.”

Six years have passed since it’ release and in that time Disney’s animation department has not slowed down. Films like the aforementioned Frozen, Big Hero 6, Zootopia, and Moana have proven that the old 90’s Disney magic is back. A lot of its success is due to creating films that tug on the heartstrings as much as they make you laugh. They play on the nostalgia that today’s parents have toward their own childhood when they were kids wearing out their VHS copy of Hercules or The Emperor’s New Groove. You can thank John Lasseter for that; the former head of Pixar was put in charge of Disney’s entire animation department right around the time the studio’s fortunes turned around. He’s been forced into retirement now, due to workplace misconduct allegations, but his creative fingerprints remain on the current era of Disney.

Six years since Wreck-it-Ralph released, the sequel finally arrives, and in many ways, it does so with even more challenges to overcome. For one thing, the story tackles a subject matter that is even harder to construct a story around than video games: The Internet. Watching the trailer…

…I have to admit to being underwhelmed at the time.

Whereas the original movie’s advertisements checked every box for me, the marketing for the sequel looked like something barely above the putrid and destined to be forgotten The Emoji Movie. My worry was that the movie would signal the beginning of the end of Disney’s latest animation boom, much the way Atlantis: The Lost Empire and Treasure Planet did. Those movies weren’t rock-bottom for Disney’s magical era that started with The Little Mermaid, but they did signal the roller coaster was pointed downward (toward Brother Bear and Home on the Range).

All that on my mind, I sat down to watch Ralph Breaks the Internet with low expectations, hoping that there would be enough Disney magic to make me pleasantly surprised. 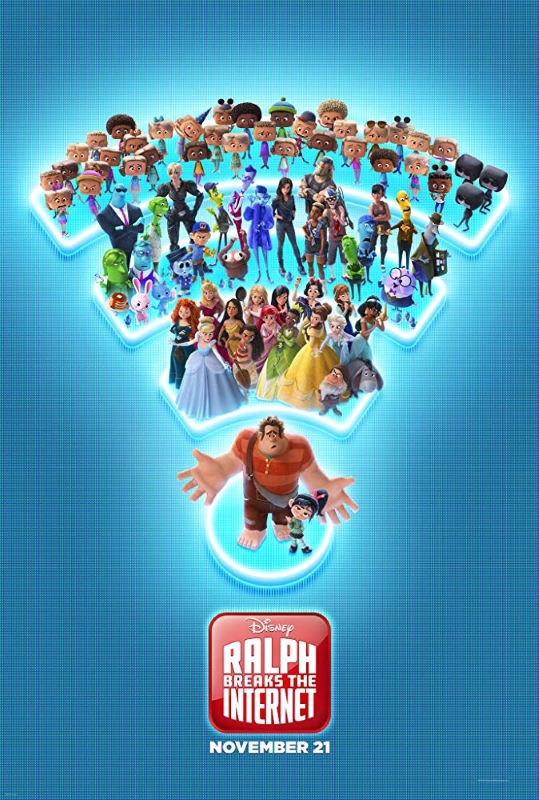 I won’t call the movie a masterpiece. It didn’t resonate with me the way the first did, probably because I have no emotional attachment to the internet the way I do video games. Games offer a wellspring of nostalgia, of fond memories for players who—once upon a time—sat alone in their rooms slaving away at them. They offer a great backdrop for a story about loneliness. The internet—as a backdrop—can’t offer that; it’s just a tool. Because of that, the movie handicaps itself a bit, and if this wasn’t Disney, it would probably be a handicap that the film would be unable to overcome (just as The Emoji Movie had nothing to offer under the gimmicky surface). 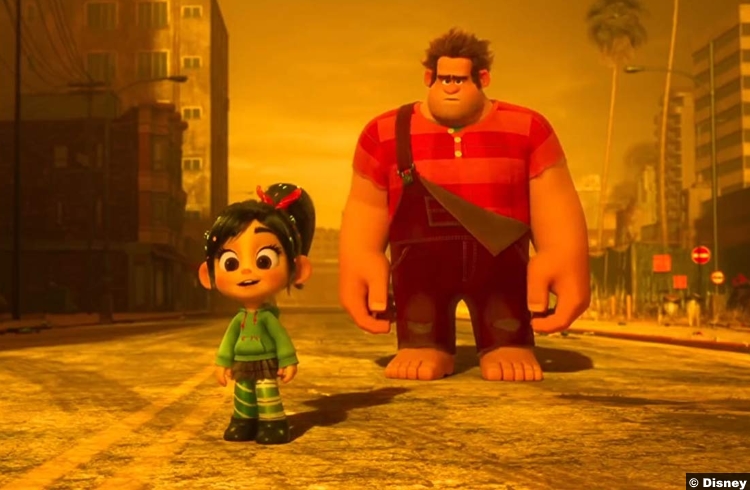 But because this is Disney, the film has an emotional center that keeps it grounded and focused. The first movie brought Ralph and Vanellope together through their mutual status as misfits. The sequel introduces the conflict between them in a very logical way: How would Vanellope—free spirit that she is—cope with being best friends with Ralph, a character that is programmed and perfectly content to do the same thing day after day after day? 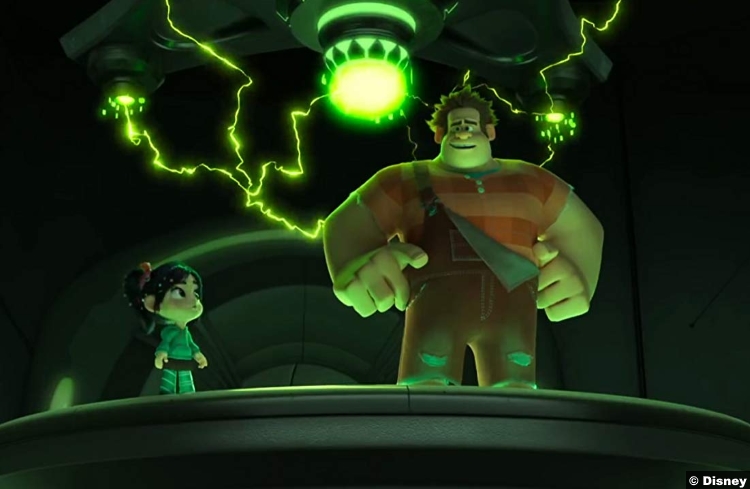 The story that unfolds, which leads them “into the internet” to get the thing to do the other thing, etc, is all just window-dressing to keep the central conflict rolling. That’s the magic of these recent Disney movies. They offer plenty of surface level entertainment; you have your quips and your cameos, your funny gags and your fun-for-kids hijinks, but there’s more to it than that: This movie isn’t about “the internet.” How can any movie be about the internet and be about anything?

This movie is about two friends developing enough respect for each other as individuals that they agree to remain friends while also not spending every waking moment together. It’s the perfect follow-up to the original story, with excellent character development that is logical and consistent, and it offers an opportunity to teach kids valuable life lessons as they mature.

9/10 – While it doesn’t land every joke, it also failed to elicit any groans. Ralph Breaks the Internet may have a few cliches in its setting, but it also has enough heart and depth to make it more than a worthy follow-up to the original and a fine addition to Disney’s newest era of greatness.

And the cameos and gags were fun too, but that’s just a bonus.