I had to pause writing this review to remember the Michael Haneke movie where a couple receives videotapes of their home. Not inside footage–just hours and hours of the exterior of their house. It’s Caché, by the way. And I was thinking about it because that’s what happens in this week’s Riverdale.

That improbable videotape that Betty and Jughead received last week? Well, they’re not the only ones who got one. A lot of people did and it’s all the same thing: hours and hours of the exterior of their homes. In Caché, the message to the couple seemed clear–they were under surveillance. And that’s what the message seems to be here. People are being watched. 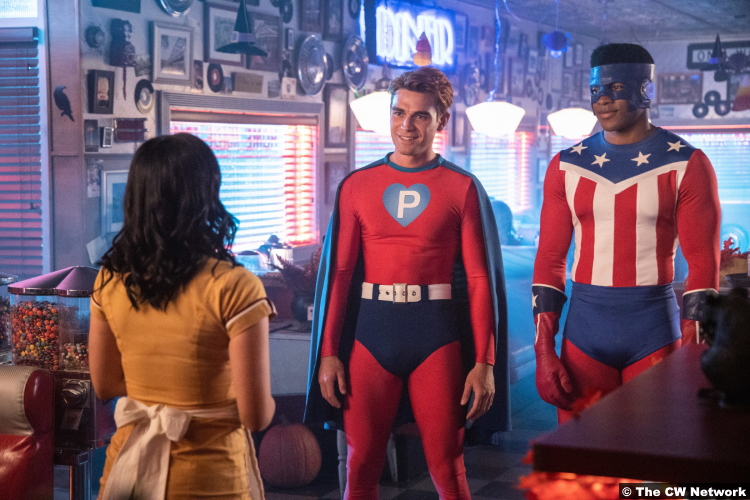 As for who’s watching them, we don’t know yet. I have some theories, but I’ll save those for later. I will say that I appreciate Jughead pointing out that VHS tapes are “anachronistic,” even in the world of Riverdale. I’ll also say that I fully believe that Archie watched the entire tape of his home.

Speaking of Archie, he and Monroe spend Halloween night at the new community center, providing a place where kids can just be kids. Unsurprisingly, though, Dodger doesn’t take that whole beating thing last week very well, and he shows up, too. They can kick him out of the center, but they can’t make him stop loitering outside, for some reason, and so he ends up shooting one of the kids Archie and Monroe are trying to protect. (The kid’ll be fine, but now he’s too scared to go out alone.) Archie is going to bring back the Red Circle or something even more ridiculous, ain’t he? 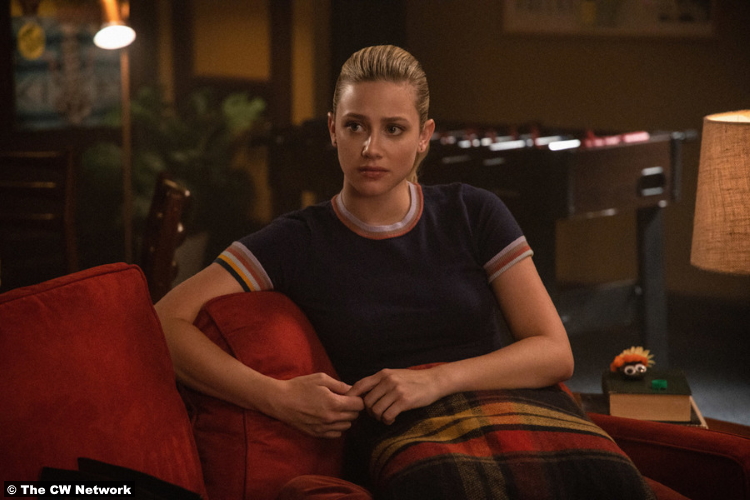 While Veronica is fighting off an escaped serial killer by, wow, setting him on fire, Betty’s got her own serial killer problems. It seems as if the Gargoyle King and the Black Hood are popular costumes this year, which is not exactly soothing Betty’s nerves. She’s at home trying to have a chill Halloween with Jughead and Jellybean, but Jughead is missing and Betty is receiving scary phone calls. The caller, who claims to be calling from inside the house, also claims to be her dad. Once Charles shows up, he traces the calls–sure–and finds out they’re coming from the same facility where Polly is being deprogrammed. Betty calls Polly and yells at her, but I wouldn’t be surprised at all if Polly wasn’t the caller.

By the way, Jughead is missing because he’s being pranked by his new classmates. It’s part of an initiation ritual, which I guess he’ll need now that Moose has left another school. Also, as I pointed out last week how Charles was acting suspiciously, by having Betty, a child, disarm a bomb, I’m pleased to report my intuition seems to be working. That’s because it’s revealed later in the episode that he’s tapping Betty and Jughead’s calls. Weirdo. 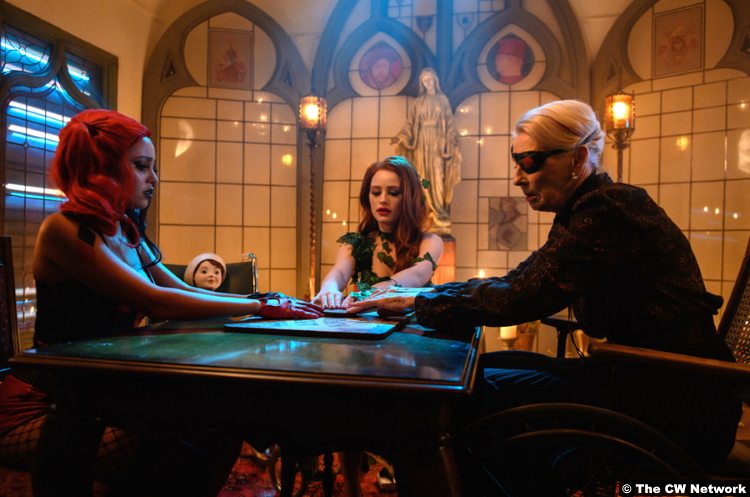 And speaking of weirdness, oh, mercy. Let’s go over to Thistlehouse. I must say that Toni possesses infinite tolerance and patience. After discovering that her girlfriend was keeping her twin’s mouldering corpse tucked away INSIDE THEIR HOME, she doesn’t run screaming. Instead, she gently suggests that they let Jason go. And by letting him go, I mean bury him. Cheryl actually acquiesces, but then an unnerving doll shows up in his place. (Please see the photo for further details.)

Nana Rose, who is on a completely different plane, says that it’s the doll Penelope had made when she lost one of her triplets. See, this is the secret Cheryl was supposed to learn last week, because Cheryl absorbed Julian, the third Blossom baby. Yeah. So anyway, Penelope was bereft and had this doll made to help her cope.

And then, great God a’mighty, they dig up Jason again, as Cheryl believes it’s the only way to make the doll go away. Then they bury the doll in Jason’s place, but the doll shows back up! No, thank you.

And speaking of “no, thanks,” we have another flash-forward this week. FP and Betty are at the coroner’s office, being shown a body that looks like Jug. I’m callin’ it now–he’s gon’ fake his death. Does it have something to do with the Stonewall Prep students who’ve maybe gone missing (including Moose)? Perhaps. But this is Riverdale and we could be on a completely new nutty storyline by then. We’ll see.

8/10 – Although I could go my whole life without having to hear about the Black Hood again, I will grade this episode on a curve. The scenes at Thistlehouse made me cackle, which is all I really want from a Riverdale episode. (I will say, though, for a family that’s already lost one house to fire, you’d think they’d have fewer candles.)

Oh and if you’d like to hear a story similar to Cheryl and Jason’s, but that happened in real life, check out this week’s episode of Criminal.