REVIEW: The Nun is the best kind of bad movie

There is good and bad to be noted here. Most of it is bad, but it’s the best kind of bad.

The good is fine though.

Okay okay…but we have to have spoilers. There’s just no point in discussing this without talking about stuff that happens. But don’t worry, there’s nothing here that will be said that really will ruin the movie for you. So…you’ve been warned. Let’s talk about The Nun. 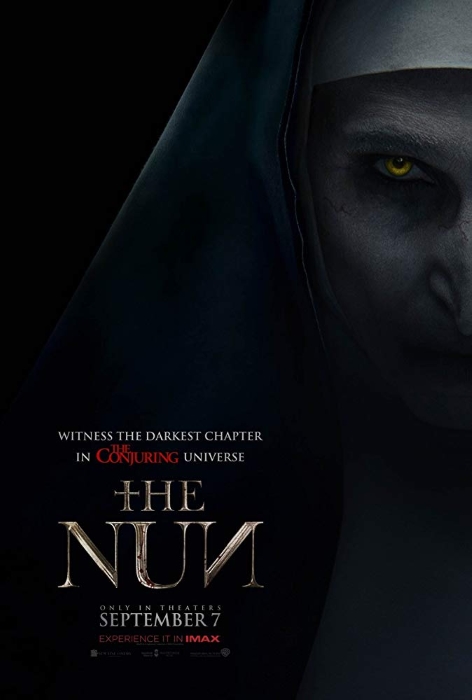 Hoo baby is this a not good movie. Unlike other not good movies, though, this one seemed to be trying. That goes a long way with me and for that, I refuse to outright hate it. On the contrary, there are some things worthy of commendation. The movie has some beautiful art design; set in Romania and shot on location, the film really highlights how creepy and gothic parts of old Europe can be. The acting is likewise good…for the most part. There are three primary actors, a priest (Demián Bichir), a nun (Taissa Farmiga ) and a rando French-Canadian (Jonas Bloquet). These are not A-list celebs. Money was spent on the Romanian shoot, I suppose. Nevertheless, two of the three actors do a very good job with what they’re given. Bloquet is the weak link but he also has the smallest part of the three. All in all, the film is solid in the technical and acting side.

But the screenplay is just pitiful. 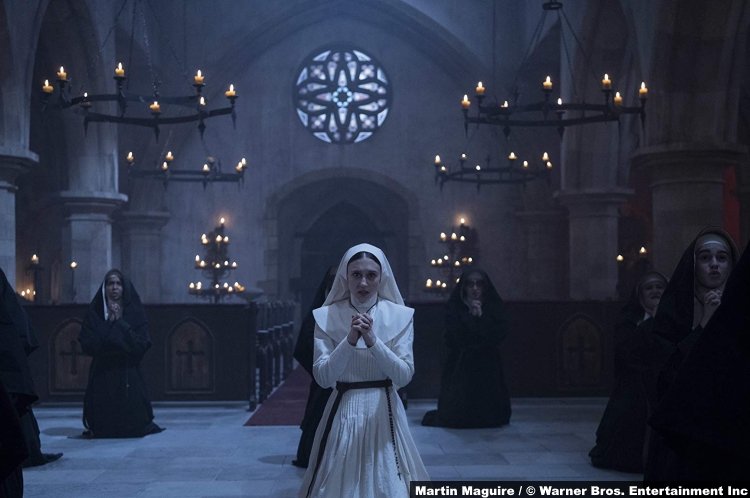 I appreciate how director Corin Hardy—who really only has one other movie to his credit, The Hallow (2015)—took his time with the movie, despite a 1.5 hour run time, and presented the story in a throwback-sort of way. The first act really takes its time establishing characters, teasing future set-pieces, driving home motivations, etc. There’s an obvious care to the movie that you don’t find in a lot of the quick, make-a-buck horror films you see more and more lately.

If the plot had been as good as the direction wanted it to be, this would be a fine addition to the Conjuring universe of films. Instead, it’s a confusing, half-baked, sometimes contradictory story that tries to do too much while failing to do much of anything beyond the superficial.

My biggest criticism is in the nature of the scares themselves. Modern horror movies really exist to scare college kids. That seems to be the target audience. The cuts are quick, the scares are loud, the villains are creepy; everything about it is tailor-made for the low-attention-span 20-something demographic. In that respect, you don’t need anything more than a quiet scene that ends with a BANG and a BOO. Once the audience gets to jump and go “ahh!” the scene has done its job and everything can reset for ten minutes before the next one. We’re like junkies waiting for the next hit, and when it comes, we feel the rush of adrenaline and the satisfaction that comes with it…and then we reset and wait for the next one. And so on. 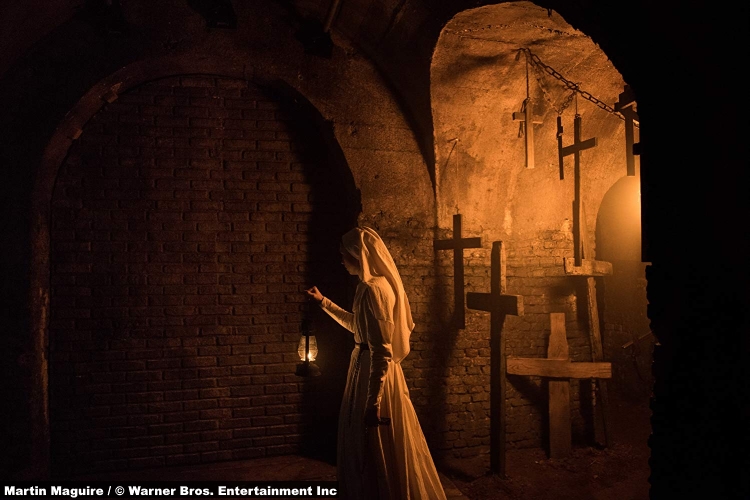 But let’s just stop and reflect on what this movie is actually trying to accomplish. What even is the plan of the Nun (the demon Valac)?

The Nun/Valac simply jumps out and scares people before disappearing again. At least in movies where there’s a demon-possession, you have flashes of terror and moments of lucidity in the villain/victim; that allows for sudden scares, etc and gives a plausible reason why (A) the demon doesn’t just kill people and be done with it, and (B) why the scares happen in waves. In movies where there’s just a rogue demon running around terrorizing people you usually have multiple characters dying here and there before someone finally survives and wins; the scares are tied to SOMETHING happening (like a death). There’s a sense of progression, forward momentum. You can feel the demon has accomplished something before finally it gets got. 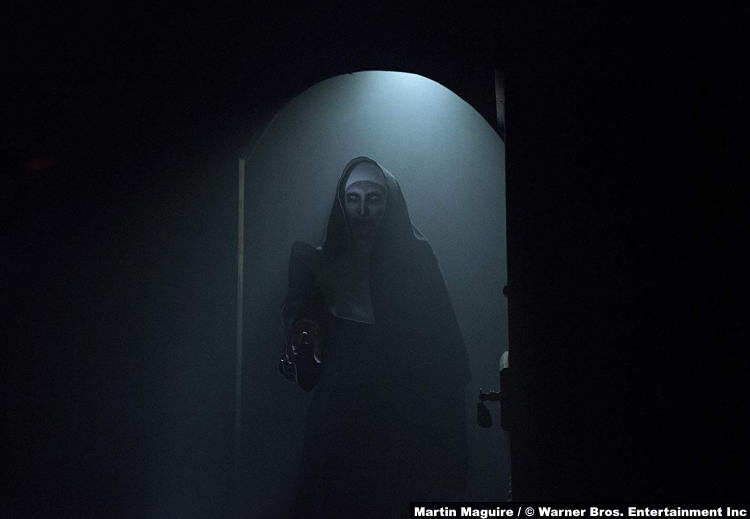 Here the Nun just jumps out, all but yells BOO!, and then disappears. And it goes on like this for the first 75% of the movie.

That’s the biggest serious complaint I can level against the movie, and admittedly it’s a big complaint. But I was having too much fun snickering at the rest of it to let it bother me too much.

That is some tremendous, accidental hilarity right there. Bravo.

There is good and bad to be noted here. Most of it is bad, but it’s the best kind of bad.

The good is fine though.