In January we looked at the brilliant comedy-slash-philosophical examination that is Groundhog Day. in February it was Sleepless in Seattle, easily one of the greatest “romantic-comedies” in history. In March we remembered the late-great Robin Williams and the endlessly-rewatchable comedic stylings of Mrs. Doubtfire. In May we looked at the thrilling mystery, The Fugitive. In June we talked about Batman and the overlooked (at the time) cult classic that is Mask of the Phantasm, while July offers up The Sandlot, one of the greatest baseball movies ever. In August we praised the many life lessons gained from watching Tombstone and in September we looked back on Mel Brooks’ beloved spoof of the cult favorite Robin Hood: Prince of Thieves.

I was going to devote October to looking back on Schindler’s List. It’s a profound movie that was one of the first “serious, grown-up” films that I can recall having a real impact on me as a young person. I probably watched it a bit too early to appreciate it fully, but I gained enough from it to recognize it as one of the finest films ever made. When the time came to revisit the movie and write a look back on it for its twenty-fifth anniversary I found I didn’t have the stomach for it. To be blunt, I couldn’t get past the article’s title; it felt wrong calling that movie “awesome” in any context. If I’m using awesome to mean “really good” and not “awe-inspiring,” I just feel dirty saying a movie about the Holocaust and Oskar Schindler’s remarkable transformation from apathy to empathy was “awesome.” It was many things, but that’s not an appropriate adjective. So, being on the wrong foot with it, I took October off.

Now we come to November. It’s cold, snowy in places and icy in others, but all around us you can find the warmth of love. While many will let the bitter chill of a late-autumn breeze harden their hearts, there are those who find bliss in the fires of romantic passion. Springtime is usually the season of romance, but there’s a time and place for it in the colder months too. Thus we come to this month’s twenty-five year old film, a movie that dared to set its romantic-comedy stylings in the middle of a Minnesota winter. A movie that, on the surface, looks like a generic rom-com without much to offer: Two long-time frenemies feud over a beautiful new girl who moves into town. What this movie does to shake things up, however, is to make its central characters, not rambunctious teenagers or eager and beautiful young adults, but instead a pair of geriatrics.

The result is one of the best romantic-comedies of the past fifty years, much less twenty-five. 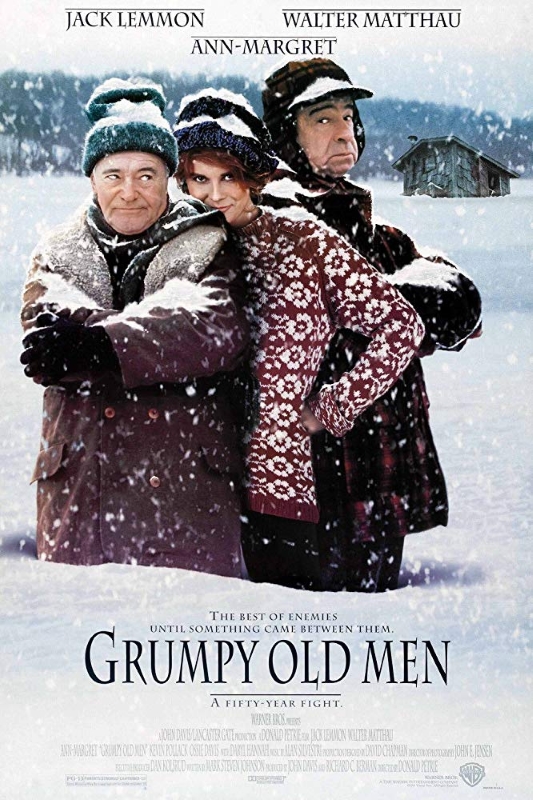 There are two things I love most about Grumpy Old Men, though I could spend hours talking about all my favorite scenes. I could talk about Walter Matthau’s hilarious way of pronouncing anything with an s, or his hilarious inability to whistle. I could talk about Jack Lemmon’s perpetually put-out persona and his perfect-enunciation of the word “moron.” I could talk for days about Burgess Meredith and his deadpan delivery, especially in the scene where he (then, eighty-five years old) scolds his nearly sixty-year-old son for fighting with a seventy-year-old man, dressing the both of them down like they were ten-year-olds. This movie has so many little moments, like the fish that rots in the car, the sculpture of Ariel’s dead husband (complete with…all appendages replicated), or the “ice water on the roof trick” that manages to both set up and pay off a joke multiple times over before the actual gag even happens.

But in a big picture way, there are really two things that make this movie special: The screenplay and the direction.

First, the screenplay was written by a film student, Mark Steven Johnson. He went on to direct the Ben Affleck DareDevil film and both Ghost Rider movies. So his pedigree is not exactly stellar, but the story is simple enough that it really one needed to be funny to work. It didn’t need complex plot twists or any deep characterizations. It just needed yucks. Too often with movies like this, the laughs are forced, sterile, and eye-rollingly stupid. Maybe that’s because they’re usually delivered by empty characters who are too beautiful to sympathize with. Grumpy Old Men‘s lines are genuinely funny, delivered by a pair of talents so comfortable in their comedic skins they could probably have ad-libbed their way through the whole movie if they wanted…and there’s some evidence they did a lot of ad-libbing…

So it checks the number one box needed: It’s funny. And yet, it manages also to be subtle and endearing. The story of John’s impending foreclosure, both of their wife-less loneliness, and even the way John seems so unsatisfied despite being upper class compared to Max, who is far more middle-class and seemingly-happier despite a more modest lifestyle; there’s a lot of layers to the movie that mostly goes unsaid. It doesn’t go unexplored, however; the story just lets those elements play under the comedic surface. 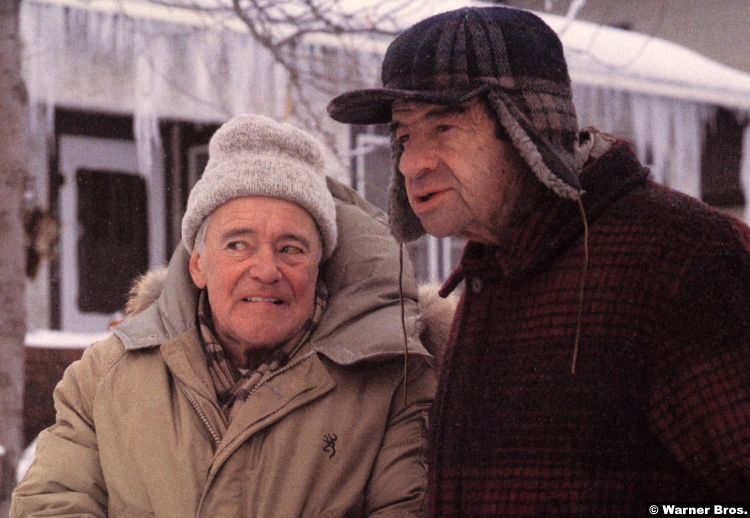 Which takes us to the direction. Donald Petrie (How to Lose a Guy in Ten Days) had the easiest job in the world. There were no novices to walk through. There were no greenhorns to hand-hold.  As mentioned, Lemmon and Matthau could do this in their sleep; all the funny lines are perfectly timed and delivered. But what I love is how the film doesn’t settle for just being comedic. There are some genuinely touching moments here, scenes with sadness, empathy, bitterness, and regret and there’s never a moment where you don’t believe what you’re seeing. It’s hard to find that in a modern rom-com. 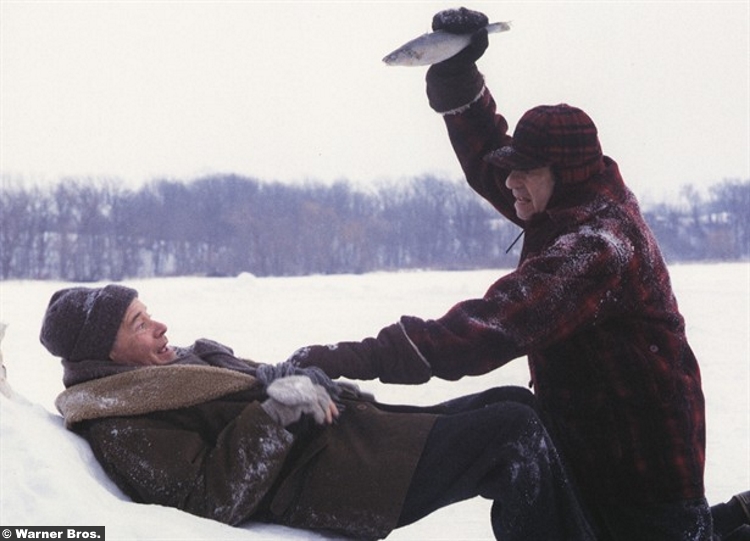 Grumpy Old Men is not often thought of when considering great movies from the 1990s. It’s not usually considered a must-watch each holiday season, either. There’s no reason why it shouldn’t be, on both fronts, however. It’s an absolute delight of a movie and even though Christmas isn’t at the heart of the story, the wintry setting (and Christmas scenes near the end) make it seasonally appropriate; it’s an annual watch at our house, that’s for sure.

If for no other reason than to watch a pair of masters of their craft, getting back into the swing of things for old time sake, Grumpy Old Men is a must-see. It’s funny, charming, occasionally moving and still awesome…twenty-five years later.