In January we looked at the brilliant comedy-slash-philosophical examination that is Groundhog Day. in February it was Sleepless in Seattle, easily one of the greatest “romantic-comedies” in history. In March we remembered the late-great Robin Williams and the endlessly-rewatchable comedic stylings of Mrs. Doubtfire. In May we looked at the thrilling mystery, The Fugitive. Last month we talked about Batman and the overlooked (at the time) cult classic that is Mask of the Phantasm.

The following clip is not from The Sandlot (this month’s awesome 1993 movie); it’s from another baseball movie, the only other one I’d put on the same level as The Sandlot, and the only one that comes closest to The Sandlot for the title of “the best baseball movie ever:” Field of Dreams…

Everything about that scene is perfect. The quiet but constant music that doesn’t overpower the great speech (and excellent delivery by James Earl Jones), the sparse cutting that keeps the focus on the speech while giving just enough attention to Mark as he tries to get Ray to sell the farm, and of course the sound. Listen to the crunch under Mann’s shoes, the scratching sound of the players brushing against the grass, the subtle creak of the bleachers as Mann stands (and later sits). It’s a feast for the ears and the heart.

That scene is essentially the climax of the movie and it’s not a gunfight or a shouting match, there’s no kidnapped child that has to be rescued or runaway train that has to be stopped. Only moments after the above scene ends Ray’s daughter Karen chokes on her hotdog, prompting Moonlight Graham to leave the diamond and save her. It’s a gripping scene but it’s not the climax of the movie; the speech is—the speech and the moment where Ray has to choose between what is practical and what is wishful. He chooses the dream and sets the ending of the movie into motion (culminating in a game of catch with his dad, which is really what the whole movie’s about anyway darn it now I’m misty-eyed).

The one constant through all the years, Ray, has been baseball. America has rolled by like an army of steamrollers. It has been erased like a blackboard, rebuilt and erased again. But baseball has marked the time. This field, this game: it’s a part of our past, Ray. It reminds of us of all that once was good and it could be again.

My son asked me a question the other day, for which I originally had no answer: “Why are there so many baseball movies and not as many movies about basketball or football?”

I think the Mann quote is the answer. Basketball is thrilling in March. Football sells out 100k stadiums across the country every fall. Baseball’s TV ratings are meager compared to the NFL. Attendance is way down compared to the NBA. But when you think of the game that defined America, you don’t think of football. When you talk about the legends of basketball’s past, you can only go so far back; does anyone know the name, George Mikan? He was probably basketball’s first superstar. He’s a ghost today. With football, you’ve got 50 or so years of big names but before that the list is sketchy. Otto Graham mean anything to you? Not too many, I’d bet.

But if I say Babe Ruth…

With baseball you have a sport that feels the same then as it is today. With baseball you have an inherent “Americanism” (despite arguable English origins) that simply isn’t there with football or basketball, despite those sports absolutely starting the US. When you want to illustrate a quintessential American father/son moment, you don’t depict a dad throwing a football to his son. You show him tossing a baseball.

Why are there so many movies about baseball? Because baseball is transcendent. If you have a movie about football it’s going to be about football. Baseball isn’t just a game, though; it’s a philosophy. It’s quasi-religious the way it links people, magnetically pulls them together despite a plethora of other differences that might otherwise keep them apart.  Field of Dreams states that premise beautifully.

And The Sandlot shows it in action. 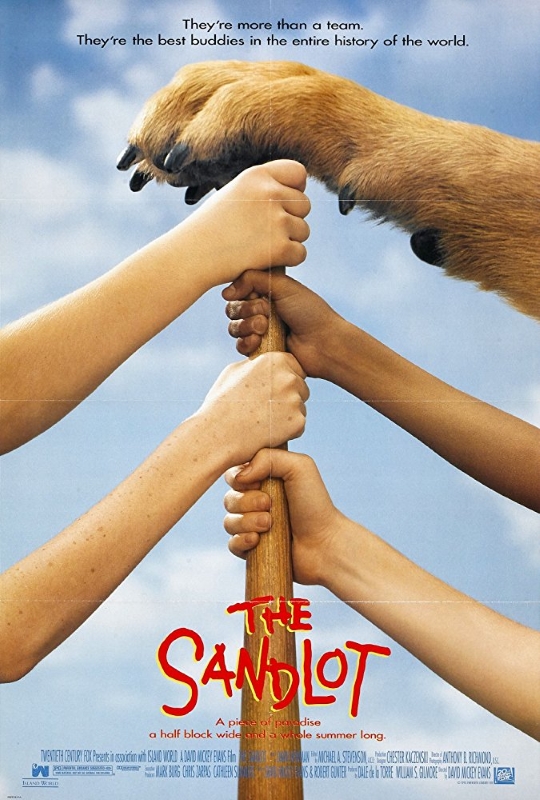 The Sandlot is not a movie about baseball. It uses baseball but it’s not about baseball. It’s about adolescence, the awkwardness that comes with it, and the power of friendship to overcome all the little things that make us weird and strange and otherwise unbearable to be around. Little Scotty Smalls wants to make friends but his initial athletic ineptitude makes for a rough outing early in the summer of ’62. But kids are resilient and after a few quick lessons and pointers, he joins…the team? Is that what they are? There’s nine of them and they play at the town diamond (dubbed “The Sandlot”) but that’s the funny thing; they’re not a team and they don’t really play “baseball.” They just “play” baseball and that gives Scotty the chance to bond with other kids. 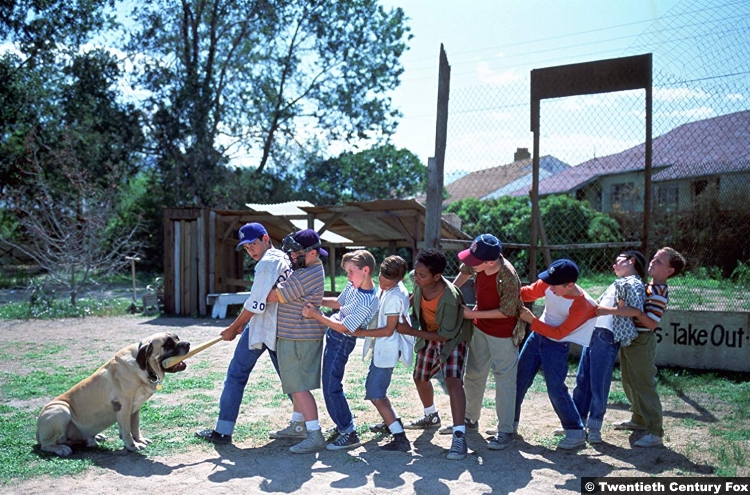 You want to talk about the movie? Have you seen it? What would you talk about?

The carnival night when they all try chewing tobacco and hurl over the edge of the ride? Side-splitting.

Fans of the movie can quote the best lines and remember in great detail the many wonderful moments, but you know what those fans won’t talk much about? The baseball.

Because there is very little baseball in The Sandlot. 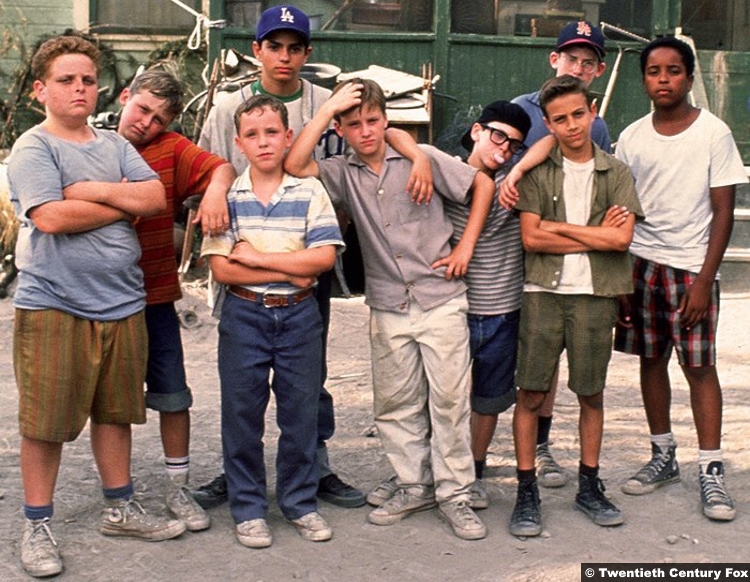 It’s everywhere and nowhere in the movie. The scenes showing them playing are rushed through or cut short in order to focus on character moments and quips. It’s the aforementioned moments that get the lion’s share of attention. Even the baseball challenge thrown down by the punk kids from across town is only glossed over. The actual game is barely more than thirty seconds of screen-time. The real memorable moment comes before the game, with Ham engaging in some classic pregame taunting. Baseball is just the backdrop; it’s the connective tissue that links those memorable moments and fun(ny) scenes. Baseball is the mortar between the bricks that built Smalls’ friendship with the rest of the players.

And that’s not some great revelation on my part either; the movie flat-out says that’s the point.

When Smalls first approaches the Sandlot, he’s amazed to see that no one is keeping score, no one is stopping at nine innings, they didn’t even have a pitcher (before Smalls showed up). Baseball was just an excuse for friends to have fun together; it was also probably the reason they became friends as well (sort of a chicken/egg thing). Benny was the only kid with any talent anyway, which is best-illustrated in the best-directed scene of the movie, as Benny hits a homerun right as Fourth of July fireworks go off. The camera moves from kid to kid watching the sky in awe of the sights and sounds while an out of focus Benny continues running the bases, laser-focused on the game.

Because to Benny baseball was life; to the rest—to Smalls—baseball…was living.

The Sandlot is a movie about friendship, about young people finding a reason to stick together through the insanity that is adolescence; like baseball itself, it’s a movie as timeless and fun today as it was when it was released, and it’s still awesome…twenty-five years later.