This year, Cult of Whatever is looking back on some of the great movies of 1993. It’s been twenty-five years since these films first captivated audiences. Some of them were blockbuster hits, while others needed a few years on home video to find their groove. Whatever their box office intake, these movies are genuine classics and deserve recognition, even years after the fact. Last month we looked at the brilliant comedy-slash-philosophical examination that is Groundhog Day. And even though the movie seems more appropriate to be reminisced and praised in the month of February, it was bumped to January in favor of a movie more befitting the month of romance…

As Cult of Whatever’s resident movie critic there is a certain kind of movie I gravitate toward with respect to review, analysis and retrospectives. Mostly they are films that had a strong impact on nerd culture; comic books, science-fiction, fantasy, horror and other films of that nature tend to develop “cult” followings, making them logical choices for coverage. I don’t think I’ve ever discussed rom-coms except perhaps for a quick, snide, throwaway line while writing about something else. That’s not because romantic-comedies can’t be “cult” hits. They certainly can be.

But usually they suck.

Cliches for miles, stereotypes on top of stereotypes, paper-thin characters, ludicrous plot contrivances, I can go on. The fact is most rom-coms target an audience that doesn’t care how stupid it is as long as it manipulates the most basic and superficial of feelings. The ability to digest the whole beginning, middle and happy ending of a couple’s life in a quick, ninety-minute chunk is quite alluring to a large segment of the movie-watching public. Good for them, I guess; I need substance. Thus it isn’t fair to categorize me as someone who hates “rom-coms.” I don’t hate them; I hate almost* any movie that is poorly made. That just so happens to include most romantic comedies.

But not Sleepless in Seattle. 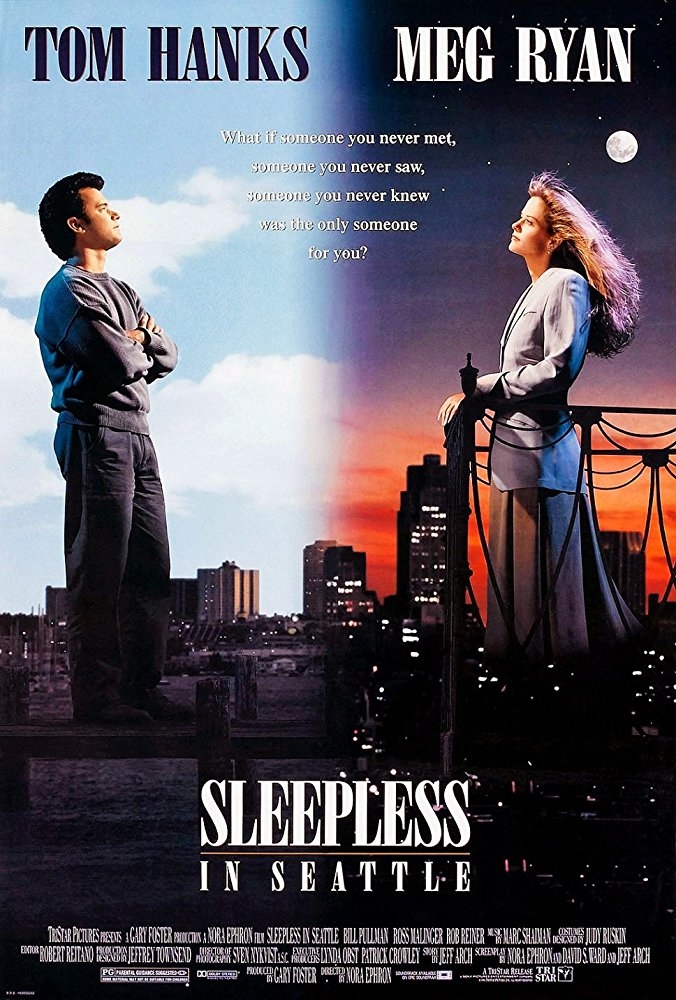 Twenty-five years on and I can still sit back and watch this movie with a smile on my face, loving every bit of it. Why? What makes this one work where so many other pretenders and wannabes fall flat on their faces? How do I love Sleepless in Seattle; let me count the ways…

The 1993 movie was the second to star Tom Hanks and Meg Ryan but few remember Joe versus The Volcano, which is a shame because it’s pretty good too. In fact you’ll be hard pressed to find a movie between 1987’s Dragnet (fantastic) and 2004’s The Ladykillers (the first misfire) that wasn’t either a great Tom Hanks performance in a good movie or a great Tom Hanks performance in a great movie. Sleepless in Seattle happened just before he became a legit Oscar-worthy dramatic actor; in fact Philadelphia was his next movie after this. In those days, however, he was the ultimate leading man for a light-hearted good time.

Meg Ryan made the perfect counterpart. It’s curious to imagine how the movie would have gone had either of TriStar’s first two choices accepted the role. Julia Roberts had the spunk to carry her half of the picture and Kim Basinger certainly had the looks and was the kind of stunning beauty that could make Tom Hanks’ Sam Baldwin hypnotically walk toward her in the middle of a busy street. But Julia and Kim aside, Meg Ryan is Meg Ryan. She had everything Julia and Kim could have brought to the table, combined. Roger Ebert once caller her the modern day Doris Day. That about sums it up.

Remarkably, the two stars in this rom-com only share two-minutes of screentime together. They spend the rest of the movie dancing around each other in an increasingly shrinking spiral until at last they meet. It’s a testament to their ability as actors to make you want to see them end up together without ever seeing them be together…. 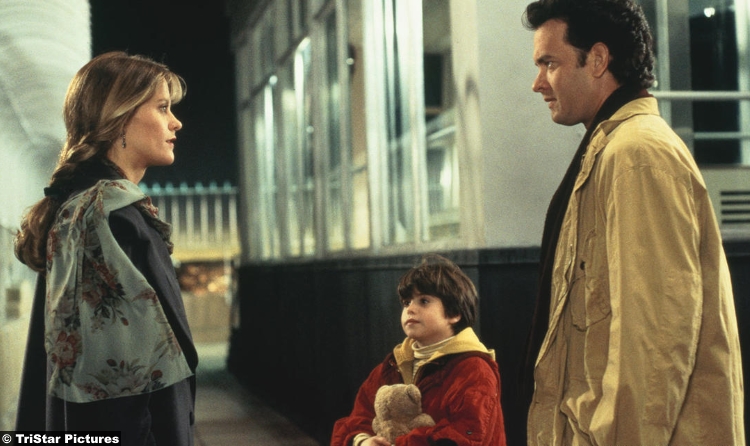 It’s also a testament to the screenplay that it can tell a story that makes you desperate to see two people end up together without ever seeing them be together. The script was penned in part by Jeff Arch (who pitched the original idea), director Nora Ephron, and David S. Ward (writer/director of Major League). Each play an equal role in the screenplay’s pitch-perfect execution. Arch’s story is simple and clever. Ephron added the right twists and turns to keep the premise from collapsing in the middle act, and Ward supplied a big chunk of the film’s great banter.

Sleepless in Seattle does away with almost every cliche the modern rom-com suffers from. The women are smart, not shallow, living normal lives not contrived, plot-device-laden ones. The men are ordinary, not plastic, fake, stupid, vapid or pretentious. The dialogue is sharp, chock-full of clever bits of word play and realistic responses to every situation, no matter how remarkable. The twists and turns are logical, not contrived. When it needs to get sappy, it gives Hanks some beautiful lines to utter. When it needs to drive the plot forward, it gives Meg Ryan just enough to keep the story going without slowing down.

Special credit goes to Nora Ephron, who—in her first major film as director—nailed the right tone all the way. Great screenplays have been ruined by a director who didn’t know how to angle the material, but Ephron worked the premise, actors and words of this movie like a maestro.

A movie’s accompanying music is its personality. More than the words, the actors or the director guiding them, the soundtrack or score is the intangible feeling the movie gives you. Sleepless in Seattle has a great score; Mark Shaiman was nominated for an Oscar for it, after all. But it’s the soundtrack that elevates the picture. From the timelessness of Nat King Cole’s “Stardust” (as Sam wanders lonely around his house), to Gene Autry’s wry “Back in the Saddle Again” (as Sam decides to start dating again), the movie uses its soundtrack as punctuation marks to already great scenes, elevating them from simply “great” to “unforgettable.” I don’t think there’s ever been a better usage of “Stand By Your Man” than in the scene where pathetic Walter opens the door to temporarily-determined Annie.

Hanks and Ryan would team up again for the hat trick in You’ve Got Mail. And while the spiritual sequel has its moments too, that one feels too dated to stand the test of time. Sleepless in Seattle has endured, however, as a flawless little movie about two people in love who never so much as share a kiss. The end of the movie features the only physical contact between them, as they hold hands and walk off to their new life together, happily ever after (we choose to believe). It’s a beautiful moment at the end of a perfect movie.