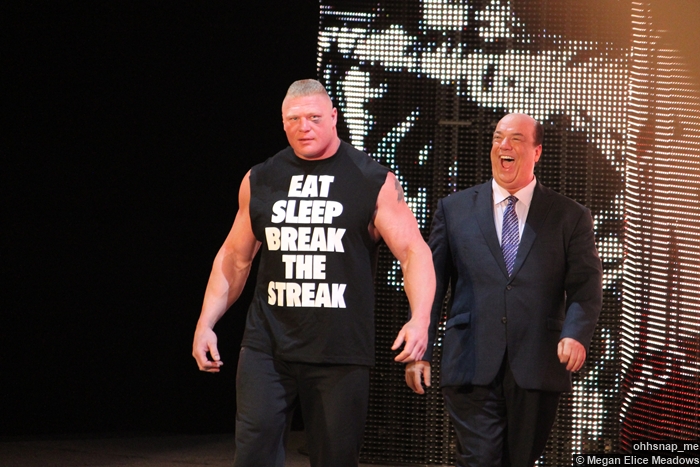 The Beast is Back.

The 1314th edition of WWE Monday Night RAW came to you, live, from the American Airlines Arena in Miami, FL. One week after Roman Reigns bested Bobby Lashley to earn another match with Brock Lesnar for the Universal Championship at SummerSlam, “The Beast” would make his return on RAW as, for the first time since The Greatest Royal Rumble in April, Universal Champion Brock Lesnar, along with his advocate Paul Heyman, would appear in a WWE ring. What will Brock’s advocate Paul Heyman have to say about Brock’s SummerSlam opponent, Roman Reigns? Will Roman Reigns be looking to confront “The Beast” ahead of SummerSlam? Another former UFC champion would be returning on RAW as, fresh off of her suspension, “Rowdy” Ronda Rousey would be on RAW as Rousey would no doubt be looking for a piece of her SummerSlam opponent, RAW Women’s Champion Alexa Bliss.