Tonight, Camille takes Richard on a tour of Wind Gap’s most infamous locales. It is, in one word, depressing. This is a bad town.

The first place Camille takes him is a clearing in the woods where two women died. There was no murder weapon there, so the nature of their deaths still isn’t clear. I mean, they were killed with a knife, but the knife was never found. Yet the general town consensus is suicide. 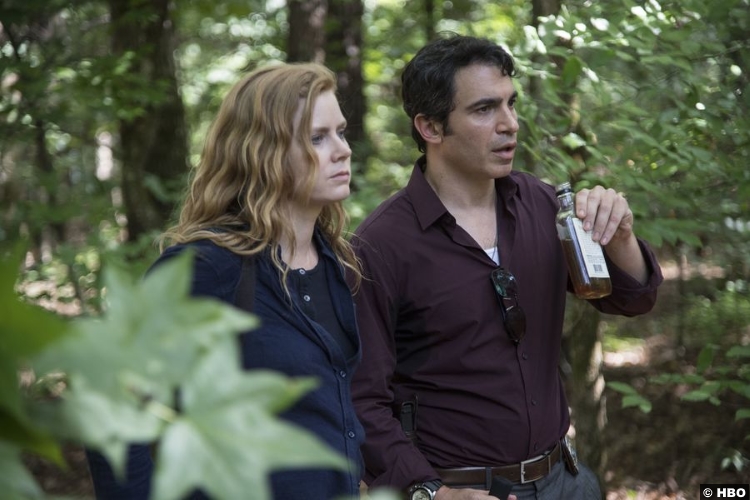 The next place she shows him is the “End Zone,” wherein the football team would “have their way” with upcoming cheerleaders. Richard tells her that sounds a lot like rape, which makes Camille bristle. I understand that she wants to assert her agency, but this is also supposed to be a tour of crime scenes. It counts.

But this is the way of Wind Gap. Information is currency, so you’d better hoard as much as you can, and that’s what Camille is doing. In place of her mother, who’s mooning about with a superficial hand injury, Camille meets with the ladies who lunch. They share their theories about who killed the girls, but it’s the same ol’ gossip Camille has already heard. Like, maybe John Keene killed Ann, then killed his own sister to cover it up. Or vice versa. 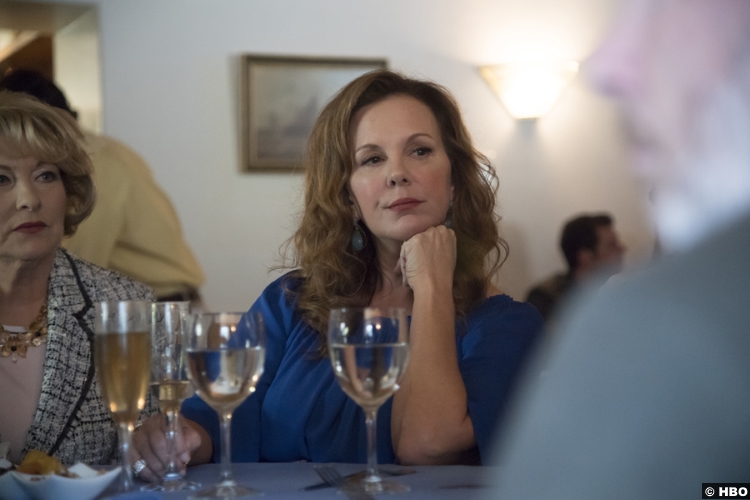 Camille, however, isn’t the only one gathering information. Returning home after her tour with Richard, she kisses him in the front yard. This prompts the scene from which we get this week’s episode title–Adora, having seen the kiss, tells her daughter, “You smell ripe.” It’s a comment layered with meaning. On the surface, when you say that, you mean someone or something stinks. But it’s hard not to read into it, to see Adora weaponizing Camille’s sexuality against her. That’s the way of Wind Gap, after all.

And Adora would know because she’s weaponized her own. She also has a strange time with a man this week, specifically Vickery. They have a woozy chat that seems close to flirty, while Alan is left to serve the two of them drinks. Vickery is concerned about the upcoming town history celebration–he wants to cancel it in light of the murdered children. Since the girls weren’t taken from large gatherings, it’s not hard to speculate that maybe he just doesn’t want to be confronted by so many people when he hasn’t solved the crimes yet.

Either way, Adora lets him know his place. And that place is easily discarded. Speaking of, it’s funny that we talked about what was going on in Alan’s head last week because he gives us a clue this week. Specifically, he rails at Adora and the way she makes everything about her, including Marian’s death, as if he hadn’t lost a child, too. He may still be kind of a blurry outline to us, but he could be dangerous.

That’s the word, of course, that Vickery uses in his conversation with Adora about her children. One of them is dangerous and one of them is in danger. He’s so desperate to find something on Camille or as he calls her to Jackie, “the Preaker girl,” that he’s taking his eyes off the road. That’s where the real danger is. 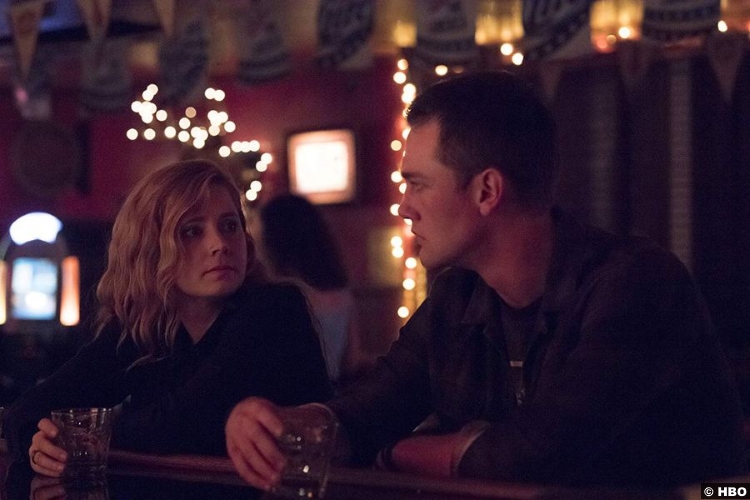 Information is power, but Vickery isn’t looking in the right places. He’s formed opinions and is looking for facts to fit them. Camille, who may be the worst reporter on television–as not a journalist, I have no opinion either way–is skilled in just listening and letting people tell her their secrets. So when John tells her that Ann and Natalie would sometimes go at each other like wildcats, with only Amma to separate them, it’s a revelation. After all, this is a bad town and young girls have often been in the crosshairs here. So Camille races home, where Amma’s room is empty. We know what she does not–Amma is out there on the road. And that’s the last shot we’re left with: Amma, alone, where the danger is.

9/10 – While the languid pace and dreamy storytelling style may not be for everyone, I have enjoyed the way the show is unfolding its mysteries. This isn’t Twin Peaks, but there’s something not right about Wind Gap and a creeping unease spreads throughout this episode. Of course, this is all standard Southern Gothic stuff, but that doesn’t mean it isn’t great. Even if it ain’t the South.