REVIEW: TeenTitans GO! to the Movies is best DC film since the last animated one…

It’s no secret that Warner Bros has struggled trying to duplicate the success their frenemies across the street have had with the Marvel Cinematic Universe. Their attempt to start their own interconnected series of films resulted in a messy kick-off (Man of Steel), a misfire follow-up (Batman v Superman), a disaster of a spin-off (Suicide Squad) and a bomb for the big team-up movie (Justice League). The only movie that managed to receive anything close to universal praise was Wonder Woman, one out of five. Things are so chaotic at Warners they’ve reportedly dropped the idea of a pure interconnected universe and instead are just throwing anything against the wall, whether it fits in with continuity or not (hence multiple movies about The Joker, starring different actors with different origin stories, etc). If you’re a DC fan—like me—it’s been a frustrating experience.

But only on the live-action side. 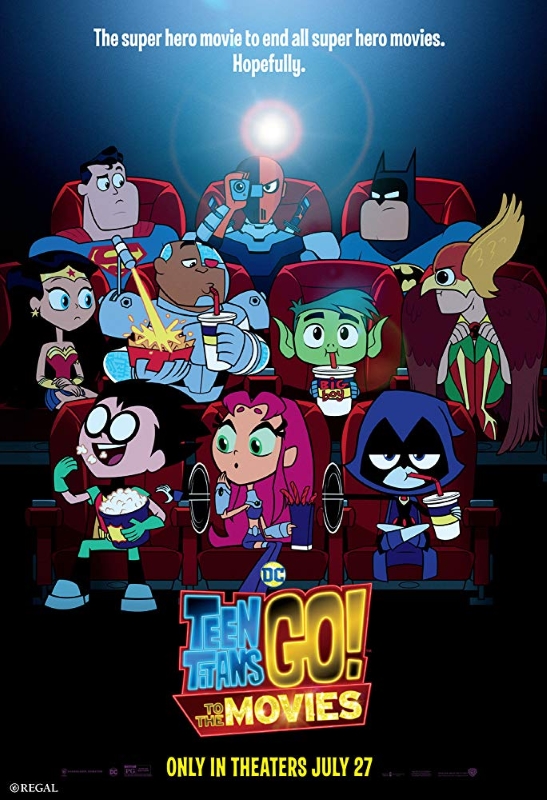 If you’re cool with animated movies (and why wouldn’t you be?), DC has been doing pretty pretty pretty pretty good. Bruce Timm and co. have been cranking out direct-to-video movies for a decade or so now and most all of them have been of better quality than their big-budget theatrical kin. The LEGO Movie featured a version of Batman so show-stealing, WB rushed a spinoff movie out starring the character, which ended up being the best DC movie since The Dark Knight (Rises? That’s debatable).

Whatever they’re doing over at WB animation, it’s working; let’s hope no one in charge of the live-action universe(s) is allowed anywhere near them.

The only complaint you’ll hear from DC fans about Warner’s animation department is with Teen Titans GO!, a wacky, irreverent, screwball spoof of a superhero show on Cartoon Network. The series debuted a few years ago bearing little to no relation to the more traditional Teen Titans show that aired from 2003-2006. Other than the five-person lineup (and their respective voice actors) of Robin, Starfire, Cyborg, Raven and BeastBoy, the show was basically a brand new concept. But because GO! was so radically different in tone and style to the beloved (and gone too soon) show from the mid-2000’s, fans balked at it. It has gained a following but remains a bit of a black sheep in the DC lineup and a controversial show.

And now it’s getting its own movie and the timing is fascinating to me.

Earlier this month, at Comic-Con, Warners showed off a trailer for a new live-action show based on the Teen Titans (titled just Titans). And since this is a live action DC project, it looks every bit as horrible as you can imagine. Here’s the trailer, WARNING: There’s R-Rated language and violence…

What even is this?

It looks cheap, low budget and shoddy. Its tone is clear enough but its market eludes me. Who is this for? Kids can’t watch it, most adults will think it’s stupid. There’s only a very small sliver of potential viewers who are (A) old enough to see it and (B) immature enough to think gratuitous violence and pointless f-bombs mean something is “mature.” Why is a show about teenage superheroes being made for not teenagers? Again, what even is this?

I can think of no better explanation for why DC’s animation is working where their live action stuff is failing.

Titans will be a flop because it insists on being uber serious, brooding, dark and violent and stupid for all the wrong reasons. It’s like what a preteen thinks is a “grown-up” movie. Teen Titans GO! on the other hand, knows it’s stupid and it leans into that with delight and charm. 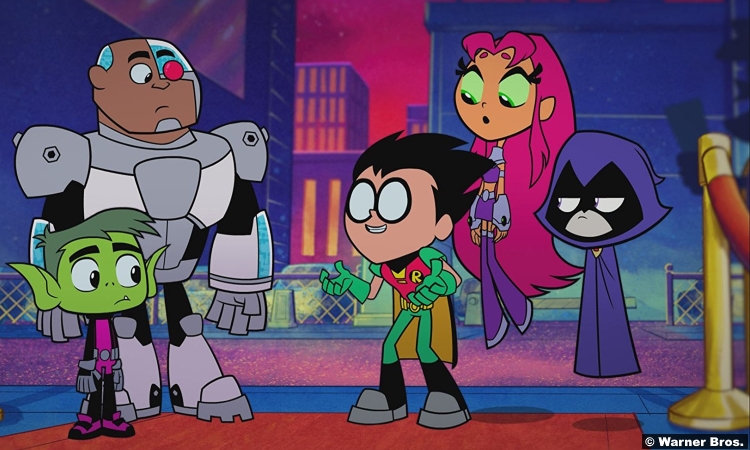 GO! to the Movies, the show’s spin-off film, doubles down on that premise, basing the entire story around the fact that everyone thinks the team is a joke. It’s a meta-commentary on the state of the show and offers plenty of evidence to support the idea if you want to laugh at it. It also gives plenty of ammo to its supporters who love it because it’s so stupid and irreverent and mocking. If you want to laugh with the show it gives you a million and one little reasons to do so and more than a few moments had me laughing until I cried. 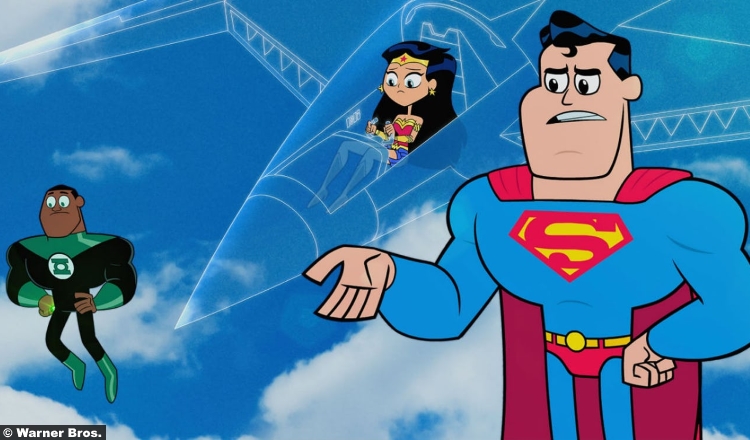 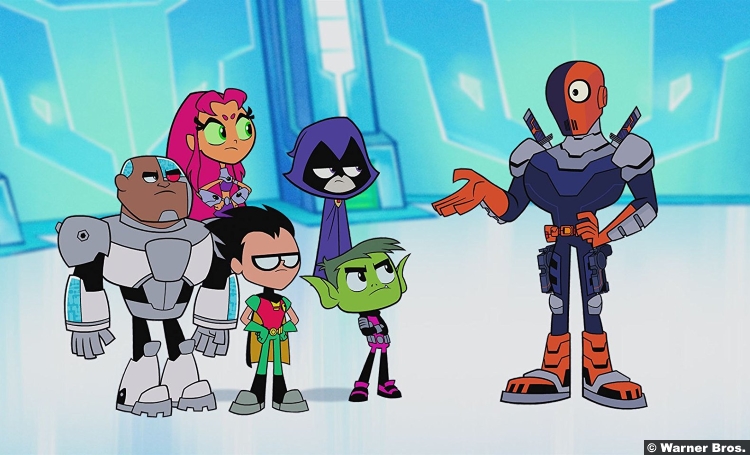 Kids won’t even know half of why half the jokes work so well (the other half are surface level fart and poop jokes), but parents who pay attention might just be surprised at how sharp the writing is, not just in the cleverness of the gags but in how tight each line is, how off-kilter the word choice is by everyone in the movie, not just the team. It’s almost insulting to say but this movie had no business being as smart and well-written as it was. 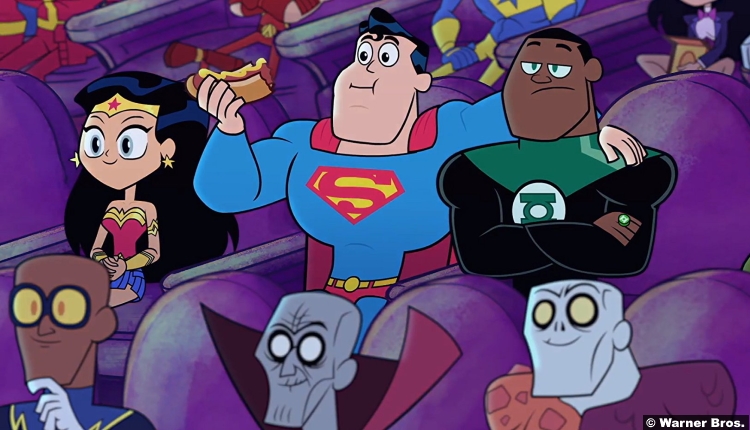 The rest of the film is exactly what you’d expect it to be. So if you are one of those who still can’t over how the original Teen Titans show was cancelled and how this new one (a decade later) has failed to replicate its more traditional experience, sorry: You’re not going to like this movie, because it’s exactly like the GO! show: It’s crass, loud, obnoxious, witty, charming, and so so dumb in all the best ways.