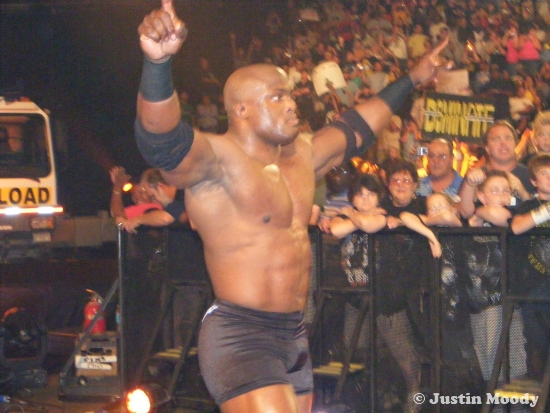 One nights after a wild Extreme Rules, the 1312th edition of WWE Monday Night RAW came to you, live, from the KeyBank Center in Buffalo, NY. At Extreme Rules, RAW General Manager Kurt Angle would comment on the contract negotiations with Universal Champion Brock Lesnar. Clearly displeased with Brock Lesnar appearing at a recent UFC pay-per-view while remaining absent from WWE since The Greatest Royal Rumble three months ago, the GM would give “The Beast” an ultimatum; either show up at RAW to discuss plans to defend the Universal Title at SummerSlam or not show up and be stripped of the Universal Championship! Will Brock Lesnar show up on RAW or will Kurt unceremoniously end Brock’s record-breaking Universal Title reign? Also, after their 30-Minute Iron Man Match for the Intercontinental Championship at Extreme Rules went into sudden death overtime with Dolph Ziggler ultimately coming out on top with a big assist from Drew McIntyre, what’s next for Intercontinental Champion Dolph Ziggler and former champion Seth Rollins?