If you haven’t noticed already, besides the tapestry of words on Camille’s body, the show is hiding other words in plain sight. So, at one point, the word “scared” appears on Camille’s car door, drawn in the dirt, a word itself that appeared on her trunk last week. Later, “scared” is gone, changed into “sacred.”

I’m not going to break down exactly what these mean, because it would only apply to me. They’re a Rorschach and you can read whatever you see in them. It’s the same in the relationships. Adora may see herself as the victim in her relationship with Camille, but it’s made repeatedly clear that the role of mother is as substantial to her as a dress she wears and takes off. We see through flashbacks that she’s always shut out Camille. (We also see that Adora did some self-harming of her own.) 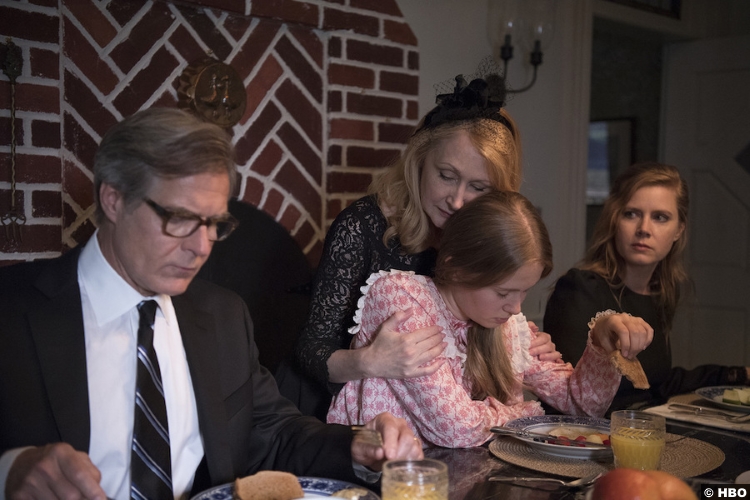 Camille has been referred to as having been the “Princess of Wind Gap,” but it’s unclear now if the resentment that fuels her interactions with her local peers is from that or something else that happened–the whatever that happened that’s turned her into a self-harming alcoholic. But the resentment is there. You can see it in those interactions. The women her age, who are maybe her former friends, are nice-ish to her face, but barely wait for her to turn her back before they’re casting judgment. The men aren’t much better. Kirk Lacey (Jackson Hurst), whom the show’s promo materials describe as “a man with big dreams who got stuck in his small town, a place which reminds him of his futility, and a shameful incident from his past,” eyeballs her everywhere they meet. But he never speaks to her. Is she the source of the shameful incident?

Lord knows this town seems full of them. While Camille is attending the funeral and wake of Natalie Keene, the girl whose body was discovered last week, Richard is well, detecting. As the girls were missing their teeth, that seems like a lead. The medical examiner tells him that it would take some force to pry them out, so the implication is that the murders were committed by a man. Richard goes to the local hog head emporium (I guess) and buys one to test out how hard it is to pull teeth. It does, indeed, seem difficult. So Richard’s going with “it’s a man!” theory. 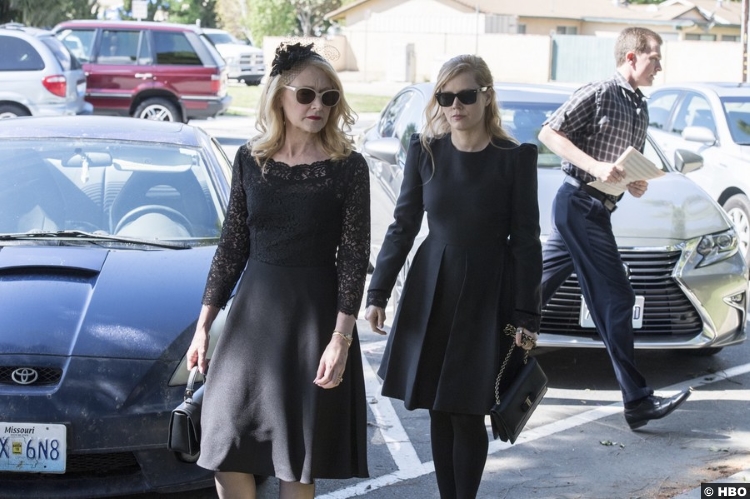 Camille is not as convinced. And it’s not just because she’s in a Gillian Flynn story. She’s spoken to a local kid, James Carisi, who claims to have witnessed Natalie’s abduction. She was taken by the woman in white, he says. Camille would like to know more, but James’s mother, a visibly ill woman, demands to be paid. When Camille asks Chief Vickery why he didn’t take James seriously, he points out Mama Carisi’s white hospital gown and the story James tells of a threatening woman in white–it’s a cry for help, he says. Okay, so answer it?!

Despite the fact that Vickery seems pretty salt-of-the-earth, there’s clearly some classism working its anti-magic here. And it’s not just that–this is a town that wants to hide the broken parts. Witness Adora’s insistence on treating the purpose of Camille’s visit as a vacation or the townspeople destroying the rocks that were found around Ann’s body. Sometimes there’s heart in it, like the woman who takes down the “MISSING” posters of the girls so their families won’t have to see them everywhere, but most of the time, it’s denial. 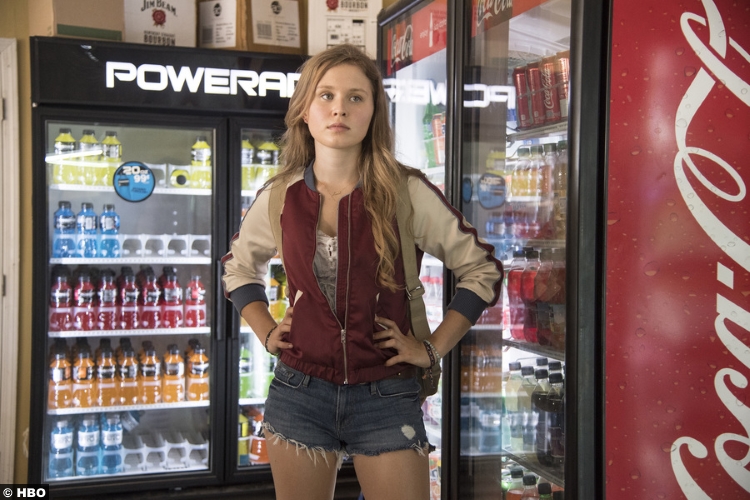 And that can quickly turn to judgment. Like, so far the biggest suspects are Ann’s father (because he was a sometimes irritable single father) and Natalie’s brother (because he cried about his sister’s death). Both families were already considered outsiders, even before their girls were taken. Richard is out here, actually trying to work the case, but when he brings up interesting anomalies–like, why Ann was left in the woods, but Natalie was left right in town–all he gets from Vickery is snide dismissal. About the only person you can take seriously in this town is Crellin family friend Jackie (Elizabeth Perkins) and even she will tell you, “I lie like a rug.” But at least she admits it.

8/10 – Hey, speaking of classism, I loved the shot of the Crellins’ housekeeper, Gayla (Emily Yancy) cleaning the home’s pearly white floor that cuts to Amma doing the same to the matching floor in her dollhouse. And in an earlier scene, Adora, taking the apple from Camille, telling her, “Let me do that for you,” and then handing it immediately to Gayla to cut. Something is still not right in the Crellin home and these little snapshots, including Amma’s strange fit, are putting the puzzle together.

Oh and this week, the world’s loudest expert on the South would like you to know that Missouri is still not the South and “bless your heart” is usually not meant to be insulting. Most real Southerners use it sincerely.

[And as another reminder, if you need help, please don’t hesitate to reach out. Here is the show’s official list of resources; this includes help in the United States and beyond.]