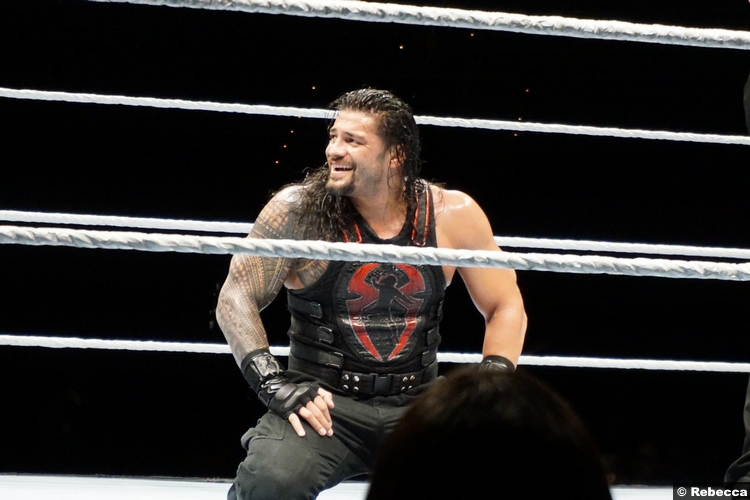 The fourteenth edition of WWE Backlash came to you, live on the WWE Network, from the Prudential Center in Newark, NJ. Ever since his shocking low blow to AJ Styles following their WWE Championship match at WrestleMania, Shinsuke Nakamura has taken every opportunity to ambush the WWE Champion and the personal rivalry between the two would boil over at The Greatest Royal Rumble when AJ Styles’ relentless pummeling of “The Artist” led to the match ending in a double count-out. However, SmackDown LIVE General Manager Paige has remedied this issue for the rematch at Backlash as AJ Styles would defend the WWE Title against Shinsuke Nakamura one more time but, this time, the match would have no disqualifications! With no rules and nothing stopping them from tearing each other apart, who will leave Newark as the WWE Champion?

For months, the intense rivalry between Roman Reigns and Samoa Joe has raged on with Samoa Joe getting the better of “The Big Dog” on more than one occasion. After twice failing to take the Universal Title from Brock Lesnar, Samoa Joe has labeled Roman a “failure” as Joe has vowed to put Reigns to sleep at Backlash. Can Roman Reigns rebound from his losses to Brock Lesnar with a win over Samoa Joe or will “The Destroyer” make good on his promise to put “The Big Dog” down?

Ever since returning from injury and coming to SmackDown LIVE in the Superstar Shake-Up, Big Cass has targeted Daniel Bryan, citing his disdain for “little guys” while repeatedly mocking and berating the former WWE Champion. However, what will happen when Daniel Bryan and Big Cass go one-on-one at Backlash? Will Daniel Bryan reign supreme over the seven-footer or will Big Cass use his size to his advantage to squash Daniel Bryan?

Having earned the opportunity in a #1 Contender’s Match a few weeks ago, Randy Orton would get his rematch for the United States Championship at Backlash as “The Viper” would rekindle his old rivalry with Jeff Hardy with the United States Title on the line. The Intercontinental Championship would also be on the line at Backlash as Seth Rollins would defend the prestigious title against former champion The Miz, who will be looking to tie Chris Jericho for the most reigns as Intercontinental Champion.

After Nia Jax defeated former best friend Alexa Bliss at WrestleMania to claim her first RAW Women’s Championship, “The Irresistible Force” would defend the title against the self-proclaimed “Goddess” Alexa Bliss in a rematch at Backlash. After an attack from the debuting IIconics lent a major assist to Carmella, who cashed in her Money-in-the-Bank contract to ultimately defeat Charlotte Flair for the SmackDown Women’s Title, the new champion would be put to the test at Backlash when “The Princess of Staten Island” defends the SmackDown Women’s Title against Charlotte Flair. Also at Backlash, the powerhouse team of Braun Strowman & Bobby Lashley would face Kevin Owens & Sami Zayn in a rematch from a couple of weeks ago on RAW.