“You’ll eat your shoes again. You’ll eat worse.” I was thinking about Sir John Ross’s words as I watched this week’s episode. Up until now, the men have had a choice between their rotten, lead-contaminated food and nothing. If you’re away from the big group, like the mutineers, your choices are now nothing and worse. 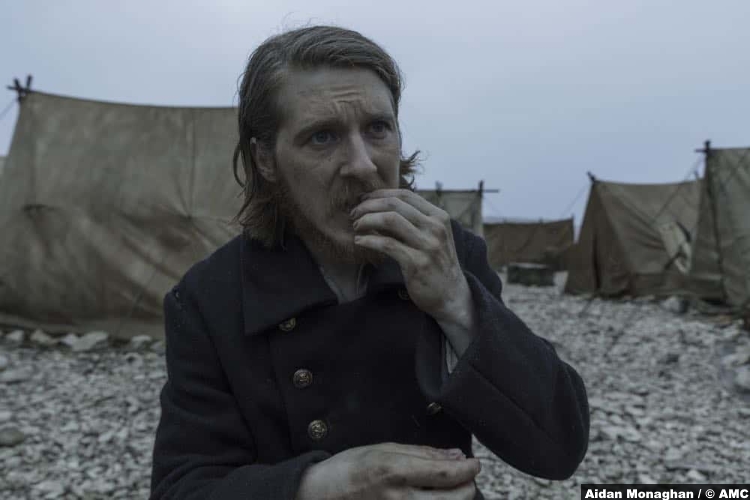 Before we have to make any unsavory culinary decisions, though, it’s time for a trip back to England. Lady Jane has used her influence and friendship with Charles Dickens to get him to pitch her rescue plan. They need a ship, you see, so they need donors. Of course, they don’t know what we know–it’s too little, too late.

Back amongst the lost, Crozier orders that they all prepare to start south again. They will leave some of their supplies behind, as he doesn’t believe that all the men who went with Hickey did so because they believed in his cause. He wants them to know that there is still room for them among the good–there is still a place for them.

One thing he will not leave behind, though, is men. At this point, the man in the most dire condition is Fitzjames. The Tuunbaq incident must have used up all his strength; he’s now in excruciating pain and wants to end it. But he can’t do it on his own. Crozier has to help him, which he reluctantly agrees to do, after getting some medical advice from Bridgens. Then Bridgens leaves them alone to complete the task. Fitzjames dies in the company of his closest friend, maybe the only person who ever truly knew him.

And the hits don’t stop for Crozier. As Tuunbaq has been spotted out and about, Blanky suggests that he’ll go create a diversion. Crozier vetoes this plan, because “I’m not saying goodbye to two friends in one day.” Then Blanky reveals his horrible secret: his amputated leg is nigh on gangrenous. He won’t put Bridgens (and himself!) through the trauma of another battlefield surgery. But he can do this one last thing. All he needs is a rope and a lot of forks.

Over at Hickey’s camp, they’ve stopped Hodgson (Christos Lawton) from eating his shoes, but just so they can eat worse. Hickey kills his former lover Gibson (Edward Ashley), who was already pretty close to death, and orders Goodsir to butcher him. Goodsir, being the good sir he is, refuses, but capitulates when Hickey threatens to kill Hodgson, too. Then everyone but Goodsir eats the human flesh off fancy china plates. And I mean, we can debate morality and ethics and everything re: cannibalism, but even if we, pushed all that aside, why would you eat someone who was poisoned? 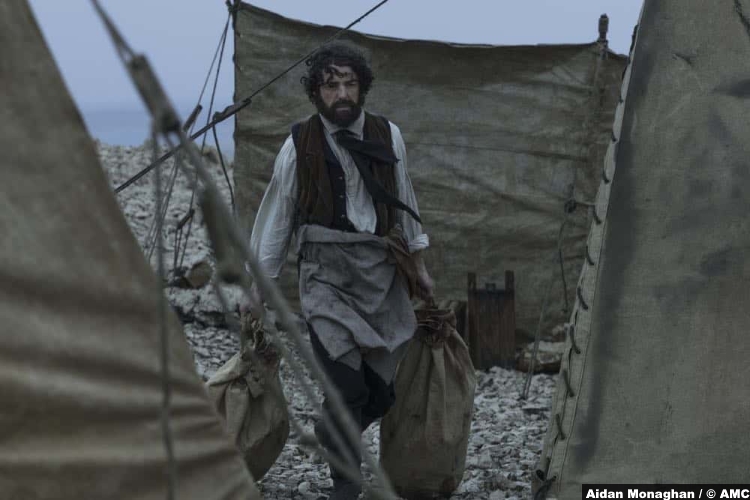 Anyway, while that last thought is taking root, Crozier is taking care of an ailing Jopson back at the main camp. He’s entertaining him with tales of Crozier’s childhood, specifically the time he and the rest of the kids tried to ride a cow. They’re interrupted by urgent news–a break in the ice. If they’ve spotted it right, it would cuts weeks off their travel time.

So of course, it’s a trap. It’s just a way to get Crozier under Hickey’s control. The captain goes with Hickey’s men to prevent other people from getting hurt, although Hartnell is killed in the initial fuss. And honestly? Watching Crozier be marched off to Hickey is probably the most scared I’ve been during the entire series. So of course, we’ll have to wait another week to find out what happens. 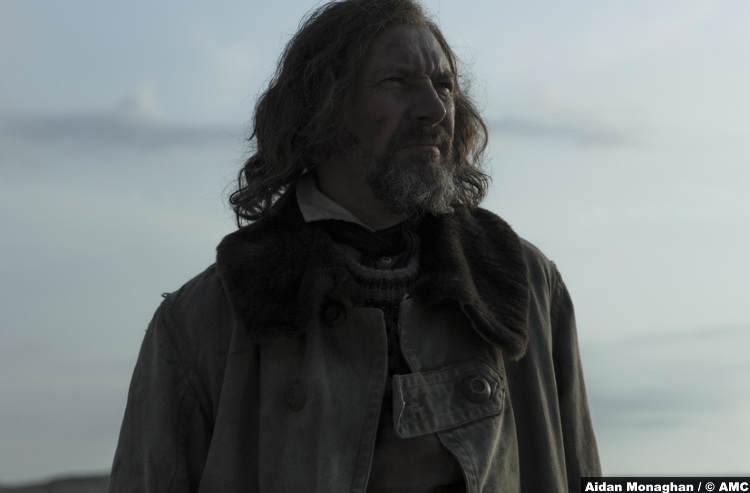 Meanwhile, in a quiet place, Blanky waits for his date. He’s strung the forks on the rope, which he’s wrapped around him, the worse to eat him with. As he’s sitting there, though, he catches a glimpse of something in the distance. He examines it with his telescope and consults his papers to make sure. Then he marks it on the map: he’s found the final part of the Northwest Passage. As he laughs in delight, there’s a noise behind him. And Blanky speaks his last words, asking Tuunbaq what took him so long.

9/10 – This was a sad episode, of course, because of the loss of Fitzjames (redeemed) and Blanky (badass). But as I mentioned, it was also terrifying. The removal of Crozier from his camp is not only worrisome for him but also the stability of the camp he left behind. How will they fare without his influence? Will they be able to hold together and look out for one another? Can’t wait to keep thinking about it, here on this mental ice floe with Tuunbaq, who’s spitting up forks.