The Terror S01E06 Review: A Mercy – The show is now rocketing along toward its inevitably sad conclusion

There are some problems Fitzjames, now in charge of the expedition, can’t solve. He can’t make the weather better, for example. So he has to focus on the things he can do.

One of the most pressing issues is food and the dwindling supply thereof. He decides on a slight reduction in rations–not so dramatic that the men will revolt, but a tapering, instead.

Of course, what he doesn’t know yet is what Goodsir is figuring out, thanks to the sacrifice of our favorite Arctic monkey. Having fed her some of their canned provisions, he watches as she serves as a canary in a coal mine. Except that instead of carbon monoxide, the telltale Burton’s line on her gums proves there’s lead in the food. RIP, Jacko.

Goodsir reports the results of his experiment to Dr. Stanley (Alistair Petrie), who seems oddly unmoved by the urgency. He decides that he’ll think on it before he tells anyone, and to say that’s weird is an understatement. However, that’s not the only thing that’s got him unmoved. A sailor visits him, talking in a semi-vague way about the ennui that’s threatening to pull him under, and the doctor’s advice is basically to stiffen his upper lip and have some fun. 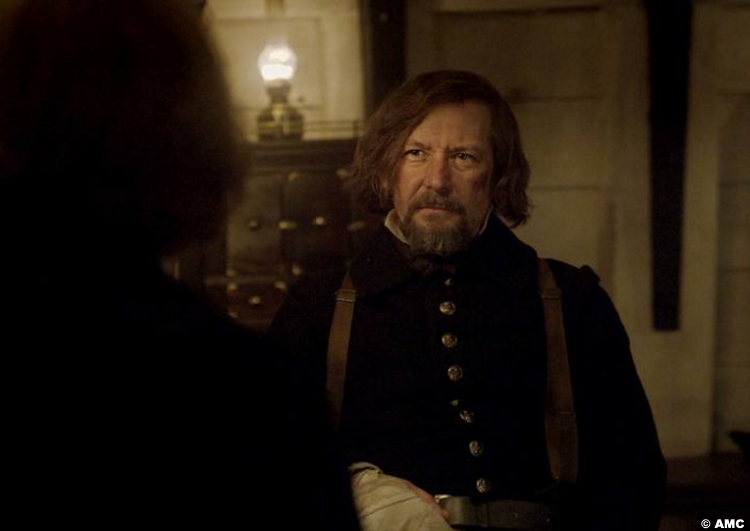 What the sailor is talking about is something we’ve actually heard about earlier in the episode. Fitzjames asks Blanky about a reference he made last week during the dustup with Crozier–a reference to what happened to John Ross on Fury Beach. Blanky explains that during that expedition, Ross acted like a slave driver. He would berate the men for not going fast enough, despite the fact that they were suffering from scurvy and had mere days worth of food left. In addition, he would do his berating from the comfort of the sledge in which he was riding.

Blanky further explains that the conditions of the expeditions were ripe for producing “notions” within the men: “…once it’s past all hope, the mind goes unnatural with thoughts.” The implication is that they were fully ready to murder John Ross and maybe fashion a canoe out of his corpse. Or crawl into him like he were a tauntaun.

Fitzjames asks the obvious question–does Blanky see the possibility of these notions developing here? His answer is unsettling. The notions are already here, he says–the important thing now is to keep them from flowering.

So, Fitzjames decides to distract the men from all kinds of foul notions by putting on a carnival as they wait to see the rising sun for the first time in months. It may seem dumb, but what else is he going to do? He’s also planning to tell them that, in lieu of waiting it out, they’re going to start walking. Might as well have a little fun first.

While all this is going on, Crozier is busy drying out. It’s not a pleasant process, obviously, but luckily he has Thomas Jopson (Liam Garrigan) to nurse him. Jopson is so good at it that Crozier smartly detects that he’s done this kind of thing before. Jopson explains that after an accident at a circus [FORESHADOWING!!!], his mother fell into a laudanum addiction while Jopson was away at sea.

When he returned, he, along with a neighbor who was a nurse, spent a month weaning his mother off the drug. We don’t get a chance to find out how the story ends, but I have a feeling Mrs. Jopson is going to be back on the opiates soon (if she isn’t already). 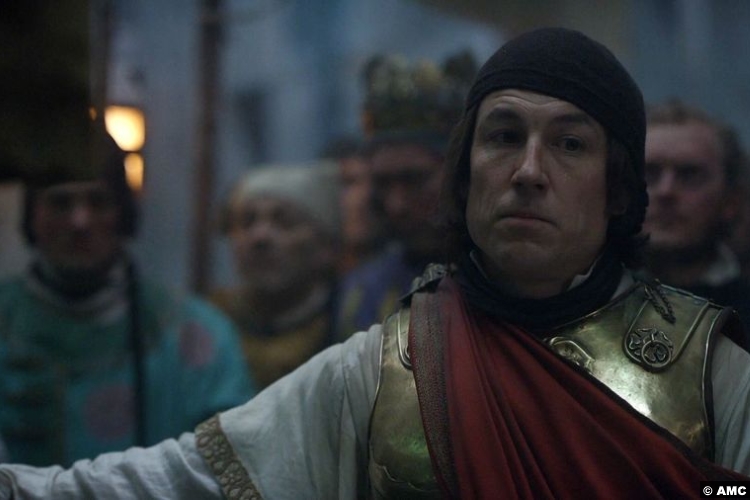 And then it’s time for the carnival. All the men have turned out, most of them in costume–they brought them in trunks–including poor Mr. Heather (Roderick Hill), the living dead man who got his skull cracked open in “Punished, as a Boy.” Crozier, who’s well enough to attend the festivities, gets one glimpse of a costumed Heather set upright and you can see his thoughts on his face: I picked the wrong time to stop drinking.

The men have a good time, though, and take the news of the long walk as well as they can. It’s going to be hard, but they’ve been through tough times and they can get through more. It reminds me of Bob Dylan’s “Silvio”:

Stake my future on a hell of a past
Looks like tomorrow is coming on fast
Ain’t complaining ’bout what I got
Seen better times, but who has not?

Lady Silence is also having her own “Silvio” moment, as she’s about to “find out something only dead men know.” While the men of the expedition are carousing, she’s straight chillin’ with Tuunbaq, who looks like an elderly Pennywise with like, a glandular problem. Honestly, the whole effect is growing on me. While Tuunbaq looks on, the lady cuts out her own tongue. Now, like her father, she really is silent. 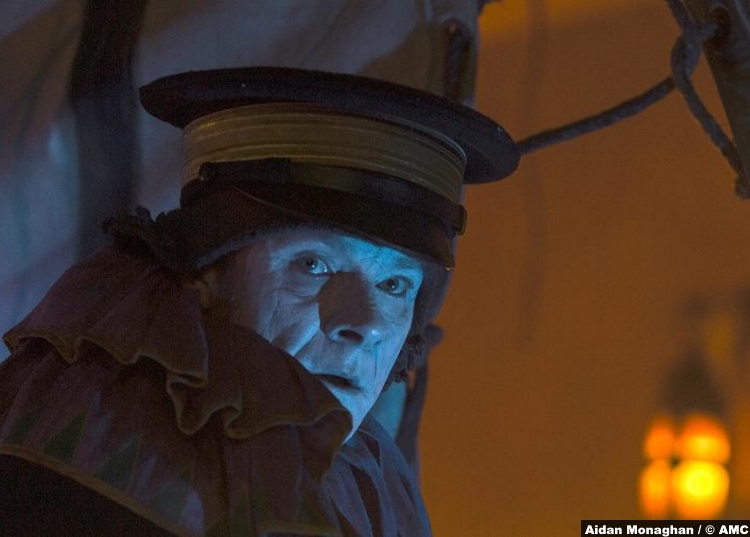 She stumbles into the middle of the carnival, and with her suddenly white hair and mouth pouring blood, it’s just a little bit unnerving for the men. It’s about to get worse. Because for reasons known only to his troubled mind, Dr. Stanley sets the carnival tents on fire, then self-immolates. (He’s in costume, by the way, which only makes it more horrifying.)

In the fracas, not everyone survives, including the only other doctor, making Goodsir the closest thing they have now. The fire is maybe the toughest blow they’ve had yet, especially since they think that Tuunbaq has probably been vanquished. So they pick up and they try to move on. What else are they going to do?

9/10 – While the journey experiences setback after setback, the same can’t be said for the show itself. As I said after the first two episodes, the slow pace at the beginning may discourage some viewers. You can’t say that now, though, as the show is rocketing along toward its inevitably sad conclusion. As with the actual expedition, we can second-guess what they did, but we have the crystal-clear benefit of hindsight. These men, however, can only act and react in the moment and it’s the curse of history that all we can do is watch.