Much like last weeks Autofac, Electric Dreams best episodes take the themes of Philip K ~Dick’s fiction and expand them. Safe and Sound’s has nearly nothing to do with Foster, You’re Dead, the 1955 Dick short story that its very loosely based on. In said short story Dick creates a society that uses fear as a means to boost consumerism. It’s a story that mines the tensions of the Cold War and an entire generation’s fear of nuclear destruction. Safe and Sound updates these cultural anxieties by putting contemporary fears into a futuristic society. Instead of the Cold War it’s terrorism, instead of a young boy being frightened into wishing for a bomb shelter, it’s a teenage girl manipulated by the government through fear to turn against her mother.

Directed by Alan Taylor, whose work has defined the visual style of shows like Mad Men and Game if Thrones, Safe and Sound is in relatively safe hands (mind the pun) when it comes to building its world. While Taylor’s last foray into science fiction was the disastrous Terminator reboot, he and his design team create a clean, lived in world that has all of the hallmarks of a police state. In terms of its look and behaviour, this city is more Brave New World than 1984 or Blade Runner. While the border patrol flinch at the slightest reproach, and the schools feel like nicely designed high tech prisons, everyone seems to be happy with the way things are.

This is where Foster and her politician mother come in. Both have travelled across the America from Bubble towns on the West Coast that popped up after something called the Reformation. Much of what we learn about the conflict between the West and the East comes in the form of Foster’s introduction to her classmates, and her mother’s political rants. Like all kids in a new school, Foster has to tell her relatively disinterested class who she is and where she comes from. As methods of exposition go, this is a quietly effective way of enlightening the audience about said conflict. Pointing to a virtual map of America, in which we see that most of the country is now a barren wasteland, we are shown one of the many differences between where Foster and her mother come from in connection to where they now find themselves. 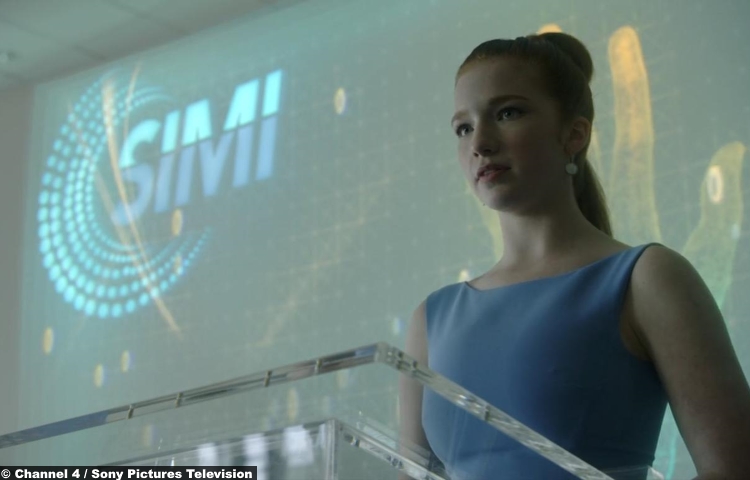 The difference isn’t just geographical. Things like costumes, Foster’s fellow students are dressed like extras from the original Star Trek mixed with H&M, to the way people without Dex wristbands are treated like second class citizens. It’s the importance of these wristbands that sets the plot in motion. Like The Father thing, Safe and Sound is further proof that Electric Dreams excels when using science fiction stories to explore very human fears. The Father Thing’s exploration into themes of abuse and divorce helped slightly distinguish itself from other body-snatching stories. Safe and Sound achieves the same feat when it focuses on Foster’s very human need to fit in.

High school is jungle, especially for the new kid, but the world of Safe and Sound uses consumerism as a way of attaining social status. This isn’t a new idea, every teenager is a little obsessed with what everyone else has compared to themselves, but for Foster not having access to Dex doesn’t just mean she’s a social outcast, it also mean that her education is incomplete. Thanks to the help of a fellow classmate, who immediately expects sex for his efforts (not unsurprising as he embarrassed her in front of her classmates, then told her she was actually ok when no one was listening before this) which is the done thing on the east Coast.

So Foster now has the Dex, and is helpfully taught how to use it by Ethan, a customer service operator. It’s clear that Ethan is the only person that Foster is comfortable talking to, she is embarrassed by her mother’s politics, and still can’t get a foothold in school. Except it isn’t long before Ethan starts to use Foster as a means of spying on potential terrorists at her school. It’s not difficult to see where this is going, and despite Foster’s family history of mental illness, its obvious that Ethan is real, and that he is using Foster to discredit her mother. The plan works, as the government manipulate Foster into taking a bomb into school, so they can fashion a narrative that Foster was mentally abused by her terrorist mother. Mum goes to prison and Foster is now a mascot for the new line of Dex wristbands that come with the earpiece that Ethan used to communicate with her. Yes, it’s a little predictable, but Safe and Sound has a lot of interesting ideas at play, all of which are held together by an excellent performance by Annalise Basso as Foster. Basso perfectly captures Foster’s inner turmoil, her need to belong, and her fear that she is just as ill as her father who committed suicide. That fear is palpable, and it’s through this that Foster is so easily manipulated by Ethan and his superiors. Nothing clouds our minds quicker than fear, and here is a society that turns someone having a letter opener in their bag into a terrorist attack to suit the narrative. 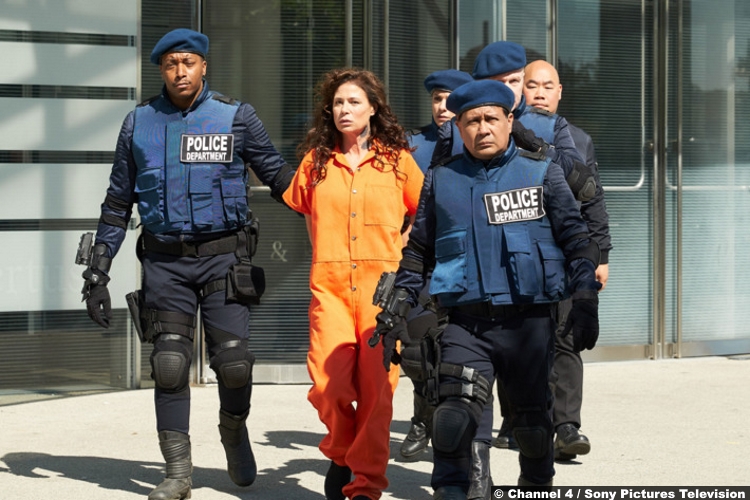 8/10  – If Electric Dreams comes back for a second season the creators should take note that the episodes that use basic human fears, like Foster’s fear of being an outsider, and how they can snowball into the fears of an entire society, are the ones that make the most lasting impression.