Electric Dreams S01E03: The Commuter – In which the ugly truth is chosen over the beautiful lie

The first two episodes of Electric Dreams provided us with two different stories that fitted neatly into the conventions of the science fiction genre. The Hood Maker was a dystopian buddy cop romance, with mind reading, and Impossible Planet was an existential puzzle that relied on mood and character. Both had their strengths: fantastic production design, great performances, necessary tweaks to the original stories, and both had weaknesses: the sub-par endings. The Commuter is something different altogether.

Unlike the first two instalments, The Commuter is set very much in our world, with a location that couldn’t be more mundane, a train station. Here we follow Timothy Spall as Ed, a put-upon employee of the of the station who sells tickets, helps passengers, and cleans the blocked toilets. His life is passing him by until the appearance of Linda (the reliable aloof Tuppence Middleton) who asks Ed for a ticket to a station that doesn’t exist, the mysterious Macron Heights. Before we get to how this meeting will change Ed’s life let’s talk about the tea bags. 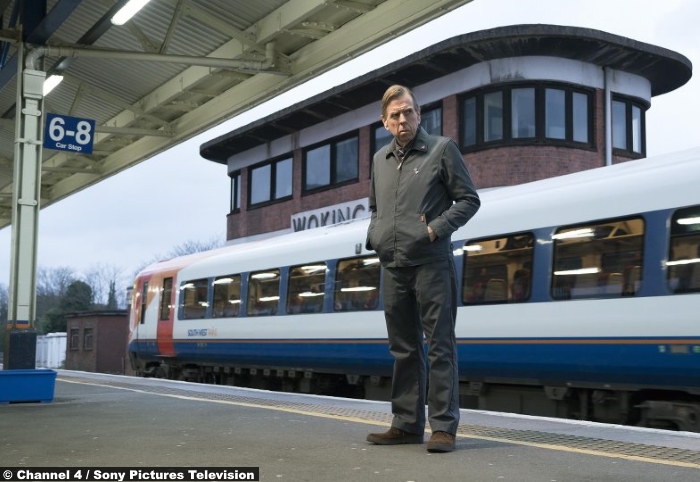 With Electric Dreams being an anthology format there is limited time to set up characters that we as viewers can buy into. Without the ample time to build characterisation into fully fledged character, the creators must, by necessity, rely on narrative shortcuts. These shortcuts are, invariably, a great performance by each actor: no trouble there when you have Timothy Spall at your disposal, and smaller character beats that say a lot with a little. Credit has to go to screenwriter Jack Thorne (who also wrote the script for Harry Potter and the Cursed child, but you probably knew that), who tells us everything we need to know about Ed in the process of making two cups of tea.

The tea bag scene, in which Ed, instead of making one for himself, or giving his co-worker Bob the tea instead, goes into the bin to retrieve an already used teabag. He gives the used tea to Bob, and shows a tiny hint of relish when Bob drinks from it. There is so much conveyed here about Ed, and the rest of the episode steadily unpacks his character, never forgetting this introduction. It shows us that under that fake grin is a man who wants more from his life than he has. Bob’s comments about not having kids underlines Ed’s resentment of Bob’s life, even as he treats him as a friend. That resentment manifests itself through the teabags.

This resentment stems from Ed’s difficult home life. His son is mentally ill, and prone to violent outbursts and paranoia. I’ll admit, when this part of the narrative was revealed I did groan about yet another character who was mentally being defined by violence, but this is something that Thorne’s script approaches in a sensitive manner. Thorne even said in a recent interview that Ed and his son where based on the experiences of his grandfather (who was a train conductor), and his uncle who was schizophrenic, and the effect that it had on their relationship. This is the approach that the episode takes with Ed and his wife. They are clearly miserable, with Ed failing to connect with his son on even basic levels, and admitting to his wife that he is afraid of him at times. 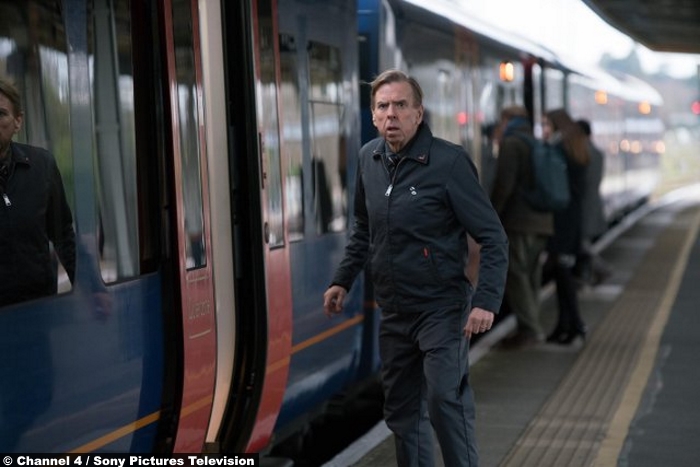 As we see more of Ed’s family life, Ed sees more of Linda. After he and Bob explain to Linda that Macron Heights isn’t on any train journey she disappears, adding to the mystery. Finally, Ed bites the bullet and tries to find Macron Heights. After having to jump off the train while it’s still moving, Ed finds a small charming town in which everyone seems to be happy. He visits a nice café, in which the waitress gives him some divine apple pie, and he meets Linda again. The specifics of the town are left to the imagination, even a journalist who knows about the towns existence can’t really shed much light for Ed or us, but the meat of it is that once Ed returns his son is gone. He has ceased to exist.Ed is then given a taste of what his and his wife’s life would be like without their son. It’s better, with Ed connecting with his wife in a way he hasn’t managed in years, but she regrets that they could never have kids. Slowly, the memory of his son comes back to Ed, leaving him with the guilt of having erased him. 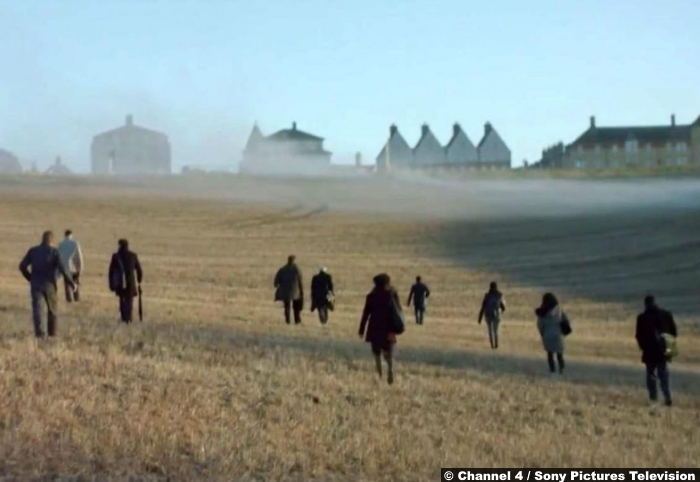 The specifics of how this has happened is left to us to theorise, but it seems that Macron Heights, through Linda, is able to erase the pain from people’s lives. For one person it keeps his paedophilic urges at bay, for another it wipes her memories of being sexually assaulted, and for Ed it erases his son, and the pain he has caused him. It’s not how Linda does this that is important, it’s whether she should. Thorne, and director Tom Harper, have crafted a beautifully rendered morality play. Ed’s situation is one which a number of parents have to deal with. Even if your child isn’t mental ill, there is always a part of you that wonders what life would be like without them. The Commuter plays this scenario out as a question of choice. While Linda and her powers are vague, the reason she feels the need to take away people’s pain stems from her father’s suicide. Ed, whether what drives him is guilt or love, can’t give up his son. Like good science fiction should, The Commuter uses a speculative concept to explore deeper themes of familiarly love, the impact of mental health on a family, and the things we will do for our children. Even as Linda tells Ed that his son will do terrible things, and that he will do terrible things to protect him, Ed chooses his normal life. He washes off the teabag and keeps it for himself.

9/10 – Electric Dreams is really forging its own identity, with The Commuter the strongest episode yet. Even though there are questions of logic, they are overshadowed by excellent performances, and a strong, sensitive look at mental health and its effect on an entire family.