Electric Dreams: S01E08: Autofac – One of the show’s strongest episodes thanks to Janelle Monáe

I’ve been a fan of Philip K Dick’s writing for over a decade, starting with Do Androids Dream of Electric Sheep (as everyone does) before diving deep into his mind-bending bibliography. Autofac was the first short story of Dick’s that I read: a simple but effective tale of a man versus machine conflict with a twist: the machines thought they were helping mankind. Because of this, I was looking forward to this episode more than any others that Electric Dreams has to offer, and with some much-needed updating I was pleasantly surprised with the results, eventually. Autofac has to be taken a s a full piece, perhaps a redundant thing to say about a standalone episode in an anthology show, but the way this episode comes together neatly erased much of my complaints that came before it.

The first half of Autofac suffers from the kind of broad stokes writing that is needed to set up this kind of short-form story. This leads to over-expository dialogue and exaggerated character beats used to define each player as distinctive form each other. As Electric Dreams did last week with The Father Thing, Autofac puts the show’s spin on a very recognisable science fiction story. Juno Temple plays tech genius Emily Zabriskie: one of a group of settlers that has survived the global war that ended in disaster 20 years ago.

Emily is the focal point of a plan to bring down the titular Autofac, an automated factory that continues to make weapons even though the war is over. You see, the machines are stuck in a loop of programming and their manufacturing of useless weapons and munitions has led to mass pollution and a lack of other resources. In order to shut down the Autofac Emily, and the gruff David Lyons as Conrad, have hatched a plan to send a bogus complaint to the factory using a nonsense word to get access to a more advanced drone that will let them infiltrate the factory itself. 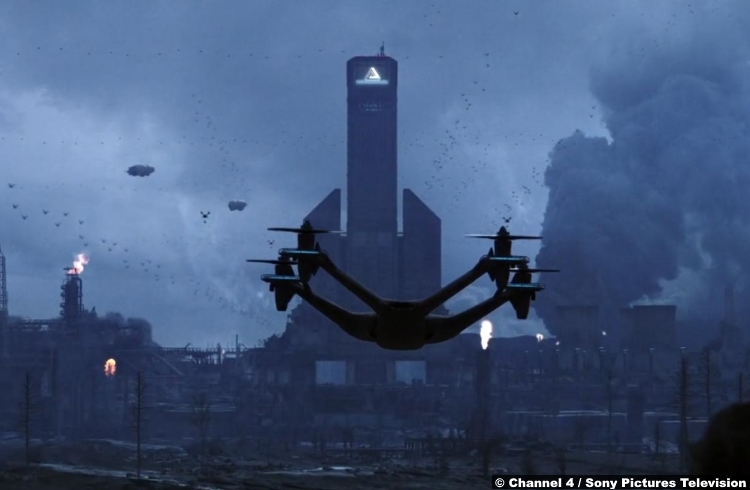 So far so part of Dick’s short story, but with a few key differences. The first of these differences is the presence of Emily in the first place. While Philip K Dick was certainly a writer who was ahead of his time, he didn’t often have women as the lead characters in his stories. Indeed, the only woman in the original Autofac was the wife of the male protagonist. This is one of the ways in which Electric Dreams can elevate its source material, as it has done already with the screen time given to Essie Davis over Bryan Cranston in Human Is, or how Holiday Granger was the main character in The Hood Maker. Genre television is full of great female characters and Electric Dreams deserves credit for gender swapping many of Dick’s stories in order to tell an interesting, less predictable story of its own.

The second change is the inclusion of Alice aka the role Janelle Monáe was born to play. Before Alice enters the story, Autofac isn’t very interesting. Juno Temple seems to struggle to give a calibrated performance until she has Monáeto bounce off of, and the dialogue between Emily and her librarian lover is almost impossible to listen to. Still, Alice’s inclusion elevates the story for the second she steps off her ship. She’s an unexpected presence that seriously unnerves all within the settlement apart from Emily. Thanks to some quick thinking, and reminding Alice that even she can be replaced, Emily and co use Alice to infiltrate the Autofac. 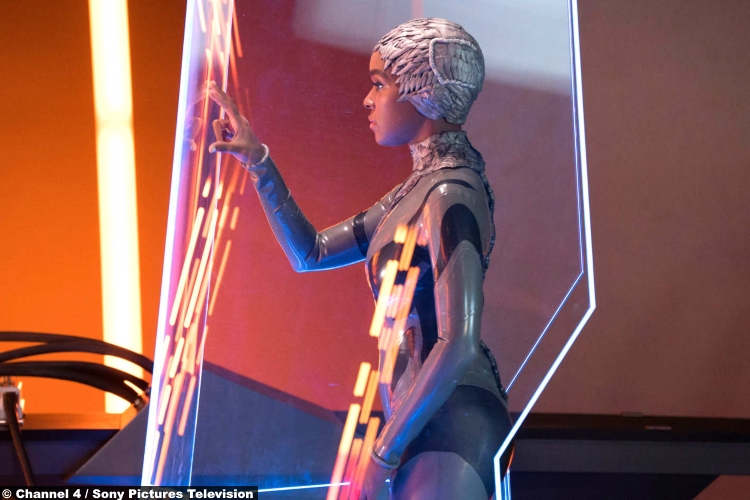 It’s in the second half of the episode where Autofac really gets going. While it’s obvious that Emily hasn’t reprogrammed Alice, the viewer’s knowledge of this adds a layer of tension as we wait for things to go wrong. This happens very quickly, as one character gets decapitated making the original plan, that needs all three of them to work, a lost cause. It’s here that Autofac springs a surprise on us: Emily, and everyone she knows, is an android too, and she is even more sophisticated than Alice. It’s here that the episode really comes together, and Temple’s performance with it. Emily is a technological revenant of the original Autofac creator, who died with the rest of mankind shortly after the war began. Alice informs her that she isn’t the only copy, that the Autofac has created mini societies around the world because it needs customers. That’s the reason, which is a brilliantly sick idea once you really think about it. This is where the episode takes another turn: Emily knows she’s an android, she’s known for years, long enough to hatch a completely different plan to shut down the Autofac.

Autofac, despite it’s skloppy first half, turns into a brilliant science fiction tale with burning themes that are given a new coat of paint. It’s not exactly revolutionary, none of Electric Dreams stories have been that, but it is compelling television nonetheless.

7/10 – Thanks mainly to the inclusion of Janelle Monáe, who is quietly chilling as Alice, Autofac, and Juno Temple are immediately elevated by her presence. It’s a strong instalment for a show that could do with a few more of those, with beautiful designs and sharp direction from Peter Horton. Technology may move too fast, but it can’t stop the human element from messing it all up.