2017 has been a big year for auteur directors. We’re still very much in an era where studio executives and producers control a lot (maybe too much) of the on-screen product, but we’ve also seen a fair number of movies this year that have been made with their director having full creative control over the product.

The top grossing film this year, Beauty and the Beast was originally going to be a grittier, more dramatic film, akin to 2014’s Maleficent, but director Bill Condon insisted on making the movie as a pure musical. Disney gave him his freedom and he turned in the biggest film of 2017 (so far). Disney’s other juggernaut, which is likely to surpass Beauty and the Beast, is Star Wars, and director Rian Johnson is the first man not named Lucas to write and direct a film in the franchise. Disney’s other other juggernaut, the MCU, is known mostly as “the Kevin Feige show,” but Feige turned the reins of their big May release over to James Gunn and Guardians of the Galaxy Vol. 2—which Gunn wrote and directed—is every bit a cinematic expression of the director’s own unique sense of humor and style.

Chris Nolan went his own way with Dunkirk, and Warner Bros. was wise not to step in (the way they seem to be doing with every other movie of theirs) and try to micromanage that film’s unusual structure. In fact the one DCEU movie that WB hasn’t micromanaged to death, Wonder Woman, is also the studio’s biggest hit of the year. Logan is basically the movie James Mangold wanted to make when he did The Wolverine.

The most successful movie in 2017 is another auteur project; Get Out was written and directed by Jordan Peele, on a 4.5 million dollar budget, but it’s brought in over 250 million. Basically, if you hire a director who knows what they’re doing and who has a vision for the movie, back off and let them do their thing.

A Soderbergh movie is always immaculately shot, brimming with sharp dialogue, and always loaded with memorable characters major and minor. While he shouldn’t be pigeon-holed as “the heist movie guy” it’s not a stretch to say his most famous work is the Oceans 11 (and 12 and 13) franchise. He’s also made less stylized and set-piece driven films, like Erin Brockovich and the terribly underrated The Good German, but despite a lengthy resume, it’s the Oceans films that remain his biggest box office successes and it’s the Oceans films that clearly are the inspiration behind his newest film, Logan Lucky. 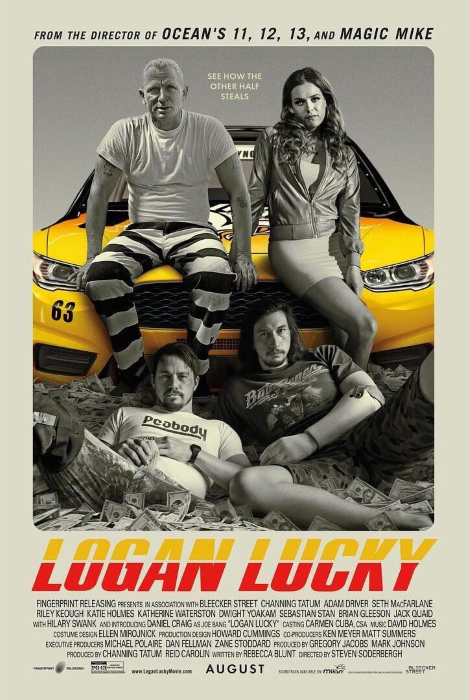 There’s probably no easier description for this movie than what the film itself provides: “Oceans 7-Eleven.”

Forget the setting for a moment; this movie has exactly the skeleton you want for to build a classic heist movie around: It has the diverse cast of characters, featuring the leader, the patsy, the stooges, the babe, and the specialist. It has the big target with high tech security making the job difficult. It has the all-important “something unexpected happens, let’s improvise” moment or two. And it has the Soderbergh special, where everything happens one way, but because of selective editing and specially-chosen camera placement, you realize later that there was more to the story that what you initially thought.

Logan’s Lucky has everything you expect to find in a heist film, except the tuxedos. No one here dresses as sharp as Brad Pitt. No one here talks as smooth as George Clooney. No one here makes crime look as neat and tidy as Matt Damon. But it has all the basic structure of the now-classic Oceans films, only filtered through a much different lens. Instead of rich people robbing a casino or three, it’s trailer-park enthusiasts robbing a NASCAR event. The accents are thick, and the bars are dirty, but under the surface it’s the same movie, and that’s not a bad thing.

Yes, they’re all low-income hillbillies and rednecks, but so what: In Oceans Eleven they were all suave, tux-wearing high class criminals. The diversity is there, you just can’t let the red-state trappings distract you. Speaking of, I saw this movie in central Arkansas, in a nearly-full house theater full of the most “southern pride” crowd I’ve ever watched a movie with. These were not typical movie goers, based on the way they reacted to the same half-dozen trailers I’ve seen in theaters and online a thousand times recently. They were there because they saw a movie advertised as a screwball comedy about robbing a NASCAR and they weren’t going to miss it. Much appreciated was the fact that Soderbergh doesn’t stoop to outright mockery of the southern lifestyle. He plays it straight and lets the humor of the dialogue and situations control the comedy. Southerners are more than happy to laugh at themselves as long as it’s in good fun, and that’s the tone of the humor here.

The film is not perfect, however. When it’s funny, it’s side-splitting hilarious, with most of the laughs coming from Adam Driver. Driver steals the show as a one-armed bartender who didn’t want to get caught up in a big criminal undertaking, but couldn’t say no to the offer.  He’s dry, completely expressionless throughout the whole film, never raises his voice or moves faster than a slow walk, but every word out of his mouth is a riot. Not to be outdone, Daniel Craig also turns in a hilarious performance, playing “Joe Bang,” a man whose name basically summarizes his importance to the scheme. There’s one jump-cut scene that features Craig, a concrete wall and a piece of chalk that brought the house down. 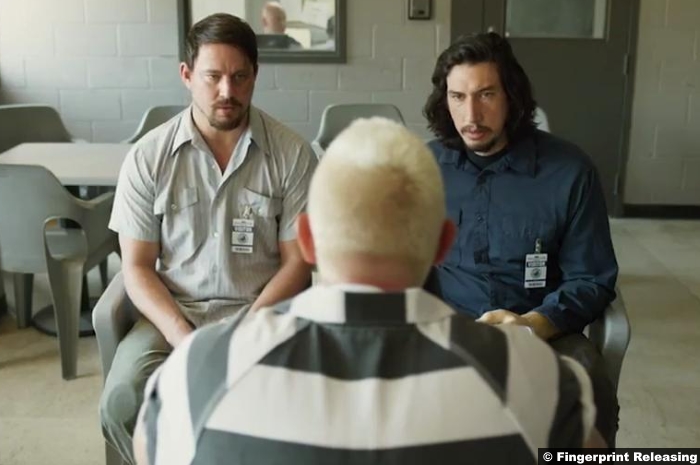 But the film is not always funny. It drags a bit in the middle, some scenes run past their needed length, and the post-climax “fourth” act is way too long. The story is set up fairly early on and the entire heist sequence, which lasts almost forty-five minutes is perfect, but there’s a lot of fat in between and after. There were several scenes that ended without any purpose or advancement in the story: Those scenes should have been cut. Had the film been trimmed down ten or twenty minutes it would have been nearly perfect. But that’s always the negative to having an auteur filmmaker; they’re not always able to let go of a pointless scene or cut an unnecessary line that they’ve fallen in love with.

Despite that, there wasn’t a better director to make this movie. Soderbergh said that he had intended to remain retired from directing (his last film was in 2013) but when he read the Logan Lucky script he loved it so much he had to do it. That’s what he says, but the thing is, no one knows who actually wrote the script. The credits lists someone named “Rebecca Blunt” but she has no prior credits, nor has she given any interviews. No one working on the movie ever saw her either; only a few emails were exchanged between her and the actors. More than a few outlet have speculated that Soderbergh himself wrote the film under a pseudonym, though the director insists Blunt is a real person from England who’s written her first hit and is working on a second. Assuming she’s real, she hit the jackpot; Logan Lucky is one of the best and funniest heist films in years. 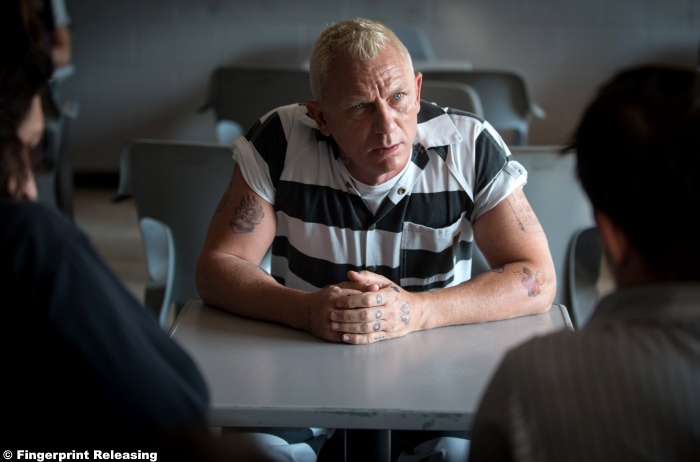 8/10 – Hilarious, gripping and fun all at once. It drags a bit too much in the middle, but when it’s good, it’s great.

See it, if possible, with a crowd of proud southerners.