It’s remarkable to look back on the recent history of Marvel, Inc. After decades of critical acclaim but often sluggish sales, the New York based comic book giant was forced to file for Bankruptcy protection on Christmas, 1996. The company was unable to pay off its many dependencies (ironically they owed the most—almost two billion—to Disney) and was forced to lay off a third of its employees. After restructuring, Marvel embarked on an ambitious agenda to turn itself into a leaner, more profitable media conglomerate. Many of their ideas fizzled out (themed restaurants closed within months of opening, and a trading card division limped along for a short while before finally being canned). The one gamble that paid off the best was, interestingly, the biggest gamble any entertainment group can try: Hollywood.

Marvel sold the rights to every major character they could secure a buyer for, and a couple years later, their labors started bearing fruit: Blade came out in 1998 as a modest hit. X-Men debuted two years later and launched a big movie franchise. Two years after that was Spider-Man, which took cinemas by storm. These movies were all profitable and popular to varying degrees but their success only served to improve the public image of Marvel; none of them actually helped their bottom dollar. The company’s bargaining position was terrible in the mid-90’s and as a result, they made next to nothing from the box office haul of their movies. Blade made 70 million dollars. Marvel pocketed 75 THOUSAND from it. X-Men made almost 300 million worldwide, but because of Marvel’s initial deal with Fox they made exactly ZERO dollars in profit on the movie.

It was a hard climb to get out of rock bottom, but soon after Spider-Man debuted, the company began its most ambitious plan to date: starting its own movie studio, to develop films based on the characters they had remaining under their control. Soon after, the MCU was born and the company found itself on stronger financial ground than it had been on in decades. Contracts with Sony and Fox were also renegotiated and more revenue came to them as Spider-Man and X-Men films continued to be pumped out.

Today, twenty years after hitting rock bottom, the company—now a subsidiary of Disney—can look ahead to 2017 as possibly their strongest year ever. Their brand is going to be all over the big and small screens this year, more than ever before.

Fox currently holds the rights to X-Men and Fantastic Four and while fans hold out hope that the First Family of Comics will eventually make their way home, there’s almost no chance Fox will part with the X-Men brand that has made them so much money. Though last year’s X-Men: Apocalypse disappointed both with critics and ticket buyers, the company scored a big hit with Deadpool. Part two is on the way next year but this year LOGAN will take center-stage. It promises to be Hugh Jackman’s final proper performance in the role that launched his career and judging by the trailers, it promises also to bring all the violence and brutality one would expect from Wolverine’s swan song. Fox is clearly hoping to duplicate the box office success of Deadpool, and if Logan is as good as early buzz says it is, they just might. 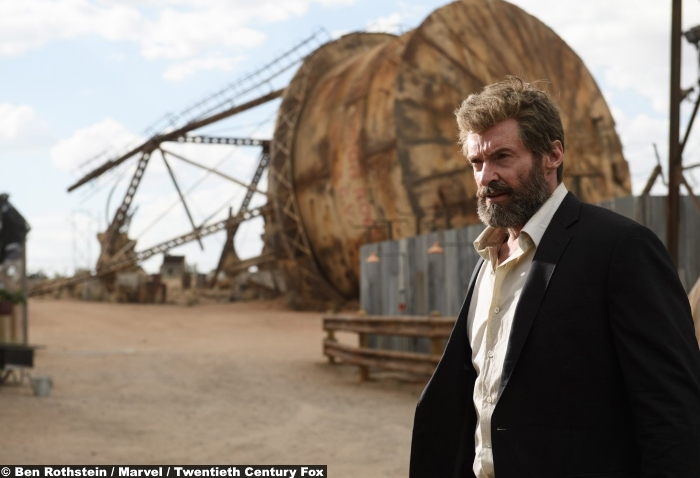 On the TV side, Fox is hoping to translate their X-Men popularity onto the small screen with FX’s new show LEGION. While it’s not the full blown “live-action X-Men TV show” that fans may want (that might be coming in a year or two), it will offer plenty for fans of the universe to sink their teeth into. Staring Dan Stevens as “Legion” (the schizophrenic son of Charles Xavier), the show won’t focus on mutant superheroes fighting evil, but rather the psychological challenges some mutants have to deal with. Reviews of the first episodes (which will air in mid-February) are promising. 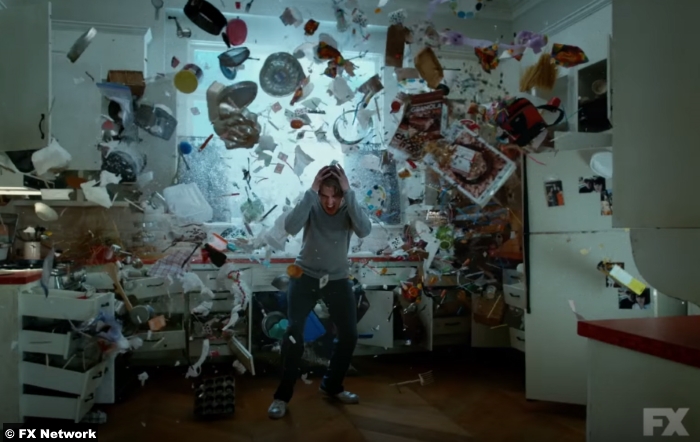 Netflix has its own mini-universe going on, after the big success of Daredevil, Jessica Jones and the award-winning Luke Cage, Netflix’s Marvel slate for 2017 will be their biggest to date. Three series’ will premiere this year, starting with IRON FIST. The premise for the show is similar to that of CW’s Arrow series: The hero returns to his home (New York City) after being missing for fifteen years. He seeks to reclaim his position as the head of his family’s company, but when evil rises in the city he’s forced to juggle his family affairs and his duties as the masked hero Iron Fist. So yeah, it’s exactly how Arrow‘s first season went. But considering the track record Marvel and Netflix have, fans can be sure the writing will be sharp, the cinematography will be stellar and the fight scenes will be breathtaking. Iron Fist drops all of its episodes, ready to be binge-watched, on March 17th. 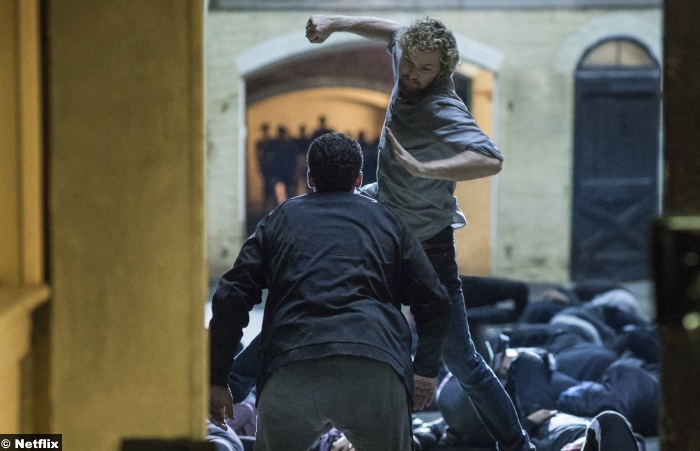 After blowing away critics, fans and especially doubters, GUARDIANS OF THE GALAXY returns to cinemas for its second film. The first one released in August, likely so that the unknown property would have a chance to breathe and not be surrounded by so many summer blockbusters. It’s popularity earned it the coveted opening weekend of May spot previously reserved for The Avengers, Iron Man, and Captain America.  Director James Gunn has said all the right things in the lead-up to Volume 2‘s release; how you can’t do too much of the same things or it’ll be stale, and how you can’t stray too far from what worked or fans will rebel. GOTG, Vol. 2 looks to have struck the right balance. Newcomer to the series Kurt Russell looks to make a big splash and even Sly Stallone will get in on the action. 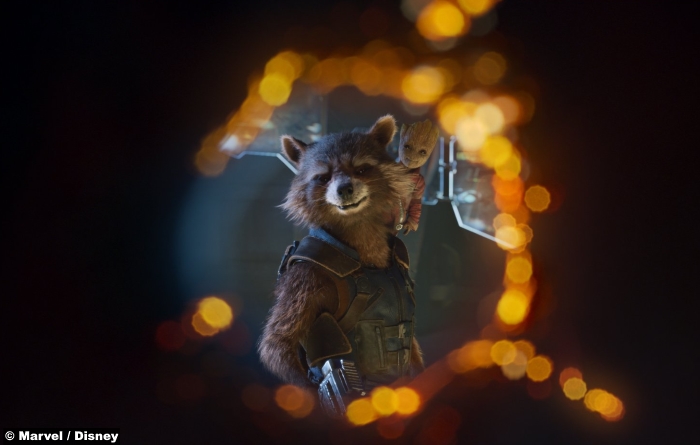 Marvel’s INHUMANS property has had a bit of a roller coaster ride over the past few years. When the MCU proved to be a winning formula and the company looked ahead to the future, they teased an Inhumans movie as part of their expanding library of films. The group of superheros led by Black Bolt are the closest thing to the X-Men Marvel has the rights to and the company even began emphasizing them in comics (while also de-emphasizing the X-Men), seemingly as a way to prepare fans for their big screen arrival. After promising a 2018 movie debut, that date was changed to “TBA” and eventually disappeared all together. Then suddenly, late last year, Marvel announced the Ihumans were finally coming…to both the big screen and television. This labor day weekend (the first weekend of September) the first two episodes of ABC’s new Inhumans TV show will premiere as a special limited release IMAX film. Following that, eight more episodes will air weekly on ABC. Assuming the show is a hit (and Marvel seems quite confident it will be), more seasons will follow and possibly more IMAX/TV hybrid releases as well. 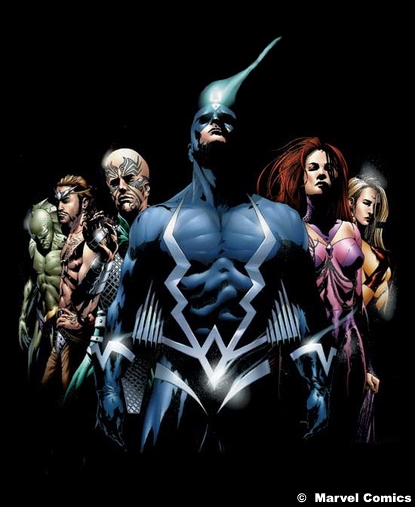 While GOTG will get the coveted May release, the other big Summer date is occupied by another Marvel property. SPIDER-MAN: HOMECOMING will debut on Independence Day weekend as the first film under Marvel’s new deal with Sony. Marvel’s MCU mastermind Kevin Feige is overseeing the story and development of the movie, while Sony is fronting the money. Sony will recoup the box office receipts (which are expected to be massive) and in exchange Marvel will retain the rights to use Spider-Man in later Avengers films (not to mention the money the movie will bring in with toy sales, which Marvel benefits from exclusively). Tom Holland scored rave reviews from his extended cameo in Civil War, and this time it’s Robert Downey Jr. dropping in to let Iron Man share a little of the spotlight. The newfound excitement over the property, which had stagnated going back to Sam Raimi’s Spider-Man 3 fiasco, will likely propel the film to be an Avenger-sized hit this summer. 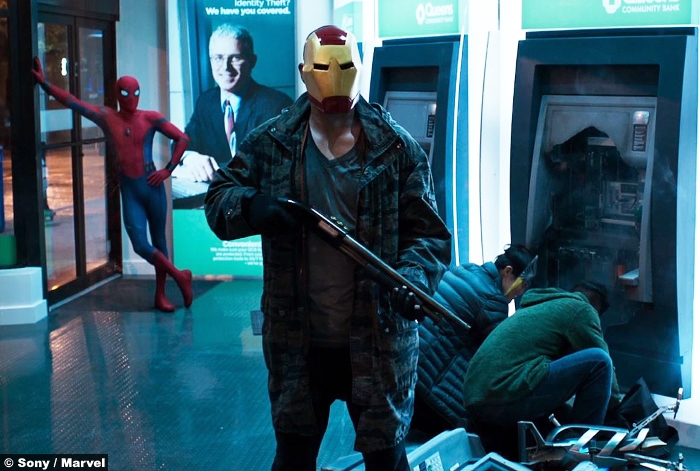 And speaking of Marvel team-ups. Netflix has pegged the vague “Summer, 2017” date as their release window for THE DEFENDERS. The eight-episode mini-series will bring together all the Netflix heroes (DareDevil, Jessica Jones, Luke Cage, Iron Fist) to battle a threat bigger than any one of them could handle alone. Details about the plot are kept under-wraps (though it’s rumored to have something to do with The Hand, who made their debut in DareDevil season two, as well as the big giant hole that DD discovered at the end of his second season). Netflix has yet to disappoint with their Marvel series’ and Defenders will hopefully be big and grand enough to appease fans who are disappointed to hear they won’t be making an appearance in the upcoming Infinity War film. 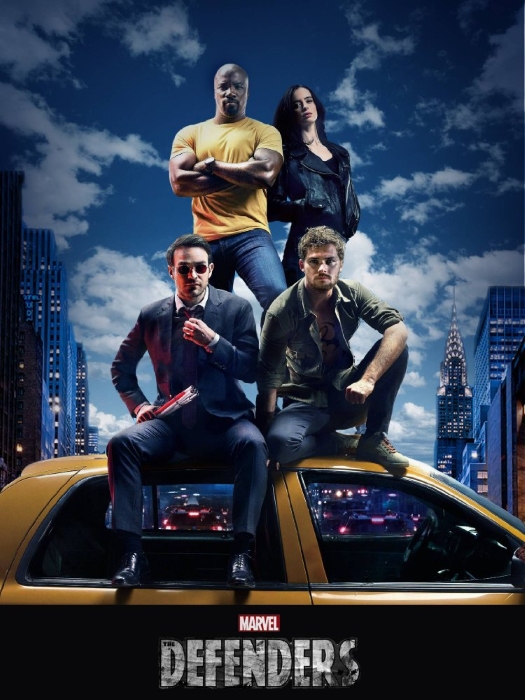 Finally on the Netflix side is the hurried-to-development PUNISHER series, set to be released “this fall.”  Jon Bernthal was easily the best thing about DareDevil‘s second season (Emmy worthy, if you ask me) and fans responded to his turn as Frank Castle with a flood of social media posts begging Marvel to spin his character off to his own show. That they listened and are doing it is impressive enough (it’s amazing how many companies resist giving fans what they want), but what’s even more remarkable is how they aren’t taking their time; by the time Punisher debuts, it will have been demanded, green-lit, filmed and released all within the span of eighteen months. That’s remarkable, and the show promises to be remarkable too. 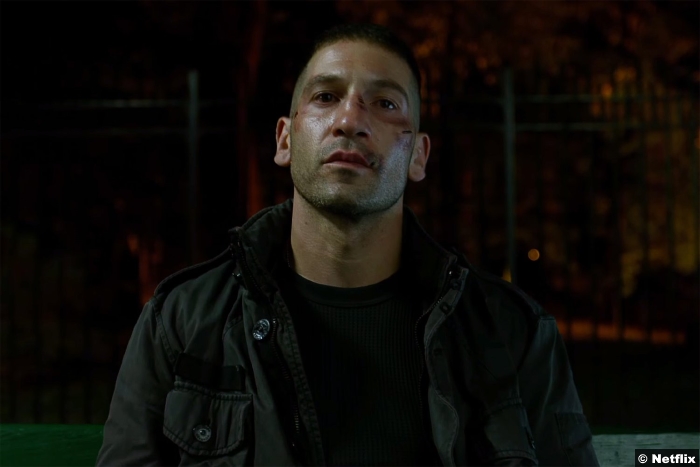 Marvel’s final big event this year will be THOR: RAGNAROK. When the MCU first launched they were riding the coattails of one hit property: Iron Man. The other films in “Phase One” were Incredible Hulk (which barely turned a profit), Captain America (the lowest-grossing movie that Marvel has solely produced) and Thor. The first Thor proved to be just as modest a hit as Cap and Hulk. But after the first Avengers movie, three of those four reached a new level of popularity. Iron Man crossed a billion dollars with its third entry. Cap 2 is maybe the tightest and best movie Marvel has released thus far. And even though Hulk has yet to receive another stand-alone movie (due to rights issues with Universal studios), he stole the show in the first Avengers and continues to be a highly popular “special attraction.” Poor Thor followed up his first movie with “The Dark World,” the lowest rated and lowest grossing movie in Phase Two. The hope to bring the solo franchise up to the level of Cap and Iron Man falls on the unlikely shoulders of Taika Waititi (director of the insanely funny mockumentary What We Do In The Shadows). Despite his pedigree in comedy, Waititi promises a big romp of a movie, blending 80’s sci-fi fantasy, with a mix of “buddy cop.” No footage has been released yet (except for the spoof video below), but everyone involved, including Kevin Feige, is promising the movie will shake up the core of the MCU, the way Captain America: The Winter Solider and Civil War both upended the universe.

Obviously all eyes are pointed to 2018 and the release of Infinity War. That movie will bring together the end of the saga (as we know it, at least) that began with the first Iron Man. Who knows what will remain of the MCU as we know it after that, but in the meantime there’s a lot happening with Marvel in 2017. It looks to be the biggest year yet for the company, and it’s a testament to how they not only crawled out of the grave post-bankruptcy, but managed to rise to become the biggest money-making movie studio in the world.