SPLIT Review: Was almost good, before suddenly it was almost great

Normally I sit down to watch a movie that I intend to review on the night before its premiere. Circumstances prevented me from seeing SPLIT until several days after it released (it opened on Friday, January 20th and I saw it on Monday, January 23rd). By then reviews had come out in droves and though I managed to avoid spoilers, I did notice many were saying that the film was M. Night Shyamalan’s strongest work in fifteen years. And then, just before sitting down to see for myself, I read that the movie surprised many with a #1 box office debut and a $40 million dollar haul (Shyamalan’s best debut since 2004’s The Village).

After so many duds, bad movies and box office bombs, it wouldn’t be unusual for a director like this to disappear for good the way someone like Richard Kelly (Donnie Darko) did. And yet, M. Night just kept plugging away and box office numbers kept getting smaller and smaller. Through it all, however, after being nothing more than a punch-line, there was always a hope among many movie-goers that he would get his act together and finally make a hit again. Last year’s The Visit was the first time in a long time he directed a movie that was at least competently made. It still wasn’t very good, but it looked like a step in the right direction. Finally, with Split, Shyamalan has made his comeback and audiences have responded by welcoming him back with open arms.

As with all his movies, you can’t really discuss the film without discussing the spoilers, particularly with regards to the ending. So be warned… 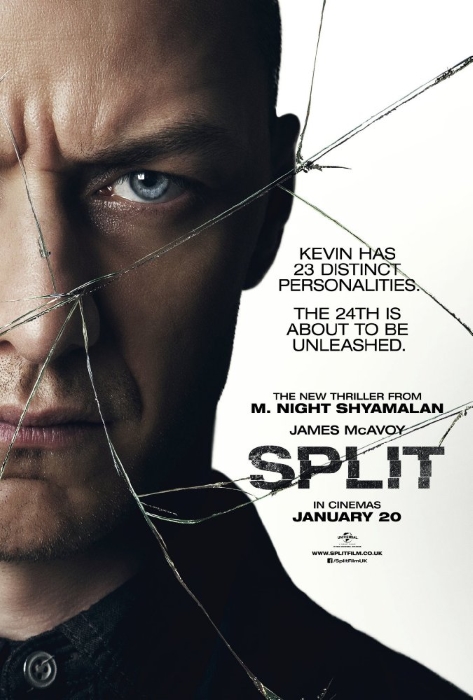 Before even discussing the very surprising ending, the movie itself needs to be graded. No matter how shocking or memorable in any way the ending may be (and in this case, it’s not even the “ending” that twists things around, but the “tag” after the ending), if the movie preceding it falters then who cares.

In the case of Split, M. Night Shyamalan has crafted his best movie since Signs, but it’s not nearly as tight or as tense as Signs. My initial thought was that it was simultaneously too long and yet not fully explored. It was as though the writer-director had a forty-minute outline that could easily have been expanded and explored for two hours, but instead the story remained forty-minutes long and everything was just stretched to fill up two hours. Scenes lingered when a quicker edit might have served it better. Dialogue sometimes went in circles and what could have been said in three lines was stretched to eight or nine. As a result, a movie intended to be a thriller (if not an outright horror) loses all of its tension because the scares either come too late or the after-effect lingers for too long after the “boo.” 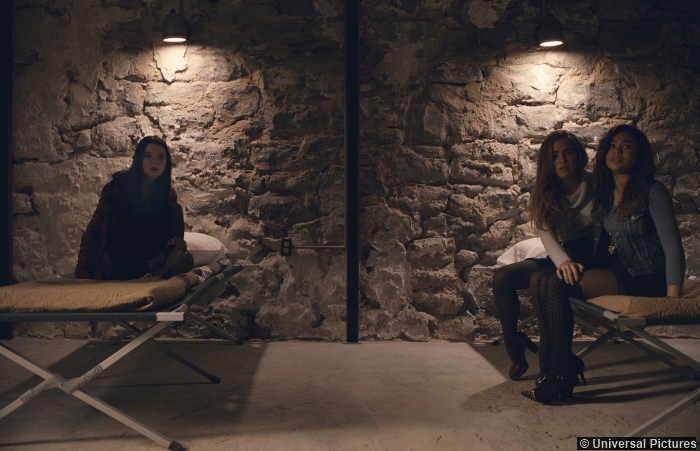 But though it’s not particularly scary, or even very thrilling, it is almost entirely saved by the performance of James McAvoy. His character, who suffers from multiple personality (dissociative identity disorder), commands the bulk of the screen time, as various personas of “Kevin” are highlighted. Kevin has at least twenty three different personalities, though the movie spends most of its time on three: The OCD-suffering Dennis who likes to prey on young ladies, the stuffy Patrica who keeps Dennis in check, and the child-like Hedwig who acts more like a smart boy than a dumb man. The three personalities have forced their way to the top of the food chain to control Kevin and prepare for the arrival of a twenty-fourth personality, dubbed by them “The Beast.”

“Dennis” kidnaps a trio of girls, intending to feed them to The Beast, and that sets the movie off, with the trio working on escaping, whether by force, stealth or coercion of Kevin’s various personas. As the third act approaches, fans of Shyamalan (or just previous viewers of his work) will know to expect some grand twist that turns the movie on its head. To his credit, M. Night does a good job with red herrings on this regard. You might come to believe that the psychiatrist who works with Kevin will be revealed as The Beast. You might start to think that maybe Casey (one of the girls kidnapped by Kevin) is another personality or perhaps the dominant personality creating everything else in her mind. No weird or stupid theory is off the table when you’re dealing with the guy who did The Happening.

As it turns out, the twist is that everything was exactly as it appeared. There really was a Beast, and he really did have all the supernatural powers that was hinted at throughout the movie. He had superhuman speed, agility, the ability to climb walls, bend steel bars, and even withstand shotgun blasts from point-blank range. He was a true supernatural monster and even though most of the movie was presented with a very plausible plot, it’s not too egregious for the main villain to suddenly turn into something like a rejected X-Man villain, especially when the movie hints and hints at that very thing. 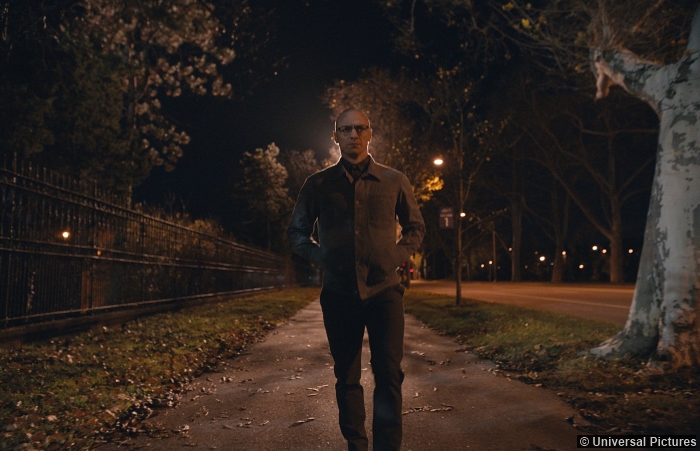 In the end, Casey escapes but so does Kevin. Ordinarily that wouldn’t be a big deal; lots of movies end with the villain getting away, leaving the audience with the unsettling feeling that he could strike again. But in this case, after establishing that Kevin is basically a supervillain, letting him just…get away…felt like the story didn’t know how to end, so it just stopped. And in fact that was going to be my big criticism of the movie, one which would certainly have justified a mid-to-low score.

But instead, M. Night had one more surprise, and it was his best one since he first blew everyone away with The Sixth Sense.

Split, with its main villain (who, by the end of the picture is referred to as “The Horde”) is meant to be the second part in a trilogy of films that began with Unbreakable back in 2000. Now that the movie is out, its director has announced that the third film in the trilogy will be his next project, bringing Unbreakable’s David Dunn (played by Bruce Willis, who cameos at the end of Split) back to fight against The Horde. According to Shyamalan, the character of Kevin/Horde was originally written for Unbreakable, and the twenty or so pages he wrote for Kevin was cut and pasted almost entirely into the Split script. All he did was slap on a traditional “trapped in the basement by a bad guy” plot to give the story a direction. That explains the thin and stretched-out nature of the plot, at least. Furthermore, Shyamalan stated that, when he sat down to make the movie, he intended for it to be a thriller that was revealed to be a supervillain origin story, the way Unbreakable was a thriller that was revealed to be a superhero origin story.

It was a remarkably ballsy move, one that could have been ridiculed on the scale of The Village had it not worked. But it did work, simply because the movie was just good enough to make it work. And after so many failures, audiences were rooting for Shyamalan to succeed. With Split, though it’s not a particularly good movie for most of its run-time, its twist forces it to be re-examined and it becomes an almost-great one. 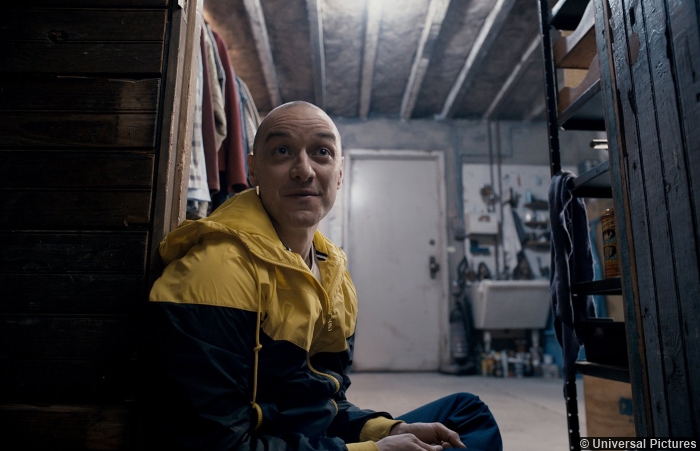 8/10 – Up until the final minute you might think it “just okay” but the final scene re-contextualizes it and elevates it a notch or two.