Review: BABY DRIVER is a symphony of music, thrills, fun and action

It might take a generation before we fully appreciate what Edgar Wright has done with this seemingly-simple little action movie. Even then, the movie may never fully be appreciated, simply because the plot around which the real magic take place is so unremarkable. It’s easy to dismiss the movie before you watch it as a Fast and Furious knockoff, but in truth it is so much crazier than that. It’s almost too crazy to describe in words. You just have to see it for yourself.

Oh sure the plot, when you write it down, is nothing new at all: A fresh-faced getaway driver with remarkable road skills tries to find the easiest (and safest) way to get out of his line of work after he falls for a beautiful waitress.

It’s simple almost to the point of derivative, but in the hands of Edgar Wright, it becomes a basic foundation on which to build something remarkable. This isn’t the first time he’s taken a well-worn genre and built something new onto it: Hot Fuzz is seemingly just a buddy cop movie. Shaun of the Dead is seemingly just a zombie apocalypse movie. The World’s End is seemingly just an alien invasion movie. But to each of those genres, Wright has added something special.

It’s not that he’s zagging where everyone expects a zig; he’s not subverting tropes or playing “gotcha” with our expectations. In most cases he follows the basic rules laid out in the genres he’s playing around in. What he does, is add to those genres things you wouldn’t expect to be added. Some madman at some point had the crazy idea to add chocolate to bacon; it makes no sense but it’s amazing. It’s so crazy can’t really be explained, but taste it and you’ll see.

Edgar Wright is that kind of a madman. 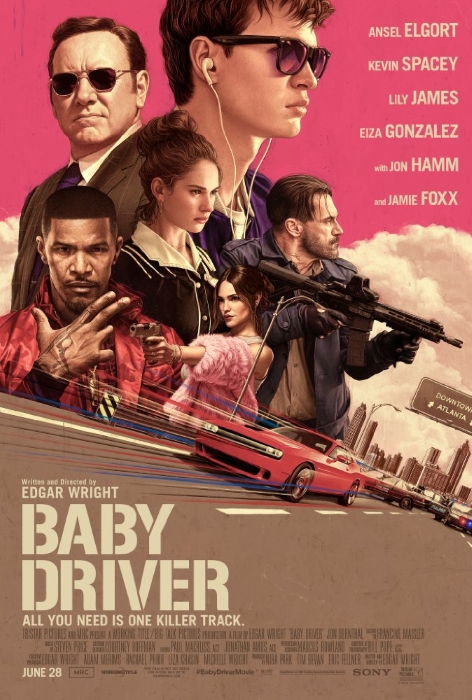 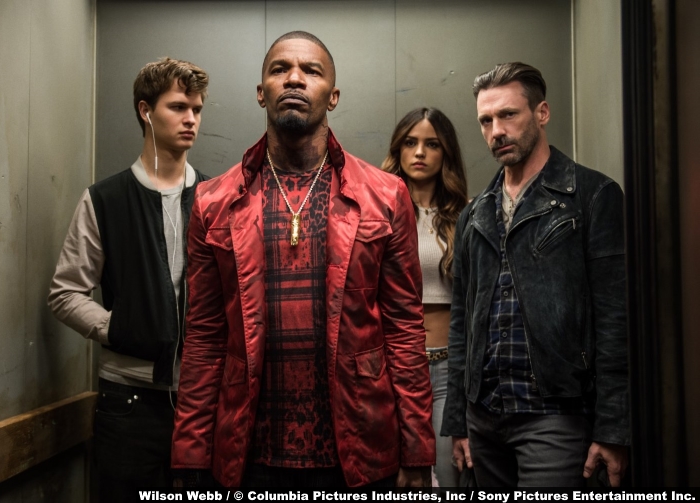 Baby Driver is not a simple action/heist film. It’s a musical. It’s whimsical and fun as much as it is tense and heart-stopping, full of song and dance, with highly-choreographed movements in tune to the music. That’s not to say this is The Sound of Music: the choreography is synced up to classic rock and the movements are the shootouts between criminals and police. It sounds crazy, and it is; but it works.

Wright’s inspiration for the film is decades old, dating back to when he was a nobody struggling filmmaker. While editing his first movie, he popped in an album by alt-rock band, The Jon Spencer Blues Explosion. The album was Orange, and the first track was “Bellbottoms.” The driving drum beat sparked an idea in the young mind, and he visualized an entire car chase scene synced up to the drum beat and seventies-inspired guitar twang of the music in his head.

Fast-forward twenty-two years and the opening scene in the movie features a car chase scene synced up to “Bellbottoms” drum beat and seventies-inspired guitar twang; music playing in the head of main character, Baby. Other filmmakers have played around with syncing action to music, but not like this and certainly not to this extent. It’s the kind of movie that can’t really be written about; you have to see it and hear it. You have to experience it for yourself. And when you do, you’ll likely walk away—as I did—thinking it was a one of a kind experience.

You may not be a fan of gun fights and car chases, but if you’re fan of well-made cinema Baby Driver is the best movie playing this weekend. It’s infectiously happy then suddenly tense before becoming a thrill ride…then it’s happy again, then thrilling, then tense; on it goes, with never a moment for the audience to bore.

It’s not all about the style, though. There’s a “tightness” to the movie in all other aspects too. Sometimes you can just feel when a screenplay needed a few lines cut here and there; here, every line has a purpose with no wasted energy expended. Even the mysterious backstory of Baby is condensed into just two lines of dialogue and a few, parsed-out flashbacks. No bloat.

The car chases and shootouts are deftly edited too, dancing between zoomed-out establishing shots (the movie is set in and was filmed in Atlanta, Georgia) and tight-in reaction shots; the editing is fast but not so fast that the viewer gets lost. The amount of work that had to go into timing gun shots with drum beats without making it convoluted (or worse, without making it feel contrived) is awe-inspiring. The film deserves an Best Editing Oscar for that alone.

There’s kind of an unspoken rule in cinema that says you shouldn’t do something in a realistic way if it seems fake. In other words, sometimes you have to take real things and either dumb them down or spruce them up to make them “movie real” because no one will believe they’re real otherwise. Baby Driver says nuts to that. It does things with cars that I would never believe could be done without the aid of a digital-artist, but Wright insists the crazy stunts done by the various cars are also done without any CGI, which seems too crazy to be true, so it must be true.

Which is also a good way to describe the whole movie. 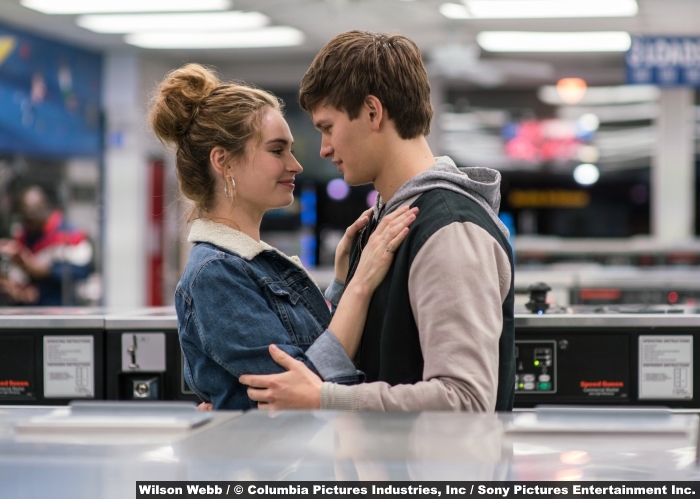 10/10 – Baby Driver is an action-musical you have to experience for yourself. Smart, funny and thrilling; every second is a treat to the eyes and ears.

Easily one of the best films of the year, so far.