Spoiler Review: LOGAN is a masterpiece of brutality and raw emotions

Logan is the finest “comic book” movie Fox has ever produced.

I almost feel like I’m cheapening it to call it a “comic book” movie because this movie didn’t need the characters, the history or the mythos established in the comics. Those things aren’t what makes the movie so stellar. A great movie is about the story that is told, however it is told and about whomever it is told. Whether your story is about a thirty-foot robot, or about a father, son and a game of catch, a movie is either going to rise or fall based on the people within it and whether or not they make you feel feelings. 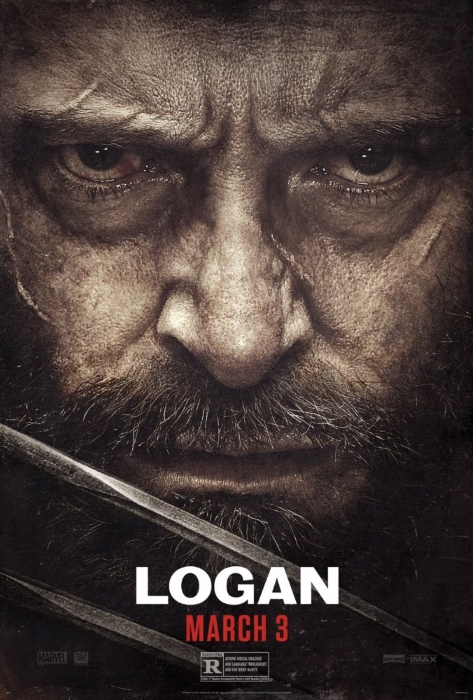 It could have been “just some movie” about a jaded, older ex-solider, an old mentor he cares for out of obligation (he says) and genuine compassion (he refuses to admit to), and a daughter he didn’t know he had that was suddenly thrust upon him. Everything else is window dressing. The names, the histories, the easter-eggs, it’s all just sparkly, ultimately superfluous, window dressing.

The moments that make the movie work, and which make it so astonishing, are the character moments: The shot of Logan carrying an aged Xavier to his bed. The shot of the trio gathered around a family’s table, showing us (and our hero) a glimpse of normalcy that this series, by its nature, can never have. The embracing of a surrogate father by his surrogate son, while the father slips away to rest in peace. The funeral that follows, where the “son” finds himself at an utter loss for words. And the symmetry of those two moments to the final two moments of the film, where a daughter embraces her father as he slips away to rest in peace, followed by a funeral where she eulogizes him with a speech cribbed from the old western Shane (which could have been disastrously, unintentionally funny, if it weren’t so perfectly directed).

The journey these three characters take, especially Logan and Laura, transcend their source material and transcend the sub-genre of “comic book movie.” To that end, this film belongs on the same cinematic peak as The Dark Knight and The Winter Solider.

That such a movie came from Twentieth Century Fox is a minor miracle. 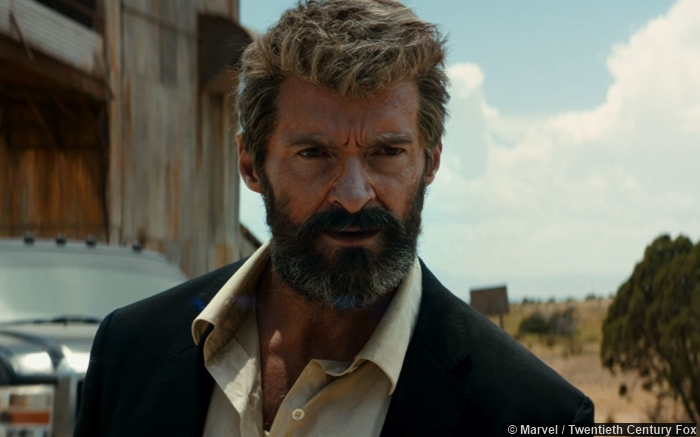 Fox’s track record with this universe is spotty at best. The only movies that have stood the test of time are the ones where the studio got out of the way and let an inspired director do his job. Whenever the studio interfered, it always ended in disappointment. The original X-Men movie was a cheap “comic book movie” in an era where such movies were not given much acclaim anyway, but Brian Singer had a great vision that was hamstrung by a paltry budget and a studio that insisted on a run-time of under two hours. The sequel was superb (and remains so despite how much the genre has improved) mostly because Fox allowed Singer to tell his story his way. The follow-up, directed by Brett Ratner, was an unredeemable mess in the hands of a hack; it was a fiasco brought about entirely by the studio’s ego. First Class succeeded because Fox let Matthew Vaughn cut loose and have fun. Days of Future Past succeeded because Bryan Singer had a good idea and was obviously inspired to work in the universe again. Apocalypse‘s failure is not entirely the fault of Fox, but they did rush the movie into production with a terrible script.

And then there are the two previous solo-movies that starred Hugh Jackman. X-Men Origins: Wolverine is one of the worst comic book movies ever made. It’s on par with Fantastic Four (2015), Catwoman, and Batman & Robin. The effects are laughable, the story is a mess, the climax is insulting.  The follow up was supposed to rectify everything: It was directed by an accomplished filmmaker (James Mangold), promised a smaller-in-scale setting, and was to feature a more character-driven plot. Much of the movie works, and it’s one of those films where you can feel that there’s a good movie hidden somewhere in there, but it never materializes. The writer went on to criticize Fox for interfering in the editing and rewriting of the ending, two of the more criticized parts of the film.

And yet, here we are, four years later and the same director is back to work again, and this time everything works. Every bad decision Fox made in previous failures is missing. What changed?

Deadpool…and Deadpool makes sure to remind you of his influence over the studio at the very beginning of the movie.

Deadpool is the reason Fox gave the greenlight to Mangold (and Hugh Jackman) to make the movie they wanted to make, even if it is seemingly a franchise-ender. Deadpool showed that if you stop trying to make a Fox-version of an MCU movie, but instead have fun with the fact that you’re not an MCU movie, you can make a great film that fans will scoop up like candy. In fact, that’s best compliment I can give Logan: Beyond obvious praise for the three lead actors, the crowning achievement of this movie is that it is first non-MCU movie to really justify a non-Disney company producing a Marvel film.

Before Logan, I was on board with the idea of letting the property die and having Disney buy the rights back. Disney and Kevin Feige proved they could do Marvel better than anyone (since, of course, they are Marvel), so it only felt right that they have control of their biggest and most profitable property. But as I watched the thrilling final action scene, as Logan and Laura tag-teamed their way through dismembered and disemboweled soldiers, I realized “Disney never would have made this.”

Sure I had the same thought when I watched Deadpool, but that’s a minor character compared to Wolverine/X-Men. Deadpool was great, but if it was never turned into a movie, none but a few would be saying “where’s my Deadpool movie?” With X-Men, you know it’s going to be a movie series, it’s just a matter of what kind of movies they are. Disney never would have made this kind of movie.

But it’s not just the the violence or language. Those are essential elements to the Wolverine character, and they are elements which had been largely neutered in the PG-13 films before it, so I understand the desire to show that side of the character in an accurate way. But it’s not just the violence or the language that makes this movie anti-Disney; it’s the actual story they told and the raw emotion with which they told it.

This is a grown-up movie, filled with bitter people, broken people and deeply flawed people. Yes there are decapitations and mutilations and the film barely goes ten minutes without someone dying, but most of the time those deaths come from nameless, faceless, meaningless prop-characters. Unlike in the MCU, real characters die here. Characters you’ve watched in these roles for almost two decades die. And they don’t die in cheap, pointless, exploitative ways like in X-Men 3. They die in shocking ways. They die in moving ways. They die in final ways: No resurrections. No “gotchas.” No “It’s a comic book, of course they come back.” The dead stay dead, their story finished, their journey ended. 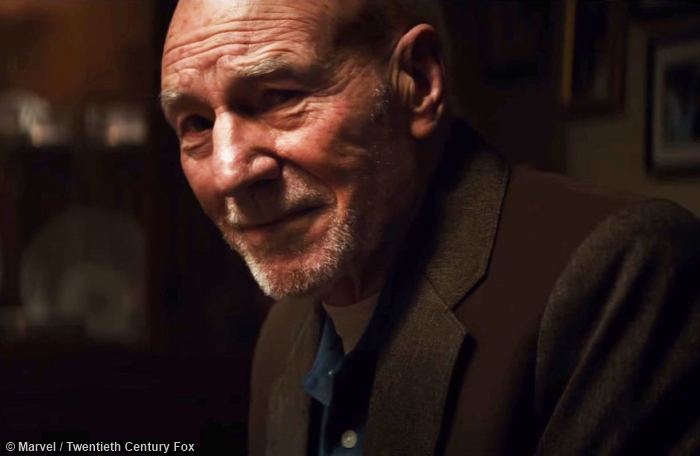 Mangold has crafted a masterpiece here. He’s defied so many of the conventions that have seemingly been codified into the doctrine of “what makes a good comic book movie.” Consider the rules that are almost universally followed in comic book movies these days: (1) Never go for the “R” rating. Go for either PG-13 or PG. (2) Don’t kill main characters. (3) Tell big stories with big stakes. (4) The more characters you cram in, the better. (5) Push the “franchise.”

Logan spits in the face of those rules, one at a time. As mentioned, it’s a hard-R movie. Two of the three main characters die (and those two just happen to be the two biggest stars in the overall franchise). The movie is small, with—at most—the lives of a half-dozen kids on the line, but really it’s about one man trying to find peace, first from an old mentor and finally (successfully) from a daughter. The cast is small, with only a handful of people getting more than a few lines, and only three franchise character to follow, giving the film almost an indie-feel. The title is simple, stark and lacking any direct connection to either the X-Men or Wolverine name. Only hardcore fans know who “Logan” is, yet Fox allowed them to go with that for the title, based on the strength of the material and the confidence they had in Mangold and Jackman. I’m reminded of Francis Ford Coppela, who wanted the third Godfather movie to be titled, simply “The Death of Michael Corleone” but Paramount basically laughed him out of the room. Again, credit to Fox for getting out of their own way.

Long-time comic book and X-Men movie fans will find the final scene between Logan and Xavier tear-inducing. I went in expecting a scene like that, so it didn’t shock or affect me as much as it may have others. All the talk from press and actors that the film was a “tearjerker” mentally prepared me for Xavier’s death. The climax, however, was finally done right in a Wolverine movie. Again, I guessed that Xavier was going to die, and I wasn’t even that surprised at Logan’s death, after the movie built up the possibility so well throughout the picture. What I was not prepared for was a final hand-holding, a cry for “daddy” and for Logan’s last words.

Here’s a character who, apart from an infatuation with Jean Grey, never allowed himself to open up to anyone. He never let himself care for anyone. After all, he rightly points out that everyone he cares about usually ends up getting hurt (or worse). Certainly he’s never had to care for someone like Laura, who is not a love-interest but a flesh-and-blood daughter. As a dad it made their scenes together carry an extra weight, and it made his final moment so powerful. The gruff and tough old warrior, who everyone knew had a big heart (which only made him angrier) finally let go and allowed himself to love. He never actually says those three magic words, but in saying “so that’s what it feels like” he says it all.

X-23/Laura will certainly return, and maybe even to the mainstream X-Men film series through some stupid time travel nonsense, but this is the end of Wolverine. Hugh Jackman only agreed to return to the role if it could be done right. After seventeen years of mostly crap to work with, Hugh Jackman—the unknown Aussie actor fans railed against when he was cast (“Too tall!”  “Too pretty!”)—finally gets a role worthy of the amount of heart and soul he’s poured into it over the years. Congrats to him, congrats to Patrick Stewart (who also says he’s done as Xavier), congrats to Dafne Keen, and congrats to James Mangold. They’ve put together a film for the ages. 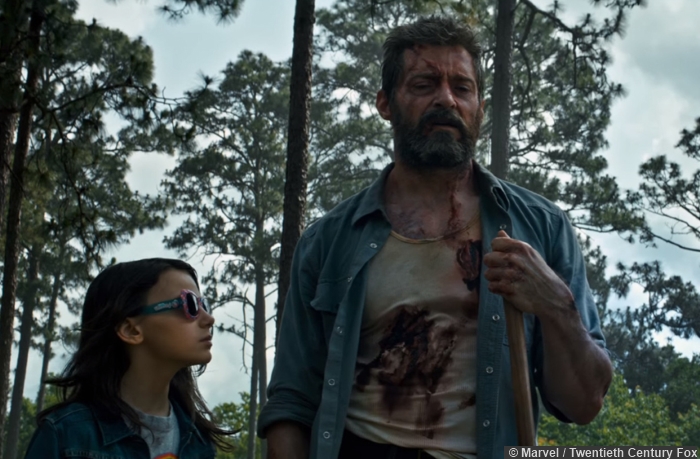