Doctor Who S10E02: Smile – The Doctor and Bill save this episode from complete dullness, oh and a colony

During Steven Moffat’s tenure as Doctor Who showrunner there has been a steady increase in episodes that have mistakes as their main threat. By mistakes I mean robots misinterpreting human behaviour leading to aggression towards, and death, to humans. Think of episodes like The Girl Who Waited’s handbots, Let’s Kill Hitler’s anti-bodies, and the emoji-bots from Smile. What was once a healthy convention has begun to grow sour as fans of Doctor Who can guess what the threat is 15 minutes before the Doctor.

Another reason why Smile has such an air of familiarity is because it is just that, familiar. Doctor Who’s ever-changing lead characters is definitely one of the things that keeps the show fresh but there are times when it seems impossible for the show not to repeat itself, and this is the case with Bill, not Bill as a character, although we’ll get to that, but the familiarity of the type of stories that are used to introduce a new companion. First you have the introductory episode in which the earthbound Doctor meets the future companion, which has happened every time since each one has been from earth in the 21st century. The next episode is exactly the choice that the Doctor gives Bill at the start of the episode: past or future. Both Rose and Clara went for the future, mainly as a way of the Doctor showing off. Bill’s choice is the same as he takes Bill into the future to a human colony based on a new planet. As we have seen from the preview of next week, it’s the past that the Doctor and Bill will be headed to next. As elastic as this shows premise is, the longer it’s on, the more likely it is to repeat itself, with Smile repeating two well-known story choices. 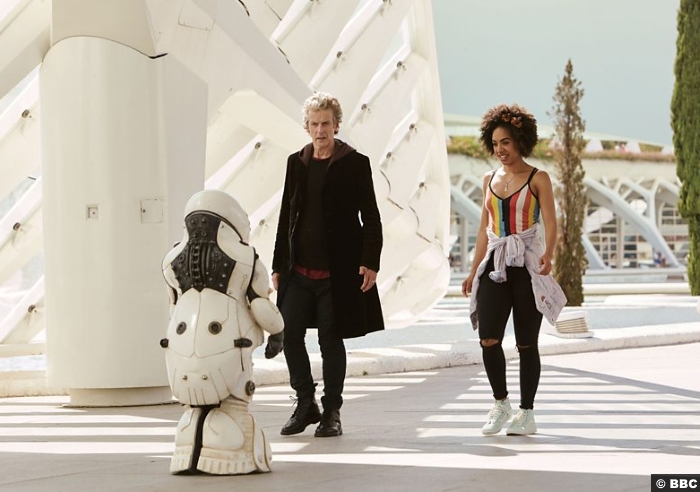 What ultimately differentiates these episodes is the companions themselves which is where Bill comes in. Not only is Pearl Mackie continuing to be a bright and charming addition, she has also awakened an enthusiasm in the Doctor that has been missing in Peter Caplaldi’s performances thus far. It’s probably as simple as this: Bill is this Doctor’s first proper companion, one who chose to travel with him, rather than trying to redefine his relationship with Clara. I always get a kick out of the Doctor’s excitement about showing his new friends his world, it’s one of the best opportunities for the actor to have fun in the role so I’m glad Capaldi had a chance to tick this off before his own departure.

It’s the “getting to know you” aspect of Smile that saves the episode from being a complete dud, as the script from Frank Cottrel-Boyce (who wrote the awful In the Forest of the Night, in which nothing in that episode took place at night)  has the shrewd idea to make the first half of the episode a two man show with the Doctor and Bill. Thanks to their expert bantering, and particularly Bill’s ultra-rational approach to life (thanks to her we know that the seats in the Tardis are purely decoration), the first half of the episode is a fun, and at times very creepy adventure. The colony itself is beautiful, perhaps one of the show’s most ambitious sets, and the idea of the emoji mood monitors is unsettlingly close to Black Mirror. 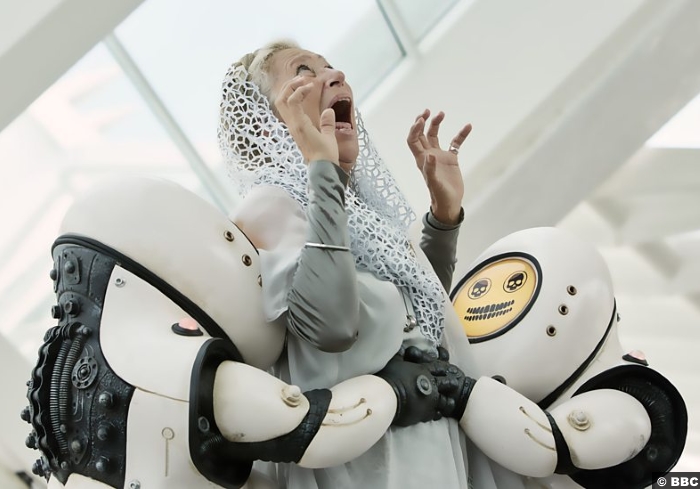 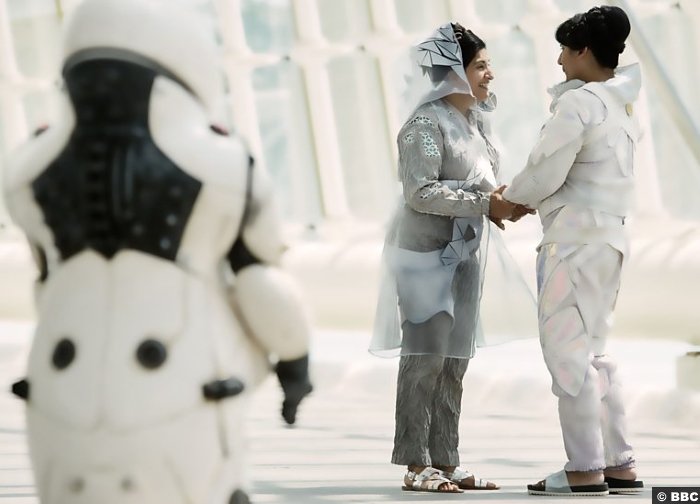 It’s then that the episode collapses in on itself, as the last half is so tedious and repetitive, and the solution so typical its almost derivative, that it made me forget all about the stellar first half. I mean seriously, the Doctor just turn the robots on and off, that’s not just derivative on Doctor Who terms its insulting to the IT Crowd as well. Also this is the second week in a row that the Doctor has resorted to memory wipes as a solution which is worrying. Come to think of it, the Doctor has been pretty reckless in these first two episodes. He landed in the middle of a Dalek war to test a theory last week, and this week he nearly blew up a ship full of people because he got a little excited. There is a pattern of behaviour here that is unsettling and I hope there is an actual dramatic payoff to this rather than the writers sticking in a cool scene without thinking about the consequences. In saying that, the Doctor has always been a bit insensitive, that’s two companions he has took to places that connect to the end of their world, Nardole needs to let him out more. 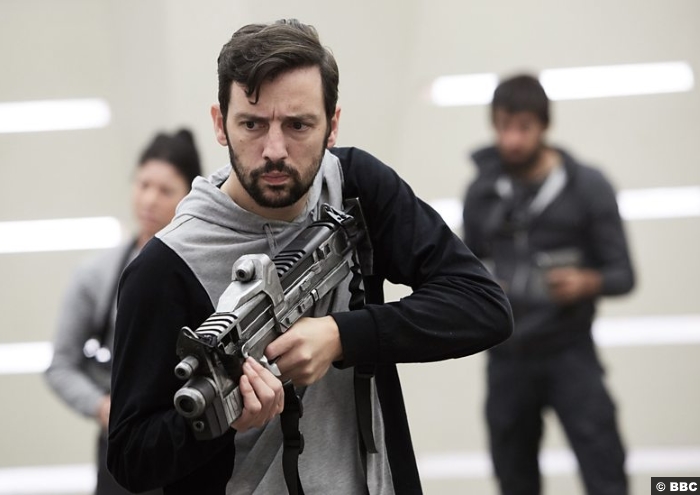 What was most disappointing about Smile was that there was no “oh crap!” moment, with much of the story beats following the same formula as similar stories have in the past. I’m sure I wasn’t alone in letting my attention slide when the middle third of the episode was basically the Doctor and Bill firing exposition at each other from one end of a spaceship to the other. Despite the very effective sight of fertiliser made out of human bones, which is something that would have haunted me to my very soul as a child, and still had me feeling a little queasy, the threat in this episode was as thin as last weeks. There should be a little thrill when you realise that you have guessed the answer to the problem before the Doctor has, but not when it’s the result of bad writing.

6/10 – Two episodes into Moffat’s final season and the show seems to be playing things relatively safe. This is the Doctor, safe bores him, and it bores us.