Doctor Who S10E04: Knock Knock – It’s amazing how many flaws I’ll overlook when it’s this fun!

Season 10 so far has been a mixed bag. For all the great chemistry shared by the Doctor and Bill, and the continually excellent performances by the actors who play them, the threats of each episode have been curiously underwritten. As I’ve said before, this makes some sort of sense as the new Doctor/companion relationship is taking the spotlight. Knock Knock has these same problems, not with the threat itself, not exactly, but there are some gaping plot holes when I scrutinize the episode a little bit. 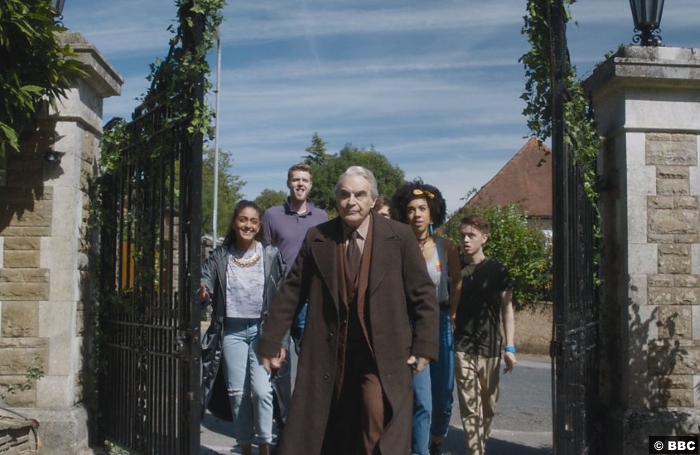 For instance: did no one notice a group of people disappearing every twenty years, any cop worth his or her salt could retrace each groups movements to show that they were going around estate agents looking for somewhere to live, and why, with the threat seemingly over, did the space beetles decide to up and leave? Also what were the space beetles in the first place? For any other episode this would bring the quality of proceedings down in my estimation, except Knock Knock was to damn fun for me to care. The truth is that even Doctor Who’s best episodes are flawed in some way: there is a plot hole in the Big Bang that I’m sure is there under the timey wimey stuff, and even a classic like Listen falls apart from the fact that all of the Danny Pink and Clara connections teased in the episode never came to fruition. What I’m saying is that sometimes reviewing Doctor Who, like the show itself, isn’t always logical. So it’s easier for me to brush the bugs under the carpet since the rest of the episode was a blast.

The show has had a few haunted house stories in the past, the most recent one being the House on Haunted Hill throwback, Hide, from Matt Smith’s tenure. Knock Knock fondly recreates a lot of the usual conventions in a haunted house story: ominous noises, creepy thespians, played this time by former Poirot actor David Suchet, and my particular favourite, the reveal that some of those noises was the Doctor poking his nose where it shouldn’t have been. What makes this a great episode is the very Whovian way it reveals its threat.

The basic set up is another well used horror trope: silly students ready to take the first creepy old house that’s offered to them for cheap. Never underestimate how dumb a student can be at the thought of saving money, I know because in my student days I would have gone for that deal too, and probably one of the idiots that got eaten. The set up allows for more jokes about students that are probably getting a bit tired by now, but yes we have all had a creepy landlord, and there is some of us that would brave space beetles to get a bigger room.

What works here is the Doctor, who is helps Bill move in by using the Tardis, and yes he would make a fortune if he decided to go into that business. Bill makes it clear that the Doctor isn’t part of this aspect of her life, and I fully believe the Doctor would respect her wishes if not for the draft without the wind. What follows is Doctor Who at its best: basically the Doctor making a nuisance of himself as he tries to figure out what’s wrong with this picture. The sequences with the house creaking, and the doors shutting on their own is surprisingly effective, even to someone who has seen this a million times before. What helps is, bad acting aside, we get enough time with Bill’s housemates to care a little when they perish, and even more so when they are returned at the end of the episode. Doctor Who is hit and miss when it comes to filling in side characters, especially during Capaldi’s run, but there is enough here to make an impact. 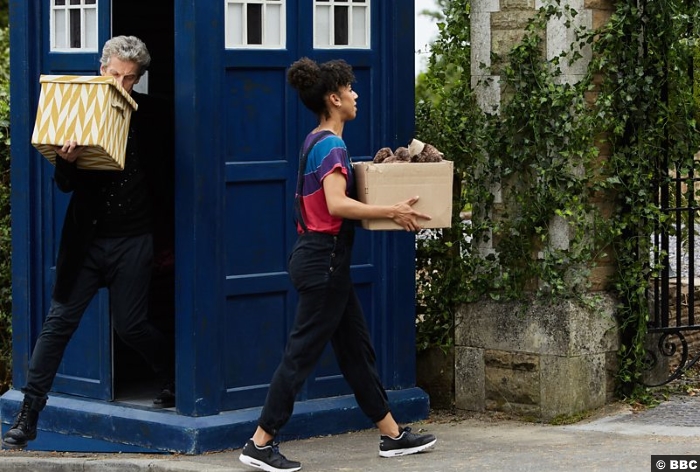 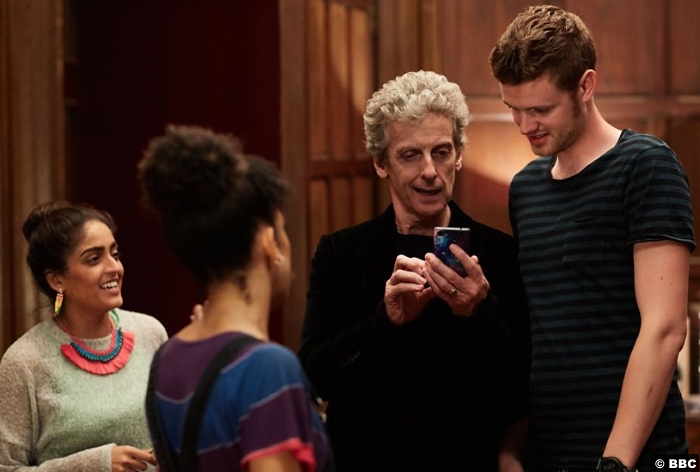 The threat itself does lose some power when it’s just space beetles, the one location and choice of this relatively inexpensive CGI probably means this was a budget saver, but the threat ramps up again when we see exactly what these creature do to the housemates. The kid stuck in the wall is an arresting image, perfect for a Saturday teatime scare, and the dissolving students are reminiscent of The Mummy, which is no bad thing in my book. It’s also an absolute pleasure to see David Suchet add some thespian flavour to his role as the landlord, which also helps sell the mawkish final showdown.

The showdown, which admittedly stops the episode dead, does highlight the theme of the episode, that of familial bonds. There’s Bill showing the picture of her mum around the room, Pearl Mackie is so charming in this scene, and also the landlord’s desperation to save his mother leading to these despicable acts. What’s most interesting is how this all affects the Doctor and raises the question of who is inside the vault.

The vault hasn’t been at the front of my mind during this early run but tonight’s episode had me actively wondering who’s inside, rather than being happy to wait until the reveal. It’s obviously someone the Doctor cares about, at least enough to give them a piano, he gets no credit for the Mexican food since that’s basic human rights. Many will say that it’s the Master, because it’s always the Master, but what if it was someone closer to the Doctor, maybe a certain granddaughter?

8/10 – Still, all we have is speculation until more is revealed, but in the meantime, Knock Knock was another fun episode in which Doctor Who’s strengths outshone its weaknesses.