Doctor Who S10E01: The Pilot – Peter Capldi’s final run of episodes is upstaged by a great new companion

The Doctor returns with a great new companion, a slight, but entertaining story, and a renewed sense of wonder

I know I’m not the only person that breathed a sigh of relief when Steven Moffat announced that he was stepping down a Doctor Who showrunner at the end of season ten. While his run on the show has been nothing if not interesting he has had a tendency to parody himself over the years making a show with the most elastic of premises seem repetitive. In many ways he has been lucky with his choice of Doctor. Matt Smith and his electric childishness, tempered with a wisdom that betrayed his super young face is rightly considered to be one of the best actors in the role. Peter Capaldi, on the other hand, has not had the same luck. His Doctor has been a tonal mess of affectations (guitar and sonic sunglasses), and been the victim of a companion played by an actress who had mentally checked out of the role some time ago. Don’t get me wrong, I still think he is a brilliant Doctor, he’s to good an actor to be anything else, it’s just that his run has suffered mainly from his head writer who should have moved on when Smith did.

Maybe I’m wrong though, after all it’s unfair to judge Capaldi when his run in the Tardis is still to be completed, and the season 10 premiere, The Pilot, has me feeling hopeful that both he and Moffat will bow out of their respective roles in style. The catalyst that could guarantee this is Pearl Mackie as Bill.

Moffat’s previous companions have usually been more plot device than character. Amy started off as a trap for the Doctor in season five (still arguably Moffat’s peak in the show), and Clara was the exact opposite, a companion ex machina if you will. With Mackie as Bill Potts there isn’t that sense of baggage as with the others, with nothing to suggest that she is any more remarkable as say Rose, or Martha. It’s a refreshing choice, one that allows Mackie to build her character without this dramatic weight, making her meeting with the Doctor more about her own personal journey rather than his. 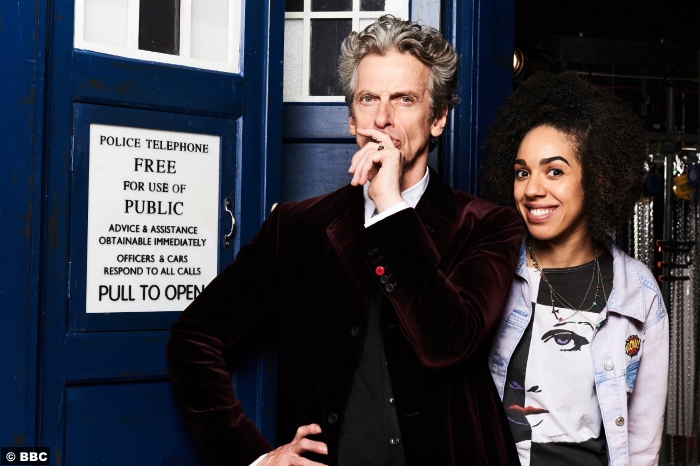 The Doctor actually takes a bit of a back seat in The Pilot, being more of the magical helper archetype than the hero. Bill is the hero of this story, and the quality of the episode lives and dies on whether she convinces as a lead. She does, and then some. In one episode it already feels like we know more about who Bill is than the entirety of Clara’s run (which wasn’t helped by Moffat’s addiction to dropping storylines), There is a lot of good character work here as Moffat allows Bill to make an impression through the ever growing weirdness of her life.

There’s her relationship with the Doctor, a teacher/student dynamic that works in the university setting, though as someone who fought his way into higher education it was a tad annoying seeing her get that opportunity, but not as annoying as Karen getting an office at a newspaper in Daredevil despite having no qualifications. Slight nit-picking aside, Mackie’s comedic chemistry with Capaldi did a lot to convince me of their pairing going forward.

Meanwhile, The Doctor seems to be in hiding, complete with goofy sidekick Nardole, and they are both very interested in a vault. Much like past incarnations, when Capaldi’s Doctor is in between companions the more loner aspects of his character come out. He talks to his students about time, and the nature of it, which is well represented in the directorial choices, noe more so than his office desk. It’s a plethora of easter eggs: pictures of River, and his granddaughter, as well as a pencil pot full of sonic screwdrivers. The desk is a perfect metaphor for how the Doctor describes time. It’s a visual representation of his past, just like Bill’s pictures of her dead mother. 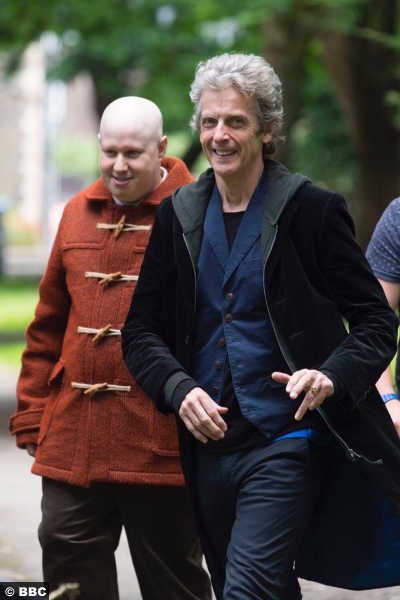 As for the story, it’s a well-paced romp through time and space that’s pretty much the first few new assistant episodes packed into one. The threat, a puddle of water that’s really smart spaceship fuel or… something, is a perfect example of a Moffat monster: it’s a fear right out of our childhood imagination of other worlds in puddles, but it’s also, well, shallow. The threat isn’t really the point, its just the delivery system that gets Bill on to the Tardis, but the representation of poor drowned Heather will be haunting a few viewers nightmares. 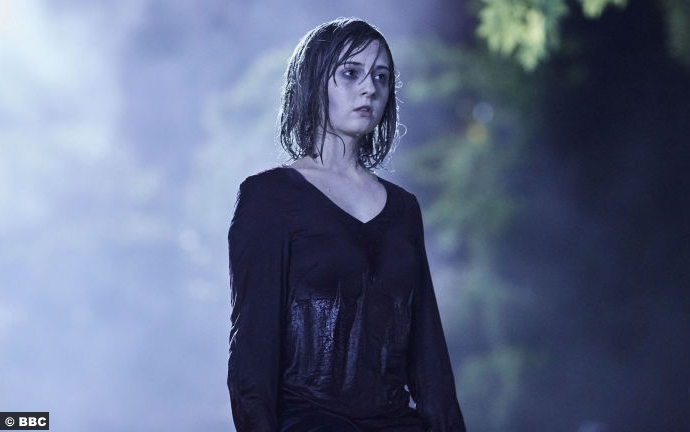 The Pilot isn’t a perfect episode. Despite the overall brilliance of Pearl Mackie, its still really obvious that the lesbian woman of colour is being written by a straight white Moffat, so anyone who knows his work will be both disappointed, and not at all surprised that part of Bill introducing her sexual preference contained a punchline about fat girls. There is also the problem of Matt Lucas as Nardole. Many characters in fiction are there to be a sort of Greek chorus, but the fact that all Nardole does is point out that things are happening doesn’t make him feel that compelling, or worse, nessecary.

All in all though, The Pilot was a funny, exciting, and creative episode, with both Capaldi, and especially Mackie, distracting us from its flaws. Before I watched this episode I was only excited at the prospect of Moffat’s exit, whereas now I’m excited about the manner of it.

7/10 – Despite some distracting flaws, and the overall Moffatness of proceedings, The Pilot was a strong return for the British sci fi behemoth, and with the show teasing the return of John Simm as The Master, there are plenty more reasons to be excited.