We are just under three months away from the release of a very different kind of Star Wars movie. Not counting the Clone Wars “movie” (really just the first handful of episodes) and the Ewok spin-off films, Star Wars: Rogue One will be the first “non-episodic” film in the franchise. Already fans have been spoiled by the aforementioned Clone Wars show, the Disney-controlled Rebels show and the rebooted episodic films. There’s more Star Wars to watch (not to mention read and play) than ever before.

Those of us who were kids in the 90’s observe the current generation of Star Wars fans with unbridled envy. We had Shadows of the Empire and X-Wing vs Tie Fighter and we LIKED IT!

Never before has the question “can we have too much Star Wars” even needed to be asked. Now we’re going to find out if the franchise can thrive the way the Marvel Cinematic Universe has done, with a new movie coming every year. If it does, its success will not be as unilateral as it is with the MCU. Marvel has one man spearheading the cinematic direction of its franchise: Kevin Feige is the brains behind the multi-billion dollar success of the MCU.

Lucasfilm, however, is doing things a bit differently. There’s Kathleen Kennedy, who was hand-picked by George Lucas to be the new head honcho of the studio, but unlike Lucas, Kennedy has never been a “creative” producer; she was always more of a CEO type. She’s Brian Grazer, not Ron Howard. The “creative” direction at Lucasfilm—particularly with regards to Star Wars—is being handled by a committee of talented thinkers. The most vocal of that group (the Star Wars Story Group) is a man named Pablo Hidalgo, who spent years writing for Star Wars.com as well as a number of books and guides to the Star Wars universe (and a few others). But Pablo is just one of a half-dozen people whose job it is to keep the canon of the new universe free from contradictions and plot holes. 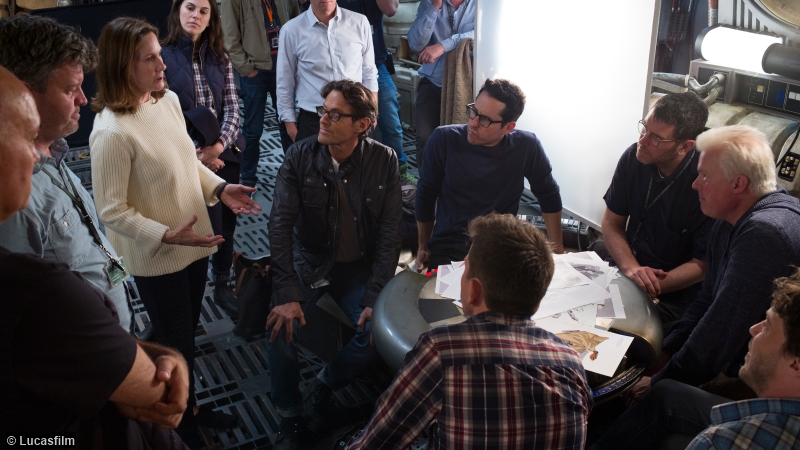 Apart from the Story Group, there’s JJ Abrams and Lawrence Kasden (director/writer of The Force Awakens) who basically shaped the overall universe the new movies will explore. Even though Abrams is finished with Star Wars (Rian Johnson is directing Episode VIII and Colin Trevorrow is set to make Episode IX), his influence will be felt from henceforth. It’s akin to the foundation-laying that Chris Columbus handled during the making of the first two Harry Potter movies. Who else but Daniel Radcliffe can you picture in the lead role? Or Alan Rickman as Snape? Columbus’ casting made that series. Abrams can be a bit polarizing, but I can’t imagine anyone criticizing Daisy Ridley or John Boyega or Oscar Isaac. And say what you want about the plot of The Force Awakens, you can’t deny that the movie FELT like Star Wars. Credit JJ and Kasden for making the 80’s nostalgia of the original trilogy a focus.

Of course, all these cooks in the kitchen making a stew is entirely changed from the way things used to be. George Lucas used to be the creative voice behind Star Wars. Or at least, that’s what he’d tell you if you asked him. In truth, we have to thank producer Gary Kurtz and editor Marcia Lucas for shaping a lot of what worked on the first two Star Wars movies. Starting with Return of the Jedi, George took more of a dictatorial role over the franchise and when it was time to make the Prequels, producer Rick McCallum was nothing more than a yes-man.

To be fair to George, he really is a brilliant storymaker. But he’s not much of a screenwriter (and he got worse over the years) and truth be told is a pretty lousy director. His best-directed movie is still American Graffiti, the film that gave him the cachet to make Star Wars in the first place. A New Hope was saved in the cutting room and was immediately supplanted by Kershner’s Empire Strikes Back. Lucas basically ghost-directed Return of the Jedi (much the way his contemporary Spielberg did on Poltergeist) and it lacked so much of the flair that Kershner had brought to the table. The prequels are some of the worst written, terribly acted, uninspired messes of movies yet seen. The Force Awakens was a breath of fresh air; the result of a collaborative effort instead of one man’s “auteur” vision for the franchise.

Lucas criticized the new movie as “something for the fans…something retro” as though that’s a bad thing. His point was that he made movies that did something new, whereas Abrams’ film did not (he says). His interview with Charlie Rose was very telling, in that it revealed the frustration he has, knowing that he’s no longer the one calling the shots. But after three prequel movies is there anyone out there—apart from the most blind sheep hardcore fans—who really wants Lucas calling the shots anymore?

It will be unlike any kind of Star Wars movie that’s ever been crafted before. And then next year, Episode VIII will be as well, because it will be crafted by writer/director Rian Johnson. And the year after that will be another “new” kind of Star Wars movie, as Lawrence and Jon Kasden, along with Lord and Miller, will bring us the Han Solo spin off film. On and on it goes, with new voices bringing new ideas to the Galaxy Far Far Away.

Star Wars is no longer Star Wars as it once was. 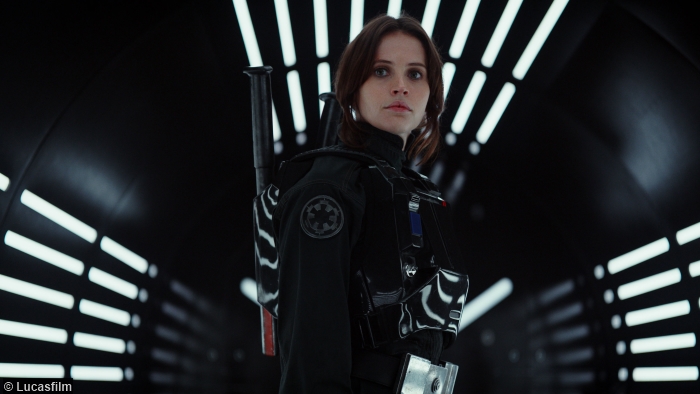