“A Charlie Brown Christmas” is Schulz’s rejection of “holiday modernism”

It’s become a perennial holiday classic, a TV staple that families mark on their calendars and refuse to miss: A Charlie Brown Christmas first aired on CBS, on Thursday night, December 9, 1965. The special was, of course, based on and features the characters from Charles Schulz’s “Peanuts” comic strip, which first entered newspaper circulation about fifteen years earlier. By the mid-60s, Peanuts was the most popular strip in the funny pages, and Christmas specials were all the rage on TV networks. Marrying the two seemed like a no-brainer idea, and Shultz jumped at the chance to write a special.

While the wit and humor was present, what Shulz did not settle for was a cookie-cutter half-hour special with characters simply reciting comic strip lines of humor around a Christmas tree. What Shulz did was use the time available to work through a lot of feelings he was having about “Christmas in the 1960s.” The result was a show that was far from “timeless” in its style and verbiage, or in the frustrations expressed by its lead character. Instead, it was extremely “of the times” and outright reflective of what was going on with Christmas in that era, while still being a story told from the perspective of the Peanuts gang. 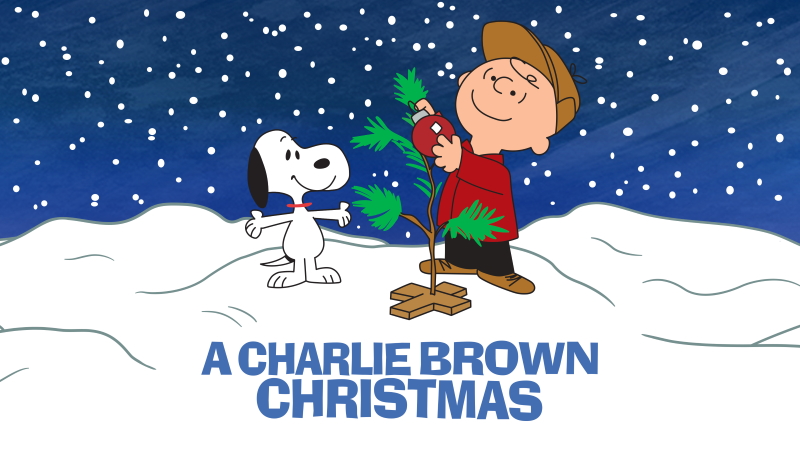 The plot of the special is known by all. Reciting it here almost feels silly, but it’s necessary to make my point: Charlie Brown is depressed. He feels like Christmas has become too “commercial,” and too much about presents, stuff, lights and pizazz, and not enough about the things that really matter. As frustrated as he feels, it’s doubly frustrating because, while he can identify the fact that Christmas is missing something, he’s not sure what exactly it is that’s missing. Hoping to get him out of his funk, Lucy suggests he become the director of the children’s annual Christmas play. 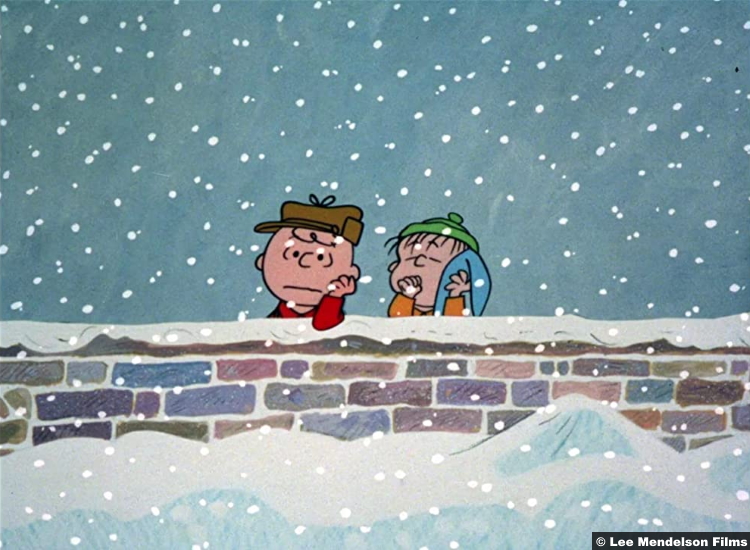 When Charlie Brown shows up, despite his reputation for being a blockhead and a screwup, he manages to prove himself surprisingly adept at the job. He knows all the classic stage director gestures and signals, has scripts and parts ready, and has even overseen the special effects (Snoopy, providing the voice for the entire barnyard animal section). Instead of receiving his ideas with enthusiasm, however, the gang proceeds to ignore his every word and dance to the swinging, upbeat jazz stylings of the Vince Guaraldi Trio. The music was hip and modern, a marked contrast to the music on many radio stations of the day. In the mid-60s, Christmas songs usually featured the stylings of Bing Crosby, Dean Martin, Frank Sinatra, Johnny Mathis, and Elvis Presley. They were standards. They were classic tunes that the whole family could sing along to. The music of Charlie Brown’s Christmas Special was piano-based and bopping. It lacked the familiarity, the instrumentation, and the “timelessness” of traditional Christmas music.

It was a metaphor for the slow creep of modernism that was overtaking the traditional approach to Christmas in the mid-1960s.

Charlie Brown’s reaction to all this is utter disdain. Though Lucy remarks “isn’t this a great play?!” it’s clear that Charlie Brown wants nothing to do with such a modern take on the timeless holiday. When he tries to wrangle everyone and steer them back on track, he is—as expected—shot down and shuffled away to find a proper Christmas tree for the play. As he and Linus search the Christmas Tree lot, their observations (and the payoff that would follow) would be credited with the essential destruction of the then-booming Aluminum Christmas Tree business. At the time, Aluminum Trees were all the rage, yet Charlie and Linus walked amongst them, lamenting how “artificial” they all seemed. What Charlie was craving—what Charles Shulz was missing—was the genuine feeling that came from simpler Christmases of yore. 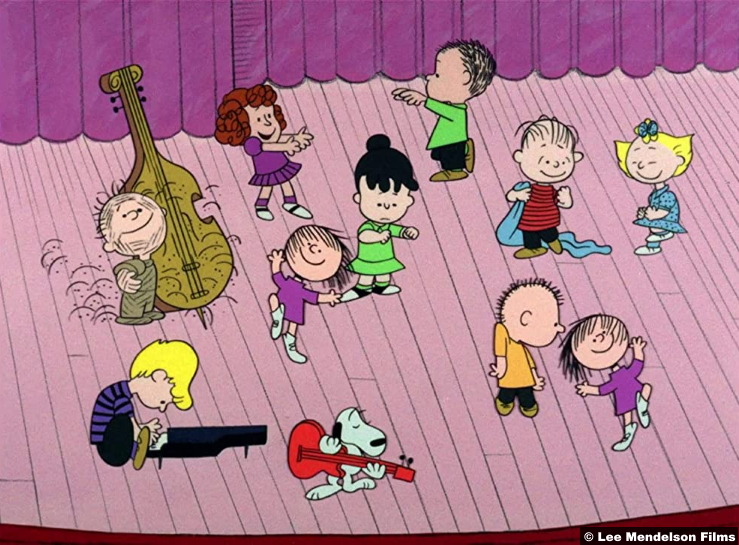 And then, sitting sad and alone in the back of the lot, Charlie Brown found what he was needing. Linus tried to warn him that Lucy wouldn’t favor such an old-fashioned “wooden Christmas Tree” but Charlie would not be deterred. He brought it to the play for his peers to see it and what followed was all the ridicule, mockery, and arrogant dismissal that the world of the mid-60s was giving to the kind of Christmas the 1920’s-born Shulz grew up loving. In his hopelessness, Charlie Brown cries out begging for someone to help him understand what Christmas was all about. What he needed was to understand why he seemed so out of touch with the rest of the world. Everyone else seemed to be fine with their modern Christmas, but Charlie Brown was not content. Charles Shulz was not content.

Charles Shulz wouldn’t have been fine with it, and he let Charlie Brown and Linus be his voice to express what was missing. This TV special is about how Christmas ought to be the one holiday that doesn’t change. Despite all the joy and mirth it brings, Christmas really is the most nostalgic, melancholic, poignant holiday of them all, but that attitude was disappearing in the mid-60s. Today, in 2021, while there are plenty of modern Christmas songs to hear, modern Christmas movies to watch, and modern Christmas traditions to enjoy, the vast majority of things we do to celebrate the holiday involve traditions that date back to our grandfather’s era, if not older than that.

We still listen to Bing Crosby songs. We hang holly strands. We watch movies from the 1940s and TV specials from the 1960s. Christmas today is very much a timeless holiday. We perhaps can’t appreciate how it was Charlie Brown’s insistence to put that sad little wooden tree on display that turned the tide and took the holiday from one that almost abandoned all of those old traditions to one that embraced them and celebrated them. 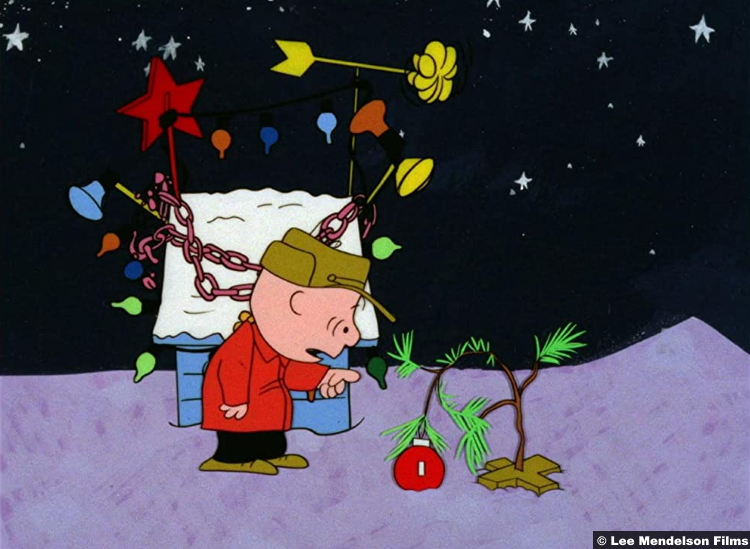 “A Charlie Brown Christmas” is Charles Shulz’s rejection of the abundant modernism that had crept into the holidays. It was his impassioned plea for us to stop and, for one month at least, look back on what has come before, to celebrate simpler times, happier days, and a less complicated life. The success of the program—you’ll forgive me if I oversell it a bit—helped save Christmas from becoming as commercial, noisy, and ultimately hollow as the modern Valentine’s Day. Shulz’s half-hour TV special, in my opinion, helped to save what makes celebrating Christmas so special.

May it never go out of style. 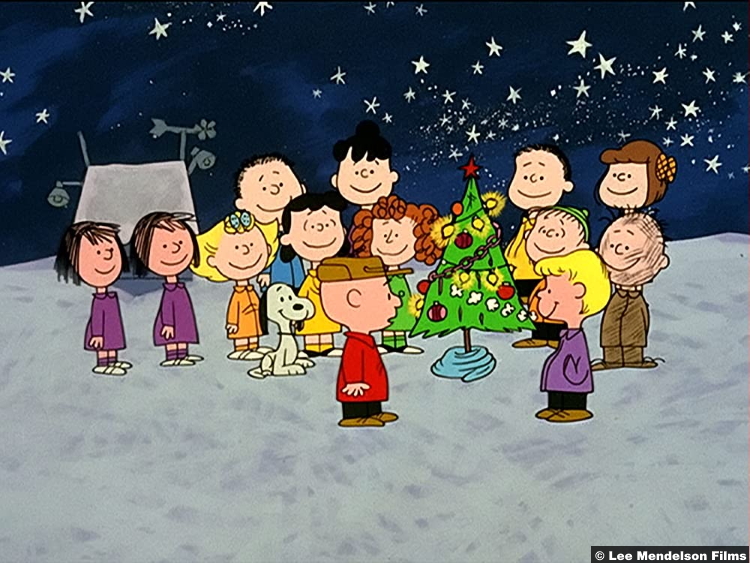