Every year, Cultofwhatever brings you a list of all kinds of scary movies and shows to get you in the mood for Halloween. Here’s last year’s entry (with links inside to previous entries going back to 2016)…

Your Halloween Watchlist for 2021 is here!

This year, we’re taking the article’s namesake literally, by bringing you an actual “Halloween” watch list, in honor of the release of Halloween Ends, the final installment in a trilogy of movies meant to end the story that began with the 1978 original. The reboot trilogy, which began in 2018, wiped away the continuity of all prior films except for the first, meaning everything from 1981’s Halloween 2 up to 2002’s Halloween Resurrection (as well as the pair of Rob Zombie movies that also did away with prior continuity) have been jettisoned into the void of non-canonicity.

I say nuts to that. In honor of the “End” of the franchise, let’s go back and rate, from worst to best, every Halloween sequel that supposedly doesn’t matter anymore (not counting the Rob Zombie movies which matter even less than zero), starting with…

HALLOWEEN: THE CURSE OF MICHAEL MYERS 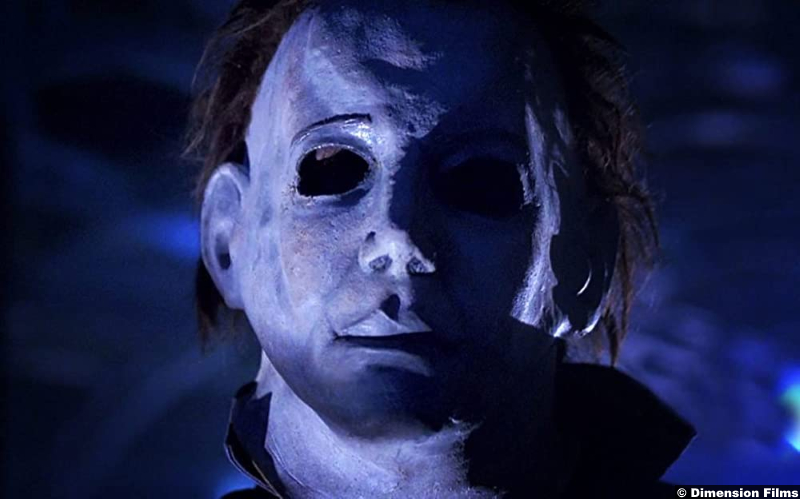 It was very difficult to choose which of these three worst movies to put at the absolute bottom of the pile, but in the end, I went with the one that wasn’t just bad, it was disappointing. The Curse of Michael Myers came after a long, six-year stretch between movies. The previous film, the equally dreadful Halloween 5 had been so bad it was thought to be a series-killer. Instead, after a long hiatus, the franchise returned with the promise to right the wrongs and launch a new series of films. Instead, despite optimism and hype after so long away, “Curse” came stumbling out of the gate. The worst part about the movie is how joyless it is. There’s a fine, tightrope-balancing act that these sorts of movies have to walk: They have to be scary in a playful, hold on to your lover tight as you watch, sort of way. “Curse” was almost mean-spirited and lacked much fun.

MOVIE RANKING – 1/10 – A few clever shots and not much else makes this the worst installment in the franchise.

MASK RANKING – 7/10 – Solid but flawed in spots. The hair’s a bit wild and the way the light catches the seemingly penciled-on eyebrows will never not make me chuckle.

HALLOWEEN 5: THE REVENGE OF MICHAEL MYERS 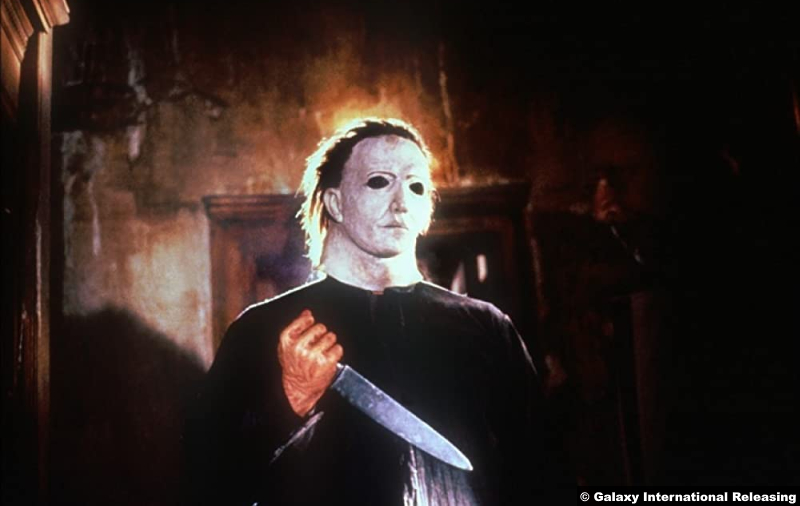 Revenge is the movie previously mentioned, the one so bad it almost ended the franchise entirely. What went wrong? Basically everything: The movie was a rushed production and it shows. You get the feeling that the studio financing the movie didn’t expect the fourth film to be the surprise hit it was and when it was, they made a mad dash to capitalize, greenlighting a follow-up with a rushed shooting schedule and a release date a mere year after the previous film. The movie was written and edited during the shoot, for crying out loud. It’s a wonder the film was released at all, but it was and it stank. Featuring a dull, boring plot that did nothing to stand out against the other slasher releases that year (namely Nightmare on Elm Street 5 and Friday the 13th part VIII). I suppose that’s another reason why no one cared: The genre was tired and needed its conventions reset (that wouldn’t happen for a few more years when Scream was released). Halloween 5 embodies all that was stale about slashers in the late-80s.

MOVIE RANKING – 2/10 – The only advantage over the previous is the fact that it was released with zero expectations. Good thing too. I expected nothing and I was still let down

MASK RANKING – 0/10 – The dirt worst. The big floppy neck, the weird pointy nose, the long hair. It wasn’t Shatner. It wasn’t even an attempt to be Shatner. It felt like a knockoff. 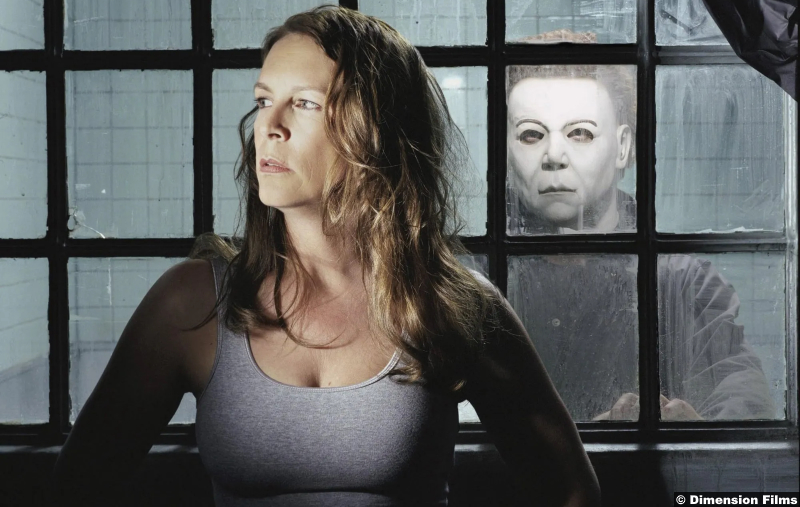 Resurrection is an interesting film to consider when viewing the whole Halloween franchise. Right now, with Halloween Ends, we’re getting a film marketed as the end of the franchise, despite the fact that there have been numerous movies with that exact same marketing gimmick attached to them. The 2018 film didn’t need a sequel but the franchise just wouldn’t die. The original movie didn’t need a sequel but there was too much potential not to revisit it. The 2002 Resurrection movie was billed as the end even though the previous entry (H20) had the same tone as the 2018 film, in that it could have easily been the film to end things. Like the villain himself, the Halloween series just keeps getting up when you think it’s dead. Resurrection is not a good movie. In fact, it’s an embarrassing one. The movie is set at the peak of the first generation of Reality TV (think early Survivor, Big Brother, etc). Watching Myers take out one vapid wannabe reality star after another is a good idea on paper (no, really) but every syllable of the screenplay is too terrible to enjoy.

MASK RANKING – 5/10 – In some shots it’s money, but usually it looks like a clown mask, with big bushy hair coming out the sides and the skin around the actor’s eyes too often way too visible (a big no-no in Michael Myers mask-wearing). 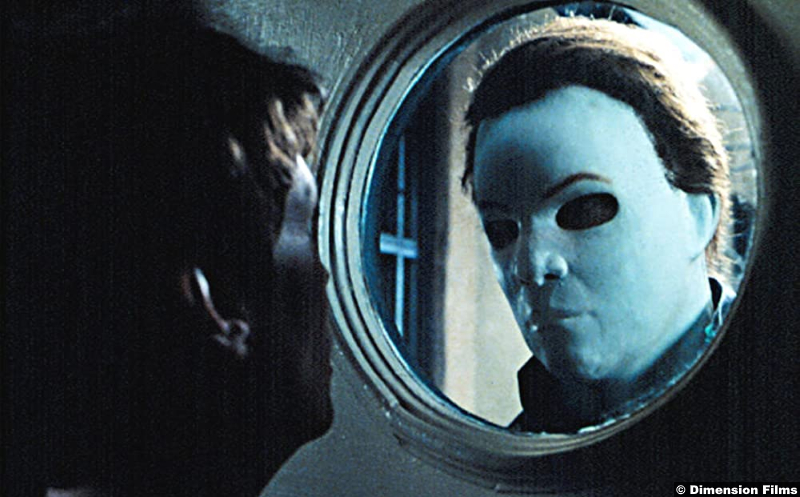 The best description I can give to H20 is that it is “aggressively okay.” This is the lesser version of Halloween 2018, in that it tries to provide a soft reset (it pretends everything from movies 3-6 did not happen), bring Laurie some thematic closure, and potentially put a bow on the whole franchise. It’s let down in ways the 2018 film is not, mostly because it was made in the late 90s so it has all the awkwardness and cringiness that comes with that era. The story is excellent, even though just about all of it is done better in the 2018 film. Where the film struggles is with its post-Scream-era insistence on meta humor (the movie was penned by Scream’s screenwriter). Just about every character other than Laurie is a chore to watch, but fortunately, the heroine herself is giving it her all. Say what you want about the franchise, but Jamie Lee Curtis has never not given 110% every time she had the opportunity.

MOVIE RANKING – 7/10 – An imperfect, but well-intentioned movie that almost soars in spite of itself.

MASK RANKING – 1/10 – Oh boy, there are a plethora of masks here and all of them are hilariously bad. At one point Busta Rhymes wears one. That’s a highlight. One point for that. 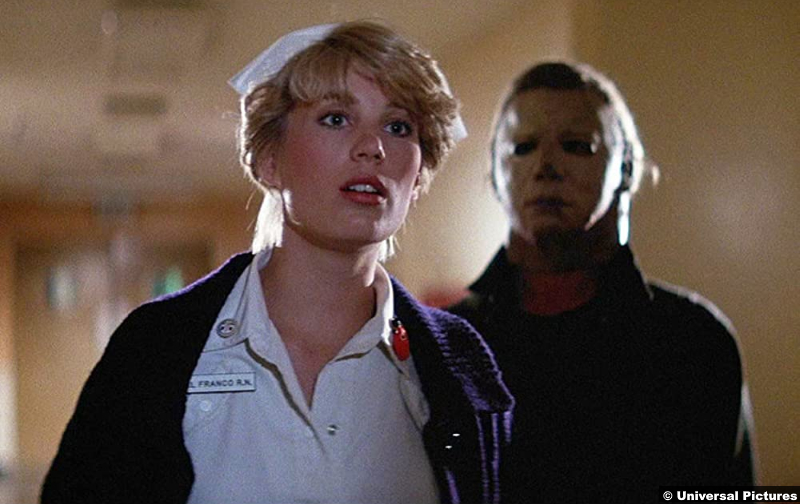 Despite how prevalent they are, it’s actually very hard to make a good horror movie sequel. The appeal of the original is in the suspense, the dread and the fear of the unknown that comes with a monster you don’t fully understand. By the time the movie is over, and the evil is, if not vanquished, then at least “survived,” the audience can breathe a sigh of relief, satisfied that they survived the ordeal. Rolling out a sequel feels ineffective; the audience is already conditioned not to worry as much. They survived the first one; what’s the big deal? Where do you take the story? If you stick too close to the original, you get sequels that are cheap imitations. If you stray too far, you get criticized for deviating too much. It’s terribly challenging to find the happy middle. Halloween II comes just about as close as you can. The movie balances the need for freshness and familiarity by ping-ponging back and forth between those two needs: Michael and Laurie are back, and Loomis is running between them. The setting this time, however, is a hospital. There. There’s your freshness. You can watch Halloween and Halloween II back to back and they flow one into the other like Back to the Future 1 and 2, albeit without as much cleverness. It’s solid, but a bit exhausting after so thrilling a first movie.

MOVIE RANKING – 7/10 – It’s just more of the same. It has new environments and characters but they don’t feel “new” so much as “additional.” The revelation that Laurie and Michael are siblings was shocking but contrived back then and it still is today.

MASK RANKING – 6/10 – It’s the same mask as used in the first movie but with two major flaws: The first is the minor degradation in the quality of the material due to a few years passing between productions (and very little care given to preserving it in the meantime). More importantly, is the fact that a different actor was underneath the mask, and his face just did not fit well into it, making him look like a stretchier, fatter William Shatner. I prefer my Michael Myers to look like Star Trek TOS Season 2 Shatner, not Star Trek Generations Shatner.

HALLOWEEN 4: THE RETURN OF MICHAEL MYERS 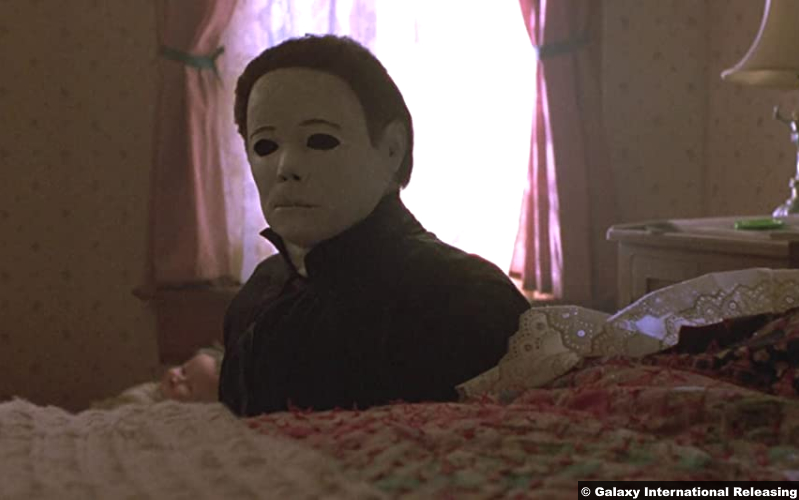 The film preceding this was an attempt to spin the franchise off into something more versatile, an anthology of horror stories that could introduce new plots, characters and settings, presumably with a new film release every October. It’s an idea studios have tried multiple times over the years but it never catches on; people associate a name with a character and Halloween without Michael Myers just didn’t work as a Halloween movie. So, six years later, they rebooted, bringing the mask-wearing spook back for another go-round. The result was a major success, pivoting the danger away from Laurie to her niece but bringing the meat and potatoes of the franchise back before the formula turned stale (one movie later). In a lot of ways, the movie is a soft reboot of the original, following the structure of the 1978 film in close detail. It’s not very fresh, but it ain’t bad, either.

MOVIE RANKING – 8/10 – It pales in comparison to Halloween 1978 but on its own merits it’s scary in a fun way, and features more than a couple of genuinely clever scenes of fright and suspense.

MASK RANKING – 6/10 – There have been worse masks but this one is sort of infamous in how it was almost good. It was a Shatner mask whose flesh colors were painted white with so many layers, a lot of the details were lost. Also, the hair had to be spray painted from blonde to black, giving it an odd look in certain lighting.

HALLOWEEN III: SEASON OF THE WITCH 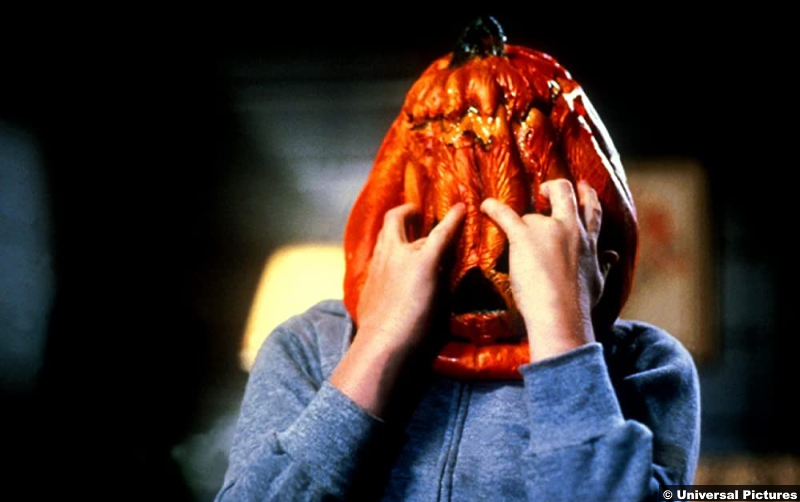 The infamous Halloween III is, in some ways, the worst of the franchise, and the best sequel of the bunch. Its greatest benefit was also the biggest source of its failure upon release in 1982. The movie pivoted from Michael Myers, knife slashing, and scared girls to bizarre, Twilight Zone-inspired fantasy/horror tropes. Had this been called anything other than Halloween…well, it probably never would have been made, but if something like Netflix was around back then, it would have been released there and it would have earned a cult following.

MOVIE RANKING – 8/10 – A very fun, hokey horror movie. Forget the title and it’s easy to enjoy for what it is.

So there you have it, every “other” Halloween movie, only a few of which are worth revisiting. Which franchise timeline do you prefer?

This sucker is more convoluted than the Legend of Zelda!

Let us know your thoughts in the comments below.