The Halloween franchise has been teasing us with the prospect of killing off Michael Myers for 20+ years and yet they keep resurrecting him. Eventually, we’re going to stop falling for it but then again, we haven’t yet. This time we are triple-stamp pinky swear promised that this is the end. It’s in the marketing. It’s in the title. It’s all anyone can talk about. Now that it’s here, is this really the end? More importantly, is the actual movie any good?

In hindsight, it’s a 4/10 movie. The genuinely good parts are few and far between, the rest is a helter-skelter mix of legitimately terrible and “so bad it’s good” corny schlock. The trouble with “Kills” is that its tone was all over the place. It wanted to be serious but its acting and the way it handled its story kept being unintentionally funny, ruining whatever it was trying to be. Now comes the third and final (?) installment in this trilogy. Does it redeem the series? Does it return to the quality of the first film or does it falter like the second? How was it?

It was just alright. 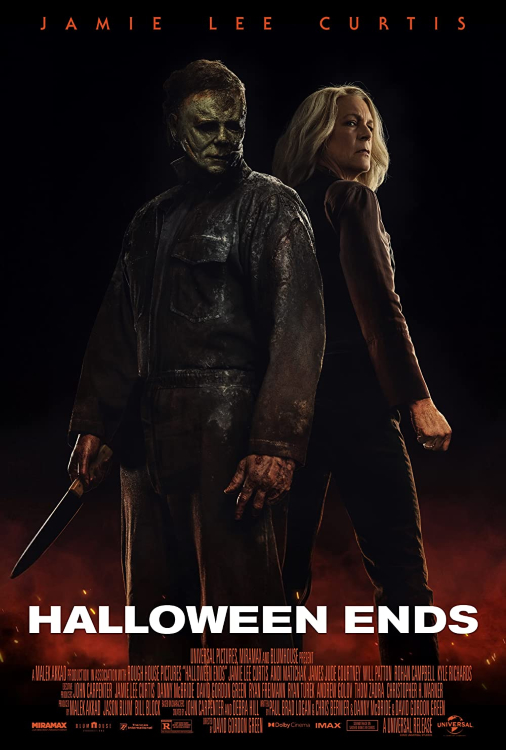 Now that I’ve seen the whole trilogy it confirms my suspicion that the second movie was only made in order for there to be a trilogy. There are few things Hollywood hates more than duologies. If a movie’s good enough for a sequel, it’s good enough for two. There’s something about the word “trilogy” that just brings dollar signs to the eyes of movie execs. Halloween (2018) did not need a sequel. Then again, neither did the original. Still, the 2018 movie was a big enough success that a follow-up was guaranteed. When it arrived, it was painfully clear everyone involved was just streeeeeeetching the story as much as they could to get us to the actual tale they wanted to tell. This movie, Halloween Ends, is that tale. Everything has been building up to this movie.

So it was with great frustration that I watched the first two acts make all the same mistakes as the previous movie, with one notable exception. The second film had no plot. This one had a pretty great one: Focusing on what makes someone turn into a Michael Myers-like killer is an interesting idea. The movie did a much better job with it here than it did in the last one, which tried to show how the Myers hysteria turned the whole town into its own brand of monsters. The story at the heart of this film is character-focused, showing how an unhinged town can turn one young man into a monster. 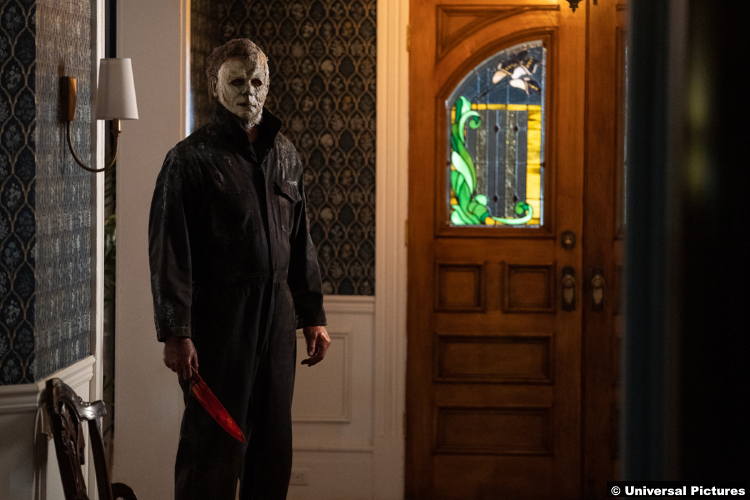 On the other hand, there’s the actual nuts and bolts execution of that plot. It’s here where the movie slips into Halloween Ends territory. The movie didn’t know what it wanted to be: At times it felt like a throwback to 80s slashers, with preppy high school bullies (hilariously, not jocks but band members), young people dating and complaining about their angst-filled lives, and kill scenes that were almost hilariously over the top, with what looked like practical effects employed to really give every exploding head an authentic touch.

My problem with it is in the way the tone and the tempo of the movie are frustratingly drab and slow. The film doesn’t want to have fun because the story at the heart of it is not fun, but it also tries to have a little fun whenever there’s a murder, which only causes more whiplash because the murders are these mini-climaxes to the story being told: We’ve got a tale of a troubled young man giving into the monster persona the town has slapped onto him for years, but every time he gives in and kills someone, the deaths are filmed like they’re ripped out of a cheesy late-80s Nightmare on Elm Street sequel.

Pick a lane is all I’m saying. 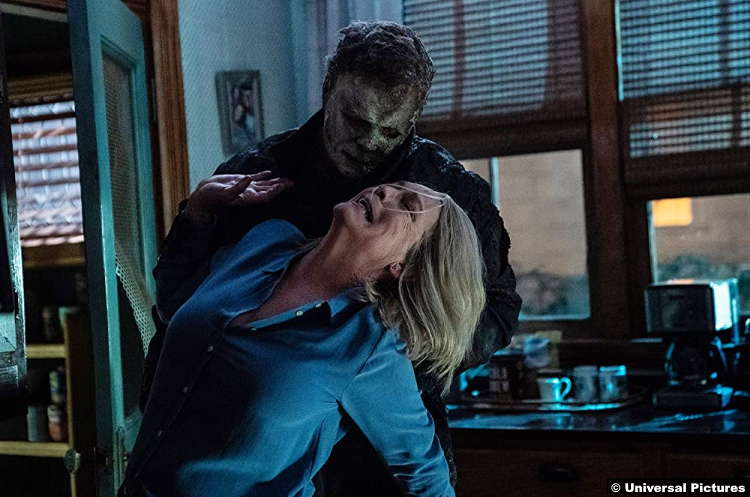 That’s it for the first two acts. By the time we get to the actual climax, with Laurie facing off against the mask-wearing fiend(s), things shine, since it’s only here where Jamie Lee Curtis is given the spotlight. She’s always been the best of this franchise and it was nice to see her presumed final face-off with her boogeyman be given the right balance of pathos, suspense, action, and satisfaction. The movie promised a “kill.” Scratch that: The movie all but promised Michael Myers himself would be killed. It’s hardly a spoiler to say the movie ends with the belief that the boogeyman is dead, but it also goes out of its way—in fact it spends almost its entire runtime—to hammer home the point that Michael Myers is just a man. He’s an evil man, yes, but he’s just a man. Men are everywhere. Unfortunately, so too is evil, which means evil men are everywhere.

Michael Myers may or not be killed in this movie, but either way, others with the capacity to carry on in his footsteps will always be around.

That doesn’t mean we need another sequel, though.

7/10 – This time I mean it. Halloween Kills is not quite as satisfying as the 2018 film, but it has much more to say than the middling middle story in this trilogy.

May the franchise now, finally, rest in peace.