In January, we kicked off the series by looking back at Robocop, one of the weirdest, wildest, most audacious action films of the 1980s. In February, we looked at what might just be “the perfect movie,” The Princess Bride. After that, we celebrated the truncated Timothy Dalton era of Bond movies by looking back on the underrated 007 film, The Living Daylights. Next came Full Metal Jacket which, in my estimation, is Kubrick’s greatest work (and there’s stiff competition between his movies).

From the horrors of war, we shift gears to a different kind of terror… 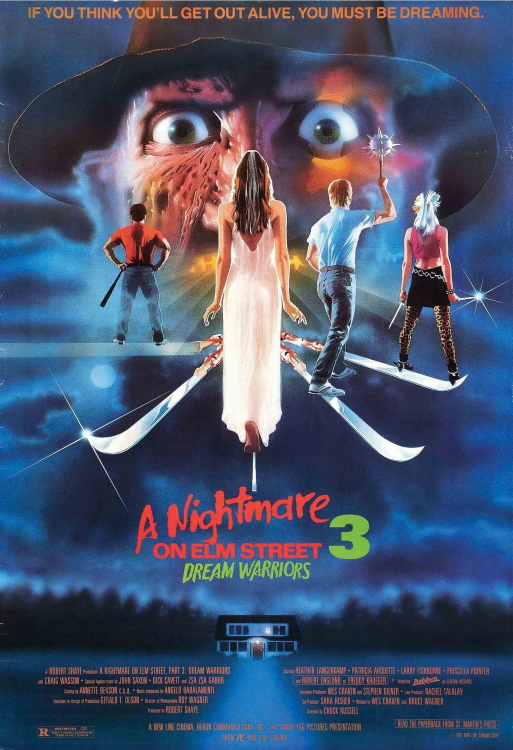 They don’t make horror movies like they used to.

Don’t get me wrong, horror movies are plenteous today and, by and large, are of a higher quality than what the 1980s served up. The directors are better, the visuals are better, and while the acting isn’t always better, there are more hits than misses than there used to be. But, while there are still a few films and franchises that offer bizarre premises, creative ideas, or even the occasional “how did they even come up with that?!” concepts, none have the odd mix of “clever idea” and “so stupid it’s good” execution like horror franchises from the 80s and early 90s. I’m talking Friday the 13th, Halloween, Hellraiser, Child’s Play, and the franchise of consideration here: A Nightmare on Elm Street.

What I love the most about those old horror franchises, especially the slashers, is the depth put into the backstory of the villain. There is more creativity and thought put into the lore of these movies than there is anywhere in the films themselves. Of them, only Halloween (which technically began in the late 70s but really grew into a paint-by-numbers slasher franchise in the 80s) spends a good chunk of its film-time on the “why” of the enemy. Most others condense the backstory to a single exposition scene in the first (and almost always best) movie, and rarely at all bring it up again in subsequent outings.

Of those, the lore of A Nightmare on Elm Street has always fascinated me the most. The villain was once a child-murdering serial killer that was finally captured but was acquitted on a technicality (a detail that the movie wisely breezes by because you can hear the credulity being stretched thin), prompting a mob of street justice to form. The headhunting parents find him and kill him by burning him alive. After dying, the killer—Freddie Kruger—returns as a ghost that haunts young people in their dreams. Those he kills in a dream stay dead in the real world. 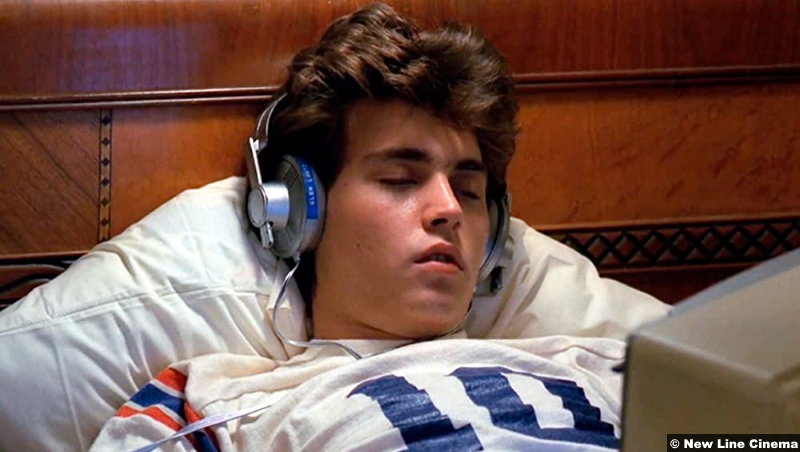 As with almost every single movie ever made in the slasher genre, the first one is not only the best, it’s the only one that is the “essential viewing” of the bunch. I might offer an exception to the sublime “New Nightmare” film by series creator Wes Craven, as he blends reality and fiction in a way no mainstream film has ever tried before. If I had to pick a third movie in the franchise to watch—one which stretched across six main entries, plus a metafilm, a versus movie, and a reboot—it would be the third film in the series. Of the six in the original canon of stories, only the first and third offer enough creativity, genuine scares, and a degree of seriousness needed to bother with. The rest are too hackneyed, too silly, too dumb, and too crass. The first one stands above the fray, but the third one arguably perfected the formula.

To start with, the film, Dream Warriors, wisely brought back the heroine of the original picture. Nancy Thompson (played by Heathen Langenkamp) had the potential to be the next Laurie Stroud but the creatives and producers in charge of the franchise kept writing her out of the movies. And yet, every time she appears, she shows just how ably she can straddle the line between “scared and running for her life” and “serious and fighting for her life.” She’s already played the helpless girl in movie one; now she returns to be the mentor to a new group of kids, teaching them how to fight off the spirit of Kruger just as she did. 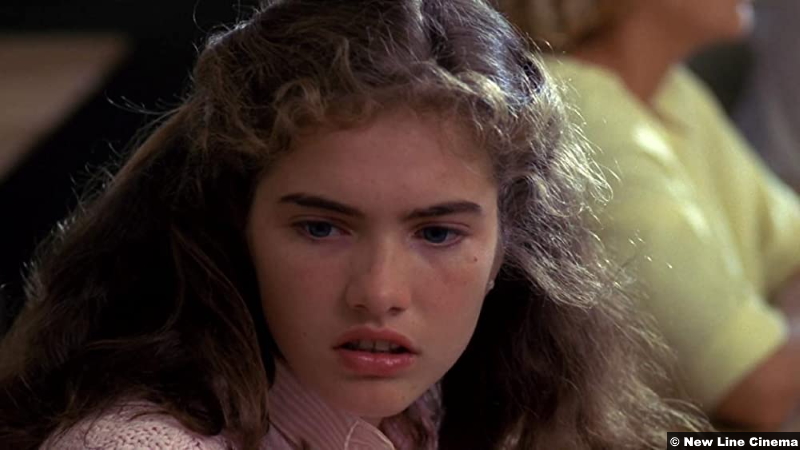 As great as Langenkamp is, however, no one is paying money to watch Nancy Thompson. The star of the show here is Freddie and it’s Robert Englund who carries the picture. In the first movie (and, to a lesser extent, the second), he was played more as a straight horror villain. Later movies would completely strip away all trace of dread in his character, replacing him with a wisecracking, punch-line spewing proto-edgelord. Here, in part three, there is a perfect balance. Freddie has more than his fair share of one-liners, but when he wants to stalk and kill, he can remind an audience why a whole generation of 80s kids were afraid to sleep at night. That said, the thing that sets the third film apart is how it takes the tropes of the first movie (kids being terrorized until one of them fights back) and turns it almost into a superhero story, where kids being terrorized are trained and taught how to, collectively, fight back. It adds a new wrinkle to the original story, allowing it to stand on its own and not feel like a retread of the first plot. And even though it ends with the potential for more (and, sure enough, more would follow, with diminishing returns), the story that’s told here wraps up neatly enough that you can almost view part three as the proper end to the story of Freddie vs Nancy (with “New Nightmare” serving as a coda to the two-parter). 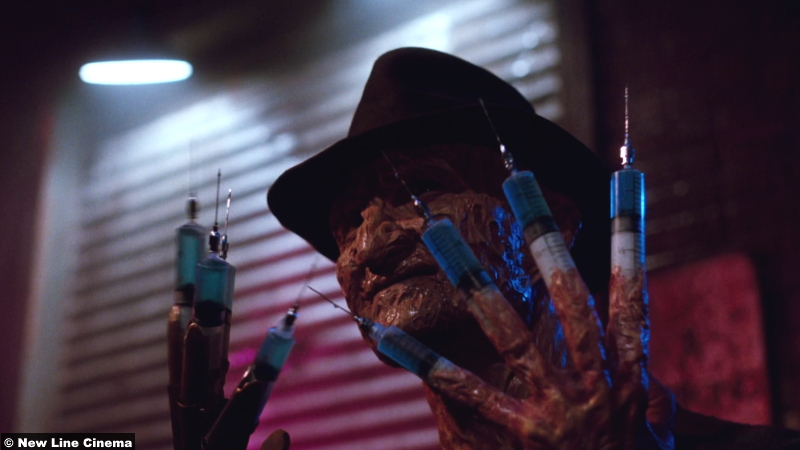 Horror sequels are notoriously bad. Taking an idea that really only works effectively the first time you watch and “doing more of it” is hardly a winning formula, A Nightmare on Elm Street 3 managed to be one of the rare bird horror sequels that worked as effectively as the original, by expanding the mythology, doubling-down on what worked, ditching what wasn’t needed to further movies, and taking the chance to try new risks. The result is one of the best horror movies of its era, and a great slasher of yesteryear that is still awesome thirty-five years later.