Four thousand years ago, when the original Blair Witch roared into theaters, much was made of the internet’s assistance in its success. It was the first movie to go viral, even though that wasn’t really a thing people said then. I remember seeing stories about it online, and maybe waiting a month for the website to load, but the majority of talk I heard took place in the real world, in places like video stores. So when I saw the movie, it was with no real conception of what would happen. And that final shot hit like a hammer. 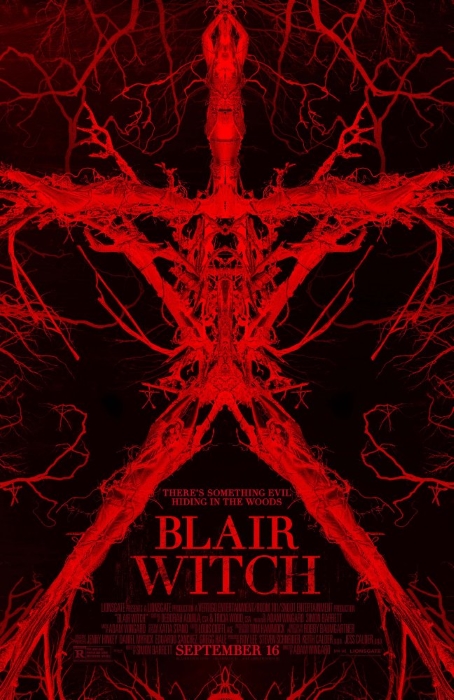 In remembering the experience afterward when we left the theater and drove home, I’m reminded of a quote from Chris Cleave’s Little Bee.

“In your country, if you are not scared enough already, you can go to watch a horror film. Afterward you can go out of the cinema into the night and for a little while there is horror in everything. Perhaps there are murderers lying in wait for you at home. You think this because there is a light on in your house that you are certain you did not leave on. And when you remove your makeup in the mirror last thing, you see a strange look in your own eyes. It is not you. For one hour you are haunted, and you do not trust anybody, and then the feeling fades away. Horror in your country is something you take a dose of to remind yourself that you are not suffering from it.”

In the United States, we’d just about finished the decade and we didn’t know how good we had it. We didn’t know that a scant two years from then, on an idle Tuesday, horror would come home. This is the world in which the new Blair Witch finds us, seventeen years later and in the next century. We’ve been at war so long that it seems Orwellian. The hand-wringing they used to do over the TV coverage of Vietnam seems quaint now, when we can watch beheadings on the internet.

You could see the frustration, fear, anger, and the jadedness of the aughts bear itself out in many of the horror movies of the time. It is, after all, the decade in which the phrase “torture porn” was coined. Horror was relentless, brutal, and gory, much like the zombie stories that exploded in popularity. I took my mother to see Rob Zombie’s Halloween. She loves the original. Halfway into the new movie, I saw her cringe and realized: Oh, yeah. She doesn’t know what horror movies are like now. (I thought I did, until the end of the decade when I saw A Serbian Film. There has never been a finer review of that movie than Bloody Disgusting’s line, “You don’t want to see Serbian Film. You just think you do.” A part of my soul is gone forever now.)

And now we’re here, halfway through the teens, when horror has finally quieted down. There’s still blood and guts aplenty, but generally, the best horror films today are more subtle. The resurgence of thrillers may have something to do with that. One of the recent best in that genre is The Guest, written by Simon Barrett and directed by Adam Wingard. They also collaborated on horror flick You’re Next, a fun take on the home invasion trope. So when a mysterious little movie called The Woods turned out to be Barrett and Wingard’s Blair Witch update, it seemed promising, even though the phrase “found footage” makes my eye twitch now. 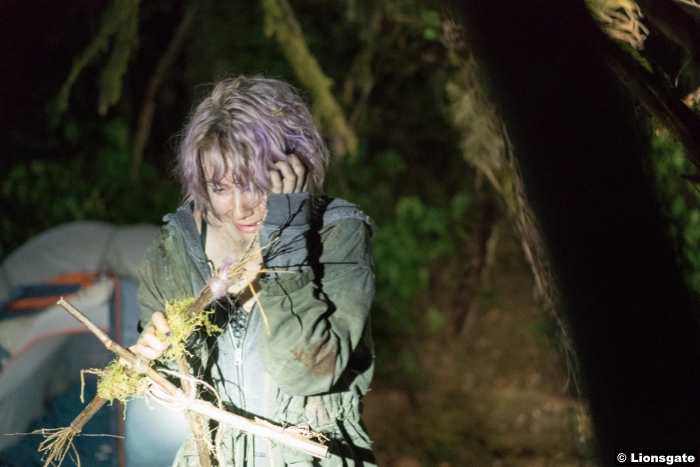 I shouldn’t have bothered. I once said The Hangover 2 was like they xeroxed the first movie and stapled it to Thailand. Let me xerox that comment and staple it to this review. Have you actually seen The Blair Witch Project? Great! You’ve seen this one, too. But if you insist:

James (James Allen McCune) and a group of friends venture into the Maryland woods in search of clues to the disappearance of James’s sister, Heather. This is, of course, the Heather from the original film, whose closeup scene became iconic. He’s inspired in his quest by a recently uploaded video that he believes shows her recently alive. His group of friends includes a film student, Lisa (Callie Hernandez), who wants to make a documentary about the whole thing. James’s group meets up with Lane and Talia, the locals who uploaded the video from a tape they found in the woods, and they all go in together. 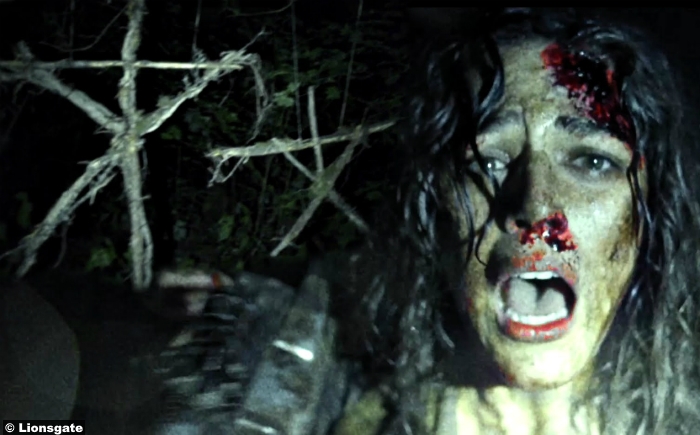 And then they all fall apart. There are some new elements, like a drone-mounted camera and GPS, and the movie seems to make a long-debated fan theory canon, but largely, what follows is nothing you haven’t seen before: running through the woods, screaming in the woods, screaming at the woods. And it all ends up in a familiar little house.  I bet you’ll never guess how it ends.

Why, then, are we here? Is it a meta comment on that fan theory? One of my movie pet peeves are films seemingly made with  no concept of the actual audience–movies that are made without anyone asking beforehand: Who is this for? (See the recent Ben-Hur for an example.) This new Blair Witch is another one for the pile. It’s louder and larger than the original and if you haven’t seen the original, it may have its charms. But for the rest of us, who did see the first one, it’s the same old song. It’s just not the same world anymore.