Your Halloween Watchlist for 2021 is here!

Every year around this time TV-watchers snuggle up to blankets, hot chocolate, individually wrapped candies, and scary movie after scary movie. Now, granted, some people don’t need a scary movie to snuggle up under a blanket with hot cocoa. Some people just hate scary movies, and that’s fine. Not everyone likes being scared. Me, personally, I think any work of fiction that elicits an emotion, is doing its job. I’ve loved scary movies since I was a kid, and I encourage my kids to watch them too, even after they get nightmares.

Because nightmares are good!

Kids today are too sheltered from frights and scares and things that could give them nightmares, but I’ve long believed that scary movies and shows (age-appropriate of course) are good for kids; it builds character and helps to develop personality traits that will aid them socially in later years.

Everyone has their favorites, their go-to’s, their must-watch “Halloween” shows/movies/specials. But if you are one of the unlucky few who never got into this wonderful holiday, let me share some of my top picks for the ultimate Halloween viewing experience.

If you want to catch up with previous articles in this series, you can find them here…

Your official Halloween watch-list for 2020!

Halloween falls on a Sunday this year, which I suppose is fitting considering the whole “All Hallows Eve” thing. What started out as merely “the night before a holiday to remember the dead” has become a chance to dress up, eat candy, scare people without consequence, and watch horror movies.

Speaking of, we have a trio of movies for your consideration this scary season. These movies were hardly big hits when they released in 2006, 2018, and 2019 respectively, but that just means you probably have never heard of them, and that’s a good thing. There’s nothing quite like watching a horror movie you know nothing about, and after seeing it, there’s no way to recapture that experience. More than any other genre, horror films rely on your fear of the unknown. What’s around that corner? What was that noise? Who knows the secret? What is going on? Those questions are answered as the movie progresses, making the second watch (with a few notable exceptions) usually a more dull affair. So take these three lesser-known horror movies to heart and give them a watch this month as you get ready for fright night… 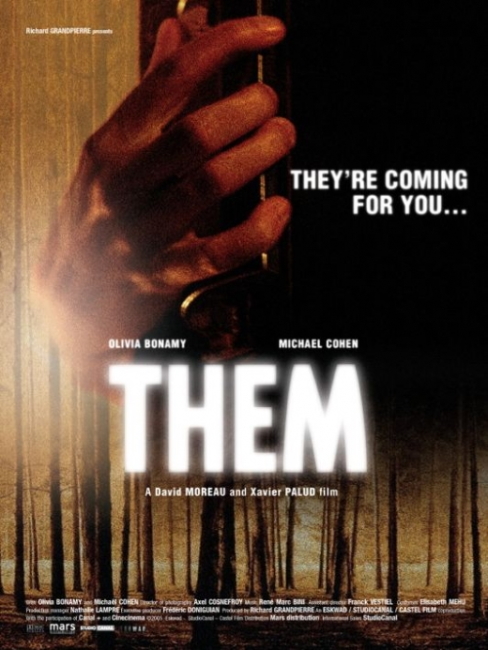 Released in France as “Ils,” (which is translated as “they” and not “eux,” which is “them,” but I only took like three months of French on Duolingo so what do I know), this 2006 horror movie has one big plus in its column: It is the most non-stop, race to the finish, don’t let up, crank up the tension and scares ten degrees every ten minutes until you’re boiling, horror movie I’ve ever watched. The premise is simple and, on paper, horribly cliche: It’s a home-invasion movie. You’ve seen them a thousand times. Hush did it with a deaf person, Don’t Breathe did it with a blind guy, You’re Next had teleporting goons, Halloween basically pioneered the sub-genre with its third act; home invasion horror films offer the easiest setting for a low-effort horror movie and the bad ones all suffer from the same problem: They’re not realistic. The victims in these movies always make stupid decisions. The villains in these movies always attack in “ten minute on” / “ten minute off” waves. Not in this movie. I won’t spoil the ending other than to say it was kind of a letdown, but everything leading up to it was realistic, raw, and pulse-pounding.

Is it the scariest? No. Is it the cleverest? No. Is the finish particularly satisfying? No. Is it well written? No…but it also has less than ten pages of dialogue, which makes it perfect if you’re the kind of person who struggles with subtitle-heavy foreign films (you’re missing out, but you do you): This movie is a scant 75 minutes long and wastes no time getting to the action. The “horror” starts roughly twenty minutes into the film and once it does it does not stop to catch its breath until the credits roll 55 minutes later. Highly recommended. 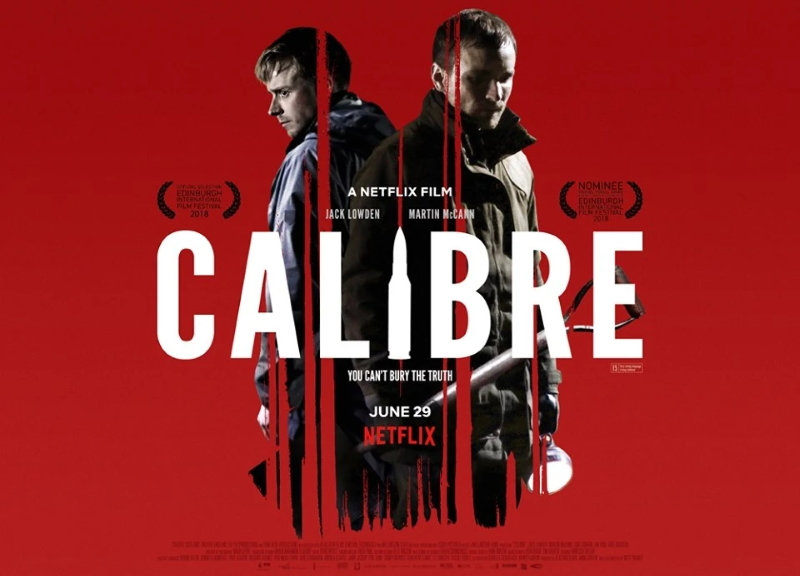 A Netflix exclusive, Calibre is a horror/thriller written and directed by UK filmmaker Matt Palmer. It’s his first feature-length movie and it’s a dandy. Set in the Scottish Highlands, a pair of friends go hunting for deer only accidentally to cause a tragedy. Things get even worse for them, as you might expect, when they try to cover up the crime, leading to an hour’s worth of suspense and tension and stomach-twisting drama running through it all.

This movie is hardly a horror in the traditional sense; there’s no supernatural element, no outlandish premise, no cliché-ridden sequences that force characters to make stupid decisions to keep the tension high. The tension is high not because you can’t predict what’s coming next, but precisely because you can predict what will happen, and you’re left with a feeling of dread as it all unfolds before your eyes. The terrible choices made that kick-off the middle of the movie are, again, terrible, and you will silently beg the character(s) to stop and think and make better choices, but at the same time you’ll understand why weak and cowardly people might do exactly what is done here. It’s the worst kind of horror (and I mean that in the best way) in that it presents realistic people making realistic choices and suffering the consequences for it. Calibre is not a movie you will particularly enjoy, but it’s one you’re likely to appreciate in a morbid and gruesome kind of way. 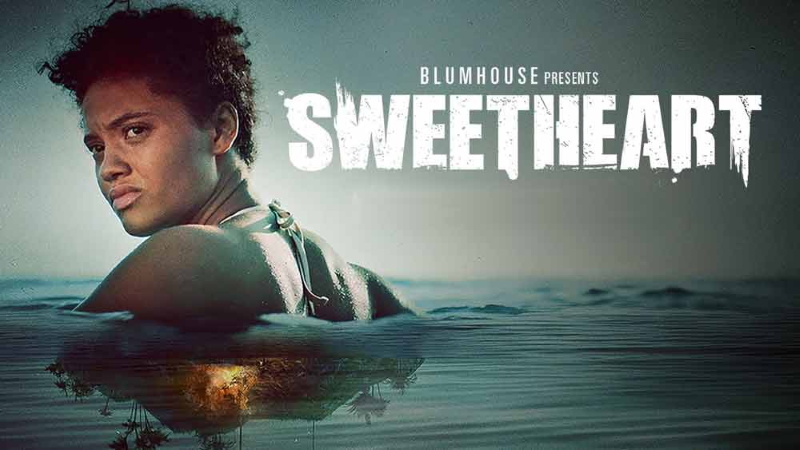 Whereas the first two movies in this mini-list are mostly grounded in their horror, Sweetheart leans a little on the supernatural. Fortunately, this low-budget horror/survival movie from up and coming filmmaker JD Dillard doesn’t rely on its CGI monster so much as it does the concept of surviving in general. Of the three, this is the most barebones film in terms of plot, but that’s no detriment. The movie begins with the lead character washing onto the shore of a small island after the cruiseship she was on crashed or sank or something; the movie doesn’t dwell on it. The point is she’s alone and in need of surviving. She needs food, shelter, warmth, and a means to signal for help should a rescue plane ever fly overhead. One by one she conquers her challenges but only then does she realize she’s not alone.

In one of the most beautiful and effective “gasp/horror” moments I’ve ever seen on film, the lead character fires a flare into the night sky, hoping to draw the eye of a passing plane. Instead, as the red glow from the flare descends into the depths of the ocean, our heroine witnesses a monster rise out of the water near her location in search of food. A cat and mouse game follows for the next several nights. Things are thrown for a loop when the most cliche’d couple of uppity white people wash up and refuse to believe her admittedly outlandish tale. I’m not complaining either; it works in the context of the movie: What starts out as a film about survival and personal achievement finds itself layered in the subtext with the issue of race, prejudice and tone-deafness to the needs of others. Sweetheart is a simple movie, but it’s effectively done and manages to balance traditional thrills and scares with more than a little subtext to dig into, as well.

Those are my three (underrated) horror movies for you to watch this Halloween season.

Have you got a movie you’re planning to see this year? Let us know in the comments below!