REVIEW: Ghostbusters: Afterlife and the acceptable use of nostalgia

There has been a strong debate online in the months (years) leading up to the release of Ghostbusters: Afterlife. It shouldn’t be a surprise, I guess, considering how vitriolic the attacks were against the 2016 Ghostbusters reboot attempt. The arguments are different however, and that, in part, is a source of consternation for some. The 2016 movie was excoriated from the moment the film was announced. Its first trailer was, for a long while, the most downvoted video in YouTube history. When the movie came out, critics were mixed, with a lean towards liking it, while audience scores were in the toilet. Naturally, the fact that the stars of the vehicle were entirely female made for more than a little toxicity in an already toxic place (the internet).

In the runup to this film, however, the complaints have been much more subdued, much more traditional, and much less toxic. As you can imagine, the contrast in reception (especially the intensity of the reception) created a ton of angst from supporters of the 2016 movie. It’s easy to cast a blanket over it all and say “the 2016 movie was only hated because people are sexist and the lukewarm-at-worst reception to the 2021 movie and its non-all-female cast is proof!” It’s easy but not fair. Of course, there’s no doubt a segment of the 2016 film’s haters only attacked the film because they hate women, or find women inherently unfunny, or think women should only be seen barefoot and pregnant in the kitchen and not off chasing ghosts (“chasing ghosts is man’s work!”).  I’m certain that segment of trolls exists. I’m also certain a lot of people didn’t like that movie because it wasn’t very funny, wasn’t very scary, and wasn’t very much of anything.

There have been a lot of 80s franchises to go through the reboot machine over the past decade or so, and whenever there are attempts to completely wipe the old canon away and create something totally new with the same IP, fans usually balk and gripe and complain. Why? Because those same fans grew up with that IP, whatever it is. It’s easy to be detached from it all and say “it’s just a silly kids show” or “it was just a silly kid’s movie” but when you were that kid, and when you are that adult who used to be that kid, it’s not “just” anything. It’s something.

It’s a little piece of your childhood.

Whenever I read about Robert Zemeckis insisting he will never allow Universal to redo Back to the Future I nod approvingly, but also know, one day, Robert Zemeckis will be in the ground and Universal will cut a check to whoever is necessary to get a Back to the Future reboot off the ground. And I will be on the sideline, hating it. The things we watched and loved as children attach themselves to us like symbiotes. You kill it and you kill a little bit of the host, too.

The 2016 movie was hated upon announcement precisely because it loudly and proudly promised to forget all about the original movie(s) and go its own way, doing its own thing with the gimmicks and gadgets that many people grew up pretending to play with in their backyards, or dressed up like for Halloween. There’s an entire generation that pointed at the screen at the kids from Stranger Things when they were dressed up like the Ghostbusters and said “that was me!”

This takes us to Ghostbusters: Afterlife…not the movie, but the trailer; specifically, this trailer…

If that trailer feels familiar, it should. It’s basically the Ghostbusters: Afterlife equivalent of the Force Awakens teaser trailer. You know the one: It ended with Han saying “Chewie, we’re home.” The Ghostbusters version was criticized online with a complaint that has persisted through its many theatrical delays and up to its release. The complaint is simply this:

It’s so serious! Why are they making Ghostbusters into something so dramatic!

This, however, is the best thing about the trailer, as well as the best thing about the movie itself. I wouldn’t say it is “dramatic,” though that’s probably a word for lack of a better. Maybe we might say “serious” or  just “lacking in irreverence.” Truth be told, the original Ghostbusters was not a movie that, in any way, deserved to be treated like some piece of high art. It was a movie about schlubby ghost exterminators trying to make a buck in 1980s New York City. It was funny how unseriously it took itself. It made fun of every aspect of its premise, every step of the way, invited the audience to laugh with them and created a contagious feel-good atmosphere that makes it stand the test of time nearly four decades later. So why then does the trailer seem so…grandiose? Why does the movie, from its opening sequence, lean so heavily on stirring up “epic” feelings the original never cared to? The answer is simple:

To understand what this movie is trying to tap into, which the 2016 movie tried to avoid, consider this scene from the amazing first season finale of Mad Men:

Nostalgia carries with it a twinge of sadness, even over happy memories, and if you pull it off, the result is something that resonates far greater than any reboot or remake could ever imagine. People who are in their late-30s or early-40s were kids when they watched Ghostbusters. Maybe they watched it with their dad in theaters for their birthday. Or maybe their mom let them check it out from the video store and watched it with them while eating buttered popcorn on the couch. Maybe it was a “scary” movie you and your older brother watched on a Saturday night after your parents went to bed.

Ghostbusters isn’t Ghostbusters anymore. In 1984 it was just a movie. It was a great movie, and it’s still a great movie. It holds up remarkably well. But it’s more than that, now. Today, Ghostbusters is, for a huge movie-going/ticket-buying demographic, a reminder of childhood. Tapping into that is, in the words of Don Draper, very “potent,” so naturally—I might even say “necessarily”—there’s a whiff of poignancy to the trailer, sprinkled amidst the fun.

The thing about Ghostbusters is, the movie was never great because of the ghost busting. It was the cast, their chemistry, and the lightning in a bottle mood they created that made the movie a success. You can’t recreate that. The 2016 movie tried and it failed because that was all it tried to do; it ran away from the nostalgia of the original and tried to recreate the nuts and bolts that never mattered in the first place. All they accomplished was to bore the ones who never cared and anger the ones who always will. This movie leans into the history, the memories, the (dare I say) “mythology” of the franchise, and creates something nostalgic. 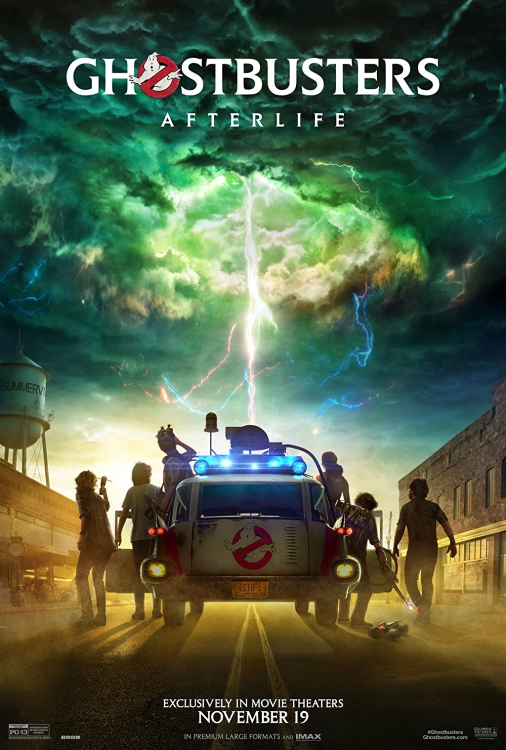 Ghostbusters: Afterlife is not a lightning in a bottle movie like the original, but it is a movie that cares about the original and the children who grew up with it. For that reason—and for the fact that it is mildly funny, charming, whimsical, and scary on a juvenile level—it’s hard to go into it with a negative bias. There’s simply too much nostalgia packed into every moment. My bias was set to positive and the movie delivered the goods. 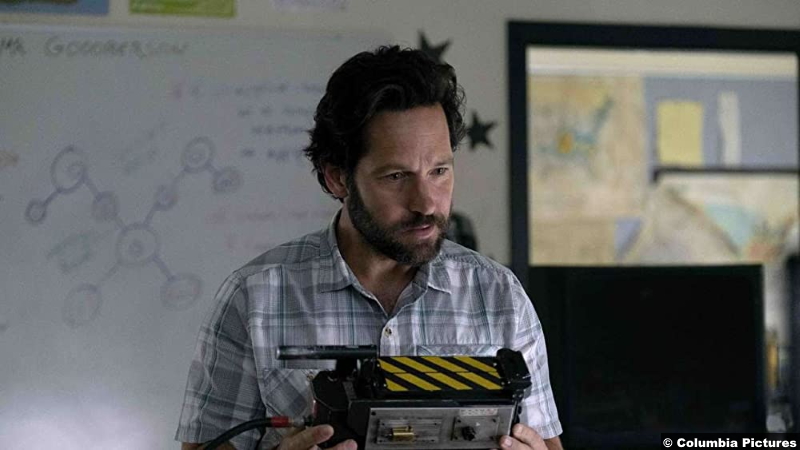 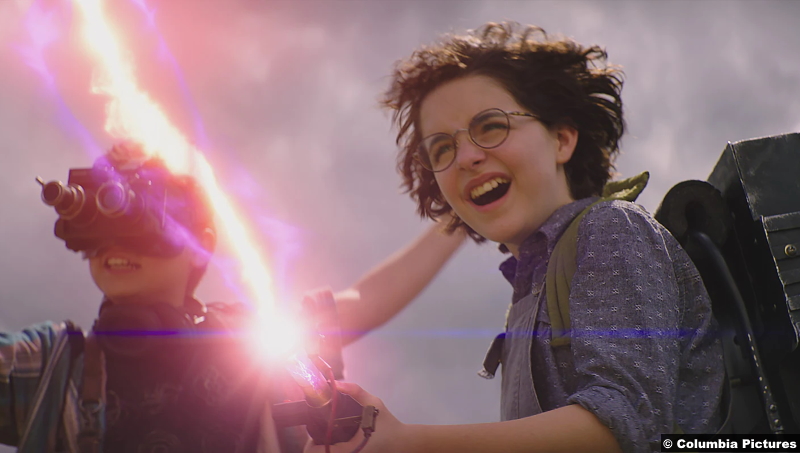 Did you want a proper review of the movie? Do you really need one? Fans who are nostalgic for the original will enjoy it because it’s been specially formulated to appeal to that genre. Those who care nothing about it will likely not find much to love here; in that respect, it’s only a serviceable family sci-fi/comedy. But who falls into that category that’s choosing to watch this? If you’re going to see it, chances are you love the Ghostbusters. If so, you’ll probably really like this movie, if for no other reason than the fact that this movie loves the Ghostbusters too.

8/10 – Ghostbusters Afterlife is a fun, nostalgia-laced time that fans of the classic will enjoy. 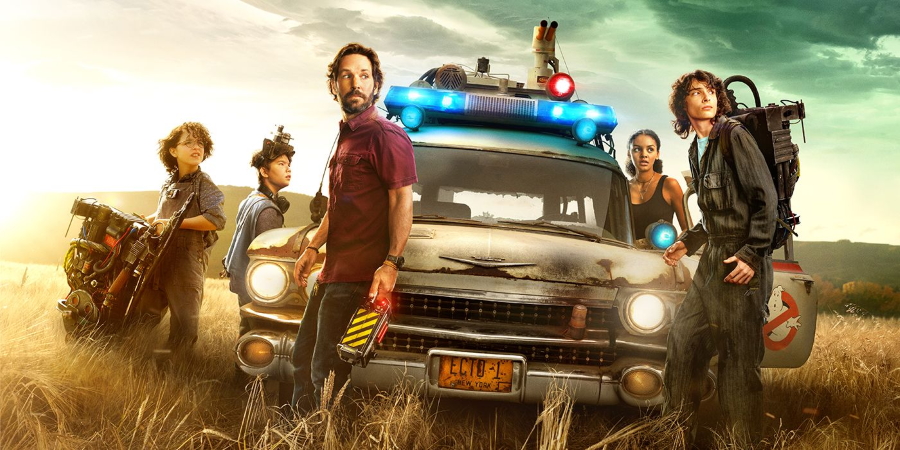