WARNING:
MAJOR SPOILERS FOR STRANGERS THINGS ARE HERE,
INCLUDING DISCUSSION OF THE MOST RECENT SEASON 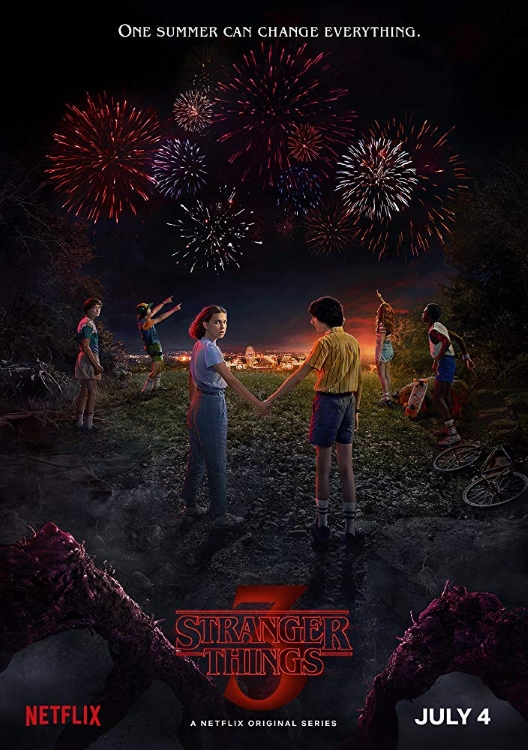 After a too-long hiatus, Stranger Things is back with a spectacular third season. Salome’s full review can be read HERE. Now, let’s commence the WILD SPECULATION about what comes next. After all, if you’re a Stranger Things fan, odds are you binge-watched the whole season already. I was planning on taking two days to get through it but….I’m not proud of it, but I watched all eight episodes in one sitting.

As you know the season was a monumental one for the characters, with some deaths on the one hand, and some separations on the other. It has more of a cliff-hanger ending than even season one offered, meaning the wait for season four is likely to be unbearable. 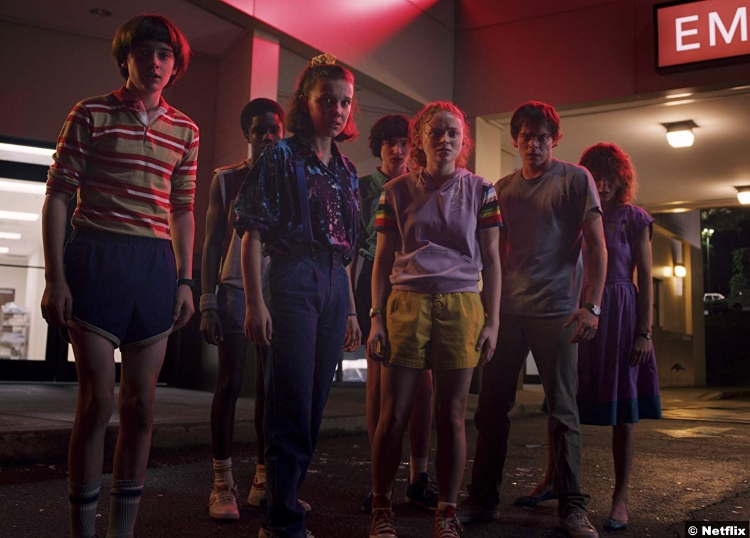 So what can we expect? First of all, let’s answer these three important questions first:

WILL THERE EVEN BE A FOURTH SEASON?

Yes. Netflix hasn’t outright confirmed it but the Duffer bros. (creators and primary writers/directors) and Shaun Levy (producer/director) have both stated confidence in a fourth season and planned the writing of season 3 around it. The show is one of Netflix’s most popular so it’s only a matter of time before the Network announces the next installment is coming. 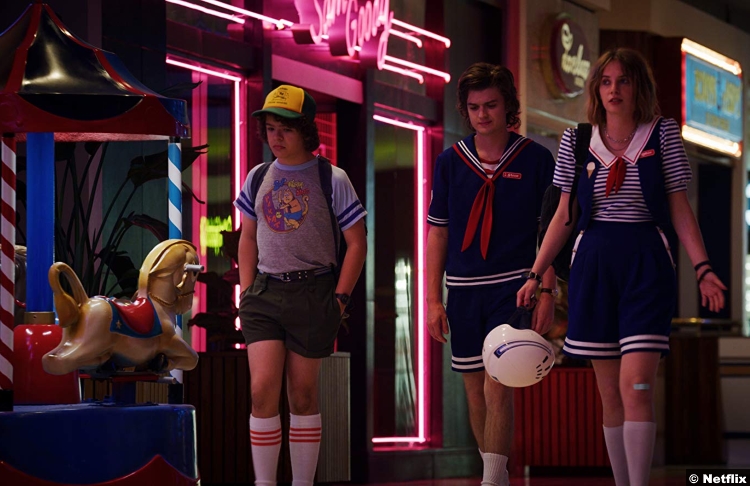 WHEN WILL SEASON FOUR DROP?

Season 2 released around Halloween of 2017, a little over a year after Season 1 (which came out in July of 2016). Waiting a year-and-three-months was bad enough, but the year-and-nine-month gap in between 2 and 3 was excruciating. Season 3 filmed in the spring of 2018 and released a little over a year later. Season four is supposedly going to begin filming this fall, meaning a late-2020 release is possible. 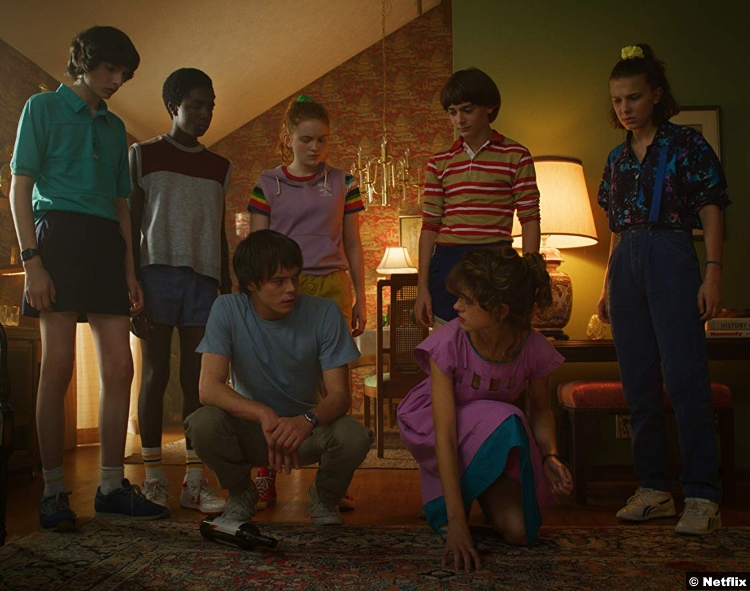 WILL SEASON FOUR BE THE END?

The Duffer bros and Saun Levy had all noted a desire to end the show on a high note, with the former pair saying four was enough and the latter saying he thinks five could be doable. Fans need to embrace the possibility that the next season could be its last, but even if it is, the good news is the writers (who have yet to misfire) will have an ending in mind and will be able to craft a story that has a satisfying conclusion. 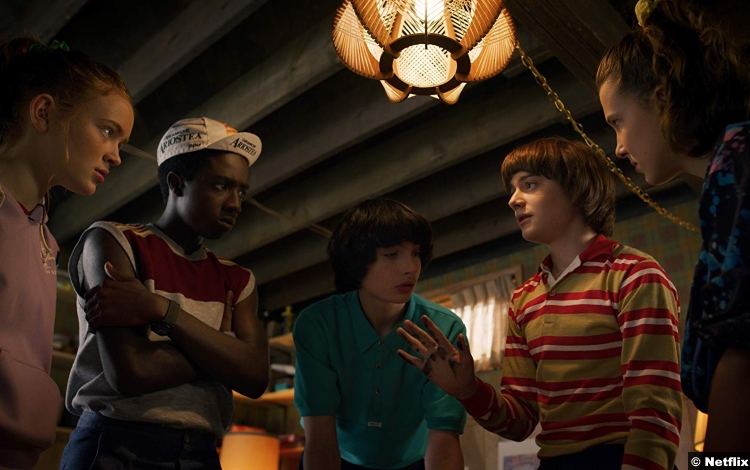 Based on the filming schedule and something Mike said in the final episode of Season 3, I think a Christmas setting is in the cards. Mike mentioned that he was going to the Byers’ new home to visit for Thanksgiving and Eleven could visit him for Christmas (maybe Christmas ’85 but more likely ’86 to match the production schedule).

We could see a season that begins in November and ends at New Years.

Season 1 was inspired by E.T., The Goonies, and Poltergeist. Season 2 added a strong Aliens vibe. Season 3 opened with the Zombie classic Day of the Dead and also took inspiration from Invasion of the Body Snatchers.

If the show stays in 1985, it’s interesting that the Russians are clearly going to be a villain going forward and it just so happens that Rocky IV was released around Thanksgiving of 1985. That’s not my prediction, though. I predict the show will jump to 1986 and I think a big inspiration will be The Fly. It’s exactly the kind of movie I can see the Group going to see (it will have been out a few months by the time of Thanksgiving ’86) and its “man fused with animal to become monster” theme could easily be adapted…

I have a hunch, especially if Season 4 is the finale, that Dr. Brenner will be making a big return. There are two characters in the Group who need thematic closure for the series and Eleven is one of them. Coming full circle and her defeating “papa” would be a fitting end to her character arc. Of course, the Mindflayer is still out there. The Group didn’t defeat the actual monster, just a part of it in our world. The Upside Down still holds the big mama shadow monster-looking thing.

So my prediction is a Dr. Brenner/Mind Flayer merging, akin to Dr. Brundle/Fly in the 1986 sci-fi horror classic. Eleven defeats her papa and kills the Mindflayer in the Upside Down, saving the day once and for all.

Every season has a guest or two that makes fans of 80’s movies go “hey it’s_____!” In Season 1 it was Matthew Modine. In Season 2 it was Sean Astin and Paul Riser. In Season 3 it was Cary Elwes. Who will make an appearance in Season 4? Robert Wuhl? Michelle Pfeiffer? Gena Davis would be too on the nose, especially if the Gang goes to see The Fly.

My prediction is a classic 1980’s “hey it’s that guy” guy…Michael McKean. He could play a villain or a hero. He’s got range! 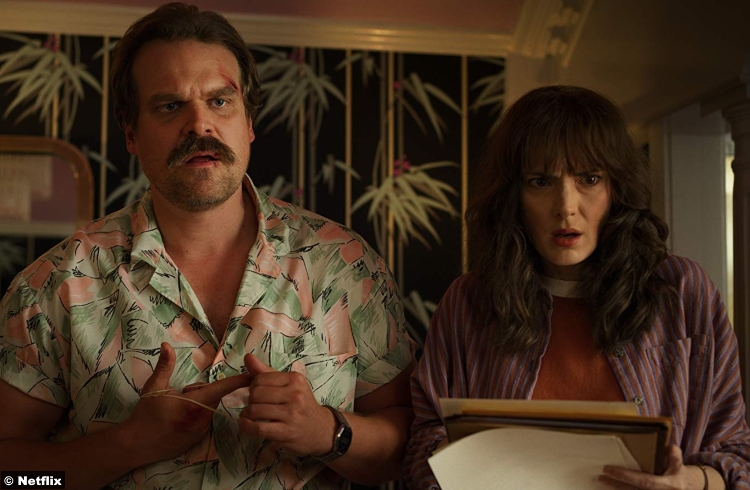 I think most of the internet has settled on this conclusion. We never saw his body or actually witnessed the moment of his death, after all, and that’s rule number one in moviemaking deaths. If you didn’t see it, they might still be alive. So like everyone else, I’ll predict that Hopper is alive, that he escaped through the Gate just before Joyce turned the keys, and that he somehow made it through another gate in Russia where he’s being held hostage.

I think Eleven losing her powers at the end of Season 3 solved a writing problem in that regard, otherwise she might stumble upon him and realize he wasn’t killed. At some point in Season 4 (I predict the end of episode one) she learns he’s out there and the Group sets out to rescue him.

Eleven loses her powers for good. 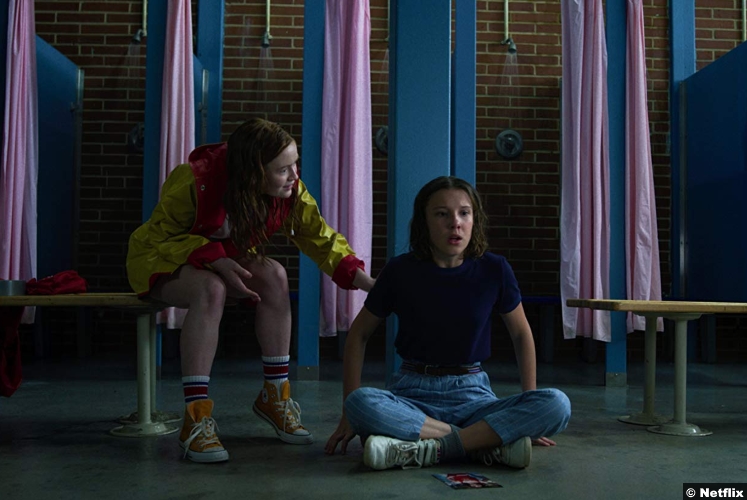 If Season 4 is the end, I think it has to end with Eleven either killed or stripped of her powers. She’s E.T. but she can’t “go home” because she has no home that’s not with Mike and the group. You also can’t let someone with those abilities just keep on being an X-Man when the show ends for good. That’s a thread too loose to be left untied. I don’t think killing her works either, if only because it’s too easy and obvious. So all that’s left is taking away her powers.

On that note, the show seems to be setting it up very well. She saved the day in Seasons 1 and 2 but was forced to rely on her family to do the job in Season 3. She’s no longer “Eleven” but is exclusively “El” now, meaning she’s not defined by her being a science experiment. She’s becoming more and more social, too. Slowly but surely El is becoming just a normal member of the Group. Taking away her powers, perhaps in conjunction with defeating her papa, wouldn’t be a sacrifice so much as a release and a fitting end to her character’s arc. 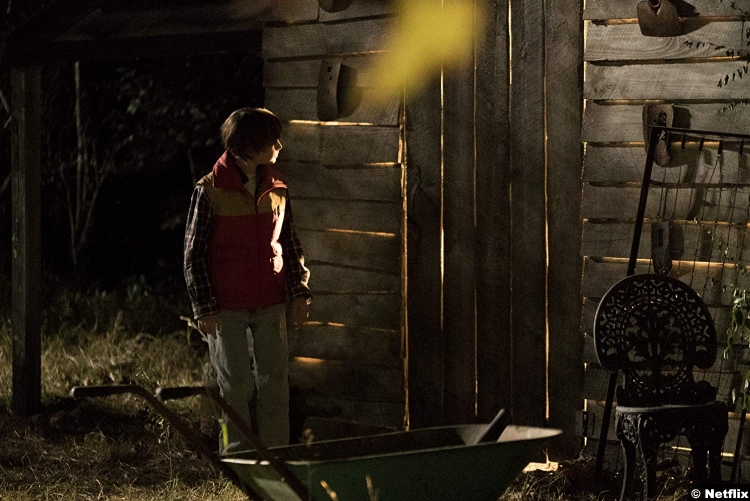 Will is the other member of the Group who needs thematic closure. The show started with him going missing and with Eleven being found. It needs to end with the two of them too, and I was glad to see that they’re going to be quasi-brother and sister in the next season. It’s a pairing we haven’t really had yet and I’m curious to see how it plays out. Those two are linked, thematically, and ending with them both defeating the bad guy and finally saving the day for good would feel right.

But where Eleven should live, I think Will should die. For one thing, I think a big sacrifice needs to be made. It would strike a huge emotional note and rectify the carpet-yanking we’ll presumably get when we find out Hopper isn’t really dead. If this is the last season, you want it to end in a way that really connects with the audience on an emotional level, to ensure a year or so later they will come back and binge-watch it all over again.

Having Will die to protect the Group would do it. 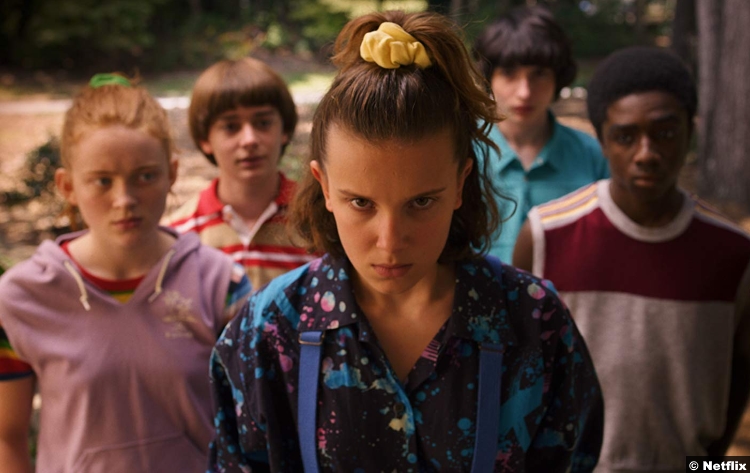 Those are my predictions.

Whatever happens, I know this: It’s been forty-eight hours since I finished Season 3 and so far the wait for Season 4 has been unbearable!