Riverdale S05E17 Review: Dance of Death – That’s more like it!

Now, this is what I want from an episode of Riverdale. I want to let go and let Gaia as everything explodes in ridiculousness. I also want to see my favorite supporting character, Dr. Curdle, Jr. But still, at the same time that it’s going completely bananas, there’s also a kind of melancholy to this episode. Yes, I’m still talking about Riverdale.

As this season draws to a close, we’re tying up some of our loose ends. Most prominently, we’re tying up the whole Mothman thing and the Lonely Highway Killers plotlines. As it turns out, they’re connected. If that surprises you, then how did you like this, your first ever episode of this show? 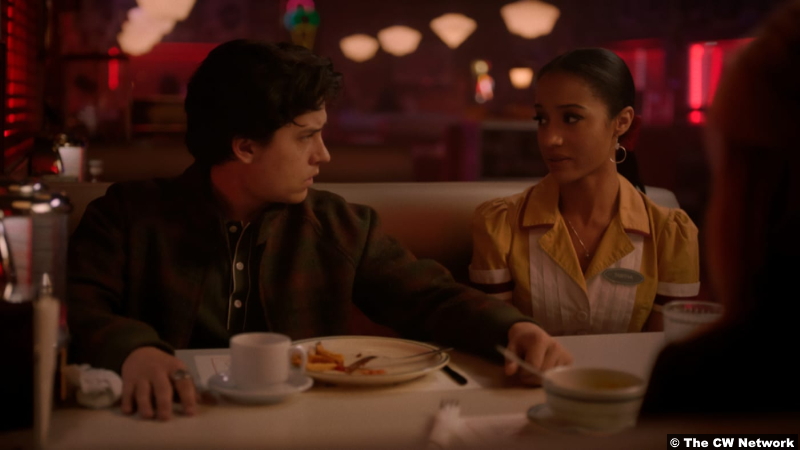 It all starts when Tabitha gets a call about a former employee, Lynette “Squeaky” Fields. (Really? I mean, I know I called this out before, but still…really?) Her family is concerned because she’s been missing ever since she was supposed to leave Riverdale. As you can see from that previous review, something happened to her when she was leaving town. So Tabitha tasks Jughead and Betty with finding out what that was.

Unfortunately, that mystery solves itself pretty quickly. Someone finds another body in the swamp and Curdle, my love, tests it against Betty’s DNA. It’s not a match, though, because it’s Squeaky. Poor Squeaky. What is a match, though, comes as a surprise. That trucker Betty kidnapped is her distant relative. She’s skeptical at first, because please tell me we’ve exhausted all the Coopers there are. We have? Good. But that still leaves the plentiful Blossoms.

On a related note, it seems as if Jughead were just the shot in the arm that Betty’s investigation needed. Mainly that’s because he’s got information she doesn’t, so when they combine what they know, it just works. And what he knows is Mothmen and that corpse in the maple barrel. This leads to Betty basically strong-arming Nana Rose into giving up what she knows. Boy, is it a doozy.

First of all, the body in the barrel was no mystery. It was also no alien. It was a person, and Nana Rose knows exactly who it was because she put him in there. Apparently, Nana Rose would cart off her philandering husband’s offspring and give them to a family in the woods, the Starkweathers. Again, really? That barrel body is just another one of those children.

So like, dang. How many kids did Papa Blossom have? Nevermind, Salome, you’re thinking about it. Don’t think about it. Oh, it’s about 6? Okay. Anyway, after that, Betty and Jughead go talk to Lerman Logan, Jughead’s former student who once disappeared for days. He tells them that actually, he was held in a shed not too far from the Lonely Highway. He knows that because a Mothman told him it was a mistake (for Lerman to be there) and then released him on the highway. (It was a mistake, obviously, because this group of ding-dongs only takes and kills girls. So that’s pretty realistic.) 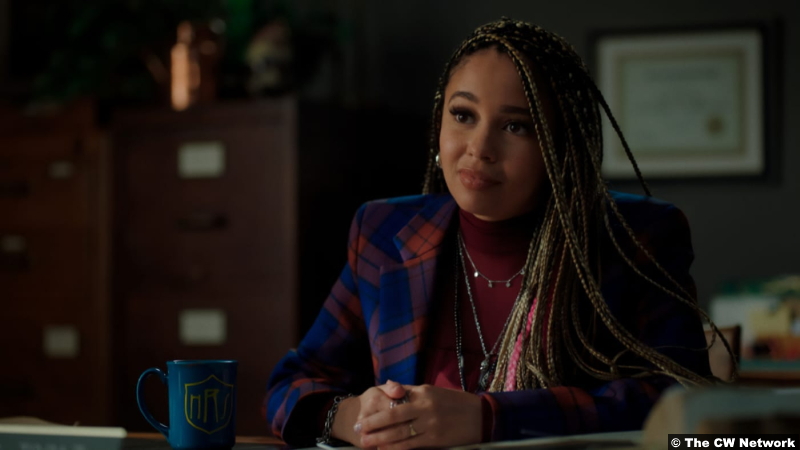 Doing a little calculation, triangulating the woods and the highway and the spot where Lerman reemerged, and what do you know? The most likely candidate is Old Man Dreyfus‘s house. Luckily, Betty’s learned something and doesn’t just go off to the house alone. Or alone with Jughead. She calls for help, and gets it from Fangs and Toni. Toni has a personal interest herself, as one of her students, Britta Beach (Kyla Leroux), has also just disappeared.

While all this is going on, by the way, Hiram and/or Chad has set off an explosion in the mine, trapping Archie and Jackson down there. They make it out with the help of ghost soldiers. Earlier, Chad had tried to just straight-up murder Archie. I’m not sure why effete Chad thought he could take out a combat vet who once survived a bear fight, but we all have dreams. I’m betting Chad’s wasn’t to try killing his estranged wife, only to have her take him out, instead, though. 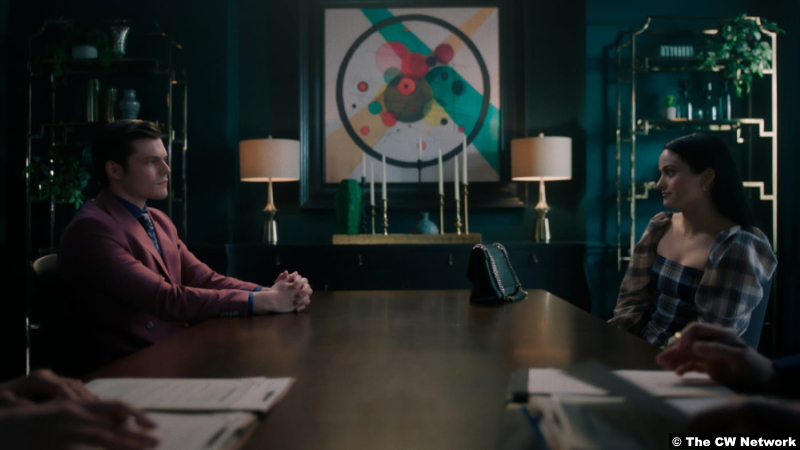 Anyway, back to Mothmen. They’re not real, sadly. At least, not on this show. (You’re still real in my heart, Mothman!) They’re just the Blossom illegitimates–or their descendants, rather–kitted out in metal costumes. There’s scuffling, and Fangs gets caught in a bear trap, which sucks, but thankfully, he and everyone else, including Toni’s student, makes it out of there mostly okay.

One person who isn’t there, though, is Polly. Finally, Dreyfus gives it up, telling Betty that she’s in the scrapyard. Alice accompanies Betty there, although I really don’t know why they both had to go. Maybe they both just needed to see for themselves, but it’s brutal to watch. We don’t see what they see, but judging by their reaction, Polly is indeed in that trunk. And I shed one (1) tear.

8/10 – This was actually a pretty good episode of Riverdale? I mean, I’m choosing to ignore how Kevin was so weird about the nature focus of the ministry, because if you’re going to ask questions about your chosen religion’s deity, then the time to do that is before you join. But beyond that, and the camp offensiveness of naming characters after notorious criminals, this had several high points. They include the sensitive way in which Toni counseled Britta, the straightforward approach to solving the season’s two biggest mysteries, and everything Veronica did. Also, a moving ending for Polly’s story. And I’m going to take all this in and hold it, because I’m being told that we’re doing a musical episode AGAIN next week.