This week, the show takes a cue from its title inspiration, Night Gallery. Running from 1970-1973, the show was hosted by Rod Serling, who, of course, created and hosted The Twilight Zone. Like Serling’s previous show, Night Gallery was an anthology. Serling would greet viewers from an art gallery, where he would show paintings as an introduction to that week’s stories. Riverdale borrows from that in this episode by having Cheryl show Minerva paintings and then explain the story behind each one.

The first is Archie, who’s decked out as a miner. In his story, Cheryl approaches him, Jackson, and Uncle Frank to explain that she’s recently become aware that the Blossom maple groves sit on a pile of palladium. Wait, time out. When I watched this, I was like, yeah, that is weird that she’s the last to know. But she isn’t. 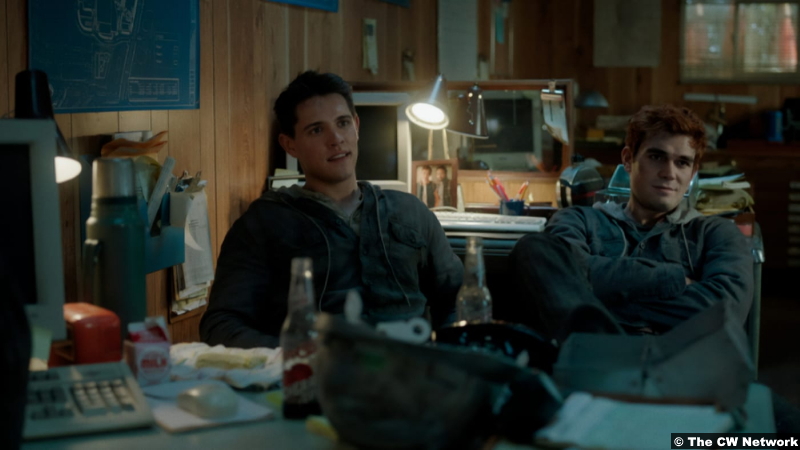 Back in episode 10, Reggie tried to buy access to the groves. He wasn’t successful, because, if you read that review, then you know that he got Nana Rose’s signature. Cheryl stopped the sale because she has power of attorney or whatever over her nana. Did no one tell her why Reggie and Hiram wanted the groves?

Anyway, doesn’t matter, forget it, it’s Riverdale, etc. Now that she’s aware of the palladium, Cheryl wants the boys of Andrews Construction to mine it. They sign on immediately, despite the fact that only Frank has a teensy bit of mining experience. And it goes great, the end, see y’all next week.

Of course it doesn’t–this is Riverdale. Actually, there’s a carbon monoxide leak in the mine. Instead of just dying, though–not dramatic enough–everyone starts hallucinating and becomes violent. They figure out what’s going on, though, before there’s permanent damage. Archie’s even seeing a therapist now, so this is too healthy for this show. Let’s move on to something more Riverdale (read: more bananas).

Betty is holding that trucker captive. She’s doing it alone because Tabitha was like, uh, I was just trying to keep you safe. I’m not trying to take up torture and murder as a hobby.

At first, the trucker protests that he has rights. Betty tells him that he’s not in the United States, though–he’s in Riverdale. (Riverdale is an independent republic: confirmed.) 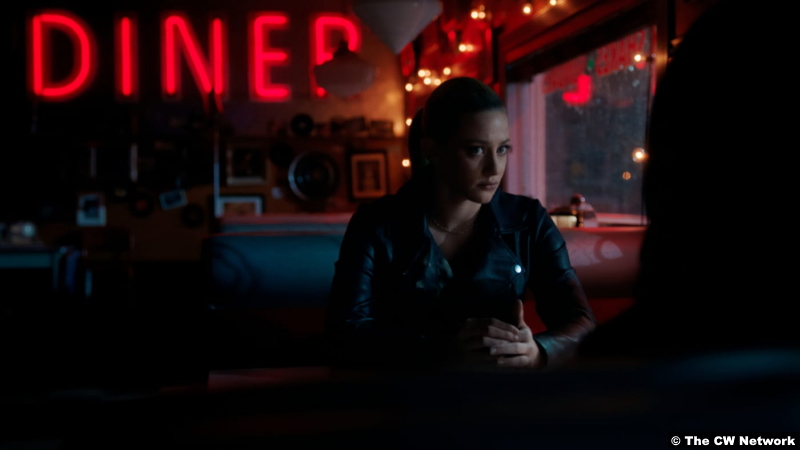 She tries multiple things to break him, including bringing in Alice. Her mom, by the way, will later encourage her to murder this man. Multiple yikes. But nothing works, including her threats of torture, which we find out via flashback that she’s parroting from the Trash Bag Killer. (Or Bin Bag Killer for everyone in the UK, I guess.) In the end, the trucker alludes to knowing Polly, but he gives up no information on her whereabouts, and then he kills himself. Betty decides that there must be more killers out there. Deep sigh.

Speaking of unknown whereabouts, the third painting is of Jughead, who’s in an Alcoholics Anonymous meeting or some such. Unlike actual AA meetings, though, they allow him to hijack the whole thing with a frankly bonkers story. Equally bonkers to the story is the fact that it’s given equal weight to Archie’s PTSD or *waves hands* just everything that’s going on with Betty.

Okay, the story. Remember when Betty played that really mean voicemail from Jughead? He left that the night of his book release party. Betty was supposed to come, but then she didn’t or couldn’t (probably because of dumb ol’ Glen). So Jughead found a liquor store and then he drank it. Then he staggered off to the party, leaving the message for her on the way. 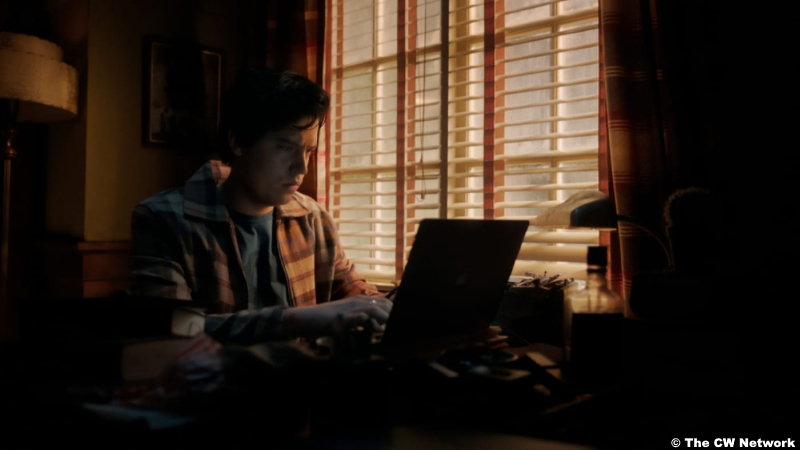 He didn’t actually make it to the party, though, because he fell through a sinkhole. When he came to, he was being threatened by the Rat King, a man who apparently lived down there in the sewers. Jughead bought his own safety by telling the man stories, as if he were Scheherazade but with more rodents.

Then he woke up in the hospital, where he was being treated for rabies, because none of that was true. He did fall through a sinkhole, but there was no wild-eyed man calling himself the Rat King. Instead, a bunch of rats swarmed Jughead and he was so traumatized that he made up this whole story. And yes, it is very gross and upsetting. But Archie watched his friends die, man. You know, in The War.

8/10 – This was pretty much the best you can expect from a Riverdale episode, and I don’t mean that as an insult. It was silly, yes, but dark and absurd-funny enough to cover up for it. Great directing from Mädchen Amick, too!

And you can check out the original Night Gallery here.