First, the biggest mystery of this week–is this episode called “Purgatorio” or “Purgatory”? I’ve seen both used in various places, but “Purgatorio” seems to be the most common, so that’s what I’m going with.

Second, this episode was mostly table-setting, which feels really strange for a show in its fifth season. This, however, is basically a reboot of the show, so you get used to it. 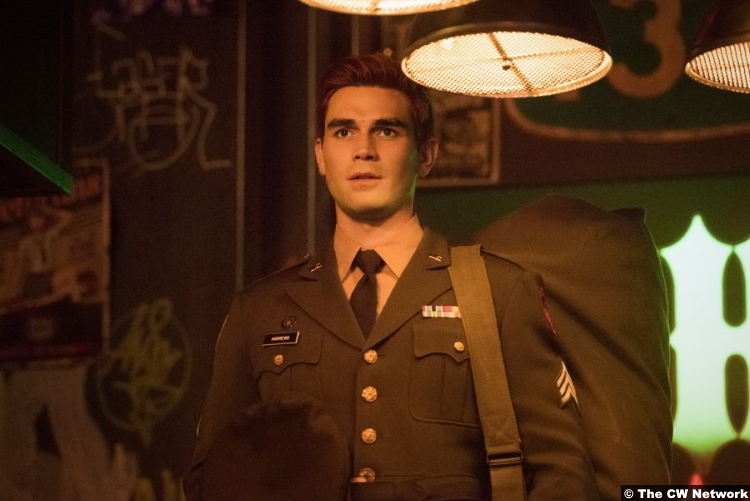 I might never get used to the concept of Sergeant Archie Andrews, though. Just saying the words “combat vet Archie Andrews” makes me feel woozy, after all. We don’t get much insight into Archie’s combat past, in any case,  save that he was wounded.

He’s just finished his recovery in the hospital, in fact, when his superior officer reassigns him to Riverdale to revive the RROTC. This will apparently be his first visit home in seven years, which is weird. Like, he didn’t come home once, even to check on the El Royale? Sure. 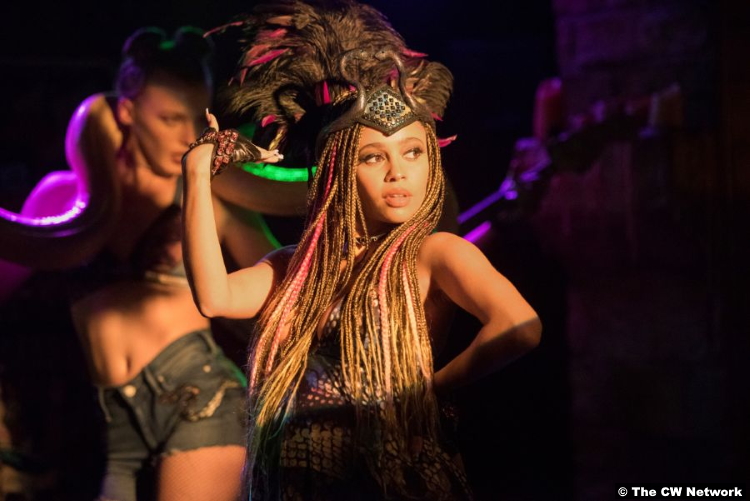 Anyway, the change in town is easy to see from the moment Archie arrives. Pop’s is still around, but it’s Tabitha Tate (Erinn Westbrook), Pop’s granddaughter, who’s behind the counter. And downstairs is now the new location for the Whyte Wyrm, now a Serpents stronghold run by Toni. Also, she’s visibly pregnant. They’ve written Vanessa Morgan’s real-life pregnancy into the show, but are keeping the identity of  Toni’s baby’s father a secret. God, I hope it’s not Hiram.

Speaking of him, he’s the reason why Riverdale is such an ess-hole right now. He’s basically choked off the town with pep so he can finally build the SoDale he’s been planning for so long. What that means for Riverdale is that anyone with money fled town when they could, leaving only the more economically disadvantaged to suffer in the crumbling burg. Fires burn constantly, Skid Row expands every day, and the freakin’ Ghoulies have taken up residence inside the old Andrews place.

Archie can’t countenance this, of course, so he starts calling his friends home. Well, Kevin and Fangs are still in town and still together. Reggie now works for Hiram. As for Cheryl, she’s still living with the inexplicably still alive Nana Blossom, and they’ve essentially Grey Gardens-ed themselves into reclusion. 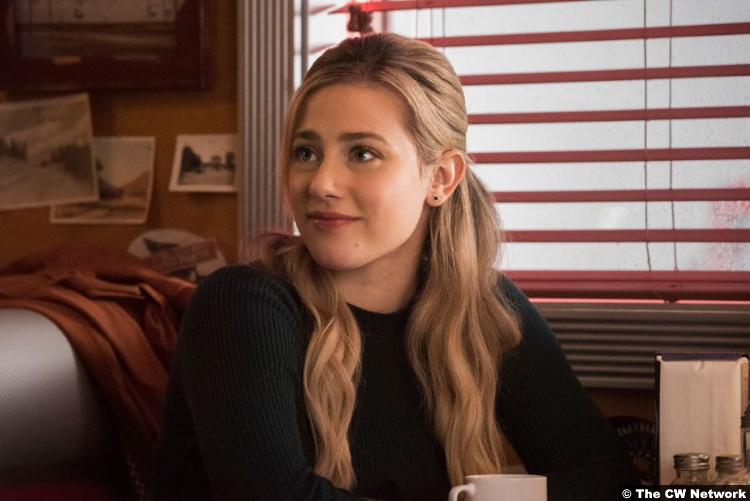 And then there are the remaining pieces of the core four. Betty is training to be an FBI agent, but having a tougher go of crime-fighting than she did as a teen. To that end, she didn’t wait for backup when cornering the “Trashbag Killer,” who then cornered her and kept her captive for two weeks. She’s pretending like she’s okay, but her dreams say otherwise. She also has a boyfriend who’s just kinda there. 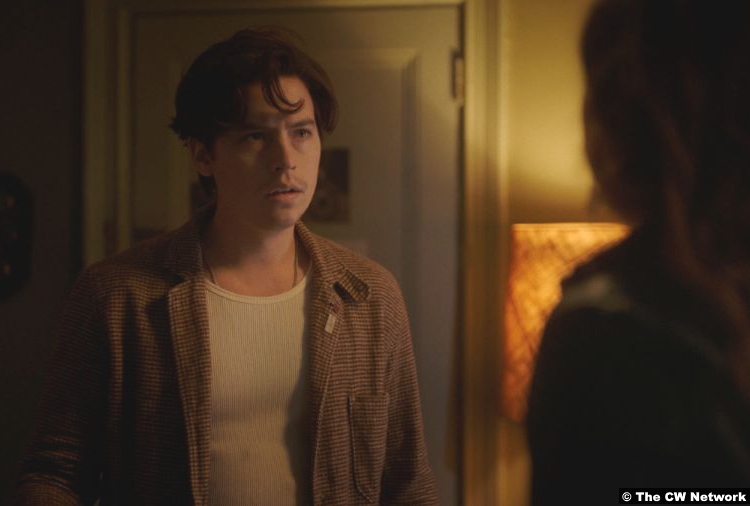 Her ex-boyfriend, now the very esteemed Forsythe Jones, is a published author. He’s in a deep sophomore slump, though, and the debt collectors are literally at his door. The only woman who shows interest in him, besides the girlfriend that just dumped him, is a grad student who sleeps with him so he’ll read her manuscript.

That leaves, of course, Veronica. Her storyline, even seven years later, is still boring to me, but I realized why. Veronica is always too level-headed, too controlled to have an entertaining plotline. Even though they insert her into an Uncut Gems story (as Betty is clearly in Silence of the Lambs), it still lacks the energy of the others’ stories. It definitely lacks the energy of its inspiration, which felt like a two-hour panic attack. (I loved it.)

Nevertheless, I have to give her credit for coming home when she’s called, as does Betty and, uh, Forsythe. Toni is also invited into the group, which might be because Vanessa called out the show for making her character basically an accessory for Cheryl. No matter the reason, I’m glad to see it.

Anyway, the rest of the group looks less than enthused about saving Riverdale, but that’s okay. They came, didn’t they? There’s still a part of them then that feels tied to this town and that part can end Hiram Lodge’s reign for good.

But, as usual, there will be some distractions. A waitress (whom the show names after Squeaky Fromme for some reason?) meets an uncertain end at the end of the episode, so that’s what? The fifth serial killer in this town? I’ve lost count.

8/10 – What is this show that calls itself Riverdale but is not ridiculous? Or at least, not completely ridiculous–I have noticed that Sgt. Archie’s apparently fighting a war in the 40s while coming home in a uniform from the 50s. Anyway, it’s odd and unsettling, and I’m going to get used to it before they go back to their classic bananas style.