Riverdale S05E09 Review: Destroyer – Moonwalking into the past?

Someone on Twitter said that this season is like a more mature version of season one, and I can definitely see that. But the changes that they are making, like giving Kevin his own real storyline, ain’t great, either. Like last week, I mentioned that it didn’t make sense for Kevin to be suddenly shy about relationships when he’s always longed for connection. This week, they throw in a backstory to explain that that is just…my goodness. 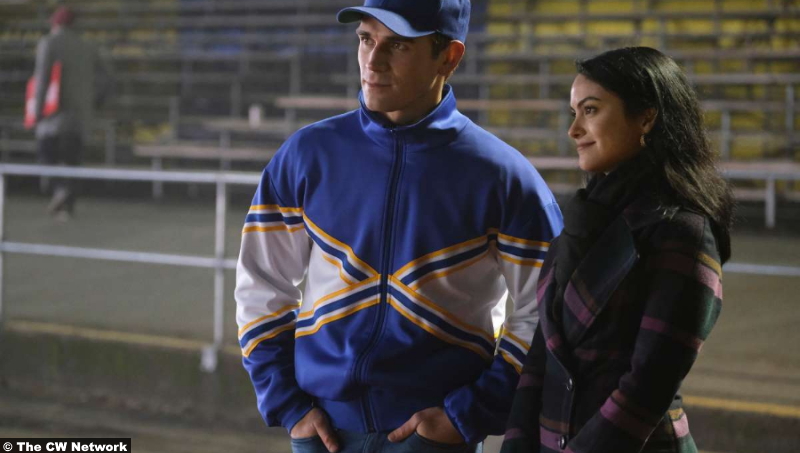 You see, it wasn’t just a simple human connection that had him out in the woods and the saunas and the truck stops, cruising. Nor is he just doing it because he’s an adult and he likes it. No, he cruises because there’s something deeply wrong with him, you see. It’s interesting–and by “interesting,” I mean predictable–that the same show that would introduce a storyline about alien abduction perhaps being a coverup for trauma couldn’t think of a more sensitive way to portray this. But they don’t, in lieu of having some homophobic cartoon beat the shit out of Kevin. It’s garbage, quite frankly.

And of course, it’s basically the only forward momentum this week. The rest is back to the past. You can look no further, for instance, then the long stretches of time devoted to the *deep breath* epic highs and lows of high school football. First of all, in what shouldn’t come as a great shock, the Bulldogs suck. Oh, wow, you mean the team Archie cobbled together from kids who just kinda wanted to do it isn’t a team of all-stars?

Anyway, Archie gives a lot of inspirational speeches and Veronica brings in a pal from the “New York Goliaths”–I am wheezing–to give some more. At first, though, it’s to no avail. The Bulldogs are so bad that Reggie comes to Pop’s to give Archie the bad news: the other teams’ coaches want the Bulldogs to drop out of the league. That doesn’t sound real at all, but whatever. It was a nice touch for Reggie to call all of the children on the football team “losers” as he left, though. 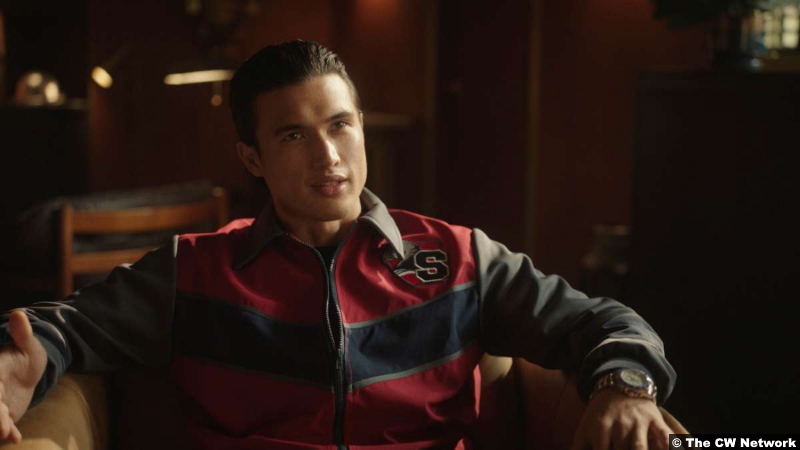 The clear motivator behind that, obviously, is Hiram. Ostensibly he doesn’t want the Riverdalians to feel hope like they might if they had even a mildly successful football team. Really, though, he is still warring with his daughter and her friends. They’re not teenagers anymore, but that doesn’t make it any better. He’s still acting like one.

Finally, though, the motivation works…ish. They manage to score a whole touchdown. I actually got into it for a moment–I’m an Alabamian and thus primed to get excited about football. But then I was like, wait, that was just a touchdown. They’re going to have to make up a lot more ground to win this. And they didn’t. But somehow, scoring that one touchdown was enough to inspire just enough hope that they could do it again. Well, good for them.

Now back to no hope. That’s what Betty’s feeling this week when she gets some blood results back. It’s the same blood type as Polly’s, which everyone seems to take as a certainty she’s dead, which is weird to me. I mean, she probably is–Tiera Skovbye, who plays Polly, is currently starring on the show Nurses, so she’s not really available. But the same blood type is not a dead match.

It doesn’t matter in any case, because Betty takes that as the cue for Dark Betty to come roaring back. To that end, she starts beating up truckers. I’m not sure I understand your calculations here, Betty. Jughead, though, interrupts her probable murder of one such trucker to tell Betty that he knows someone who might have information about Polly. 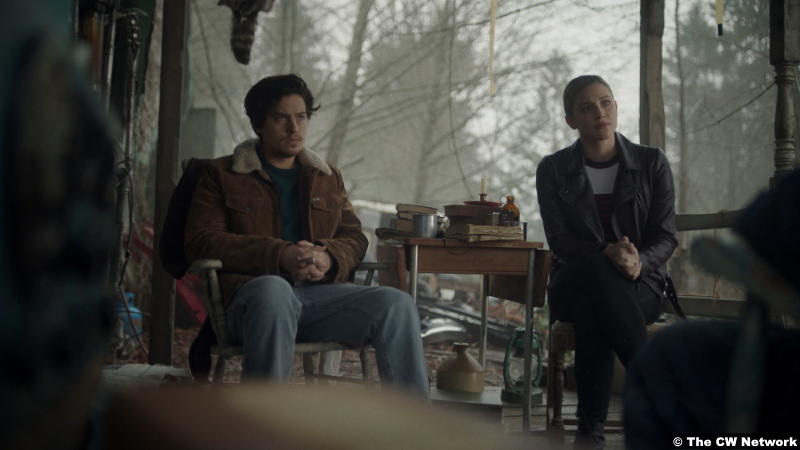 By this, he means Old Man Dreyfus, the guy who wants to be abducted by Mothmen. And this leads to my favorite scene of the episode by far. The moment Betty realizes what Dreyfus is talking about–aliens–and turns to Jughead was so funny to me.

Less funny, though, is one of Jughead’s students, who’s improbably named Lerman Logan. He’s turned in a disturbing short story, full of allusions to mothmen and such. It ends up maybe being a metaphor for the fact that he’s a sleepwalker, which has led to some frightening incidents, including one where he disappeared for days. Again, this is interesting–the idea that folks are using supernatural phenomena to cover up for the very real traumas they’ve experienced. If only the show could go forward toward that instead of reenacting the past.