This week’s episode deals with topics like inflation, the disappearance of almost two dozen at-risk girls, and the plight of soldiers post-war, especially with a Department of Veterans Affairs that can feel indifferent. I know what you’re thinking: Wait. That doesn’t sound like Riverdale.

Don’t worry, though. There are also aliens. The show has gotten better, but it hasn’t gotten like, serious or something. Gross.

Anyway, I completely forgot that the last episode ended with the Andrews’ house on fire. In fact, I didn’t remember until someone mentioned it minutes into the episode. So, uh, I’m glad it turned out well? 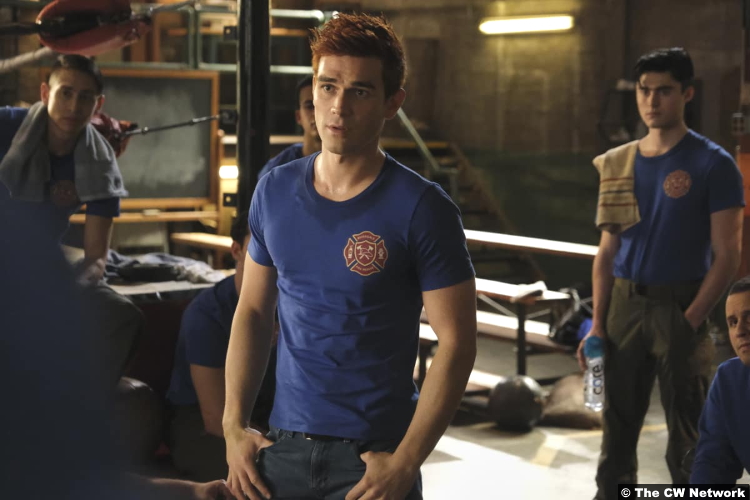 Even if we don’t see the full aftermath, it has one immediate lesson for Archie: this town needs a fire department. He tries enlisting his friends, but they’re like, you want us to do what now? Like, we’re already putting our lives on hold to revitalize this town and take jobs as high school teachers at a rickety version of Riverdale High.

So he asks the town’s old fire captain for help, and he too is uninterested. The next logical choice? Youths. Specifically, the Riverdale RROTC. Sure, let’s recruit a brigade of teens to fight fires. We could call it a children’s crusade. (Wait, I’m being told that name is highly problematic.)

At the same time, Archie’s old buddy from The War, Jackson (Sommer Carbuccia), comes to town, and starts helping out with the training. They’re training at the El Royale, which Archie finds out was used as an encampment for unhoused folks. He finds that out, by the way, when one of them shows up, looking for a place to stay. That man later alerts the group to another fire, and Archie, who’s gotten so smart until now, runs alone into the building. (That is a direct violation of the first rule of firefighting, which was not, as I thought, “Uh, put out the fire?” but instead, never to go in alone.)

Anyway, Archie’s bravery so impresses the former fire chief that he decides to return. Jackson, meanwhile, will be in charge of the new fire department, which is a good thing. It gives him purpose and a place to go, especially now that his place at a veterans’ home has been unceremoniously canceled. They also get a new fire truck, courtesy of Veronica. Great God almighty, how old is that thing? 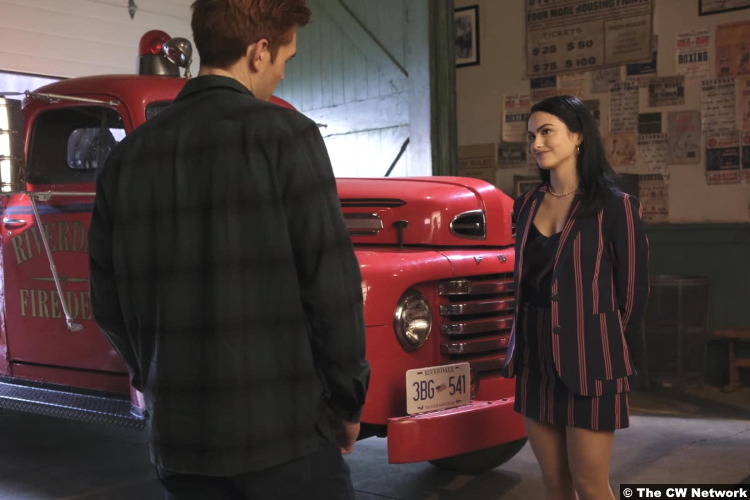 As for her, her subplot this week is a lesson in why you don’t trust the recovery of a town’s fragile economy to youths. She comes up with a plan to boost said economy by printing their own town-specific currency. It’s basically intended to be a stimulus, whereby residents earn these RiverDollars and then spend them at participating businesses. Meanwhile, Ronnie’s money provides a stake for it all.

Or at least, that’s how it would have worked had the dumb weiner kids in her class not gotten greedy and increased the number of notes in circulation. (Side note: As for Hiram threatening her with the Treasury? I can’t determine if it’s actually illegal, but her reference to another town doing it is actually accurate. I know. On Riverdale. To be specific, Tenino, Washington issued wooden currency last year.)

Meanwhile, for Betty, the most pressing issue is, of course, that body in Swedlow Swamp. Dr. Curdle, Jr., whom I’m pleased to report is still on the job–I love that weirdo–tells the Coopers that there’s no way it’s Polly. While he doesn’t have an ID, the body’s been gone too long to be Polly.

That in turn leads Betty to a full nightmare subplot, in which she eventually figures out that almost two dozen young women have gone missing in Riverdale. And they’re probably not headed off for better lives, either, because again, they’ve found bodies. As if that news isn’t bad enough–and Polly’s still missing–it gets worse for Betty. The Trash Bag Killer is back. 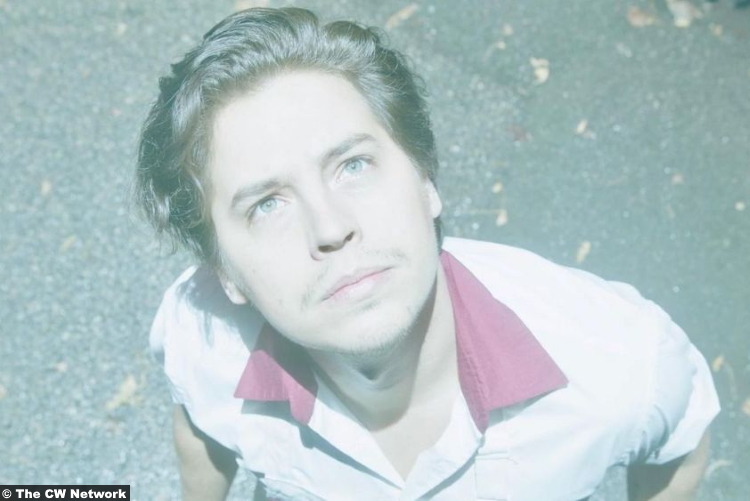 And while Toni and Cheryl are having a dance-off, Jughead continues in the most Riverdalian plot outside the new, new serial killer: the Mothmen/Aliens (?). Combing through old newspaper articles, he spots a familiar name. And one Pop Tate gives Jughead his recollection, complete with a groovy flashback. He wasn’t the only one we know at the diner that night, though. Nana Rose, also groovy, was there. Oh, and she claims to have a Mothman body, preserved in what else? Maple syrup. Actually, she finds it and turns it over to Jughead. Is it real? Well, we don’t know, because it disappeared, right after Jughead had his own close encounter. Aliens!

7/10 – Despite the fact that I’m still blown away that Riverdale is handling serious topics with some grace, it didn’t exactly make this a good episode. At least we have the Mothmen, though.